BEGLIKTASH, A MEGALITH IN WINTER | VAGABOND Skip to main content

A short drive north of Primorsko, a resort town on the southern Bulgaria Black Sea coast, you will find a site that challenges the imagination. 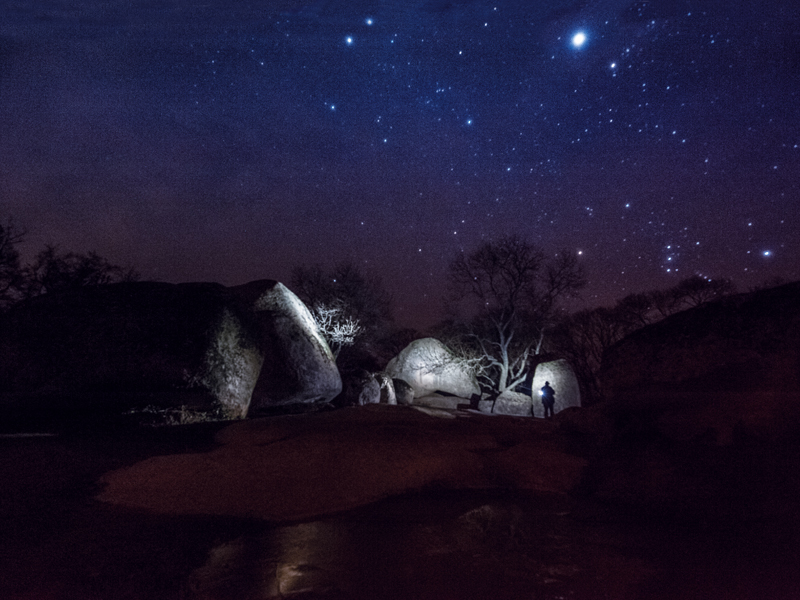 The ancient Thracian sanctuary known with the Turkish word Begliktash stands in a meadow that opens up dramatically before you after a 40-minute walk along an overgrown path through the oak forest of the Strandzha. Anticipation builds even before you start on the path because just where it begins is the Dragon's Houses, a Thracian dolmen hidden by a canopy of tree branches.

Scattered seemingly at random, like the abandoned building blocks of a giant baby, some of the rocks which make up Begliktash weigh up to 150 tonnes.

Millennia ago the Thracians used the site as a shrine, while under the Ottomans it meant no more to the local people than the rocks, or taşlar, where the beglik, or sheep tax, was collected.

The first researcher of the site was the Czech historian and archaeologist Karel Škorpil, who, at the end of the 19th century, produced an early scientific account of the sanctuary. However, the wider public only became aware of the existence of this fascinating place as late as the early 2000s. The reason? During Communism, Begliktash was in the grounds of the Perla Residence, the off-limits hunting-and-vacation resort for high-ranking Communist apparatchiks. A hunting watchtower still rises in front of the sanctuary, a reminder of the times when Party men, guns in hand, waited for some easy game to appear.

The first excavations of Begliktash began in 2003 and research concentrated on the sanctuary's central section. The finds revealed that the shrine was used between the Late Bronze Age (mid-2nd millennium BC) and the advent of Christianity in the 4th century. Most of the artefacts pointed to fertility rites, solar and chthonic cults: stone axes, ceramic fragments, flint knives and arrows, charred deer bones.

The researchers also tried to identify the different parts of the sanctuary and to give them meaning. Besides the hollows of ritual basins and canals over the surface of the sanctuary, some of the rocks and boulders were interpreted as being an altar, a throne, a menhir, a dolmen. A huge flat rock was identified as the bed where the priest would perform sacred sex in a ritual aimed at reviving nature. The so-called Great Dolmen, an imposing structure – 12m long, 9m wide and 5m high – is believed to be a royal tomb. 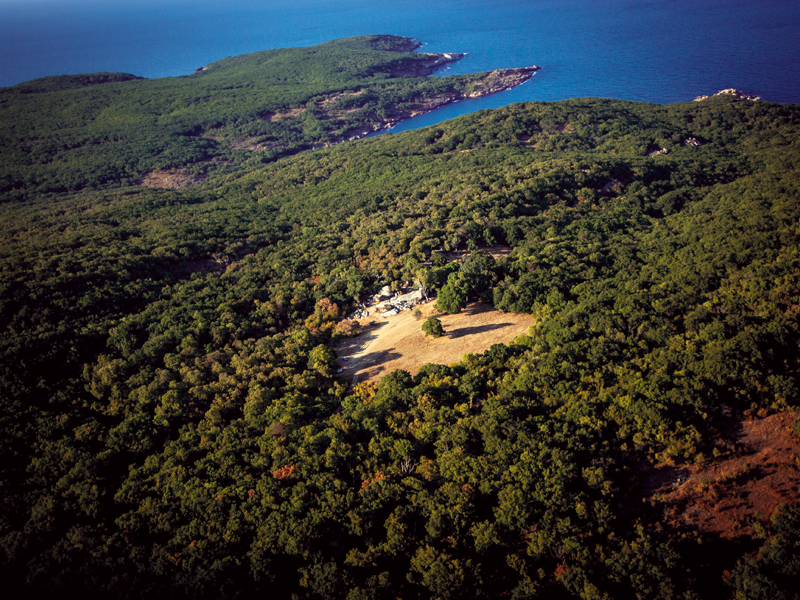 Begliktash seen from the air. The site now looks lost amid the oak wood, but its name suggests that it used to be the place where local sheep tax used to be collected

Near Begliktash is another site of Thracian interest. About 2.5 km from the mouth of the Ropotamo River, on top of the Lion's Head rock phenomenon, are the remains of a fortress the locals call Chengersko Kale or Valchanovo Kale. The fortress was used between the early 1st millennium BC and the end of the 15th century AD, and a strong wall of massive boulders not unlike those seen at ancient Troy and Mycenae still survives, at places rising to 1.5m.
Treasure hunters have invaded the site for centuries, searching for the gold of the legendary Valchan Voyvoda, a local brigand who used to rob Ottoman tax convoys. Nearby is a dolmen. 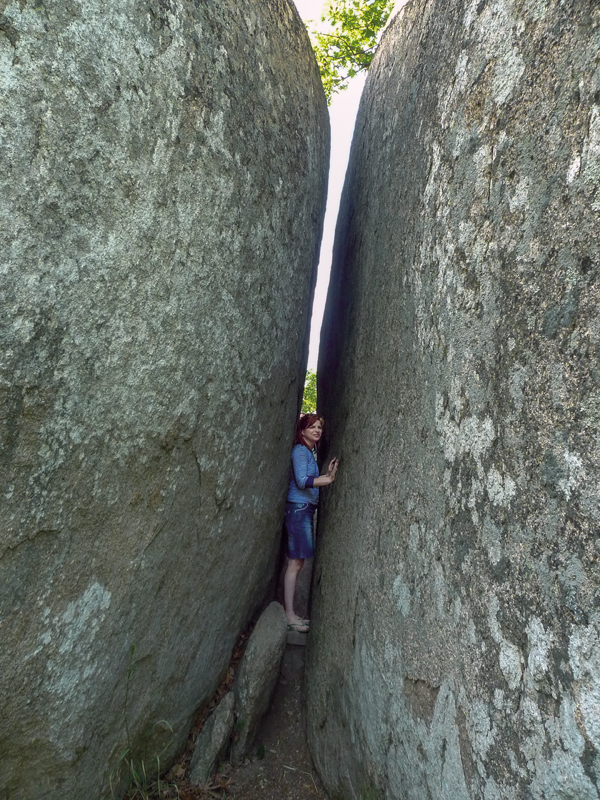 According to popular belief, only people without a sin (and excess weight) can squeeze between these boulders 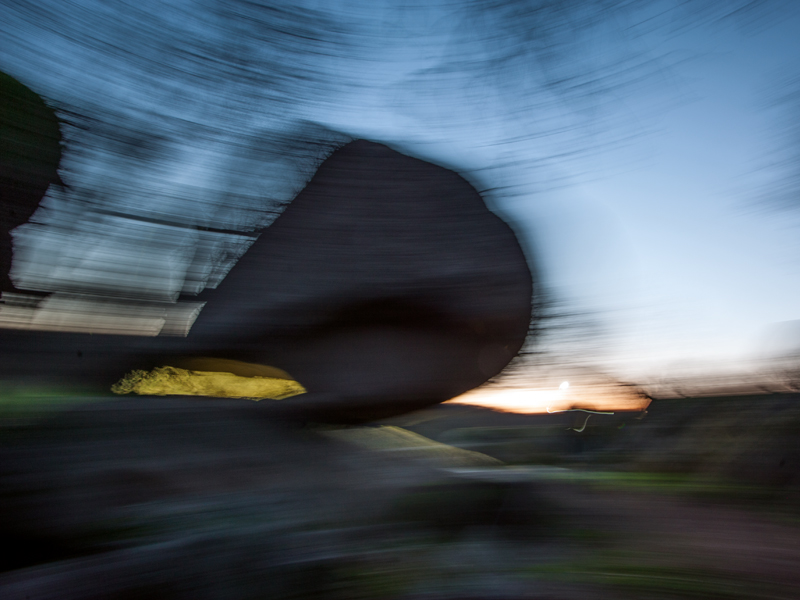