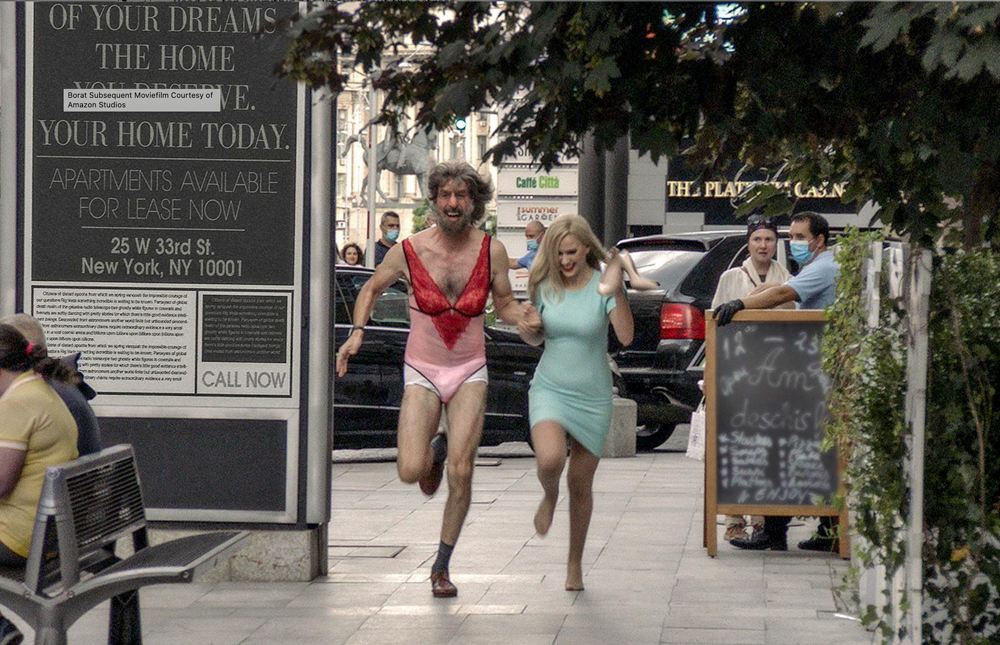 Where are the Bulgarian Oscars? For years this question – coupled with the notable lack of a Bulgarian Nobel Prize winner in anything – has troubled the Bulgarians, perhaps bespeaking a very deeply ingrained cultural inferiority complex. However, that is only on the surface. In actual fact it indicates an equally deeply ingrained national schizophrenia where two ostensibly opposed ideas – that Bulgaria is too small and insignificant to make any difference in the wider world but at the same time should be lengths ahead of it with the millennia of real or imaginary history under its belt. Many Bulgarians see life and the world, including the Oscars, from this bipolar standpoint.

An additional complication to the inferiority malaise is that even smaller nations, like North Macedonia, have had their nominations already.

Early 2021 seems to have poured oil into the fire by producing the news that not one but three Bulgarians got Oscar nominations: Maria Bakalova, for supporting actress in Borat Subsequent Moviefilm; and Dr Iliyan Ivanov and Dr Dana Prodanova, as associated producers of the short feature Feeling Through. Curiously, Maria Bakalova and Iliyan Ivanov both come from Burgas on the Black Sea coast. Until Borat-2 Bakalova, who had had a few domestic appearances, was virtually unknown.

While Feeling Through, a story about a homeless teenager helping a blind-and-deaf man navigate through New York, is straightforward and therefore relatively innocuous, Maria Bakalova's nomination ruffled more than one feather both domestically and internationally.

In just a year, the 25-year-old graduate of the National Academy for Theatre and Film Arts succeeded to make the ultimate actor's dream come true. She auditioned for a movie directed by a star, Sacha Baron Cohen, she won the role, and then she, to put it simply, stole the show as the wild, ignorant and sweet Tutar, Borat's teenage daughter, who encounters the best and and the worst of being a woman in the United States at the end of the Trump era. The most outrageous, and therefore the most notable, scene – notwithstanding her appearance at a Southern Belle ball where she lifts the skirt of her beautiful gown to show her menstrual blood to a scandalised audience – was her encounter with Rudy Giuliani, Former President Trump's legal adviser. Bakalova hoaxes Giuliani to enter a bedroom where he is seen sneaking a hand into his pants while Sasha Baron Cohen, dressed in drag, storms into the room shouting "She fifteen, she too old for you." 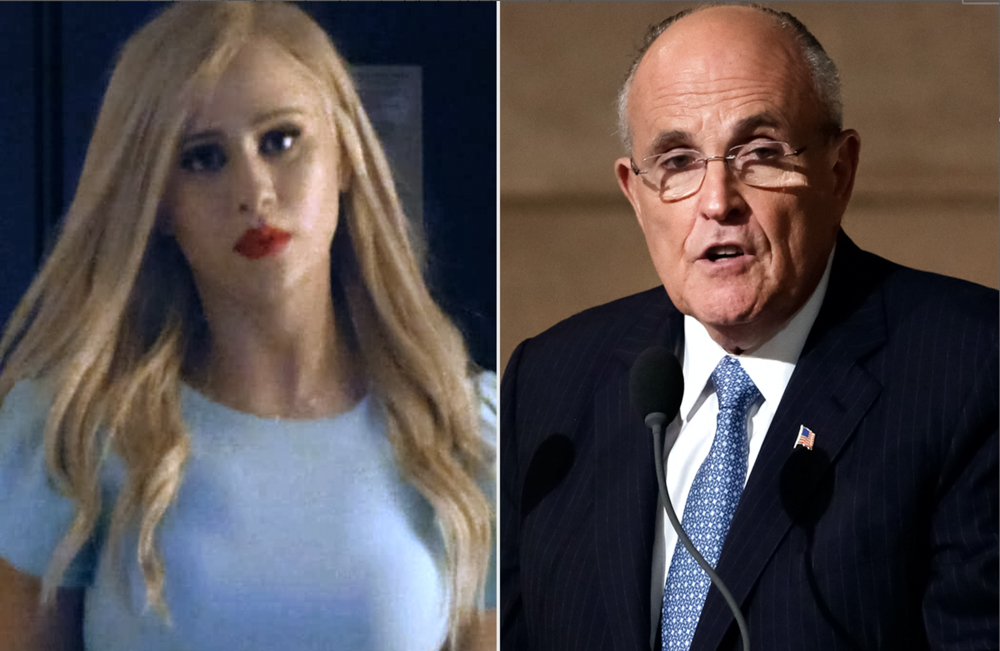 Borat Subsequent Moviefilm is raucous and of course difficult to stomach. But Bakalova's Tutar is so convincing, both hilarious and endearing, that the gates of fame and stardom were quick to open for the young Bulgarian. A first-class acting agency recruited her. Critical acclaim ensued. Appearances in late-night shows followed fashion shoots for Dior. A deluge of awards and nominations from the Oscar for Best Actress in a Supporting Role (alongside Glenn Close, Olivia Colman and Amanda Seyfried) to a Golden Raspberry for the Giuliani episode. A role in Judd Apatow's new Netflix movie (staring Pedro Pascal). Thousands of Instagram followers...

While all this was happening internationally, the Bulgarian collective consciousness was split in two feuding halves. A Bulgarian girl was finally making it big into Hollywood. But at the same time many Bulgarians had a hard time swallowing Borat even if they knew the backgrounds. The movie was just vulgar and stupid, they surmised. Bakalova was vulgar too, and behaved in a shameful, "un-Bulgarian" manner. How did she dare speak profanities in Bulgarian? How did she get the role, anyway? Only stupid people brainwashed by Western liberal propaganda would not see this.

These sentiments were not voiced solely by ordinary Bulgarians. High-profile intellectuals, including a prominent theatre director – a former professor of Bakalova at the academy – spoke up. A plethora of negative articles followed in newspapers, on Internet sites and of course on social media. Some of them used language that even Borat might have found offensive.

The debate was quick to Balkanise itself and logically blew out into a full-scale cultural war. Lines were drawn: low art versus high art, young versus old, contemporary versus antiquated, liberal versus conservative, New Liberal versus Old Liberal, Hollywood versus mainstream Bulgarian theatre, truth-tellers versus blind copycat followers of Western fads, haters versus fans. Both sides claimed the emperor was naked, but failed to agree on who the emperor was. Friends became enemies. The Spectre of Envy, considered an integral part of the Bulgarian national psyche, was raised as scores of Bulgarians, with well-rehearsed self-righteousness, quoted on social media the old joke why no devil guards the Bulgarian cauldron in hell. Because the Bulgarians themselves will drag down into the boiling tar anyone trying to escape.

To put it in a nutshell, Borat Subsequent Moviefilm's reception in Bulgaria came down to a very Bulgarian situation. On one side there are the people who believe that Bakalova embarrasses the whole nation (the ultimate national horror). On the other there are those who believe Bakalova made Bulgaria world famous in the best possible way. Was this not the ultimate national goal?

Historically, Bulgarians have been nominated for Oscars before – and have even won. In 2017, Petar Milev and Vladimir Koylazov were awarded a technical Oscar for their groundbreaking V-Ray technology for 3D visualisation. In the same year Theodore Ushev's Canada-produced short animation Blind Vaysha also got an Academy Award nomination. In 2019, a Bulgarian was seen at the Dolby Theatre in LA. Dimitar Marinov had a sidekick in Green Book, which won an Oscar for Best Picture. Marinov was hailed in Bulgaria mainly because he fished out a Bulgarian flag onstage.

The Maria Bakalova nomination sparked a nationwide debate in a nation weary of the Covid-19 pandemic – and ahead of a general election that Former US President Donald Trump would have found much to his liking, but few asked the really important questions. Why do all the Bulgarians that have had anything to do with the Oscars (with the exception of the technical one) always had to operate as part of a non-Bulgarian project? Why a Bulgaria-produced, scripted, directed and acted movie cannot pass any selection? Ultimately, does it need to – or should the Bulgarian public keep within its self-imposed confines of domestic movie production subsidies and "patriotic" eulogies of the "Bulgarian way of life"?

In 2021, two movies from the Balkans are nominated for an Oscar: Bosnian war drama Quo Vadis, Aida? and Collective, a Romanian documentary about corruption uncovered by some sport journalists.