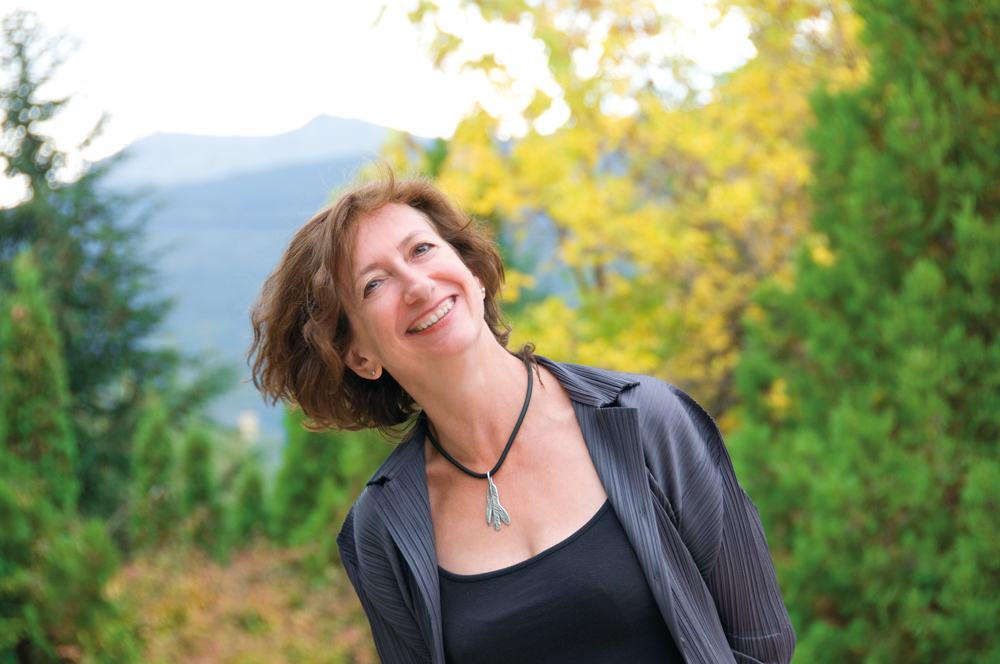 Cracked ice covered the river and chunks of it were floating on the surface, forming a giant jigsaw puzzle. The sight caught the attention of Belgian Marie-Chantal Biela. She stopped, took a picture and walked on. What she had seen, she later turned into an abstract lithograph.

The ice blocks on the frozen Moskva River were exhibited as a part of Mouvances, Marie-Chantal's first solo exhibition, which took place in Sofia, at the Culture Ministry's Sredets Gallery in late September. Most of the exhibits, nonrepresentational lithographs that she has created during her stay in Bulgaria, were printed at the National Academy of Arts in Sofia.

Marie-Chantal holds degrees in law and management, and has worked in both areas. She also paints, and has been doing it ever since she can remember.

"I started when I was a child, like everybody else, and I was just lucky enough to enjoy it," she says. For the last two years she's been living in Sofia with her husband, Marc Michielsen, the Belgian ambassador to Bulgaria.

Dublin and Moscow, Paris and Brussels. The cities in which Marie-Chantal has lived are not just addresses. For her, they are the links to her encountering and mastering new techniques and styles. In Paris she learnt to draw, in Brussels to paint in oils. In Dublin she got involved with watercolour and in Moscow she embraced sculpture. 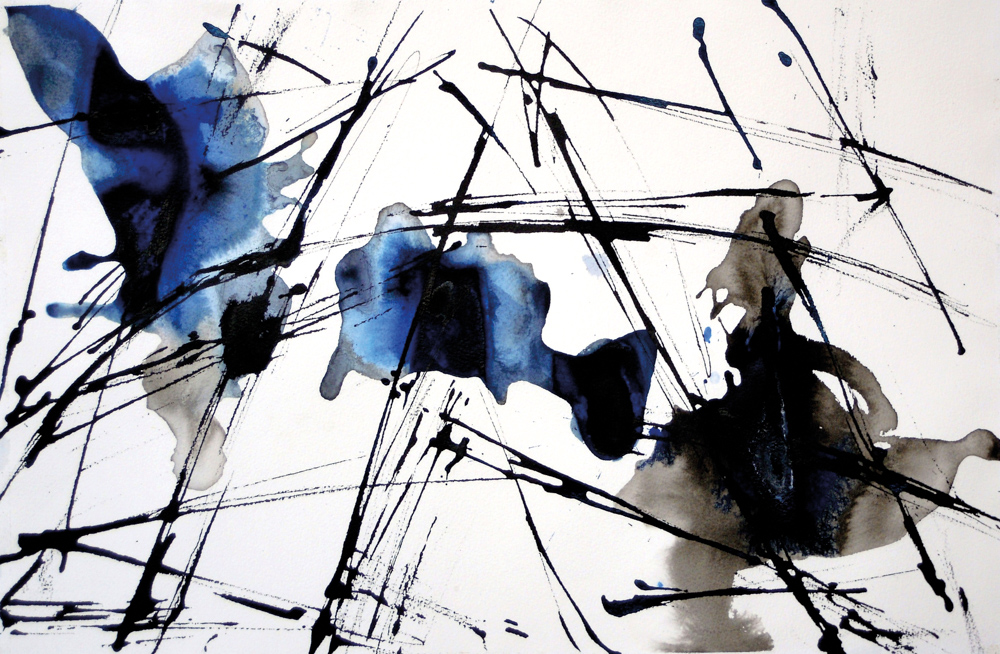 "For me it is a permanent and endless process," Marie-Chantal says. "I like to learn every technique that I can. So many possibilities, all of them connected. Everything in my work evolves, and I love that. I like the feeling of putting pastel on paper or the feeling of drawing on a stone. I like the lightness of the paper, the surprise of the wood, the weightand the splendour of the bronze. I see something and I take a picture of it; then I start drawing and end up with a lithograph. Having finished that, it might happen that I make new sketches – small, big, black, coloured – and sometimes I end up with a sculpture, from where I make a new lithograph or something in mixed media. And so on."

Over the years her style has gone from nudes and landscapes to abstract painting and drawings. Her influences are varied: "I learn a lot by looking at the works of masters from all ages, from Leonardo da Vinci to RB Kitaj, as well as Manet, Matisse, Odilon Redon, Léon Spilliaert and Kundji."

For her Bulgaria is a "milestone," and not just because it is the country where her first one-woman show took place. Bulgaria was where she perfected her lithography technique.

"Bulgaria means a lot to me. I really think that it is a wonderful place to make art in. Bulgaria is unique. You still have maybe five or six printing studios for lithography, and I was lucky that I met, right from the beginning, many talented and generous artists. I got the opportunity to work in the graphic art studio at the National Academy of Arts. And there I discovered Dimo Kolibarov, Yohan Yotov and a range of other talented professors and artists."

For Marie-Chantal, Bulgaria is an inspiring experience. "Bulgaria has atmosphere; you see galleries and art everywhere. The artists don't belong to one school; art is different everywhere. In some places you see wonderful archaeological artefacts. In Sofia you have small galleries and a string of openings. There is also quite a number of museums." 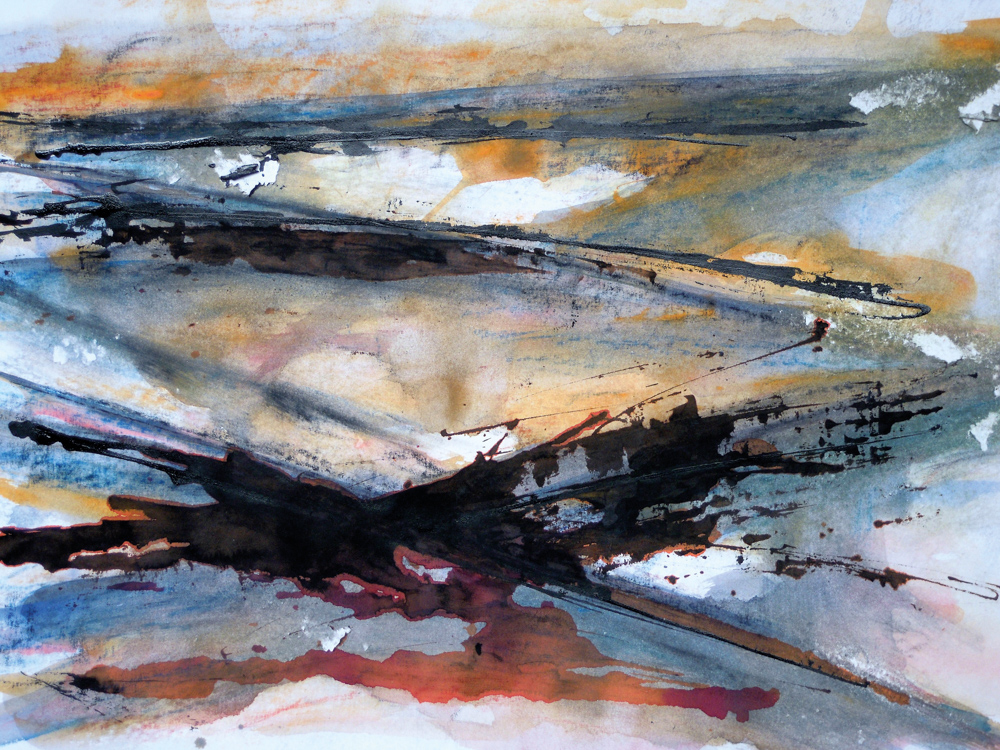 Eastern Orthodox icons are something that Marie-Chantal Biela is familiar with from her stay in Moscow. However, those in Bulgaria are "so different" that she has made up her mind to learn the technique of icon-painting, where tempera is applied on wood. It demands patience, singlemindedness and concentration.

The pre-historic drawings in the Magura Cave near Belogradchik and the caryatids in the Thracian tomb near Sveshtari have left an indelible impression on Marie-Chantal. "Last year, while visiting Varna, I discovered not only the unique art that is in the Archaeological Museum there, but also the International Biennale of Graphic Art, where powerful works of art are presented from countries and cultures like China, the United States, France, Brazil, Belgium and Estonia. I am now awaiting the Sofia Triennale of Graphic Art in early December."

She's happy with the Bulgarian art scene. "The contemporary art scene is rich and diverse. Take a walk in Sofia and you come across the monumental sculptures of Ivan Rusev, amongst others, and you enter a gallery and discover the smaller bronzes of Nikola Lichkov."

But all this does not leave her blind to the problems that Bulgarian artists face.

"Well, creating art is one thing, but selling it is another. Bulgarian art is open, because you don't have only one school, and you have the freedom to create. But to sell art and to make a living from it – I think this is another matter."