Bulgaria has become world's top exporter, but its future is now uncertain 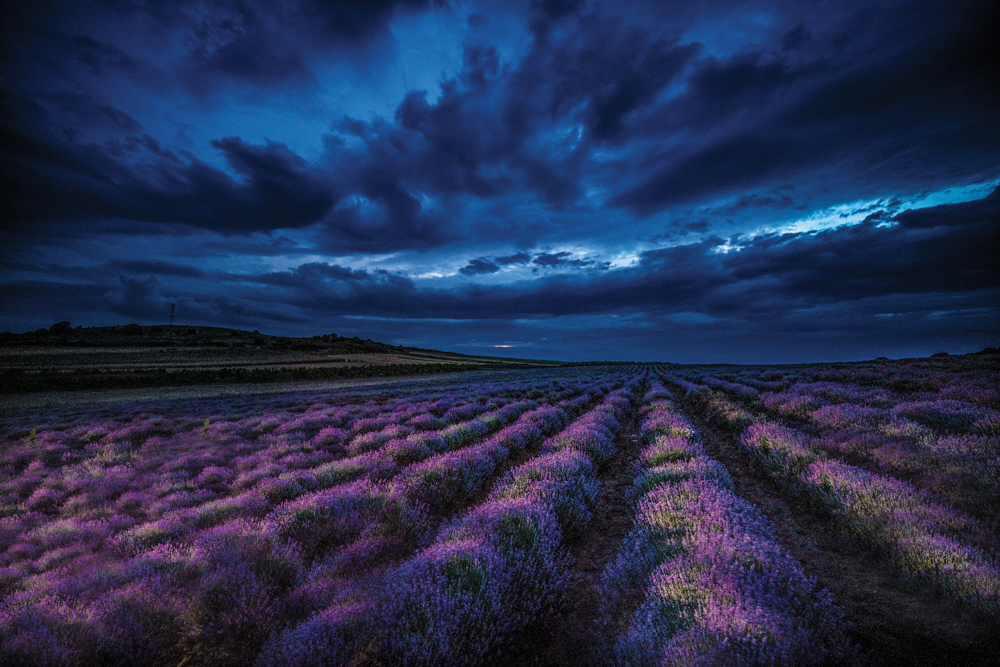 "If I see another one of you posing in a lavender field, I will scream!," a Facebook friend posted recently. The image of rows of vibrant purple coloured plants became ubiquitous on Bulgarian social media in 2021, and not because Bulgarians have suddenly started going on trips to France.

These photos are all being taken in Bulgaria. For a decade now lavender, which blooms in vivid purple colours in June and July, has taken over acre after acre of Bulgarian soil. Lavender production on an industrial scale has left the confines of the Valley of Roses, the thin strip of land between the Stara Planina and the Sredna Gora mountain ranges which has particularly good conditions for the farming of oil bearing plants, including the famed Bulgarian rose. Lavender has spread far beyond, including to a region which was for centuries known for another type of crop. Dobrudzha, in the northeast, is traditionally and deservedly known as Bulgaria's granary, as its heavy black soils are excellent for wheat and other cereals. The lavender craze that took over Bulgaria in the 2010s has changed that. Today, while travelling in the Dobrudzha, you will often see fields of splendid lavender rather than the more subtle gold of wheat.

Why the sudden popularity of lavender? 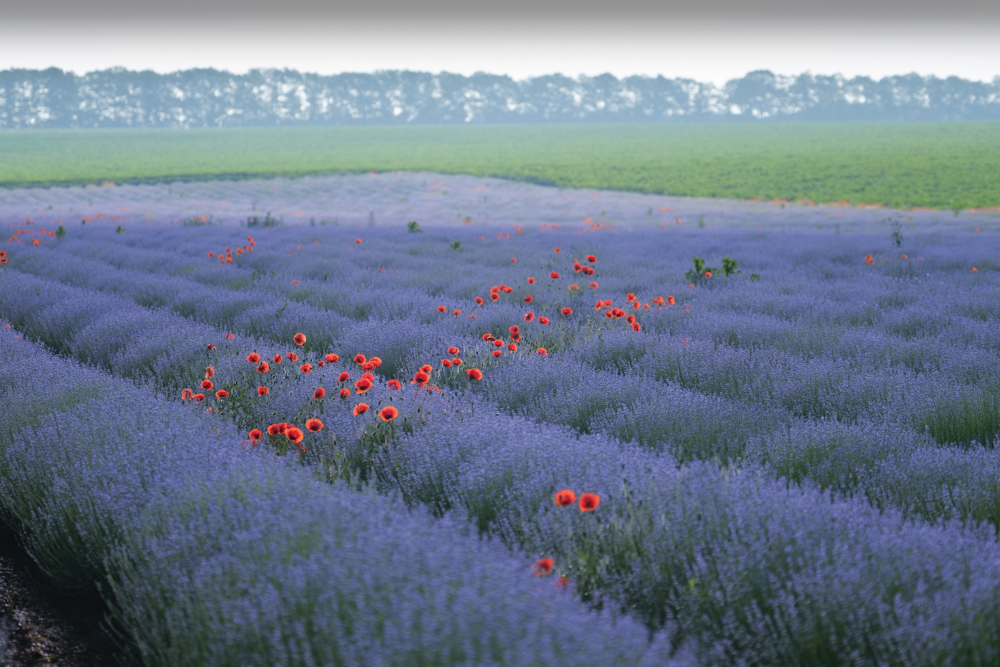 Lavender production is not new to Bulgaria. All over the country, the low mountain slopes of the northern Stara Planina included, it has been grown since at least the 19th century. In the 20th century, production was industrialised, first by entrepreneurs mainly in the Valley of Roses, and then by the planned economy of Communist Bulgaria. Unlike the Bulgarian rose, which can be harvested only by hand and needs a particular climate to thrive, lavender is less fussy. It needs mainly dry soil and summer heat, and can be mechanically harvested. The lifespan of a plant is about 25-30 years and the market is almost guaranteed. Lavender oil has a wide range of applications in pharmaceutics and cosmetics.

For some time in the 1980s Bulgaria was a leading international exporter of lavender oil. As with so many other things, lavender oil production decreased after the collapse of Communism in 1989, but gradually revived.

By the early 2010s, its popularity as a crop reached unprecedented levels. Lured by the ready market, the seeming ease of cultivation and harvest, and the quick profit to be made, entrepreneur after entrepreneur jumped on the bandwagon. Lavender fields began to expand, distilleries were opened, farmers invested in or hired expensive harvesting equipment. The change was most visible in the Dobrudzha. In 2010 lavender fields in the region covered 60 hectares. In 2020 they had already spread to 7,853 hectares. In 2013, Bulgaria exported over 80 tonnes of lavender oil, a threefold increase compared to 2010. Its major markets were France, Germany, Austria, Switzerland, Italy, the United States, Japan and the United Arab Emirates. Almost all the produce was exported, as the Bulgarian cosmetics industry was too small to count.

Some entrepreneurs even made additional cash by charging anyone willing to pay to have their wedding photos taken among romantic lavender rows. 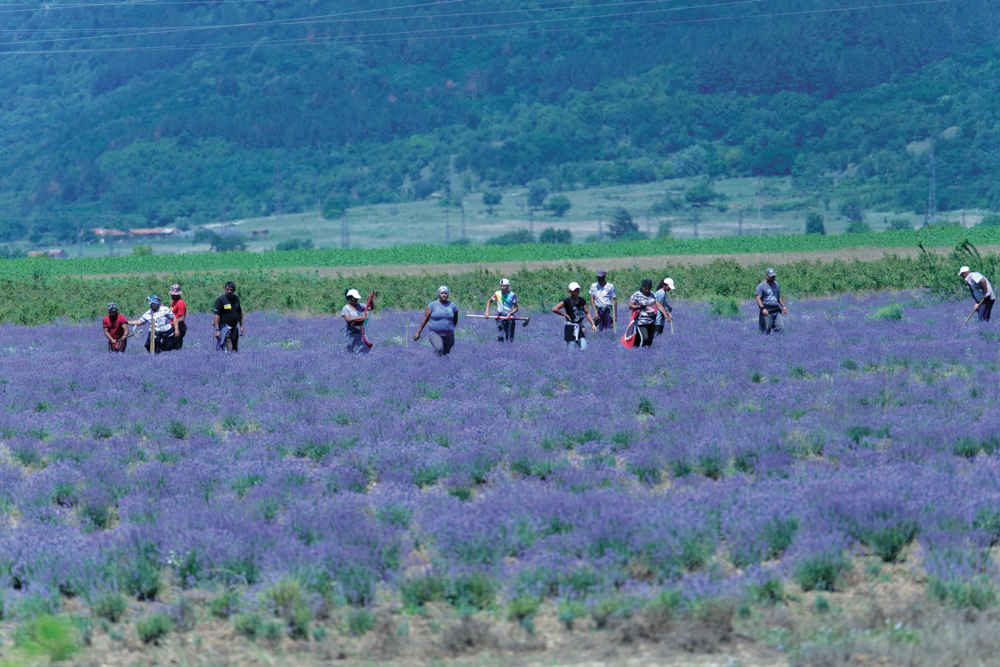 By 2012, Bulgaria had become the world's leading manufacturer and exporter of lavender oil, replacing the previous leader, France. This change became possible not only because of increased production and cheaper labour costs in Bulgaria, but because a devastating disease decimated the French lavender fields. These were all competitive advantages although some experts claimed the quality of Bulgarian lavender oil was still inferior to that produced in Provence.

In 2019, reality hit. The uncontrolled planting, often by inexperienced entrepreneurs trying to cash in on the hype, led to a decline in the quality of plants. Poor plants produced low quality oils and the price of lavender oil dropped accordingly. In 2020, lavender crops in Bulgaria dropped to 49 tonnes, a decrease of more than 20 percent compared to 2019, while new plots increased by over 7 percent. The yield was also affected. In spite of more fields being planted with lavender, the average yield in 2020 dropped 26 percent compared to the year before.

In the summer of 2021, it was announced that about 100 tonnes of old lavender oil was still unsold – about half of the 200 tonnes that Bulgaria had produced in 2020. This was not only because of the Covid-19 pandemic effect on the global cosmetics industry. The quality of this mass produced lavender oil was too low.

As the eternal laws of supply and demand moved in their predictable ways, Bulgarian producers realised that the lavender market was not unlimited and that it required reliable quality. Manufacturers and experts suddenly began discussing how the business needed to be regulated to adopt good practices and properly sourced plants if it wanted to survive.

Climate change has also affected Bulgarian lavender. In 2019, unexpected heavy rains damaged the harvest in the Dobrudzha, while in 2020 lavender fields in the region suffered from a soil-borne disease that was probably activated by a prolonged drought.

Will this signal the end of Bulgaria's lavender love affair?

It is too early to say. The fact that producers are finally realising that lavender is more than just a way to make a quick profit might be a sign that the future of this crop in Bulgaria is not that gloomy.