FALLING UNDER THE SPELL OF TAJ MAHAL 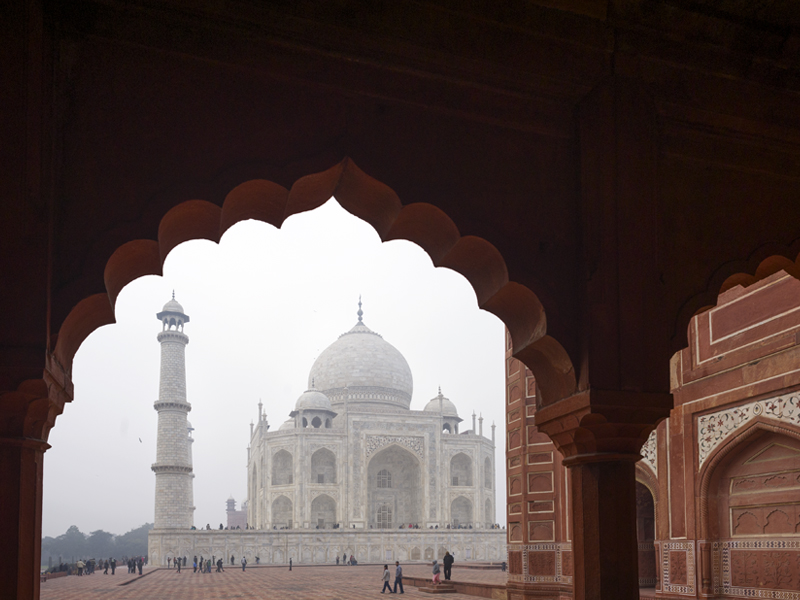 Some rulers have won their place in history for their military prowess, others for their law-making, brutality or madness, but none of them can compare with the Mughal emperor Shah Jahan (1628-1658). His place in history is due to great love and great grief, immortalised in one of the most stunning pieces of architecture ever created, the Taj Mahal.

Shah Jahan was no ordinary man. He fought his way to the throne of the Muslim empire that spread over the Indian subcontinent, killing a brother and a bunch of nephews and cousins in the process. Once shah, he invested in the introduction of modern artillery, and continued the expansion of his kingdom. He spent money not only on war, but also on peace-time projects. Shah Jahan's name is now synonymous with the golden age of Mughal architecture, whose mosques, forts, mausoleums, palaces and gardens combine Indian and Persian styles which impress the modern visitor with their elegant proportions, fairy tale outlines and the sense of tranquillity that prevails over the busy modern traffic. The builder of emblematic sites such as the Red Fort and the Jama Masjid mosque in New Delhi, and the Tomb of Jahangir in Lahore, in modern Pakistan, Shah Jahan is probably the only person in history responsible for the creation of two UNESCO World Heritage monuments.

The first is the Shalimar Gardens in Lahore, and the other is the greatest creation of his life; a white mausoleum with a gleaming cupola and four minarets: the Taj Mahal.

Situated near modern Agra, on the bank of the Yamuna River, the Taj Mahal unites breath-taking architecture with a heart-wrenching story; the perfect combination to secure it a place in the common consciousness and popular culture.

Dazzling white and seemingly weightless, the Taj Mahal appears to float on thin air, an ethereal monument to the grief that Shah Jahan felt for his third wife, the Persian princess Mumtaz Mahal. They married in 1613, when she was 19 years old and, before her death in childbirth in 1631, she bore Jahan 14 children.

Just like a tale from the Arabian Nights, the shah decided to built his beloved a mausoleum equal to his love for her. Construction of the Taj Mahal began in 1632 and continued for 11 years. The surrounding complex of gardens symbolising heaven, pools reflecting the main building and the less impressive tombs of other wives of the emperor was completed in 1653.

To achieve his dream, the shah spent lavishly, as if he were a fairy-tale king. Thousands of artisans from all over his realm flocked to the building site, and created from white marble an impeccably proportioned mausoleum topped with a 35-metre cupola.

Details mattered as much as size. The white walls were covered with exquisitely carved quotations from the Quran, and delicate flower and ornamental motifs were inlaid with semi-precious stones. A gilt finial topped the cupola.

When the complex was finished, it had cost today's equivalent of $827 million. 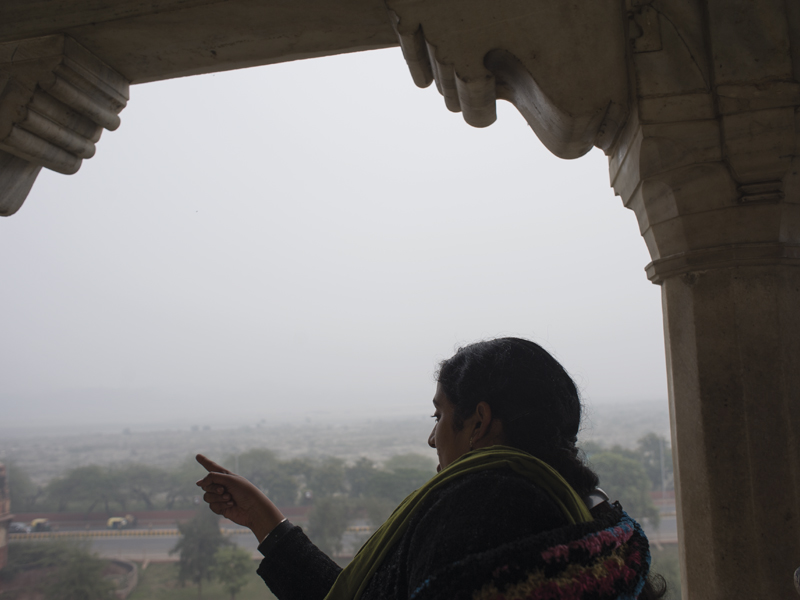 The window in Agra Fort where, according to legend, the imprisoned Shah Jahan used to stand and contemplate Taj Mahal. Today, due to pollution fogs, tourists often fail to re-live the experience

This amazing project soon became the stuff of legend. When the Taj Mahal was finished, legend says that the shah decided to built for himself an exact replica, only from black marble, on the opposite bank of the Yamuna. One of his sons, Aurangzeb, alarmed that his father's folly would ruin the economy of the empire, deposed him. He spared his father's life and imprisoned him in the nearby Agra Fort. Shah Jahan spent the years until his death in 1666 contemplating his great white creation from a single window. When the thick local fog does not obscure the view, modern tourists queue to share this experience with the long dead shah.

The truth, however, is quite different. Shah Jahan never planned a black Taj Mahal. This story was probably inspired by a now vanished garden pool opposite the mausoleum. When it was filled, the Taj Mahal would be reflected in its still waters, appearing black. As for the dethroning, the reasons for this were more mundane. In the Mughal Empire, the succession was decided through intrigues and battles between the princes. When the health of Shah Jahan began to deteriorate in the mid-1650s, his sons grabbed the chance to deal with the matter, and Aurangzeb was the one who came out on top.

When Shah Jahan died, he was buried in the Taj Mahal in an intricately carved sarcophagus next to that of his beloved Mumtaz.

Today, the Taj Mahal is one of the most recognisable buildings on the planet. Millions visit it each year, making it next to impossible to enjoy in tranquility the elegant proportions of the building, its sheer size, its delicate details, and its moving story. Most tourists, however, are unaware of the changes that the mausoleum and the complex underwent through the years, and of their fragility.

Wars and rebellions in the 18th and 19th centuries took their toll on the Taj Mahal. The gilt finial was stolen, and so were many of the inlaid semi-precious stones. Pollution in the 20th Century almost turned the marble yellow, and the falling levels of the Yamuna still threaten to cause the structure to crack. The 60kg bronze chandelier hanging at the Royal Gate of the mausoleum appeared at the turn of the 19th-20th centuries. It, together with a complete reconstruction of the complex, was a gift from the former Viceroy of India, Lord Curzon, as compensation for the destruction caused by British soldiers during the 1857 Indian rebellion. The chandelier's design is not local, as it is based on one from a mosque in Cairo.

The most important change that Lord Curzon introduced, and which nowadays no-one is aware of, was the garden. Today, the 300m by 300m plot of land is a perfect example of manicured lawns, affording wide views of the Taj Mahal, but before Lord Curzon's intervention the mausoleum was surrounded by tall, leafy trees. Some say that they were planted there intentionally and that their task was to shade the walls of the tomb and to provide enough humidity to prevent them from cracking.

Taj Mahal astonishes not only with its architectural elegance, but also with the tiniest of its details 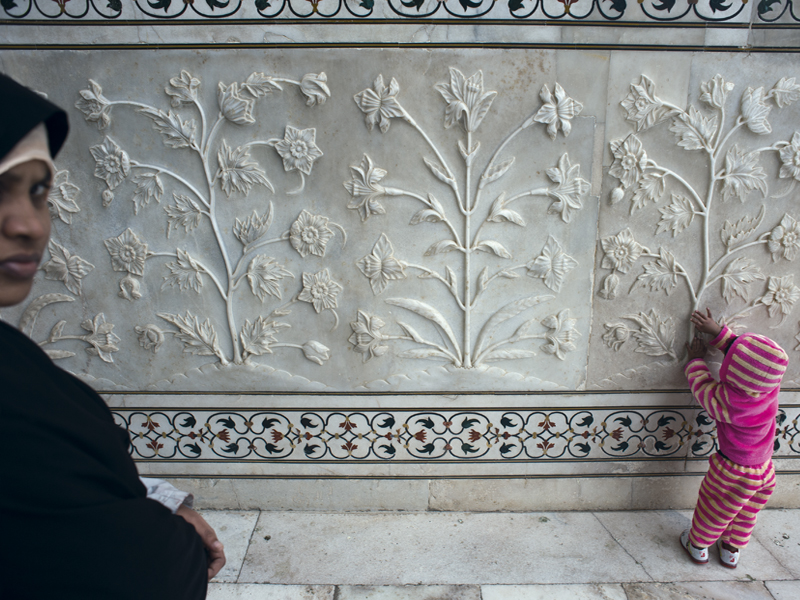 These ornate sarcophagi are the symbolic graves of Shah Jahan and Mumtaz Mahal. The actual graves are in the underground level 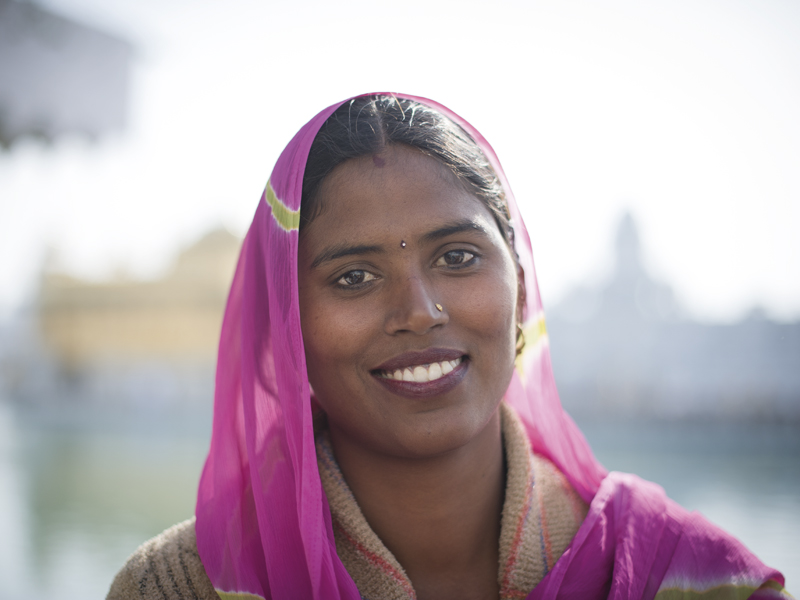 The mausoleum is one of India's most popular sites