Apart from St Sofia in the capital, the marvellous mosaics of the Bishop's Basilica and the Small Basilica in Plovdiv, and the remains of the metropolitan church in Nesebar, traces of the early Byzantine era in Bulgaria are scarce and little known. 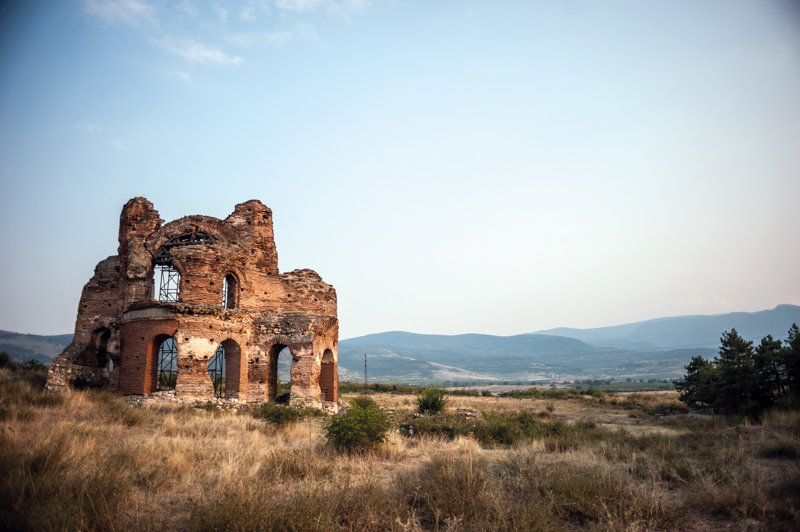 They do exist, however: forgotten remnants of the time when the Eastern Roman Empire was trying to hold back the invasions of the Barbarians in the Balkans. Most are nothing more than low crumbling walls, almost invisible in the undergrowth and interesting only to archaeologists. Others, however, are still striking, despite time, neglect and the depredations of those seeking second-hand building materials.

One of them is near Perushtitsa, a town at the northern foot of the Rhodope, more famous as the scene of intense fighting and a massacre during the 1876 April Uprising.

Originally the church bore the name of Holy Mother of Christ but, as time passed and memories faded, local people started to call it simply the Red Church.

It is easy to see why. What remains of this once glorious structure is the massive red-brick walls rising to 14 metres.

In the arches, exposed to the elements, faded saints and angels gaze down with scratched out eyes, damage most likely inflicted during the Ottoman invasion or the suppression of the April Uprising.

The church was built under the rule of Byzantine Emperor Anastasius (491-518). It was a time of unrest: the Balkans were ravaged by Barbarians on a regular basis. Yet, Christianity had gained ground as the state religion and the nearby metropolis of Philippopolis, today's Plovdiv, was the centre of a diocese and a vibrant religious life. 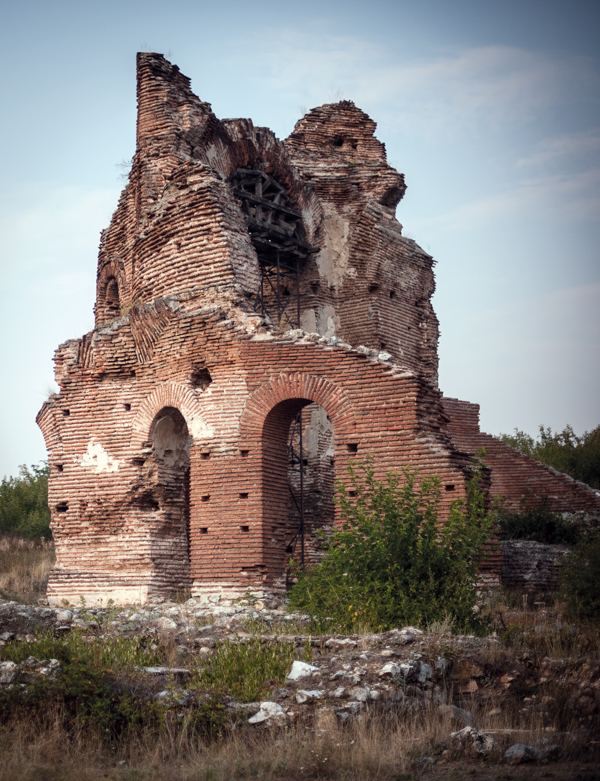 The Red Church must have been a striking sight when it was built over the remains of an earlier pagan temple of Mithras, a secretive deity extremely popular with Roman soldiers. The church was 32 metres long and 26 metres wide, its three apses meeting under a huge cupola and forming a flower-shape. Exquisite mosaics covered the floors, and the walls were decorated with marble and murals. The church was painted at least twice, in the 6th and the 11th centuries and, in spite of the current decayed condition of the frescoes, some historians have compared them to those in Istanbul's Hagia Sophia. Believers entered the church through a grand staircase and a massive portico, while non-Christians were baptised in a pink-marbled baptistry attached to the main building.

The church most probably served the population of a nearby settlement which disappeared during the Ottoman invasion of the 1360s. The Red Church was probably, too, abandoned forever in this tumultuous period in Bulgaria's history.
Its mighty remains were rediscovered by Western travellers in the 19th century. In the 20th century, excavations and surveys were carried out on and off, attracting the interest of a number of prominent Bulgarian and foreign historians and archaeologists.

This, however, did not help the church much. Over the decades, its massive arches continued to deteriorate, and its murals to fade. The latest conservation effort to preserve the Red Church was in 2013. Funded by the EU's Regional Development Fund, it left the structures reinforced with metal and surrounded by informational signs. At least the basilica was not completely rebuilt with new bricks, as has become the standard Bulgarian practice in such projects. The Red Church is still an atmospheric, if little visited, reminder of times and glories gone by.