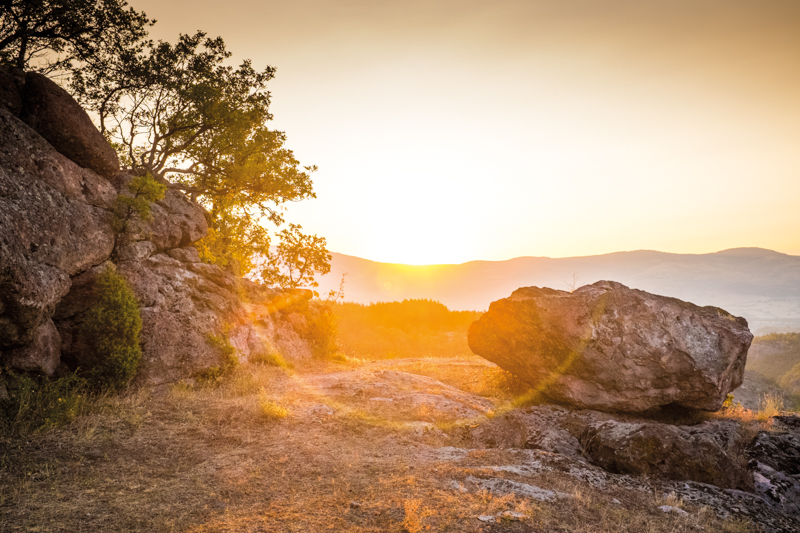 The rock of the threshing floors. One can easily see why the people from the Bivolyane village gave that name to Harman Kaya. The area's defining features are two large circles in the bedrock, which resemble the threshing floors where people, in the times of pre-supermarket bread, used to separate wheat from chaff.

But the two Harman Kaya circles have nothing to do with threshing. Harman Kaya is a major and intriguing Thracian shrine that has been happily overlooked by mass tourism because of its proximity to the more famous Tatul sanctuary. Go to Harman Kaya and most of the time you will find yourself alone.

Like other Thracian shrines, Harman Kaya was created on a high rocky plateau, rising up to 50 to 80 metres over a meandering river. A saddle, covered by a pine forest, separates it from the rest of the world. Just like with any other Thracian shrine, the visitor needs some time to make sense of the place's phantasmagorical landscape, with its strangely shaped rocks. Carvings, niches, canals, basins and all manner of other curiosities are still hidden by grass, bushes and trees.

The two "threshing floors," however, make Harman Kaya a shrine without peer. The first of them is oval, 10 metres wide and tilted to the north, its surface decorated by six concentric circles. To the west, in the rising rocks, something resembling a throne is cut, looking east and northeast. The second "threshing floor" is farther inside the shrine. Almost round in shape, it is 15 metres wide and leaning southwards, containing 11 concentric circles. It, too, has a northeast-looking "throne."

Basins cut in the rock, probably used by the ancient Thracians as altars

Some researchers believe that the stone circles were made about 2000 BC and were used for astronomical observations and calculations of the solar year. Whether this is so or whether the circles were a creation of nature is still an open question, but the surrounding area abounds in undoubted traces of human activity – graves, altars and buildings' foundations are cut into the rock. Close to the shrine, in the rocky banks of the river, is a rock tomb.

There is also a supposed holy of hollies – a narrow cave, the symbolical womb of the Great Goddess, with niches scattering the rocks around it.

According to Vasil Mikov, the archaeologist who, in 1941, first explored Harman Kaya, the remains of a big city with streets and houses were clearly visible around the sanctuary. Today, however, you will have a hard time to find these.

Harman Kaya is still to be excavated, but the pottery shards found around the entrance of the holy cave show that religious activity here started as early as the Chalcolithic Period, at the end of the 5th Millennium BC. The last traces of human habitation are from the 1st and 2nd centuries AD.

The shrine remained empty and forgotten during much of Antiquity and throughout the Middle Ages. In the Ottoman period the locality regained its aura of sanctity: On a neighbouring hill appeared the Türbe, or tomb, and the Tekke, or shrine, of the Muslim sage Elmalı Baba. They are still a popular pilgrimage site.

The Thracian shrine is unguarded, an easy walk on a dirt track from the road to Elmalı Baba Tekke. Just before the Tekke complex you will see a sign indicating the route to the Thracian site. 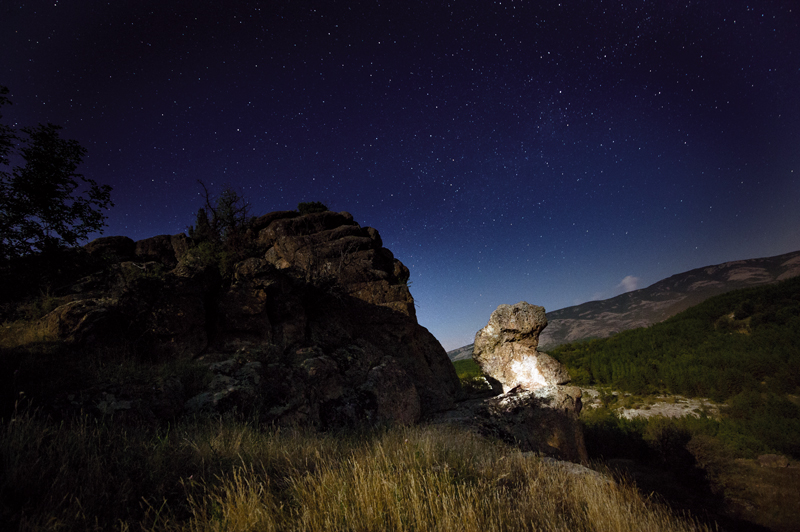 One of the sanctuary's "threshing floors." Their function and origin remain a mystery 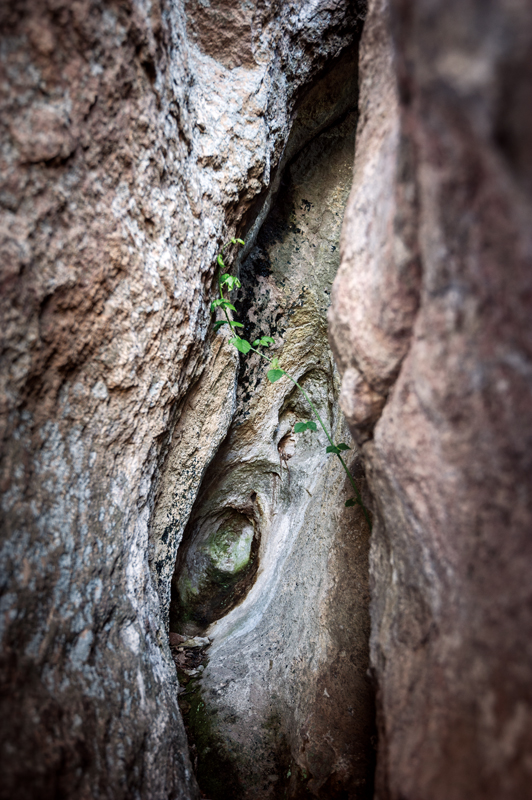 A crevice in the shrine is where the earliest archeological finds were discovered: pottery shards from the Chalcolithic