Bulgarians still celebrate war-time Communist atrocities without ever questioning them 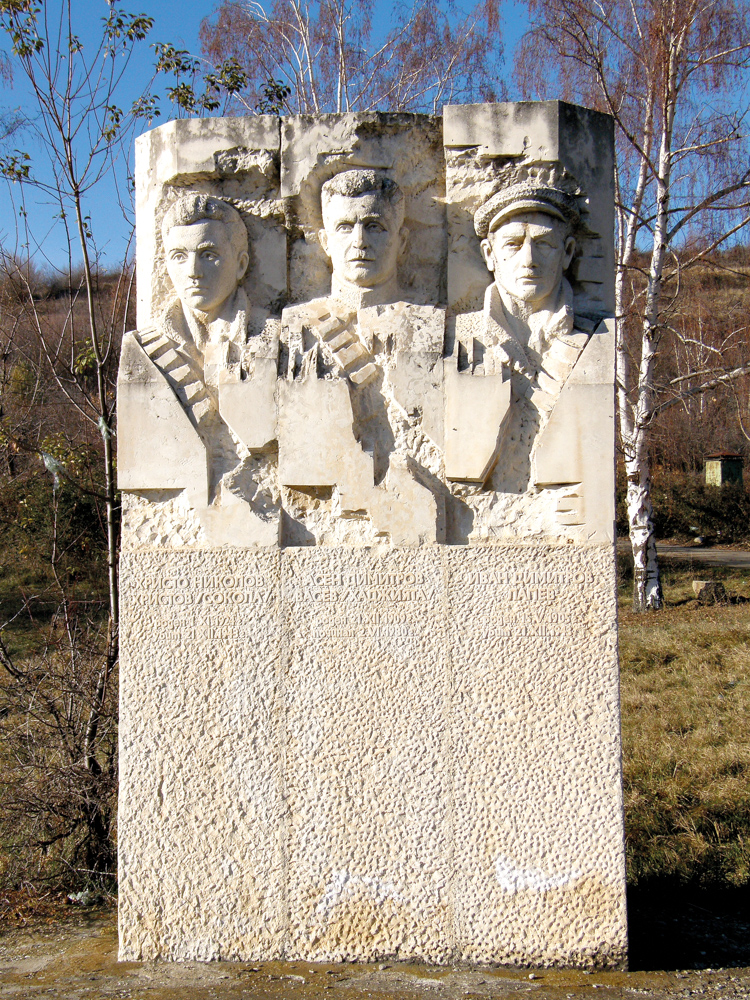 I have seen and photographed many war monuments while living in Bulgaria. This particular one, which shows three Bulgarian Communist partizani, or guerilla fighters from the Second World War, is on the road from Kocherinovo to Rila, near the village of Stob. It would not have impressed me much had I not noticed the nickname of one of the three "heroes." Hristo Nikolov Hristov was known as Sokola or the Falcon, a nickname that reminded me of the fictional French partisan Chocolate Mousse in the 1984 comedy film Top Secret.

Anyway, I do not know exactly what these partisans did to be honoured with a monument. Judging from the date of their death, it must have been something which took place on 21 December 1943.

This struck me as odd, because the activities of the Bulgarian Communist partisans in this region are best known for an event which didn't take place until eight months later, on 24 August 1944, just a week before the Red Army invaded and Bulgaria declared war on its erstwhile ally, Nazi Germany. On that day, 250 partisans attacked a sanatorium of the German Wehrmacht in Zhabokrek, a nearby village. After disarming and killing the Bulgarian guards, they massacred 20 unarmed and wounded Germans, who had been hospitalised there, and then set the whole place on fire. After attacking the sanatorium the partisans seized a local bus going to Rila Monastery and shot dead Reinhard Tomanek and then raped his daughter. Tomanek was a German engineer who, with his partner Eduard Naudascher, had founded the company Granitoid AG in Bulgaria. Despite the honour (or is it the dishonour?) of such an act, what Communist historians refer to as "The Battle of Zhabokrek" is still celebrated in Bulgaria. In 2009, its 65th Anniversary was even marked by the presence of former Prime Minister Sergey Stanishev, the leader of the BSP, or Bulgarian Socialist Party, and the former speaker of the Bulgarian parliament, Georgi Pirinski.