Heart is the first functioning organ formed in the human embryo – it appears at the fourth week after conception and from then on, it never ceases to beat, marking each step and each important event of the life of its owner. We cannot live without a heart – it makes us blood to flow in our veins, delivering oxygen to each part of organism, taking away the carbon dioxide produced by the life processes. People have felt how important heart long ago, in the past when words like oxygen and carbon dioxide were still not coined. The earliest Chinese hieroglyph for heart looks astonishingly close to the actual anatomical organ, and the ancient Greeks realised the role of heart in blood circulation.

Somewhat paradoxically, we, modern people, often neglect our heart's heath, until it is too late. Yes, cardiovascular diseases are often genetically predisposed and are to a large extent connected to the increased life expectancy. However, modern lifestyle also has, and quite significant at that, influence over these diseases. Unhealthy eating, the lack of physical activity, smoking, alcohol consumption, diabetes, everyday stress all provoke cardiovascular diseases. According to statistics, globally, these are the reason for about 30 percent of mortality rate.

Physicians have tried to understand the medical secrets of heart since the dawn of their profession, but the very essence of this anatomical organ – its ceaseless work, its incredible role for blood circulation – has made it difficult for scientific examination and treatment. The first steps in surgical treatment of heart were made in the 19th century, with the first successful cardiac surgery performed in 1896.

Since then, medicine has gone a long way, discovering and implementing increasingly reliable and effective methods and technologies. The development of cardiopulmonary bypass, a machine that substitutes the function of lungs and heart thus allowing the heart to be "stopped" during operation, has proved a true revolution in the field. In the 1990s appeared the beating heart surgeries, and the 2000s witnessed the advance of minimally invasive cardiac surgery. In it, instead of one large opening in the chest wall, the surgeon makes several smaller incisions and manipulates robots through them. Heart transplantations also become possible thanks to the progress of modern medicine.

Cardiac surgeries are used in the treatment of one of the most common cardiovascular diseases – ischemic heart disease (damage of the heart due to lack of oxygen caused by clogged arteries). Surgery is also of help in corrections of heart defects like endocarditis, rheumatic fever, atherosclerosis. The progress in the field is literally life-saving for children with congenital heart defects – thanks to the improved early diagnosis and surgical methods little patients have chance for normal life. The coronary stents implantatation – tubes placed in clogged vessels – is of utmost importance for the patient as it helps free the blood circulation.

Heart transplantations are a serious challenge to both the surgeon and the patient. In the most common cases, transplantation is of a donor's beating heart, with about 3,500 such surgeries performed in the world each year.

The surgical treatment is also a solution for patients with irregular or weak heart rate via implantation of a pacemaker. The technology debuted in the 1950s, and in the past decade there has been efforts for development of an alternative: an organic pacemaker. These are transplanted cells imitating the natural activity of the cells responsible for the heart rate.

The progress of modern cardiology can be hardly grasped, but it could not be possible without the development of new, more reliable diagnostic methods. Blood tests provide important information on the levels of "bad" cholesterol, C-reactive protein, fibrinogen, lipoprotein (a) and natriuretic peptides that signal an increased chance of cardiac disease. Methods like ECG, Holter monitor observe the electrical activity of the heart, and image diagnostics provides more reliable information on the disease, including with non-invasive, sparing the patient procedures like echography, computer tomography, magnetic resonance imaging.

The Bulgarian cardiologists are in line with the novelties in this field of medicine, and in the country exists a number of specialised hospitals and specialised units at hospitals, which offer modern and quality 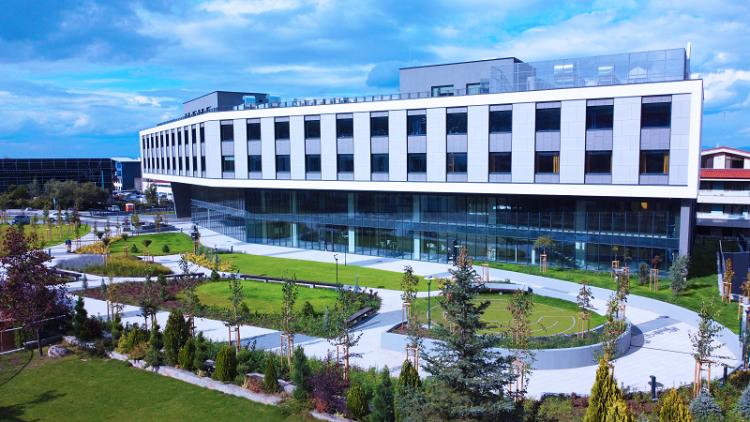 BLOCKS GROUP OPENS ONE OF EUROPE'S MOST ADVANCED REHABILITATION HOSPITALS

SHOW THEM YOUR LOVE
Having a pet is one of the most rewarding things in the world. The unburdened joy of your dog when you return home from work and take it for a walk. The quiet purr of the cat huddled in your lap after a stressful day.

PROPHYLACTIC PROGRAMME AT VITA HOSPITAL SUPPORTS TREATMENT OF SOCIALLY IMPORTANT DISEASES
"Preventive activities are the modern European way to rethink and refine the processes of protection and improvement of the nation's health," says Dr Tihomir Savchev, Vita Hospital M
MISSION QUALITY HEALTHCARE
Just like happy families from the famous Tolstoy definition, well managed medical facilities are alike. In them, organisation of each process is optimised to perfection.
HEALTHY AND HAPPY
In the endless weeks when we were forced to stay at our homes, pets proved to be of invaluable help. Even in the darkest moments, the long walks with our dogs and our cats' affection provided us with the much-needed feel of stability, love and even joy.
CREATING SMILES
If we decide to list the things that we automatically take for a valid truth the notion "nobody likes going to the dentist" will be probably among the first ten.
LAND OF HEALTH

MORE MOVEMENT, LESS PAIN
Thousands of years ago, people crossed Africa's savannahs and deserts, hunted in the frozen tundras and mountains of Ice Age Europe and Asia, discovered a route to North and South America and remote corners of the world such as Australia and New Zealand.
LOVE IS CARE
If there is a world trend that often goes under the radar of attention, this is the attitude towards pets. Modern people take an increasing number of dogs, cats, birds and exotic animals at home, and spend more time and attention in taking care of them.
LET'S OPEN OUR EYES
We have five senses, but eyesight is the one of them that suffers the most from modern lifestyle. Since screens became an integral part of our lives, we strain our eyes from the second we awake to the moment we fall asleep.
CREATING A SMILE
Teeth are among the few parts of the human body that are not only extremely important for the proper functioning of the organism, but that also influence the self-confidence and the person's overall charisma.