THE BONES OF THE MATTER | VAGABOND Skip to main content

THE BONES OF THE MATTER

A small yet vocal group of Bulgarian historians and activists have produced a pamphlet, called by themselves "historical research," meant to smear a book published by Vagabond Media in 2012, The Turks of Bulgaria.

What originally enraged the group was one sentence in a photo caption appearing in The Turks of Bulgaria referring to an event in the late 19th Century they apparently knew nothing about.

At that time, in their capacity as academics they wrote a letter to a bunch of individuals ranging from... the Bulgarian president to the British ambassador and from the manager of the National Archaeology Museum to the speaker of the Bulgarian parliament, requesting assistance in "establishing the historical truth." They also wanted an apology from Vagabond Media and demanded a state security agency intervention to pull our book out of the bookshops on grounds of... national security. They also started a petition against our book. People in a large city outside Sofia were asked to sign against... a book.

The whole incident was described in detail in the article "Vagabond Media 'Threatens' National Security", published in Issue 86 of Vagabond. Included was a letter from the chief source for our caption, Dutch Professor of Ottoman History Machiel Kiel, and a Bulgaria Helsinki Committee poll among leading Bulgarian intellectuals, publishers and critics on how and indeed whether books can be withdrawn from bookshops in the Bulgaria of the EU.

You can read both the article and Professor Kiel's letter here.

At that time, in 2013, we thought the matter had been drawn to a close.

We were wrong. In April 2015 the activists launched a full book on the bones' matter, which was presented, rather than in a bookshop or at an university hall, at... the Bulgarian National Assembly. The event was sponsored by VMRO, or Internal Macedonian Revolutionary Organisation, a junior coalition partner in the current Bulgarian government.

The publication in question describes essentially how it took its authors over two years to find a library source they had been unfamiliar with. They do carry a facsimile of that source, but only in English and in a very small size that would request a magnifying glass to read, possibly for fear someone might detect that the English word "anecdote" does not necessarily translate into the Bulgarian "anekdot." By contrast, internal correspondence between themselves, in which they wish each other Merry Christmas, is given full newsprint prominence. To enhance the sense of authenticity and conspiracy, they also print copies of Post Office receipts for the letters they have been sending. 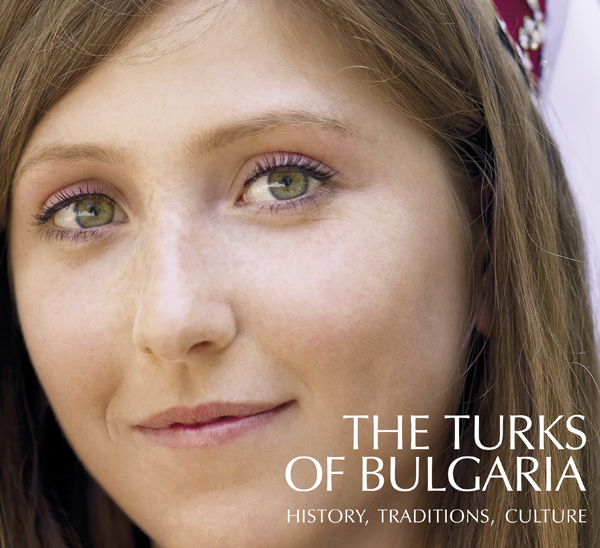 Some of the material in that book is translated relatively well in English, some has been left only in Bulgarian. That book's publishers' main complaint at their subsequent media appearances deals mainly with the lack of interest by Bulgarian law and national security enforcement to take action against our 2012 book.

Any publisher would be quite happy to learn that another publisher has spent time and money to write a book against their book, and that that other book would be taken up by a political party just half a year before a local election. Yet, in the Bulgaria of 2015 every silver lining quite often has a dark cloud attached to it. The cloud in that other book is the conclusion written by Professor Georgi Markov and entitled A Warning.

In it, Markov, a media personality who speaks passionately on anything ranging from current Russian policies to Winston Churchill and never fails to mention the former Turkish Foreign Minister and incumbend PM Ahmet Davutoğlu in the process, and who in the past several years has sought to "reopen a debate" on the 1980s Revival Process (in which 800,000 Bulgarian Turks were forcibly Bulgarianised by having their names changed into Bulgarian ones and their language banned in Bulgarian streets), threatens his fellow historians not to deviate from the line which he and his associates consider right, sound and sufficiently patriotic. Or else, Markov continues, "they" (supposedly the people who have undertaken to have the final say about what is sufficiently patriotic or not) will start a whole new series entitled "Lies" to disabuse the public of any vicious influences liberal historians and researchers might exert on them by "stealing" Bulgarian history.

This happens in 2015, not in 1985, when the so-called Revival Process was in full swing and when people could be and indeed were put in very dire straits over things they said and wrote.

Thankfully, notwithstanding the turmoil, insecurities and troubles of democracy, Bulgaria in 2015 is a very different place from what it was in 1985.

The Turks of Bulgaria, which has both a Bulgarian language and an English version can still be bought in Bulgarian bookshops as well as on

If you want to buy directly from the publisher, please send us an email at editorial@vagabond.bg