A BRUSH WITH HORSEHAIR

If Bulgarian melancholy could choose the site of a museum, it would be this very place

"Nobody comes for a shave these days!" Boris says sadly, emphasising "these days". Boris is the barber in the only barbershop in Vurshets, which we came across a few months ago, just opposite the bus station.

If Bulgarian melancholy could choose the site of its museum, it would be right here.

Vurshets is a small town with mineral springs in the northwest of the country. I have known it for a long time but, for some strange reason, I find it is the first place I have ever felt excited about. So I decide to go back and find out why.

The bus station is empty, half of it is derelict and has fallen into disuse. The barbershop is located in the building across the road. By the door there is a huge panel with a portrait of Bulgarian poet Penyo Penev and several lines of his verse: "I care not for immortality or easy ways / Nor for a quilted jacket on a winter day / But may what I've here built / Remain for ever and a day." Before entering the barbershop, you read this and the strange combination of Penyo Penev and the old, sootcovered barbershop awakes a feeling of affection and a quaint charm that I find perplexing. 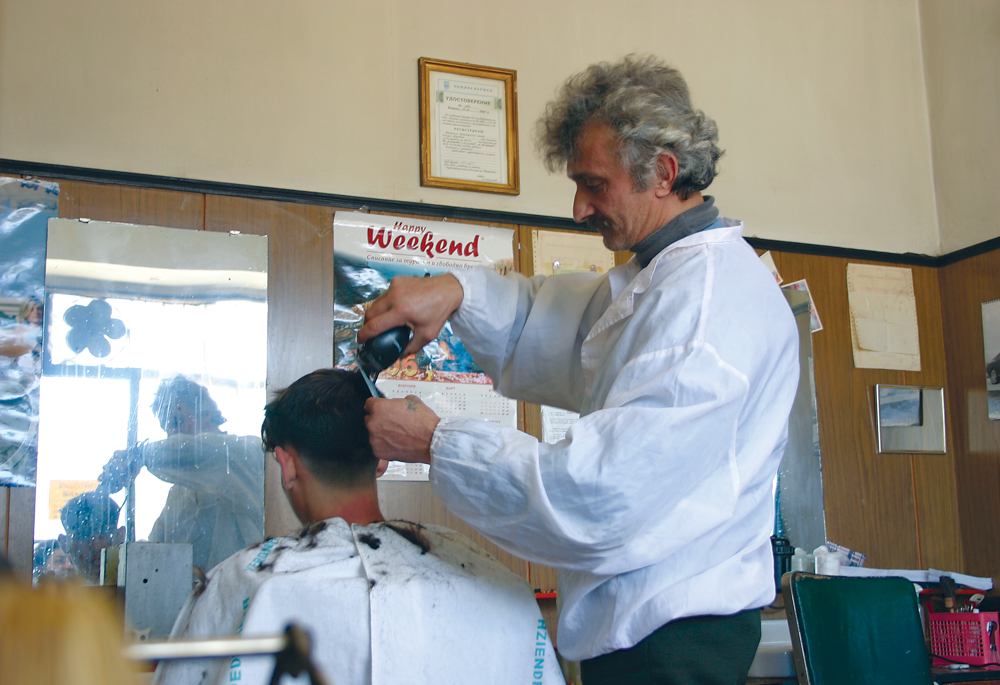 Boris has been a barber all his life, that is since 1974, and has been in the barbershop in Vurshets since 1984. When we visit him, he is cutting a boy's hair "at promotional prices", for one and a half leva, because the boy has not got the two leva to pay the full price. "It often happens, we sometimes cut their hair for free. What can we do when they have no money?" Business is poor and seldom amounts to 15 leva a day. His customers are mainly poor people, men. The others go to the two or three modern beauty salons in town.

Four people work shifts here, cutting hair. Everything is old: a woodburning stove with pipes, mirrors, wainscoting, hangers, and a Rediffusion radio. The stove plays an important role in winter, because there is no hairdryer. When the stove is not sufficient to keep the cold at bay, customers have a "dry" haircut. There are jars with beautiful silvery lids that I haven't seen anywhere else. The hairdresser's chairs are even older and look like they belong in a movie. Upholstered in green leather, they have white porcelain legs and special contraptions used only for shaving, to keep the head upright and fixed. It is obvious that they don't get much use. They look alien, abandoned on the table like the object of someone else's love, from another time.

"Nobody comes for a shave these days!" Boris repeats, and this simple sentence sums up the current history of Vurshets. It is one of Bulgaria's oldest health spas, dating back to the period of Ottoman rule. At the beginning of the 20th Century it became a favourite spot for relaxation among the Bulgarian aristocracy. It flourished under Communism, when the villas of the rich were nationalised and it became a centre for mass tourism. Each household would let out rooms to tourists and for many years they had a good standard of living. "There used to be a lot of work, both haircuts and shaving. It took holidaymakers from southern Bulgaria two days to get here, so when they arrived at the station, they would come right here, to have their beards shaved. They would come to us to tidy them up and then off they went to the spa!" says Boris.

It is no longer so: there are no holidaymakers, there is no work, and there is no money. The town is falling into decay. There may be new, modern shops and hotels or renovated buildings, but the melancholy of the town is growing. I remember a girl relating the following a few months ago, at a discussion about the EU: "My father still can't adjust to the fall of Communism and he won't adjust to joining the EU either."

'I care not for immortality or easy ways / Nor for a quilted jacket on a winter day / But may what I've here built / Remain for ever and a day. Penyo Penev

We don't talk about this much with Boris, we concentrate on the other interesting objects in his shop. The brush for cleaning customers' necks is made of natural horsehair. Boris remembers the exact date and place where he bought it, "in Samokov, from a private producer, in 1988." He likes this brush and often straightens it out with a comb. The brush has a kind of proud, aristocratic standing amongst his other tools. It seems to me that this is so because it is the only object whose history he remembers. It has pride of place in the barbershop among the mirrors, chairs and jars with silvery lids of a more humble and inconspicuous appearance. I find it remarkable that an ordinary brush of horsehair can appear truly impressive among the pile of odds and ends in a barbershop. I also find it remarkable how easily Boris remembers the details of its life, and I feel a true connection to him and satisfaction with my decision to come back.

What is more, I seem to understand the charm of this place. Here, nobody pretends they have become a different person since the transition and there are no artificial changes. Here, there exists a natural admission about our own helplessness, and melancholy can find the room it has long been looking for. Here, it is welcome. 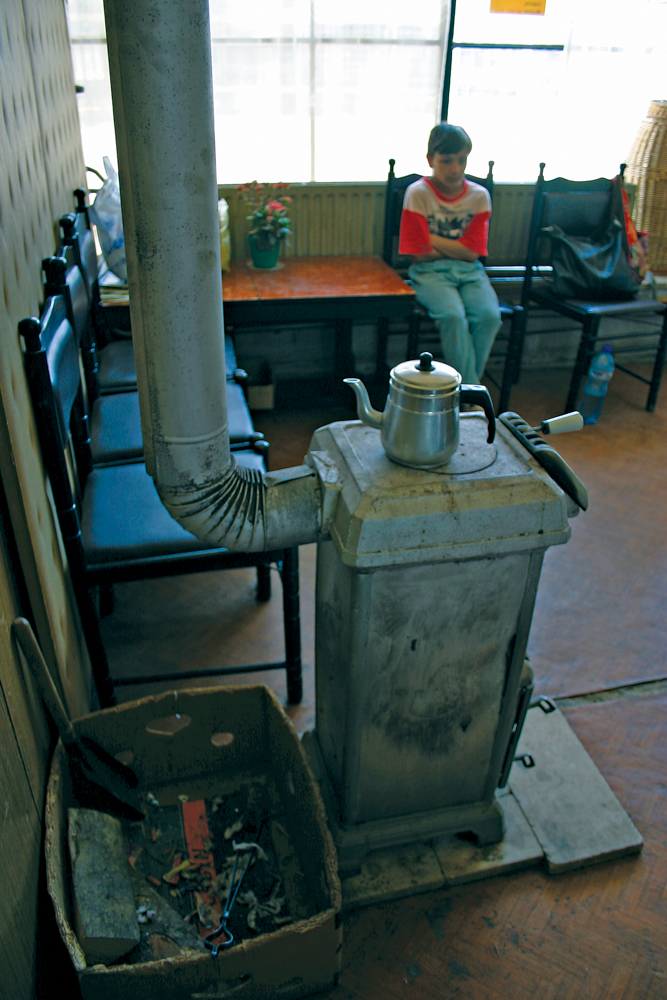 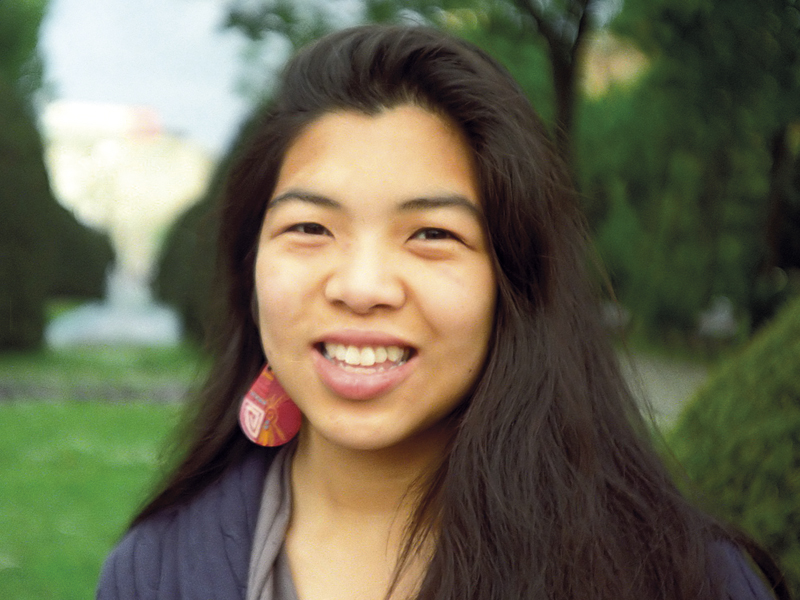