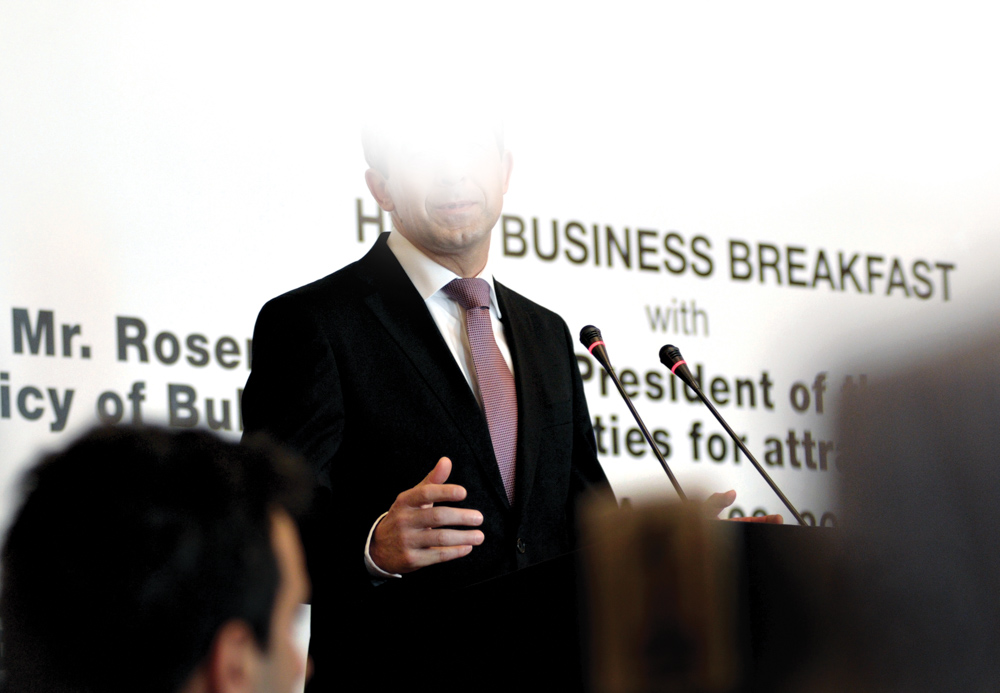 If we are to assume that Rosen Plevneliev won last year's presidential election in a free and fair ballot (a fact disputed by a number of organisations and observers who reported widespread fraud, buying of votes and a manipulative media environment), then we should be asking what he has achieved, or failed to achieve, in the five months he has been in office.

The answer, to put it succinctly, is nothing.

Apart from a few obvious blunders, such as calling the visiting Vaclav Klaus president of Poland ‒ or was it Czechoslovakia? ‒ Plevneliev, a quiet man who had said he was surprised when Boyko Borisov put forward his name for the presidency, has confined himself to the usual Bulgarian political gobbledygook. Sticking to empty commonplaces such as "Euro-Atlantic priorities," the need to "restore Bulgaria's statehood," and to "elevate the status of Bulgaria's culture," he has failed to address through words, much less in action, any issue of national significance.

The Bulgarians who did vote for Plevneliev in earnest back in 2011 did so for two main reasons. First, they wanted a breath of fresh air. Georgi Parvanov, a former stooge for the Communist-era State Security, who now openly vies for the leadership of his Bulgarian Socialist Party, had created a staid atmosphere of pomp and political kitsch where no new ideas could germinate.

Others hoped, even though Plevneliev was Boyko Borisov's personally selected candidate, that the relatively young engineer would be able to shake off the influence of his boss and start acting as a moral balance to his increasingly authoritarian style.

So far, the only visible thing Rosen Plevneliev has achieved is to relinquish control of some of the security services, previously under the mandate of the president, and return them to the command of Boyko Borisov, thus helping to make the leader of GERB ever more dominant. This is yet another sign that the prime minister and his clique are very serious about dominating the whole repressive mechanism of the state and making it available to themselves to use as they please.

When he rose to power, Rosen Plevneliev vowed that he would set up a number of public councils which would consult him on important issues such as security, the economy, culture, Bulgarians abroad and so on. The speed with which he set about the task once in office is at the least discouraging. None of the promised councils is yet operational or, if they are, their existence is kept under lock and key and no one, except possibly GERB's PRs, actually knows who their members are. The immensely long drawnout business of the relatively straightforward task of picking intelligent young professionals with integrity to formulate state policies for the president indicates that the president is either unable or unwilling to deliver.

The position of the Bulgarian president is, in terms of his Constitutional prerogatives, somewhat unique in Europe, in that he is perhaps the only directly elected head of state, in a first-past-the-post vote, who has very limited powers. Apart from having the right to veto legislation in some cases, which Rosen Plevneliev has so far not exercised, the president is the ceremonial supreme commander of the armed forces. These limited powers leave the Bulgarian president, whoever he might happen to be, with few options. He can be a moral authority, a corrective to what the government of the day may happen to be doing, and he can also appear at state dinners and engage in the sort of chalga politics that has gripped Bulgaria under Boyko Borisov.

Rosen Plevneliev has delivered nothing on the first.

The issues that he might address, directly or indirectly, include, but are not limited, to the following:

After the announcement that Rosen Plevneliev had won the presidential election, Boyko Borisov famously said: "Whoever I had handpicked would have become president." If Plevneliev's actions so far are anything to go by, the prime minister may have been right.