HOLY MOTHER OF GOD FROM... HASKOVO 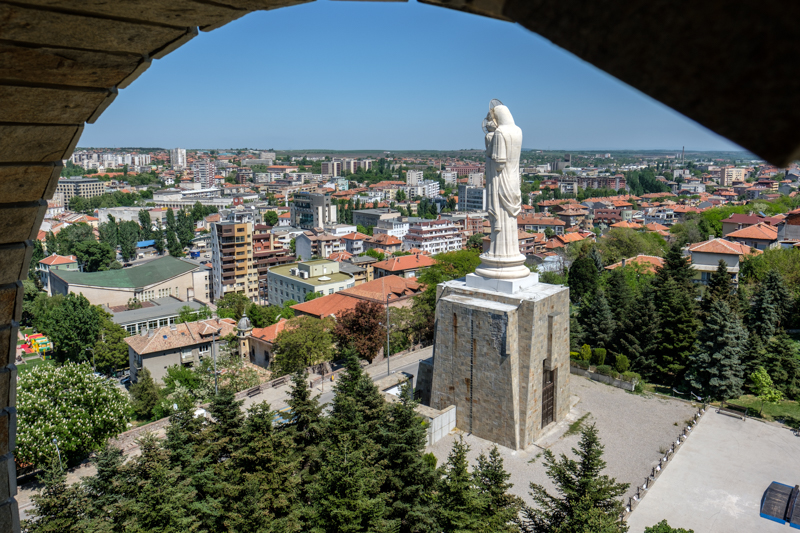 The statues that adorn Bulgarian squares, streets and historical sites represent this nation's modern history in miniature, but not always in the way their creators intended. Monuments built in 1878-1944 are elegant and relatively small in scale, in the best traditions of realism. Communism was the time of gigantic monstrosities of exposed concrete and steel that tended to symbolise the Communist Party's grip over society rather than evoke patriotic feelings. In the 1990s, few monuments were erected in Bulgaria: times were hard, and there was no money to spend on basics, let alone statues. As the economy improved in the 2000s, the trend shifted. Bulgaria now experiences a boom in "high-tech" patriotic monuments including a medieval king with glowing eyes in Sofia, another medieval king with a glowing crown in Vidin and a 20th century war hero whose statue sings military marches in Dobrich.

However, none of Bulgaria's new monuments can compete in concept, scale and ambition with the massive statue of the Holy Mother of God with Baby Jesus on a hill in Haskovo. It appeared in 2003 and a year later Guinness World Records recognised it as the tallest in the world.

The monument weighs 80 tonnes and is 14 metres tall. It stands on top of a 17-metre pediment with a chapel inside. For many, it is one of Bulgaria's modern wonders and a major tourist attraction in Haskovo. It was the brainchild of then Haskovo mayor, Georgi Ivanov. Erecting statues of religious figures is not an Eastern Orthodox tradition, but he wanted to pay respect to the city's divine patron and, probably, to throw down the gauntlet to Rio. 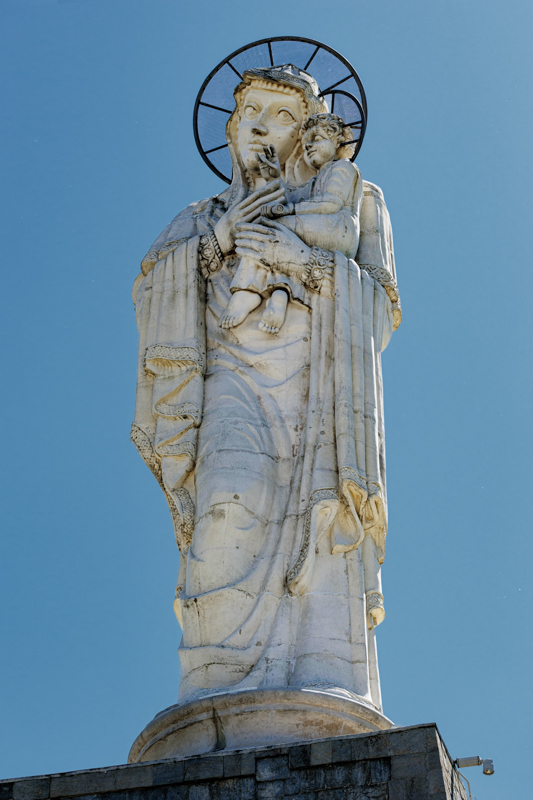 The Mother of God is the patron of Haskovo and 8 September, The Nativity of Mary, is the official high day of the city

Significantly, few of the visitors who marvel at the Holy Mother of God are aware that this religious monument was in fact one of those Communist monstrosities that were supposed to be the total antithesis of faith and religion. The pedestal on which the Holy Mother of God stands was built in the 1970s to commemorate members of the Bulgarian Communist Party's youth wing who had died before 1944.

The inner chamber of the original monument was to have a stained glass depiction of the Heart of Danko, a character of Soviet writer Maxim Gorky who led his people into battle for freedom and whose heart continued to glow even after he died. The stained glass piece was difficult to make, in addition to being expensive, and the monument was left unfinished and started to crumble – until 2003, when it was redesigned into a Holy Virgin, and the chamber became a chapel.

After the Holy Mother of God, Haskovo continued building new statues. Some of them are amusing, such as the witch hitting a pylon in the centre of town, and the children pulling a rope on the Orange Bridge. Others are more serious, and not in the way one has begun to expect in the 2010s. Instead of the usual war hero or medieval king, in central Haskovo there is a monument of Icarus. His wings are spread out and he yearns to fly, but a pair of huge, skeletal hands stop him from soaring into the sky. The statue is called Monument to Envy and is dedicated to the Bulgarians' supposed inability to dig in the success of others, and their strong desire to frustrate anyone's efforts to rise above the crowds. "There are no devils around the Bulgarian cauldron in hell, the saying goes, as the instant a Bulgarian sees another Bulgarian trying to escape, they pull them back into the pitch."