THE IRISHMAN WHO DANCED THE HORO

The name, Rachenitsa, may be too difficult for a foreigner to remember or pronounce, but you have probably seen it as a crude copy on the wall of a traditional restaurant, as a reproduction or a souvenir, or in the original in the National Gallery of Art.

It is an image that stays in the mind. In a brightly-lit, austere tavern, a pair of men in traditional Bulgarian costume dance, surrounded by onlookers. Rachenitsa is a horo popular all over Bulgaria and is usually danced by one or two men, not holding hands, but on their own. Famous for its difficulty and the stamina required, in the olden times it was used as a competition between rival parties.

For generations of Bulgarians, the 1894 painting Rachenitsa by Czech artist Jan Mrkvička embodies the Bulgarian spirit. When in 2008 a smaller version of the painting appeared at an auction, it sold for 75,000 euros, becoming the most expensive piece of Bulgarian art at the time.

The fact that it was created by a foreigner does not bother the Bulgarians. They consider Mrkvička one of their own.

Jan Mrkvička (1856-1938) was one of the Middle European architects, scientists, artists and industrialists who came to newly-independent Bulgaria after 1879 to help with the building of the country's infrastructure, institutions, and culture. Many of them were Czechs. Historian Konstantin Jireček travelled around the country, wrote the first Bulgarian scholarly history and was even a minister of education. The brothers Hermengild and Karel Škorpil laid the foundation of Bulgaria's archaeology and museums. Another pair of brothers, Jiří and Bogdan Prošek, worked on Sofia's urban planning, built the Eagle and Lion bridges, and founded a printing press and a brewery in the capital.

Jan Mrkvička arrived in 1881 at the invitation of the government of the autonomous Ottoman province of Eastern Rumelia, and taught art there until he moved to Sofia in 1889. Mrkvička fell in love with Bulgaria and its people, and devoted his art to its traditions and way of life. He painted markets still rich with their Ottoman past, weddings, beautiful girls in traditional attire, Gypsies. Mrkvička created the first fine arts school in the country, illustrated the first edition of Pod Igoto, or Under the Yoke, the seminal novel by the writer Ivan Vazov, and painted The Virgin Mary, Jesus and Ss Cyril and Methodius on the icon doors of St Alexandr Nevskiy Cathedral. Together with another Czech, the archaeologist and first director of the Archaeology Museum Václav Dobruský, he created Sofia's first coat of arms.

Rachenitsa is his most famous creation, and justly so. It is more than a rendition of the past, and even what this Bulgarian dance stands for. It is a meditation on the essence of dance. The two main figures look ethereal, lost in their movements, oblivious to physical strain, and to the presence of the onlookers and the world outside. Surrounded by people, they are alone with the music and the dance.

Works of art evoking a rich inner life inevitably provoke questions on mundane details. Rachenitsa is no exception. Is the tavern a real or an imagined place and who are the dancers, researchers have asked. Some have identified the place as a tavern near Bankya and the man facing the viewer as a famous local dancer and musician, "Handsome" Nedyalko.

In the past few years a new theory has gained popularity. According to it, the tavern is in Bistritsa, near Sofia. The main dancer is not a Bulgarian, but an Irishman, journalist James Bourchier (1850-1920). Comparison with contemporary portraits of Bourchier actually show a physical resemblance with the dancer in Mrkvička's painting.

Having James Bourchier dancing Rachenitsa in a seminal piece of Bulgarian art is not that surprising. Just like Mrkvička, Bourchier loved Bulgaria. He arrived in Sofia in 1888 as a correspondent for the London Times and quickly developed a soft spot for the country. He settled permanently in Sofia in 1892.

Just like Mrkvička, he was enchanted by the Bulgarians. He loved wearing traditional attire as much as he cherished the local food and drink, dances and rites. He was also a friend of Mrkvička. The two of them travelled together around the capital, exploring its environs, making friends with its people, feasting in taverns like the one depicted in Rachenitsa. This was why, probably, the Czech artist depicted the Irish journalist as the main figure of his Bulgaria-themed painting.

Bourchier was an outspoken supporter of the Bulgarian national cause, but his open opposition to Bulgaria's joining the First World War left him at odds with King Ferdinand. In 1915, the journalist left the country he loved so much. When he died, in 1920, his will stated that he wanted to be buried near Rila Monastery. His wish was fulfilled. Bourchier's remains are still in the Rila, in a humble grave among the firs.

Today, most Bulgarians are unaware of the whereabouts of his grave and are more familiar with his name because of the eponymous Sofia boulevard, rather than because they have read any of his passionate articles. Such is the fate of even the best journalists: they spend their lives capturing the essence of the present and turning it into pieces of history, only to be buried beneath the accumulation of newer stories that are more important for the present.

Thanks to the decision of Jan Mrkvička, however, generations of Bulgarians have seen Bourchier's face – concentrated, lost in the moment – in one of the nation's most beloved pieces of art. 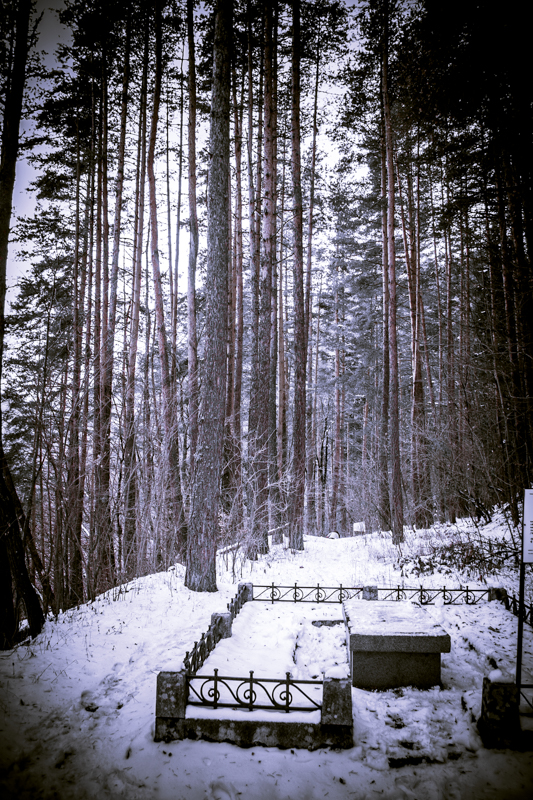 James Bourchier was buried near the Rila Monastery