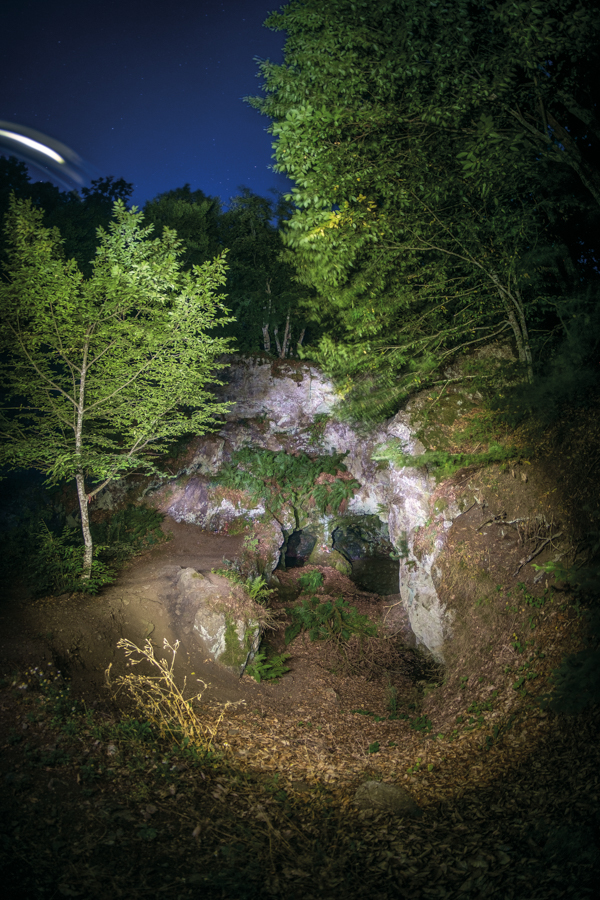 Hiding ancient treasure? A steep artificial ravine is all that remains after the digs of the supposed Tomb of Goddess Bastet were blasted, in 1981. Just like today, the site was within the strictly guarded border zone with Turkey

A long, long time ago, a group of Egyptian high priests landed on what is now Bulgaria's southern Black Sea coast. They headed inland, across the Strandzha mountains, until they reached a pyramid-shaped peak. They buried something there and then they disappeared.

What did they leave at the pyramid-shaped peak? According to different theories circulating on the Internet today, it was a sarcophagus with hidden knowledge and/or the remains of the Egyptian goddess Bastet, and/or a gold treasure, and/or something of extraterrestrial origin, unheard-of weapons included. Whatever the priests left there, it was massively important, and sought after by people such as Bulgarian State Security, MI6, the KGB, the Nazis, and even some Greek Orthodox monks. Some holy people in faraway India were supposedly also in the know about what was buried in the Strandzha.

This is, more or less, the outline of Bulgaria's biggest modern mystery, an absurd story that refuses to die, fuelled by new speculations year after year.

The story of the "Tomb of Bastet," as it is commonly known, concerns a particular location in the Strandzha. It is the Golyamo Gradishte peak, a 709-metre elevation that marks the highest point in the Bulgarian part of the mountains. At first glance, the peak is nothing special, although it is remotely shaped like a pyramid. Thick oak forests cover it, and the humble remains from an ancient fortress lurk amid the undergrowth. A small clearance near the top faces a grey rock overhanging a deep, damp ravine.

It is this rock and this ravine where the story of the Tomb of Bastet unfolds.

It all began in 1979, according to one participant in the events, Krasimira Stoyanova. Stoyanova was the niece of Vanga, the hugely notorious blind clairvoyant on whom Robert Littell modelled his Witch of Melnik in his 1970s spy bestseller.

One day, a stranger appeared at Vanga's house with a map with strange symbols that "no scientist in Sofia could decipher," recalls Stoyanova. She copied the map and showed it to her aunt. Vanga, although blind, said that the map indicated the location of a trove of hidden knowledge on human history "2,000 years before and 2,000 years after our time." She then described the location, in faraway Strandzha, to the "tiniest detail." Soon, Stoyanova and some friends discovered the place, by a rock on top of the Golyamo Gradishte.

The group returned to Sofia, and contacted Lyudmila Zhivkova, daughter of Communist dictator Todor Zhivkov and also minister of culture, a fervent mystic and a frequent visitor to Vanga. An expedition was sent to dig at Golyamo Gradishte, in the spring of 1981. The excavations were so secret that few people even in Malko Tarnovo were aware of them. However, in no time  Bulgarian State Security, which had deliberately been left in the dark, learnt what was going on. 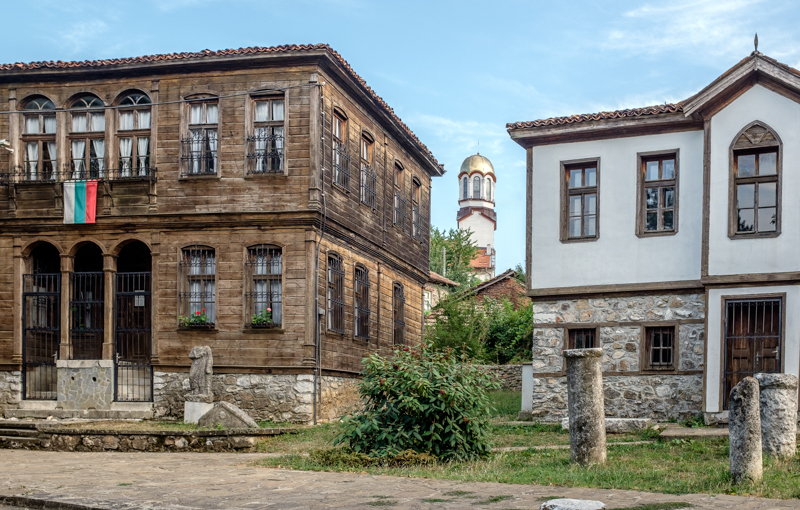 In the spring and summer of 1981, the sleepy border town of Malko Tarnovo was completely unaware of the secret digs at the Golyamo Gradishte. Now the town teems with rumours and "witnesses." Some tourists come mainly to see the Tomb of Bastet and a bunch of the  "mystic" sites in the area

According to Stoyanova, the diggers never found anything of importance but did experience a strange event. They found the place when they "saw" the image of a bearded man, probably "Moses," and of a "Pharaon" appear on a rock with three stone circles carved on its surface. Everyone present was both mesmerised and scared. A mass hallucination? Before anyone could discover, the expedition was halted owing to two unforeseen events. First, Lyudmila Zhivkova died. She was followed to the nether world by the minister of mineral resources, Stamen Stamenov, who had authorised the expedition. The participants got cold feet and left. Before they did they obliterated all possible remains of their digs. The excavation site was dynamited, creating the deep ravine that is today at the top of the Golyamo Gradishte.

Another account, by another participant in the excavation, Krastyu Mutafchiev, contradicts Stoyanova. According to him, a number of strange objects were discovered at the peak. They were sent for analysis to the then German Democratic Republic, never to be seen again.

Rumours say that misfortune continued to haunt the expedition. The soldiers who did the digging all died of a mysterious illness. Other people involved also fell ill, and soon afterwards Mutafchiev, who was chairman of an organisation to protect Bulgarian cultural heritage, was sentenced to 15 years in prison for embezzlement. He was released after Communism collapsed in 1989, and wrote several books on what had happened at Golyamo Gradishte. These and Krasimira Stoyanova's memoir are the main witness accounts of the events. Disturbingly, they often contradict each other, obscuring the truth beyond redemption.

After 1989, helped by the liberalised media and publishing market, the story of the Tomb of Bastet began to spread and grow, expanding into claims that there was a secret source of bad energy or radiation at Golyamo Gradishte; that truckloads of gold had left the area before the excavations were blown up; that the peak was connected to a series of other mystical sites via underground tunnels; that a MI6 satellite detected, while Zhivkova was still alive, a huge, cubic cavern below the peak, and so on.

What really happened on the peak in 1979-1981 remains unknown. Even archaeologists who were at that time excavating an ancient tomb near the peak, at Mishkova Niva, did not know what was happening metres away from them, atop Golyamo Gradishte.

Accredited scholars maintain that the secret expedition had excavated nothing more than an ancient mine. Sceptics believe that the dig was a state organised treasure-hunting effort, searching for anything that could be sold on the foreign antique market to fund Zhivkova's megalomaniacal construction of monuments celebrating Bulgaria's 1,300th anniversary. Indeed, the state at the time did organise illegal export of antiquities  to sell for hard currency. A bitter irony, considering that Zhivkova promoted nationalistic views of Bulgarian history and antiquity, and that many still see her as an honest patriot and idealist.

Whatever happened on Golyamo Gradishte, the place is worthy of a visit. It is in the border zone with Turkey, but access is allowed with a guide from Malko Tarnovo's history museum or the local tourist information centre.

One can also visit the ancient Roman tomb at Mishkova Niva. A site of true historical and archaeological significance, it is a complex structure of heavy boulders, built over the remains of a prehistorical megalith. Eerie and impressive, its ruins are a reminder that you do not need secret maps and clairvoyants to find a remnant of the past that speaks to the present. 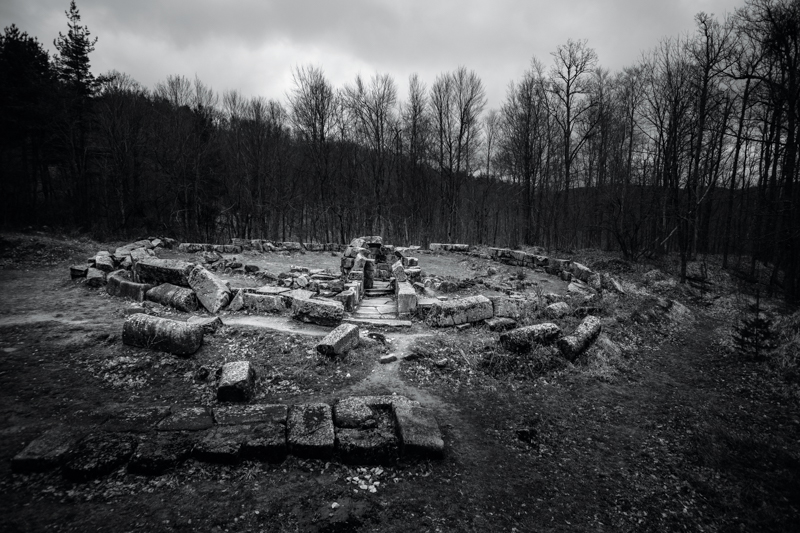 The ancient tomb at Mishkova Niva, at the foot of the Golyamo Gradishte Peak, is a genuine archeological site. Some claim it was built in the 4th century BC by the ancient Thracians, but it was most probably constructed after the 1st century AD, when the Strandzha was a part of the Roman Empire. The site can be visited easily via a new paved road. 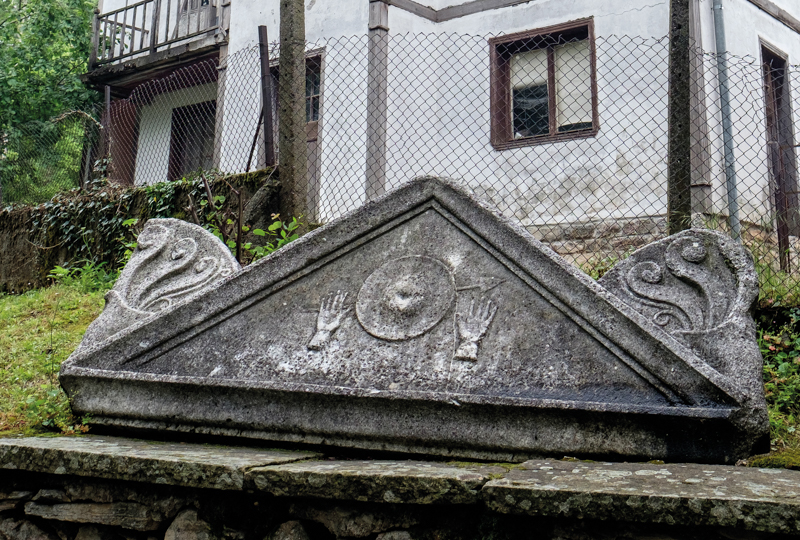 The pediment of the tomb at Mishkova Niva, in front of Malko Tarnovo's History Museum. Some claim that the symbols indicate a The Da Vinci Code type of mystery. In actual fact, both the open palms and the shield with the spear are known in Roman-era funerary art

WHO ARE THE POMAKS?
The wind of change does not blow with equal force everywhere.
OUR OWN CHOICE IN 2007
Choosing a restaurant in a foreign country is not always an easy job, and personal experience is often the best 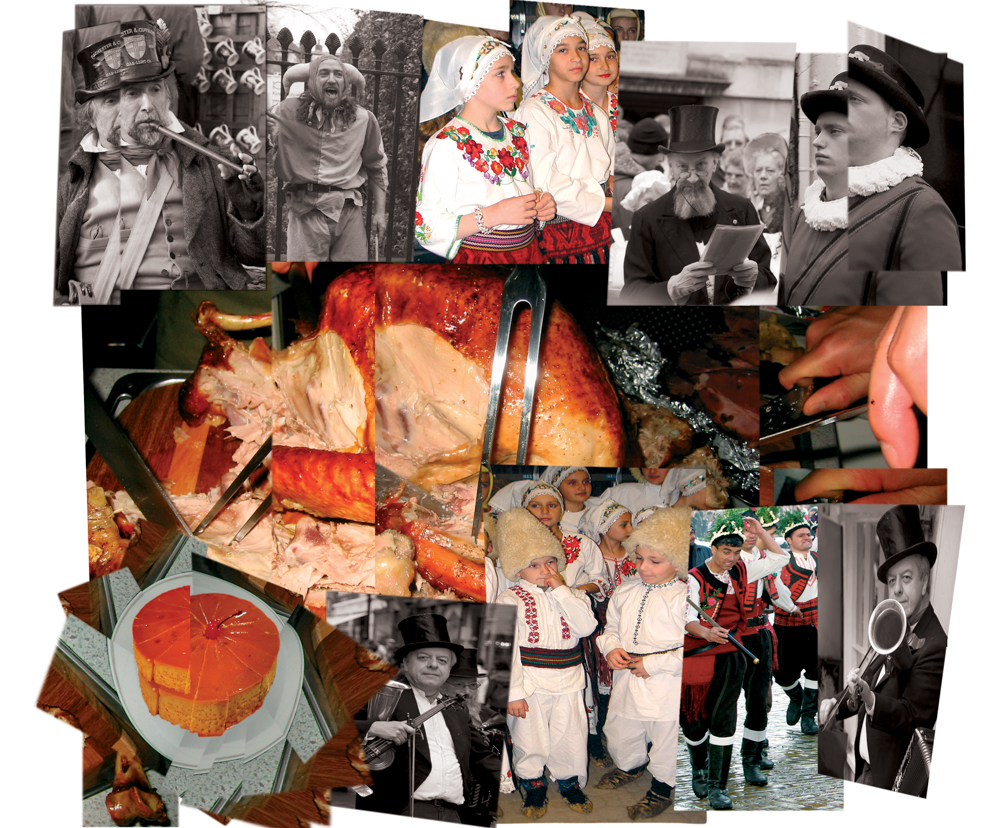 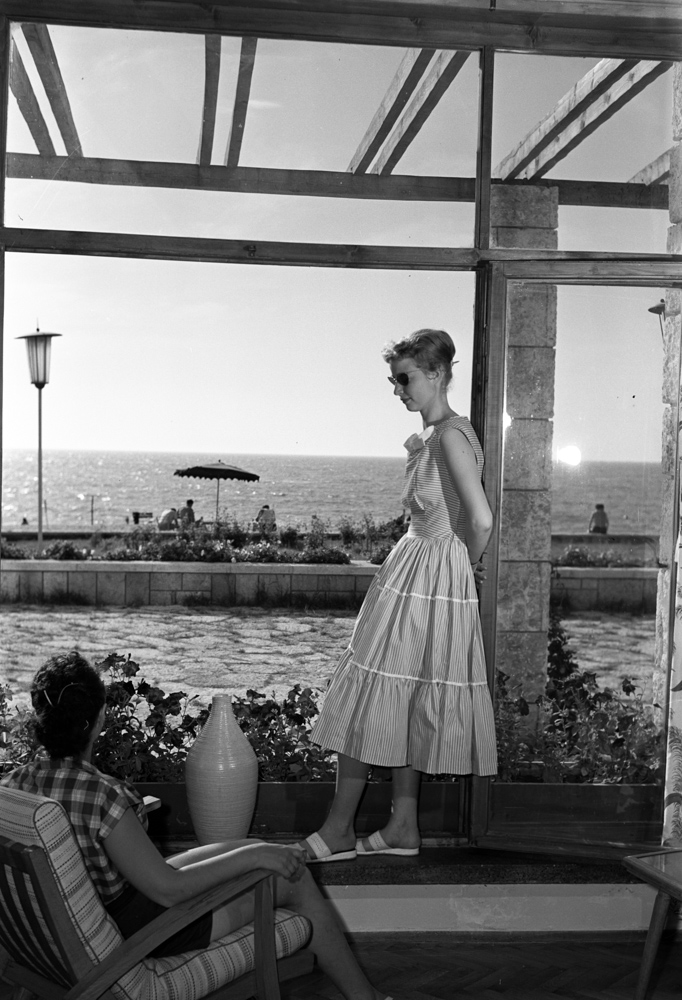 MEMORIES FROM A HOT SEA AND BUYING A ROPE
There are no avider postcard fans in the world than German tourists.