Europe, Bulgaria included, must understand that its biggest security threat apart from Al-Qa'ida is Russia 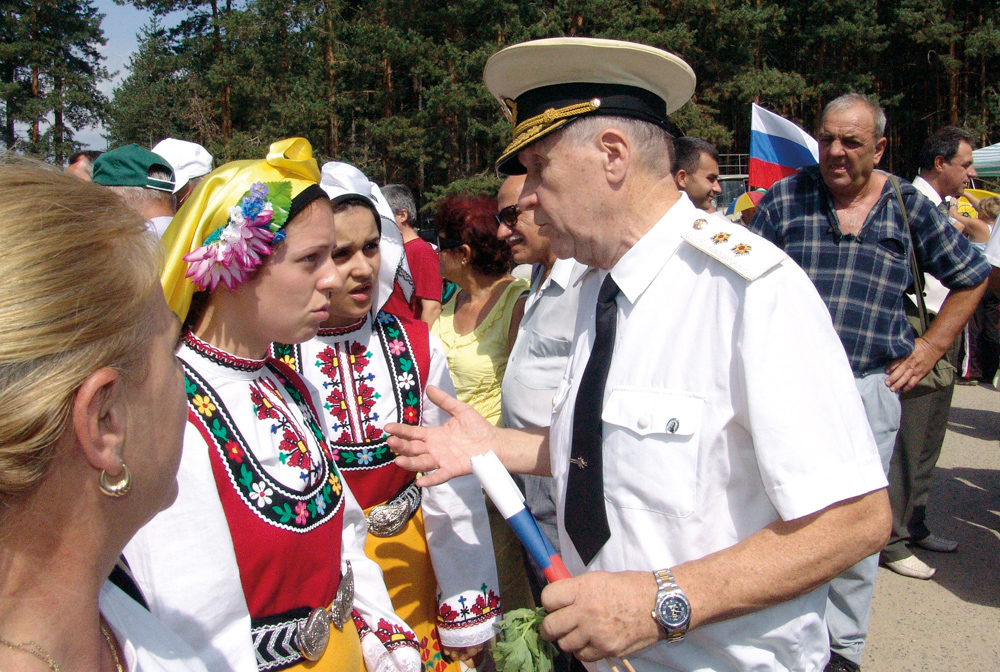 Recent years have seen a number of objects wither and become extinct, just like the Jura dinosaurs. Not too long ago a friend went to his local post office in Kinlochewe, Scotland, to post a letter. He duly addressed the envelope with his fountain pen and asked for some blotting paper. "Blotting paper?" the young Indian girl behind the counter asked. Around her neck hung the latest (well, at the time) version of the iPod.

Likewise with professions. Have you seen your typist recently? Your switchboard operator? Do you know what a switchboard means? A mettre-en-page?

But curiously, some professions keep coming back. In recent months we have seen the return of the Kremlinologists.

The Kremlinologists, or Sovietologists as some used to call them, were the guys during the Cold War who had to read between the lines of what the Warsaw Pact propaganda machine was disseminating. They were needed by Western governments and think tanks to make sense of the inner workings of what in effect was an extremely opaque and extremely centralised form of government, the one of the Brezhnevs and the Gromykos. Lack of independent and reliable information forced the West to use the tiniest tidbits, such as removal of portraits, the rearranging of chairs, positions at the reviewing stand for parades in Red Square, and other indirect signs to try to understand what was really happening in internal Soviet politics.

When you read the new Russian foreign policy doctrine in 2008 you certainly need a good Kremlinologist to decipher.

Against the background of Russia's recent invasion of Georgia, Russian President Dmitriy Medvedev (means "Bear" in Russian, pun unintended) asserted that the principles of his "new" foreign policy did not indicate Russia's waging or countering a new Cold War, but upholding its "national interests."

These include the "recognition" and respect for the "basic principles of international law"; the notion that the world should be "multi-polar" as unipolarity is "unacceptable and impermissible" even if it is directed by "such a serious and authoritative country as the United States of America"; the idea that Russia should not be in "isolation" and should conduct dialogue with the United States and "other countries of the world"; the need for Russia to "unquestionably protect the life and dignity of its citizens wherever they are" – OK, with the warning that "it should be clear to everyone that if anyone makes aggressive forays, he will get a response"; and establish spheres of influence where Russia has its "privileged interests."

Kremlinologists would indeed read between the lines.

Russia was a signatory to the April 2008 UN Security Council resolution that reaffirmed the integrity of Georgia. It invaded Georgia a few months later, justifying its decision by claiming that its citizens were attacked by Georgia. But who undertakes unilateral action against a sovereign state if he believed in international law? At the time of the "hot" conflict, Russia made – and still makes – numerous promises which it has no intention of keeping. Obviously, this kind of behaviour evokes 1975 when Russia became a signatory to the Helsinki Final Act and immediately thereafter tightened the lid on its own citizens.

By saying Russia is opposed to the supremacy of the United States (and the Allies, amongst which are Britain and, yes, now Bulgaria) Russia in fact gives a blunt warning against the expansion of NATO and the EU into Ukraine and Georgia.

Russia wasn't particularly happy to see NATO and the EU in Latvia, Lithuania and Estonia either, nor was it particularly enchanted when Bulgaria, its closest ally in the former Warsaw Pact, fled the Socialist Camp coop.

But the Russia talking now is not the Russia of the 1990s. Putin, the KGB and the oil barons are very much in power, and the EU's naive short-sightedness has permitted them to make significant parts of Europe, including Bulgaria, dependent on Russian energy. Russia knows that even if Georgia and Ukraine were to be accepted in NATO, NATO would be unlikely to go to war with it over Ossetia or Crimea; nor would the EU support any such action for fear Russia would shut down the oil tap.

However, despite the gas and oil, Russia counts on the EU as much as the EU counts on Russia. In a free market world selling goods is a bilateral act, and if Russia misbehaves too much, it could easily find itself unable to sell its "huge" reserves of oil to the EU market, certainly its most lucrative.

Russia needs Europe as much as Europe needs Russia. And if Russia bullies Europe over Georgia, the EU must strike back – not with guns, but with sanctions, suspended contracts, frozen assets and alternative deals.

Under its current president and government, Bulgaria is unlikely to take a definite stand on the issue because it still wants to act as a "bridge" between the West and the East. The Russians as a nation continue to be very popular in Bulgaria despite the legacies of Communism. The government is spending money to promote 2008 as "The Year of Russia in Bulgaria," and the president is always seen in attendance whenever there is some provincial "festival" celebrating Russian culture. But sooner rather than later Bulgaria must realise that Russia's Foreign Minister Sergey Lavrov means no joke when he divides the world into a near-abroad and all the others. Bulgaria is obviously within the area in which Russia considers itself having a "privileged interest." Unless it does something, Bulgaria may soon find itself again in the position of a "privileged" vassal – getting oil but also being told what to do.