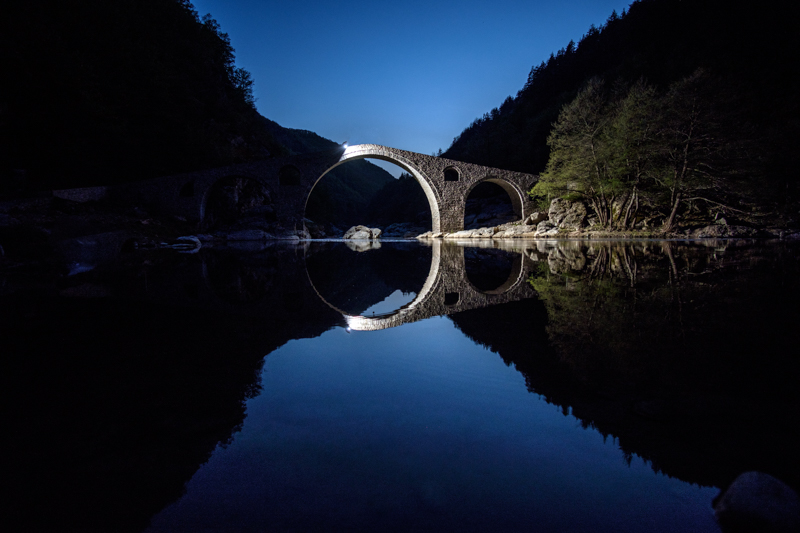 In previous times, when information signs of who had built what were yet to appear on buildings of interest, people liberally filled the gaps with their imagination. When they could not explain the origins of a majestic church, a massive earth bank or even a whole city in ruins, they invented legends about supernatural creatures whom they held responsible. For some reason, predominantly Christian Europe often saw the Devil as the most probable builder of certain churches, and particularly of bridges. There is the Devil's Footstep in Frauenkirche in Munich. There is Silbury Hill near Avebury. And about a dozen Devil's Bridges exist in Germany, Wales, England, Austria, Switzerland and France.

Bulgaria, too, has its Devil's Bridge. Curiously, it is located in an area with a predominantly Muslim population.

Bulgaria's Devil's Bridge spans the upper Arda River near the small town of Ardino in the Rhodope Mountains. It is 56m long and 11.5m high at its middle arch, and is located in a landscape that compliments its beauty. This stretch of the Arda flows through an isolated area that combines sublime peaks, bucolic forests and the subtle feeling that something invisible is always on the watch.

Standing before the bridge, marvelling at the reflection of its elegant arches in the water, it is easy to believe that this feat of engineering was only made possible with supernatural help. 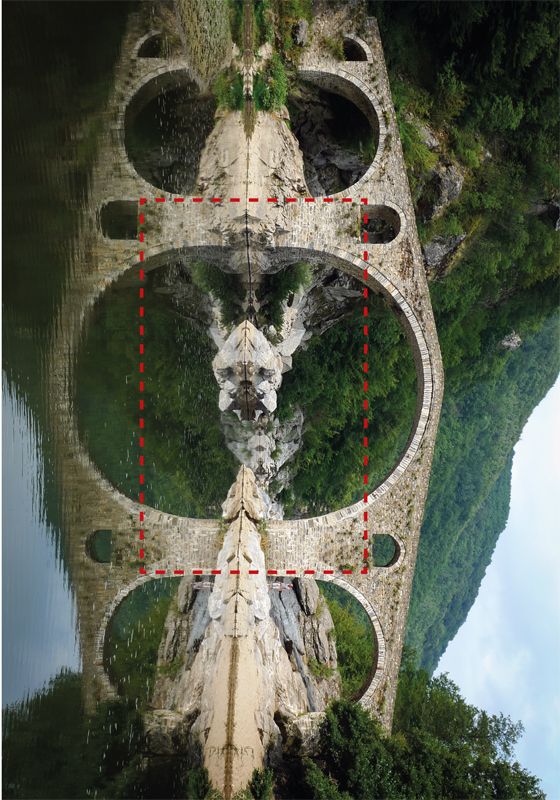 Above and next photo: Different people see different devils in different parts of the bridge

Conveniently, there is a plethora of legends to explain how the bridge and the Devil are linked.

One tells that only the Devil could build such a bridge – and he did so, as daring proof of his power, leaving the imprint of his foot in the rocks around. Another tells of a Bulgarian girl running to escape a band of Ottomans and who, exhausted, decided to end it all by jumping from the bridge. When her pursuers looked down to see where she had fallen, they saw the Devil himself in the water. Terrified, they fled, and the girl emerged from the river unscathed. 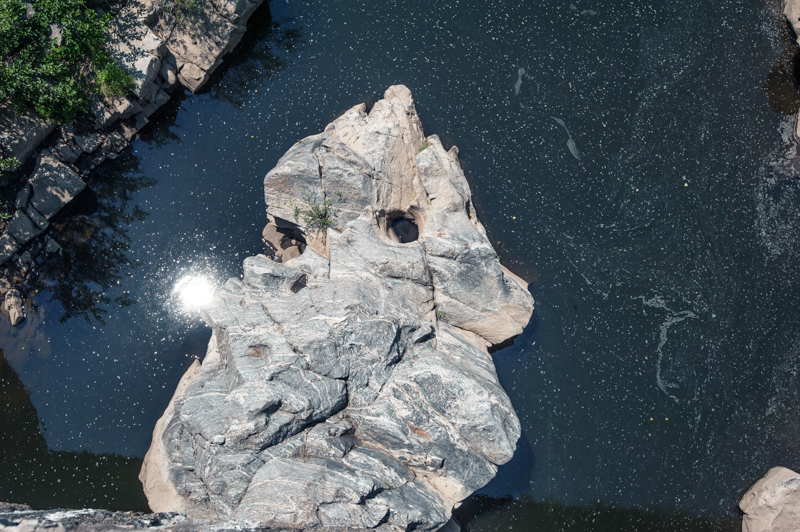 Challenging to the imagination, one story tells of a young builder who made a deal with the Devil. In exchange for supernatural help, the builder would put the Devil's image into the bridge in such a way that it would be simultaneously visible and hidden. It sounded impossible and the Devil was already rubbing his hands in anticipation of the man's soul, when he realised that the builder had cleverly succeeded in the task. The face of the Devil was there. You only need to crane your neck, or rotate a photo of the bridge vertically, and you are staring into the face reflected in the water.

The true history of the Devil's Bridge is as intriguing as all these legends. It was built in the 16th century, at the request of Ottoman Sultan Selim I, to facilitate travel on a millennia-old route between the Thracian Plain and the Aegean. In the mid-20th century, the route and the bridge were abandoned and forgotten as Communist Bulgaria and NATO member Greece found themselves on the opposite sides of the Iron Curtain.

Over the following years the bridge narrowly avoided disappearing completely. The construction of a dam was proposed for this stretch of the Arda. The entire vicinity was to be submerged, but for some reason the dam was never built, and the bridge survived. 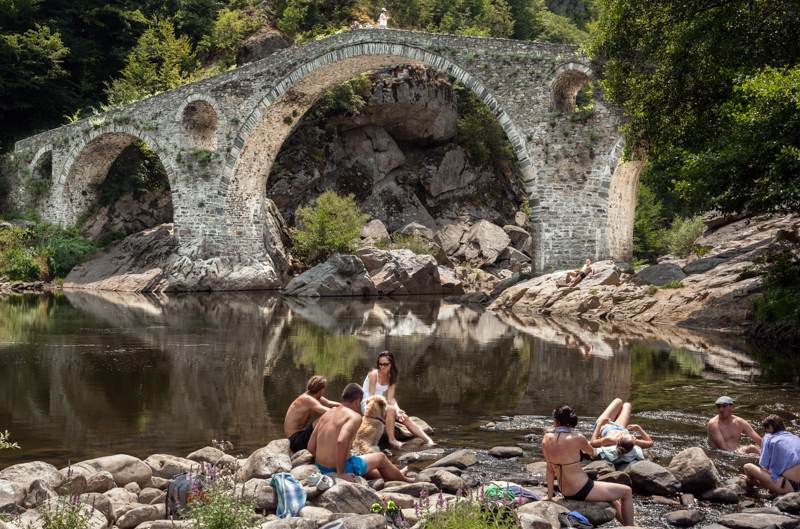 The Devil's Bridge is not only a dark-themed out-of-the-way experience, but also a popular fishing, bathing and picnicking spot

The Devil's Bridge emerged as a popular tourist destination in the 2000s, when rural and sustainable tourism was being developed, usually with EU funding. The increased popularity of the place means more visitors year round, some seemingly coming only to enjoy the barbecue area or the fishing spots. Recent renovations have robbed the centuries-old construction of its weathered charm.

However, if you have the luck to be there alone with the bridge, the river and the mountain, you would be forgiven if you find yourself listening carefully, waiting to hear the echo of the Devil's laughter, as one of the many legends about this place claims.