Since 2006, we have added a portfolio of books to our magazines. Here are some of them.

In 2008 we published East of Constantinople/Travels in Unknown Turkey, a travelogue about some of the highlights of one of Europe's most amazing countries. From the Iranian border and what some still think is the remnants of Noah's Ark to places like Mount Nemrut, Şanlıurfa, Cappadocia and Trabzon, we transversed eastern Turkey several times over to be able to come up with a product that still captures the imagination of thousands of readers. In Bulgarian only. 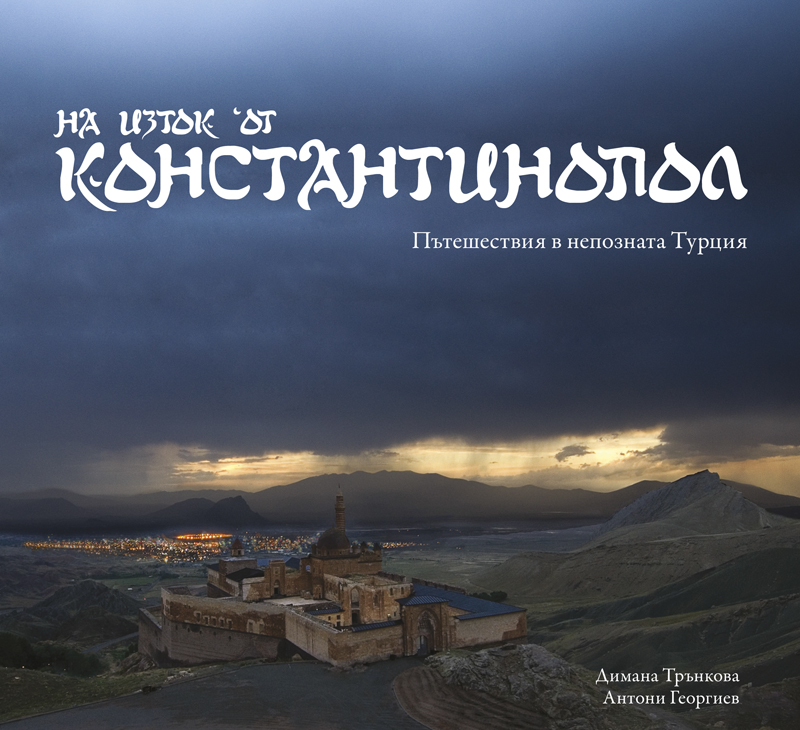 East of Constantinople/Travels in Unknown Turkey

In 2009 we published a small book entitled Wall-to-Wall/Poetry Europe. This was supposed to be a guide to a major project in which the embassies of all EU member states plus Turkey participated. The aim of the project? To decorate some of Sofia's empty walls with snippets from a wide range of poets from European countries. 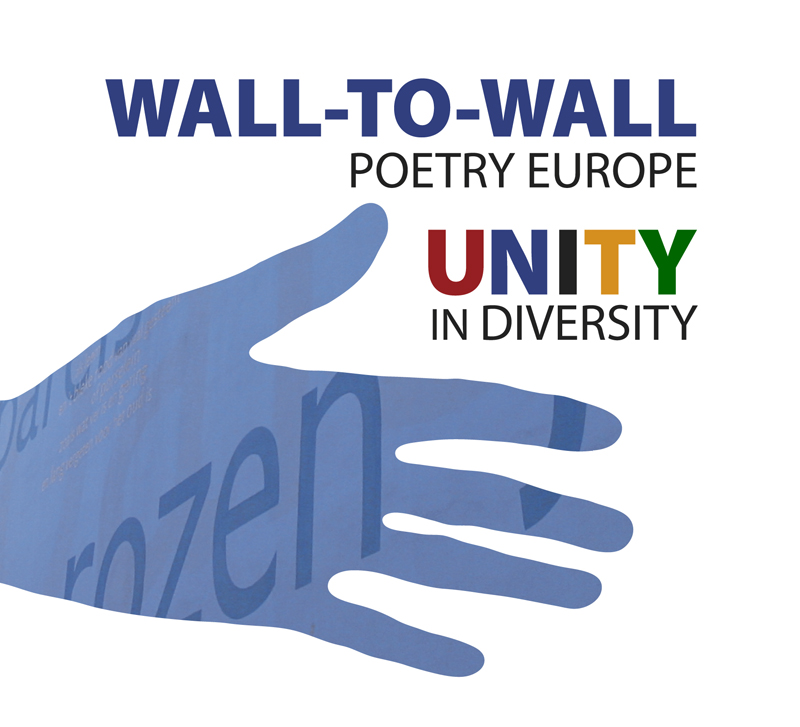 These included Constantine Cavafy (Greece), Jaan Kaplinski (Estonia), Odilon-Jean Périer (Belgium), Piet Hein (Denmark), Wolf Harranth (Austria), Marcelijus Martinaitis (Lithuania), Tomas Tranströmer (Sweden), Liz Lochhead (UK), Máirtín Ó Direáin (Ireland) and Jan Hanlo (The Netherlands). They were in the company of poets from other European countries that hardly need any introduction: Dante, Schiller, Hristo Botev and Mihai Eminescu. The project had been initiated by the Dutch Embassy in Sofia. The book, which includes short bios of the represented poets, is in over 20 languages (plus English and Bulgarian) – a linguistic treat!

Our Guide to Jewish Bulgaria appeared in 2011. This book takes on to the relatively well-known Jewish heritage sites in Sofia, Plovdiv, Samokov, Pazardzhik, Ruse and Shumen, but it also detours off the beaten track to the lesser and sometimes unexpected sites of Jewish interest in Vidin, Lom, Silistra, Dobrich, Varna, Burgas, Yambol, Stara Zagora, Dupnitsa, Kyustendil, Gotse Delchev and many others. 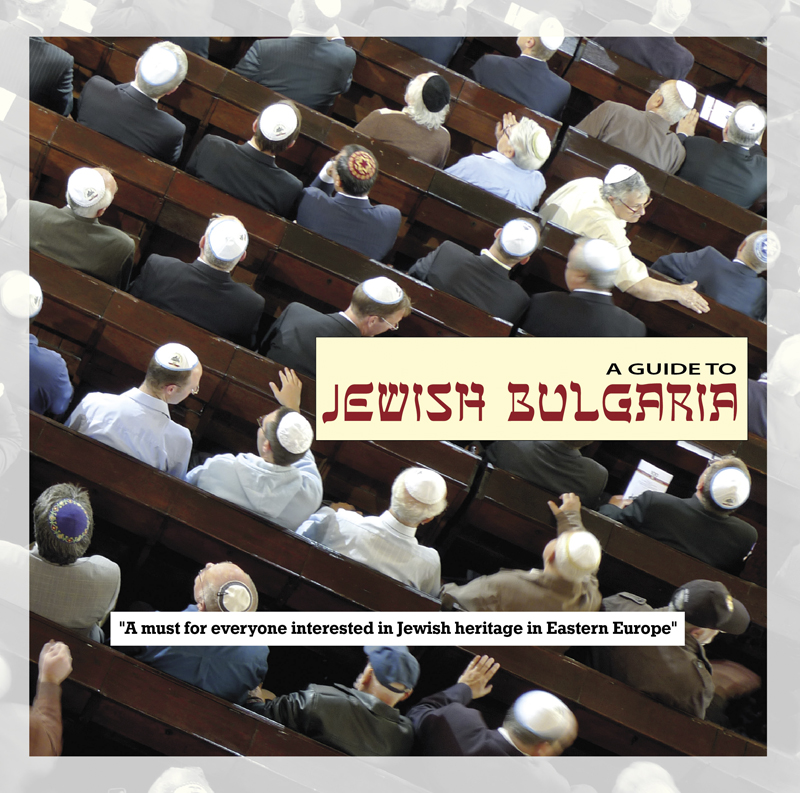 Richly illustrated with superb photography and voicing independent research and opinion, A Guide to Jewish Bulgaria was designed to be a journey through both territory and time: illuminating the backgrounds while directing through the topography. Many of the monuments described are hard to find and in various stages of disrepair. Some are poignant, others are stomach-churning. But once discovered, they hold a reward as they open up the gateways to a fascinating if largely forgotten part of Europe's Jewish heritage. In English.

Bulgaria spent 500 years of its history under the Ottomans and the country is still dotted with various remnants of its Ottoman past. Still, there is surprisingly little information about all the bridges, mosques, public buildings, water fountains, forts and schools that the Ottomans built. Amazingly from a Western standpoint, the Ottoman legacy in this country is still controversial. 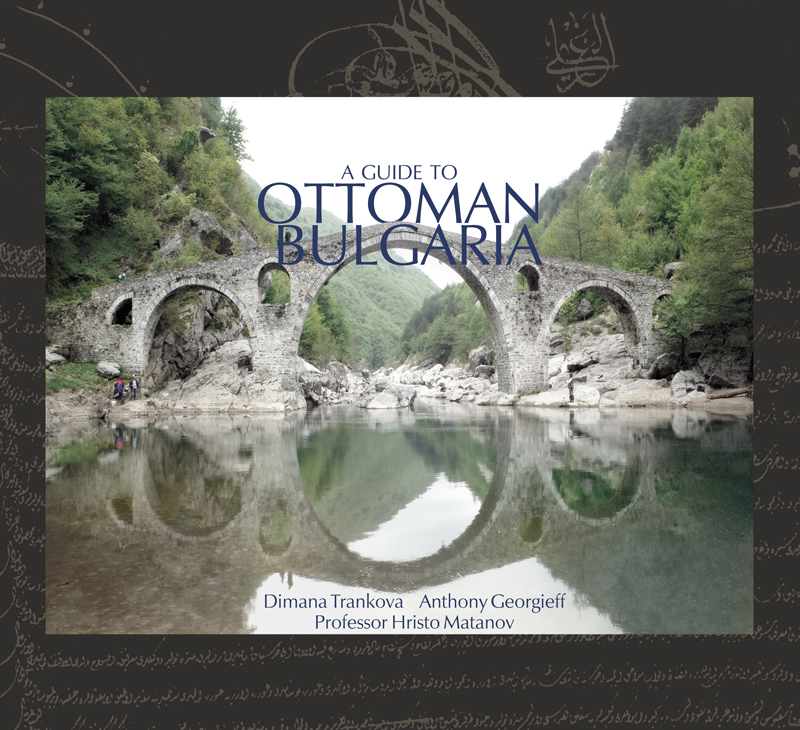 We took the challenge, at the end of 2011, and we wrote and published, with the assistance of noted historian Professor Hristo Matanov, A Guide to Ottoman Bulgaria: two versions of it, in Bulgarian and in English. Within a few months, it sold out – so we did a second run, at the beginning of 2012.

At the moment we have a small stock of A Guide to Ottoman Bulgaria in Bulgarian only. The English version is out of print.

Encouraged by the success of Ottoman Bulgaria, we went deeper into Bulgaria's heritage since the 15th Century. Whilst Ottoman Bulgaria focused on material heritage – mainly sites and buildings, our next title was supposed to deal with the non-material heritage of the Ottomans: music and dance, language, cuisine, religion... We invited a number of Bulgarian scholars to participate: Yordanka Bibina, Radko Popov, Orlin Sabev, Doroteya Dobreva, Bozhidar Aleksiev, Ivanka Vlaeva. This is how The Turks of Bulgaria came into being, at the end of 2012. 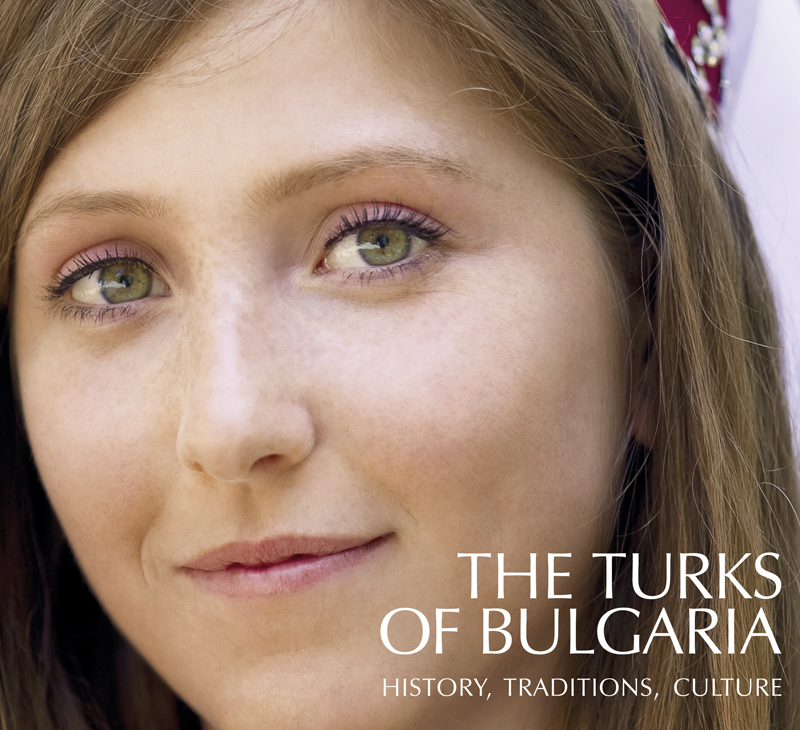 The book was so novel in Bulgaria that a group of "patriots," including some scholars, snatched the chance to brand us "traitors" and demand the book be banned. Bulgaria in the 21st Century is rarely at peace with its own past... Like A Guide to Ottoman Bulgaria, The Turks of Bulgaria came out in two versions: one in Bulgarian and one in English. Both are still available.

In 2013, we started a very interesting cooperation with the American Research Center in Sofia. The result of this has been three titles: Medieval Melnik by Elena Kostova (2013), Memories of Everyday Life During Socialism in the Town of Rousse, Bulgaria by Dilyana Ivanova (2014) and The Jews of Karnobat by Zvi Keren (2014). These books are quite different from what we had done previously as they are purely academic researches in history and archaeology. We are very happy with them, and went on to publish the research papers of ARCS, called – you've guessed it! – PARCS. The first volume of PARCS is already out. In early 2015 we will be bringing out the second. All of those are in English.

Earlier in 2014 we did a small book to commemorate the 100th anniversary of one of Sofia's landmark buildings, the Residence of the British Ambassador. The British Residence, as it is popularly known in Sofia, is a gem. Situated on a major road in Central Sofia it has undergone several reconstructions since its original inauguration in 1914, but its spirit has remained unchanged: exquisitely British. 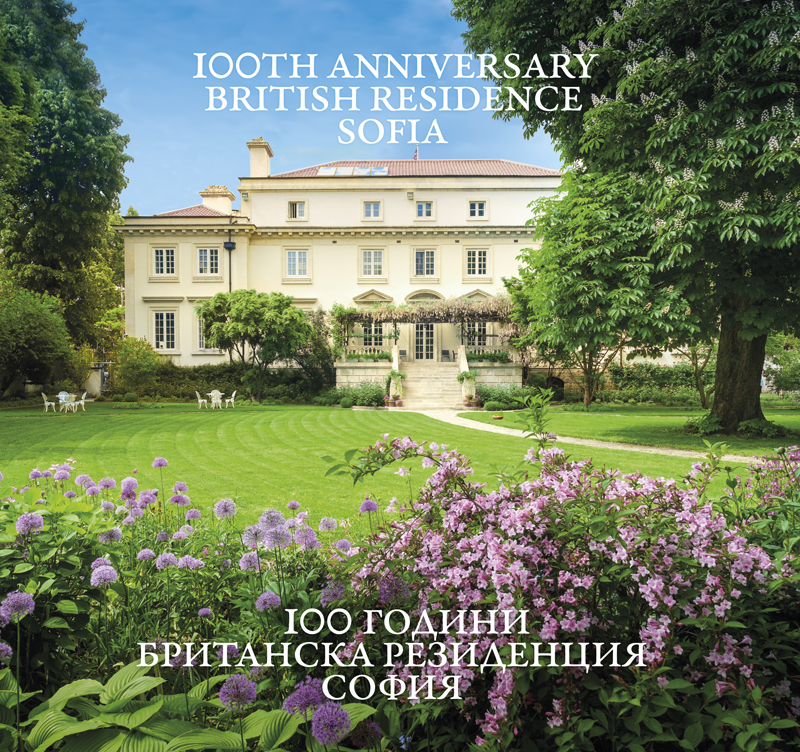 The residence is increasingly used for social functions in addition to being of course the home of the British ambassador and his family. The British Residence book is in English and Bulgarian.

In December 2014 we are bringing out another major title: Hidden Treasures of Bulgaria, Vol. 2. With it we we take the reader to lesser or completely unknown places in Bulgaria that fully live up to the promise of being "hidden treasures." Often located off – or off-off – the beaten path, they are an integral part of what makes today's Bulgaria such a fascinating travel destination. Many of the rock formations, monasteries, bridges, Jewish cemeteries and abandoned border zone outposts are not to be found in any guidebook, and neither are some of the events and festivals described and photographed in detail here.

To get to see them, one needs to know that they exist and how to get to them, and to understand what they are about one needs to be familiar with the background.

This book provides both. Hidden Treasures of Bulgaria is the result of many years of travel and research through all parts of Bulgaria, from the western Rhodope to Shabla, and from the estuary of the Timok River on the Danube to Bulgaria's far-flung Rezovo on the southern Black Sea coast. We feel it is an indispensable source of information about everything that travellers are likely to want to know about this country – and more. It is a tableau vivant of where Bulgaria stands at the beginning of the 21st Century: with one foot entrenched in its sometimes controversial past but with the other making determined strides towards its European future. In English. 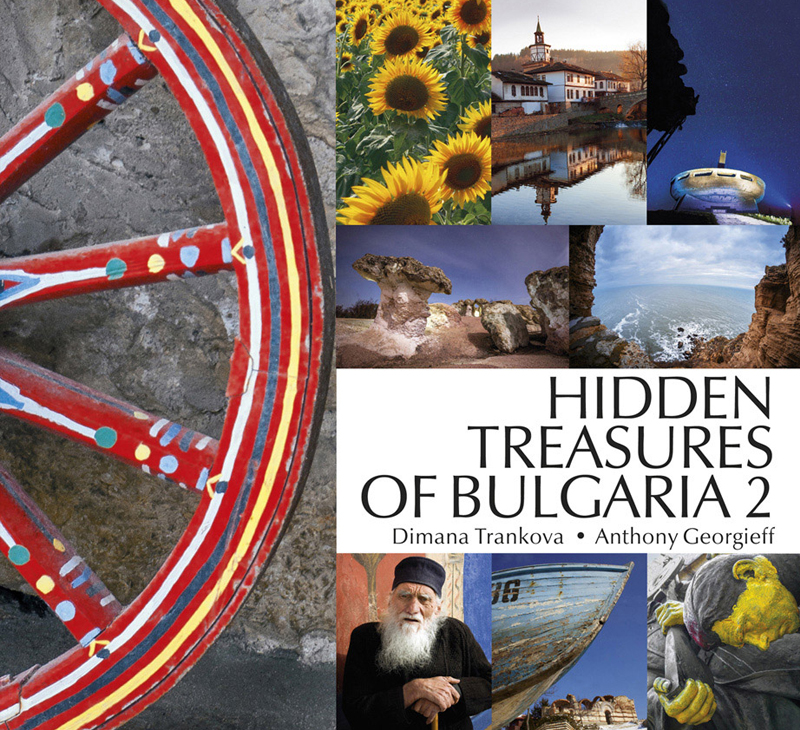 The road ahead? In 2015 we will be publishing two more guidebooks, one about Bulgaria's Thracian heritage and one about its Roman heritage. Coming to a bookshop near you...

Copies of most of these books are available on amazon.com and amazon.co.uk, at Bulgarian bookshops, and directly from ourselves. Just drop us a line at editorial@vagabond.bg.

CHILDREN OF IMMIGRANTS
Writers often find their true material through the subconscious mind. The obsession that has guided me to my truest writing always emerged more intuitively than consciously. 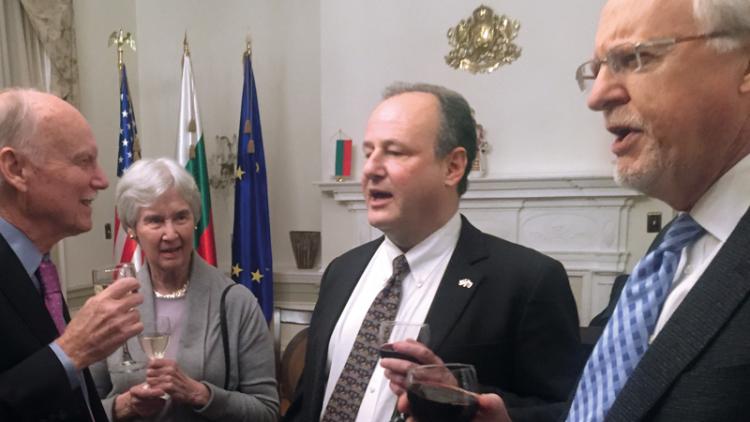 KAPKA KASSABOVA'S BORDER WINS BRITISH ACADEMY'S PRIZE
Border, her memoir-cum-travelogue about Bulgaria's southeastern frontier from Communism to the present, was published in 2017 to international acclaim.
WHEN WE WERE VIKINGS, An excerpt from a travel essay
The sun doesn't set in the summer there so we played cards for hours in the ceaseless twilight; during the daytime, we hiked an old Viking trail. We carried our backpacks through the wilderness and set up camp each night by rivers and waterfalls.
IN THE SHADOW OF THE DISEASE, An excerpt from a memoir
The day I was admitted to the hospital, I just laid there and stared straight ahead—a piece of paper had been stuck to the closet, and the closet was blocking half of the window. Out its other half, I could see some thick black branches.
I'VE BEEN WRONG BEFORE, An excerpt from a memoir
I went out for a run one lightly rainy morning – on Halloween, actually. Movement kept at bay the dreadful sensation that the island hungered to swallow me up, annihilate my spirit.
1989: NOT YOUR COMRADE ANYMORE, An excerpt from an essay shape
I remember kindergarten as a gloomy and depressing place – now that I think about it, as the place where the groundwork was laid for out future participation in society.
NEW YORK: PERSONAL COPY, An excerpt from a travel diary
A Hurricane of a Welcome
WAITING FOR THE GOATS: NEW MEMORY FROM OLD BULGARIA, An excerpt from a memoir
My gaze passes onto the other hill, Kalakoch, the kale and its mysterious banks and ditches.
THIS DRUM BEATS LIKE A HEART, A travelogue
I wake up with the increasingly sticky morning heat and the crushing smell of the traditional feijoada's black beans with pork that Suzanna is already stirring in the tiny kitchen. Suzanna is the live-in maid.
THE TEXTURE OF JOY: A STOWAWAY STORY, An excerpt
In many ways, you could say that Justine never really left Ghana, even with all the ships, even with all his time in Bahia. Calling himself Sankofa was just another thread stitching him back to home. 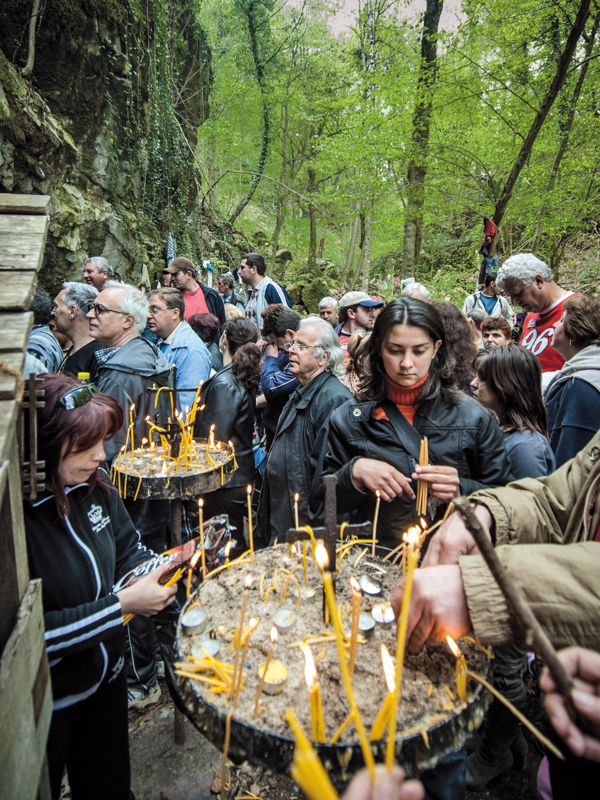 AND GOD CREATED BULGARIAN WOMEN
I'm a great believer in the ancient wisdom: "Just love women.
WHO ARE THE TRUE PRUSSIANS?
Modern Bulgarians prefer speaking English rather than German - or at least they try to, but only 60 years ago it