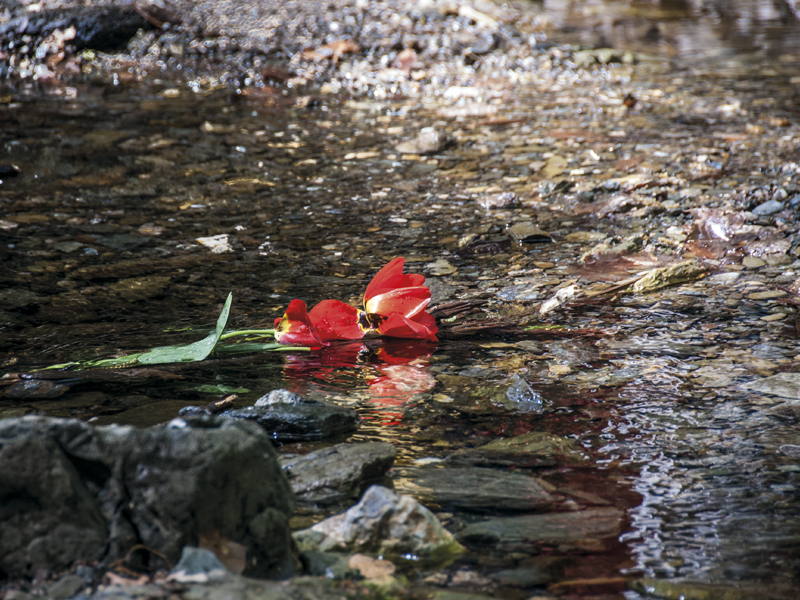 In Bulgaria, Christianity arrived before paganism left and there is no place where the symbiosis between the two is so embedded in modern life as in the Strandzha.

This mountain range in Bulgaria's southeast had been isolated for decades, becoming a reserve for superstitions, traditions and beliefs which have long been extinct in other parts of the country. In the Strandzha, people still practice the centuries-old custom of walking on fire, and pray in churches built with columns and altars taken from ancient shrines. The shrines of the Great Goddess of the Thracians, located in caves with sacred springs, are still venerated as... chapels to St Marina.

Even by the standards of the Strandzha, however, Indipasha is a strange place.

The locality – the name is pronounced Indie-PAS-ha, – is a deep ravine in the dense Strandzha forest, where a spring pours from a shallow cave in a high rock wall. As the legend goes, the healing powers of the water at Indipasha were discovered by chance, when a blind ox drank there, and recovered its sight. There is a makeshift Christian altar there, not devoted to any particular saint and, in spite of a lack of archaeological research, many are convinced that the cave at Indipasha was once devoted to the Great Goddess.

Indipasha is a popular pilgrimage site, but the crowds are at their thickest on a particular day. Confusingly, it is also called Indipasha and, even more confusingly, it is celebrated on the Sunday after the Orthodox Easter. 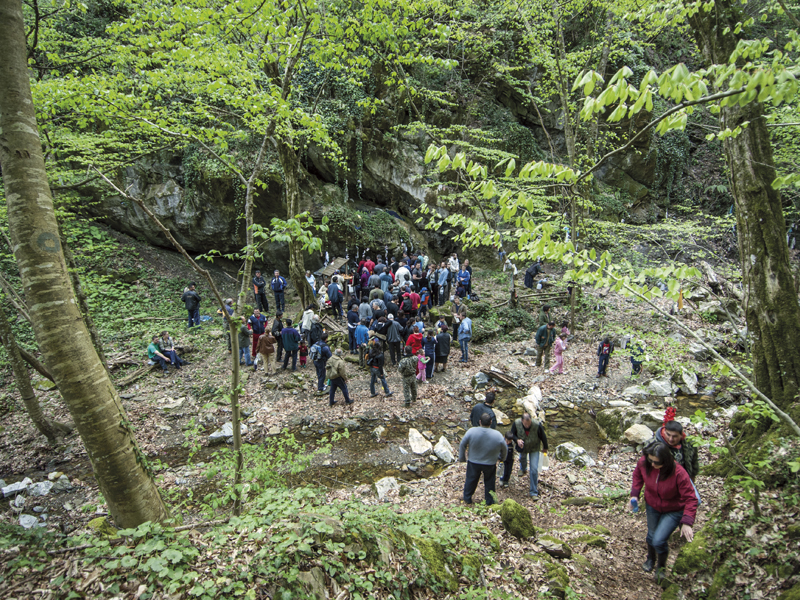 The rite of celebrating Indipasha the feast at Indipasha the place was forgotten during Communism, but revived in the late 1990s-early 2000s

The connection between the two feasts is evident, yet unexplained, and so is the name Indipasha. According to some, Indipasha is a bastardised derivation of the phrase "anti-Pesah, or anti-Easter," indicating that the feast might have originated in times of Christianisation, as a denial of Easter. Another explanation is that Indipasha means "ante, or after, Pesah."

Whatever the truth, both the place Indipasha and the feast Indipasha are a fascinating blend of ancient mysticism, Christianity and modern-day Bulgarian superstition.

Indipasha the place feels airy and otherworldly, even on the brightest of days – the thick foliage of trees prevent most light from reaching the ground, filtering it in green. A surreal silence fills the ravine, muting the voices of the spring, the people, and the birds.

There is no echo here.

The strange silence of Indipasha overcomes even the noise of those visiting on Indipasha Day, when pilgrims queue in front of the spring and fill dozens of plastic bottles with the healing water, to the annoyance of those who must wait behind. Then the visitors light some candles at the altar, and leave unwrapped boxes of sweets and biscuits, a feast for the saints and the spirits of the place. Those pilgrims who suffer from some illness also take a piece of their clothing – a kerchief, a sock, a blouse or even an undergarment – which has been in direct contact with the unwell part of their bodies, and tie it to the creepers which hang from the rock wall. Thus, they believe, their pain and sickness will leave them, and remain tied, at Indipasha, forever. 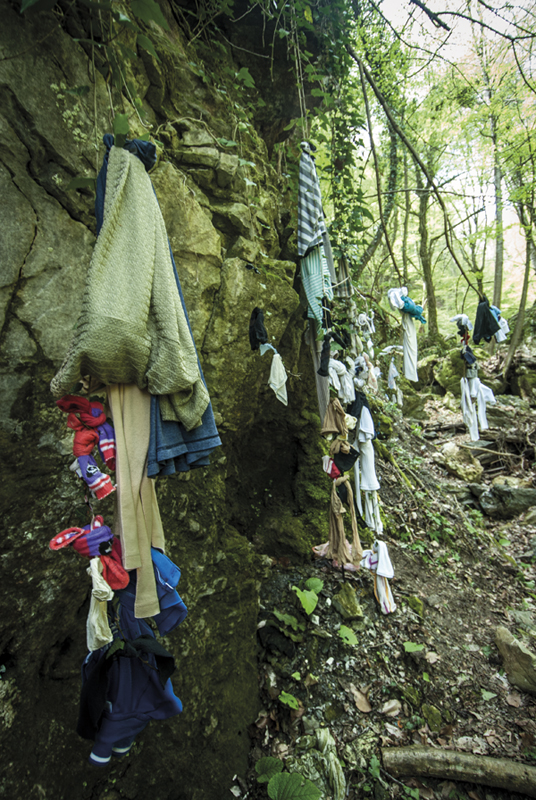 When these rituals have been performed, the pilgrims leave the ravine and feast in the open air, often while a group of musicians perform the slow, mesmerising local folk music on drum and bagpipes. There might even be some horo dancing.

None of the locals, however, would dare to feast in Indipasha itself. They are too scared of the place, and it is not uncommon among seasoned men with long experience in the Forestry Service to swear that they would not spend a night in the ravine. Those who have tried to do so, it is said, have experienced hair-raising phenomena, heard strange noises mixed with the murmur of the spring, and have seen a scary shadow lurking between the trees, and gliding on the rock wall.

Indipasha, the place and the feast, were almost completely forgotten during the Communist regime, but in the past 15 years they have been experiencing a revival.

There are two ways to reach Indipasha. The first one is clearly signposted, and starts from the road from Malko Tarnovo to Tsarevo, after the turn to Slivarovo village. It requires a 4WD. The second route starts from the Kachul locality, and it is about 7 kms to Indipasha, but due to a lack of signs it is better to take it only with a local guide. 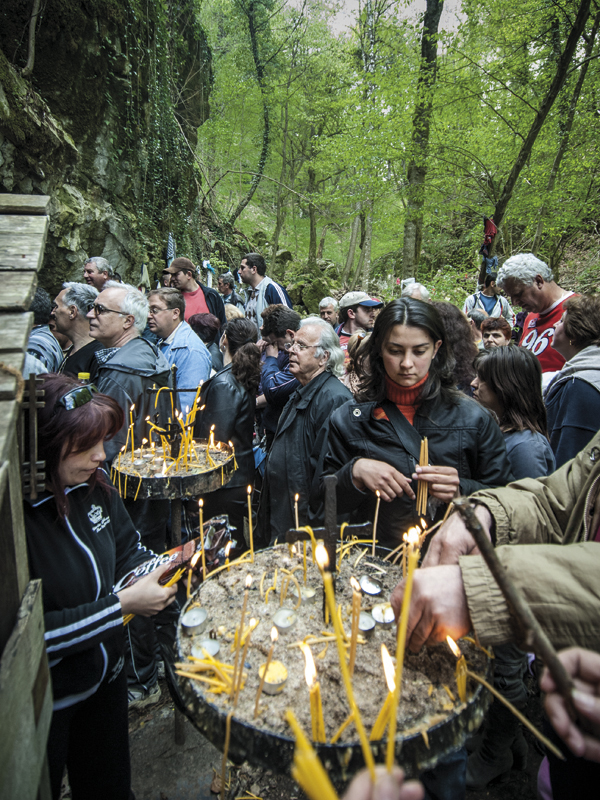