White Stork Beer Co. is one of Bulgaria's pioneering craft beer companies having launched one of the first commercial craft beers – the Original Pale ale in 2013. 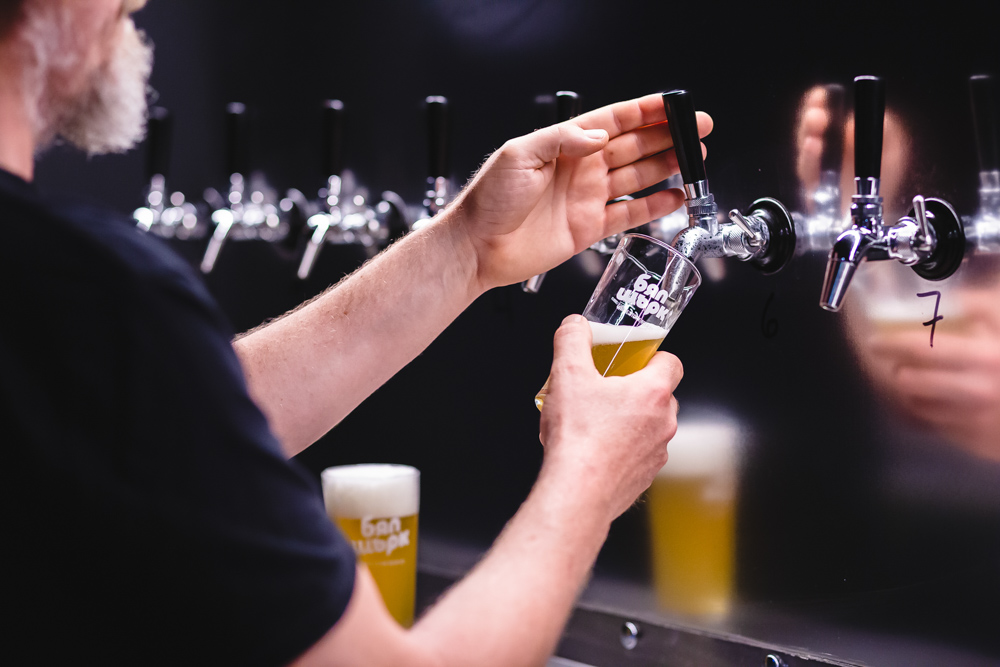 Since then White Stork has come a long way in the still narrow segment of the market for special beers in Bulgaria with different brews and styles to establishing a solid portfolio of high-end products that uncompromisingly follow the philosophy of the brand. After conquering the palates of craft beer lovers with their base series in the country and abroad, it was time for collaboration with breweries in Serbia, Romania, Portugal, Russia, The Netherlands, Hungary and Poland, reinforcing White Stork's position as a trendsetter in the Bulgarian craft beer scene.

We met up with White Stork's craft beer culture evangelist, Karel Röell, at their recently opened tap room, the White Stork Republic to discuss the latest trends in this field.

What defines craft beer for the White Stork label?

Craft beer has many definitions and myths so I usually look at in a different way. There are the macro beer producers that mostly brew lager, the traditional beer producers from historical countries such as Germany, Belgium and the UK where brewing is engrained in society, and craft brewing.

I see the craft beer sector as small to medium sized breweries that make creative beer styles from high quality and natural ingredients. To take it to a higher step, I see craft brewers as the rock bands shaking up the musical world and shocking staid parents stuck in their old ways in the late 1950s or in my personal case, punk rock bands with their DIY philosophy! 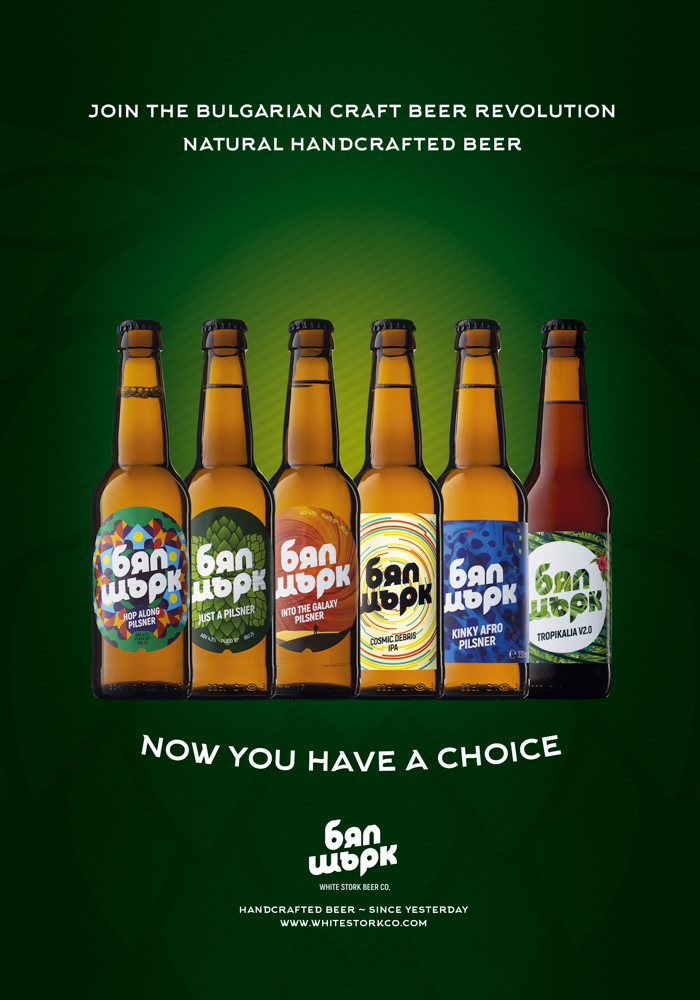 Brewing gives you many creative options with the multiple beer styles from across the world from Pilsners to Weizen, from Pale Ales to India Pale Ales, Porters to Stouts, Lambieks to Berliner Weisse Sours and Barleywine to Eisbock. Throw in the 60 or more different malts, the hundreds (and growing) hop breeds, many different yeast cultures available to us and then add some interesting fruits, and you will have plenty of material to come up with a unique beer. This has actually happened in the last decade with brewers developing new beer styles thanks also to new technology, new hop breeds and equipment – for example New England India Pale Ales a hazier version of IPAs and Brut India Pale Ales dry as a bone IPAs did not exist when we started off our own project.

What are your most popular beers?

Our Original Pale Ale is still a best seller followed closely by our expanding range of pilsners, notably Kinky Afro and Hop Along. We have also had huge success with one of our more creative IPAs, the Tropikalia, which is a hybrid New England/Milkshake IPA infused with hibiscus flowers producing a tropical ice cream in liquid form. Cosmic Debris turns out to be also an awesome West Coast IPA. As far as our collaboration brews are concerned, we have gained many fans with Caravanserai, smoked tea infused Imperial Stout, Supersonic, an IPA with lime and coconut, and Take Me Somewhere Nice, a sour IPA with passion fruit. 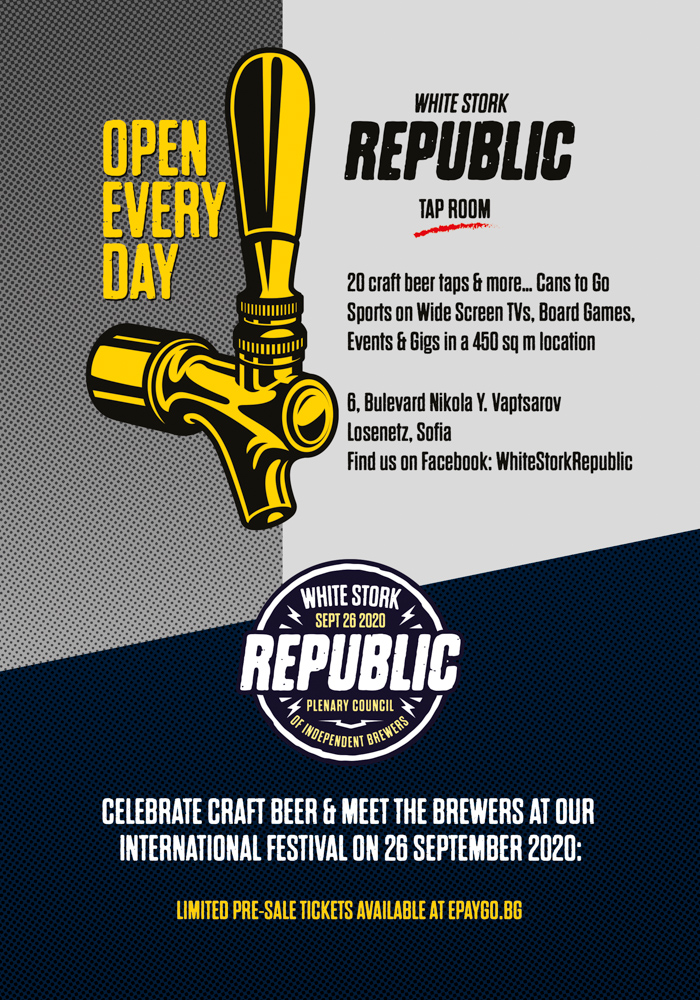 Which are the most exciting new craft beer developments, in your opinion?

This sector is in constant flux of creativity so things move really fast. In the US last year, it was all about Hard Selzer which is alcoholic sparkling water with fruit flavouring, usually fermented from sugar cane or even malted barley. In Europe, 0% alcohol beer has seen huge growth and we are still seeing a lot of exciting hazy New England IPAs and interesting Fruit Sours being released on the market. As far as Bulgaria is concerned, I would expect lower alcohol beers like micro IPA's and highly hopped pilsners to become a trend as people would like to enjoy more hoppy beers for lower prices. I also believe more local Bulgarian craft breweries should open their own tap room as we did last year with White Stork Republic. 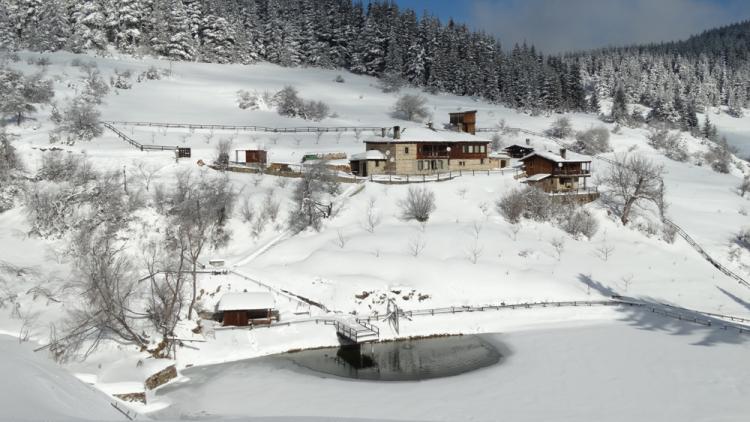 ZABARDO HUNTING PRESERVE: AMONG THE BEAUTY OF THE RHODOPE
It is located 60 kms from Plovdiv, where is the closest airport, and 15 kms from Chepelare. The altitude is between 800 and 1,500 m. 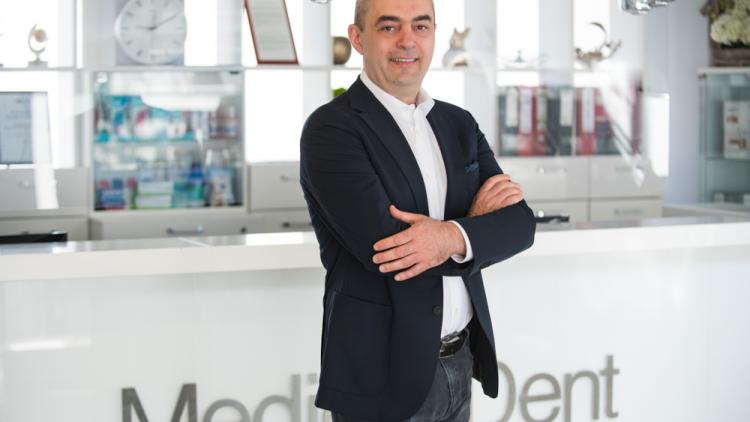 MEDICAL DENT: A PLACE OF EXCELLENCE AND TOP RESULTS
Dr Branimir Kirilov is a leading Bulgarian implantologists and oral surgeon. He has trained under established international professionals and has himself lectured at international dental implantology congresses in the US and Europe.

KOVACH HUNTING GROUND: HUNTING AMID THE MAGIC OF THE STRANDZHA
Eurasian woodcock is not dubbed "the queen of forest" by coincidence. This mid-size migrating bird inhabits the forests' humid areas and takes off suddenly and without any prior sign of its presence. 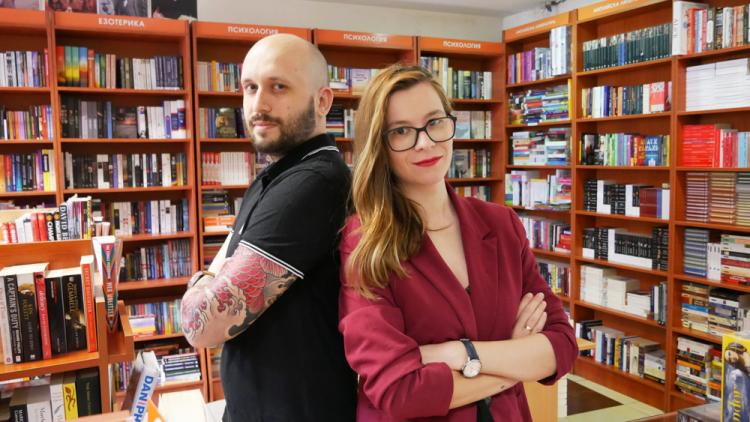 COPYVIBES COPYWRITING AGENCY: A SMALL BUSINESS THAT HELPS THE BIG ONE
How did it start? 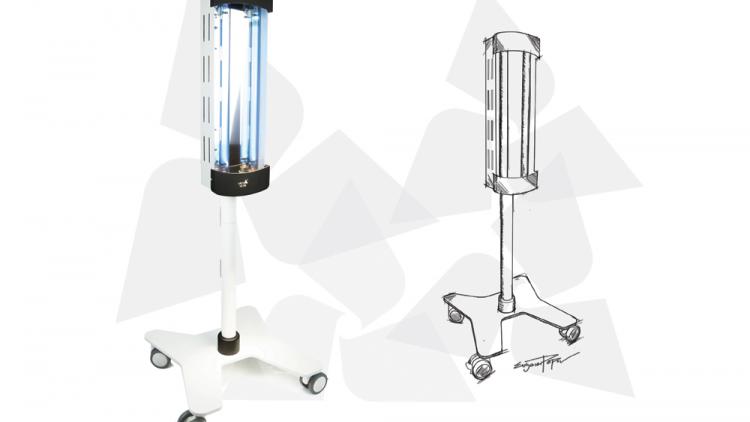 LO20 : UV-C RADIATION AS AN ALTERNATIVE TO FIGHT AGAINST SARS-COV-2
UV-A radiation has a relatively long wavelength and 95% of it reaches the Еarth surface. It is the radiation that causes sun tanning. Prolonged exposure to UV-A rays can cause long-term damage such as skin cancer.

VARIX CLINIC: LASER CENTER FOR VEIN TREATMENT
Do you feel your legs heavy, discomfortable and swollen? Do you have muscle cramps? Or skin pigmentation around the ankles? Have you noticed bulging veins or widened capillaries on your legs? 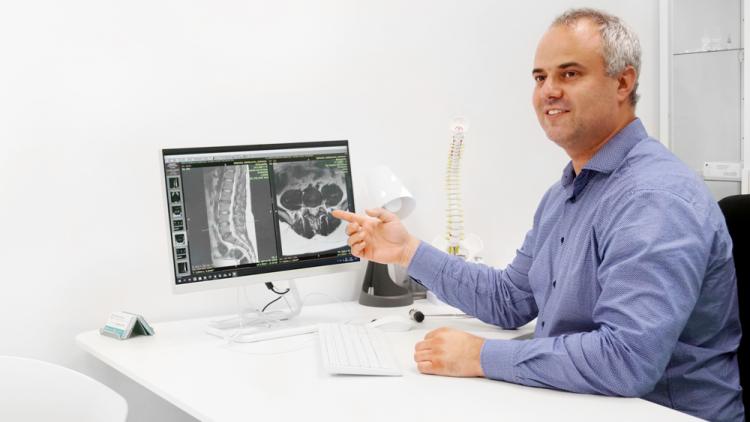 VERTEBRA MEDICAL CENTRE: COME WITH PAIN, LEAVE WITH RELIEF
Back pain is increasingly a part of life for thousands of people. The reasons for it are many, from sedentary living to bad exercise and genetics to trauma and, rarely, oncological diseases. 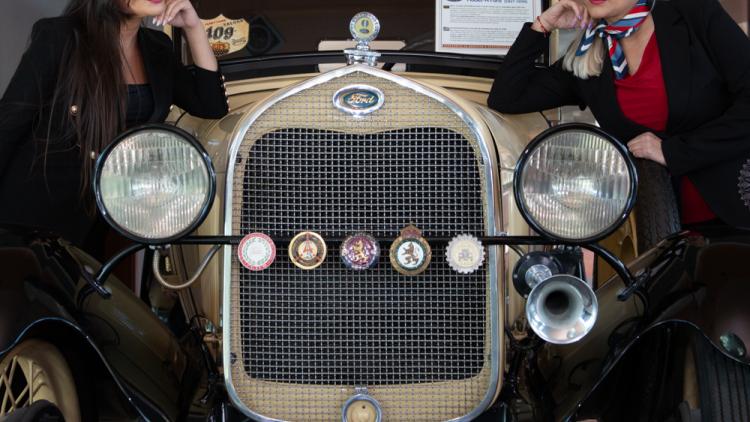 PRIMA CAR DEALERSHIP: FAST AND LUXURIOUS
Driving a luxury car is like nothing else in the world. It is about something more than comfort, speed, technical details. 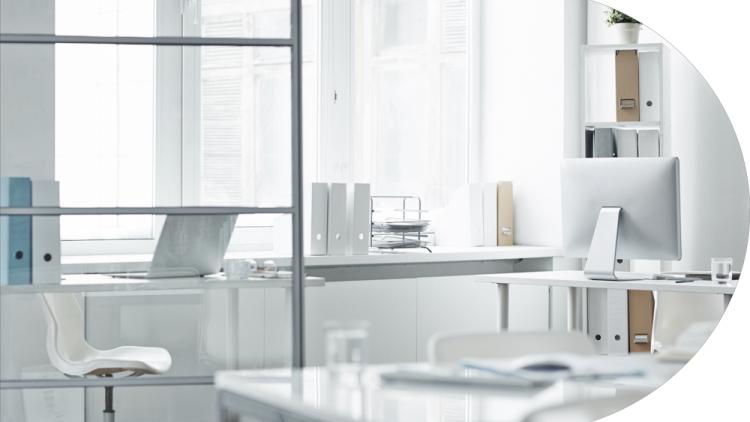 IKIS LIGHT: DISINFECT WITH THIS
The Covid-19 pandemic challenged companies, institutions and households to maintain sterile environments and clean air and surfaces. 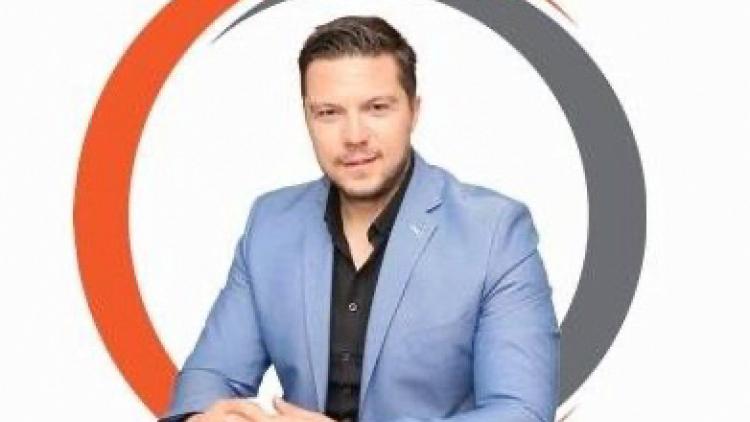 THE MOST POPULAR AND HIGHEST RANKING ORTHOPEDIST IN BULGARIA IS A GREEK
Dr Vasilis Furlakis is considered the best child orthopedist and one of the best orthopedists in this country. Parents like him and prefer him because of his innovative and detailed examination method and the online communication afterwards.

EUROSPED: OUR CLIENTS AND PARTNERS CAN TRUST US
June 2020 marked the 30th anniversary of Eurosped, a leading Bulgarian freight and logistics company that delivers by land, air and water to each corner of the world.
BODIMED LABORATORIES: RELIABILITY AND PROFESSIONALISM IN UNCERTAIN TIMES
In this turbulent situation Bodimed Laboratories has proven professional, reliable and ready to help.

URBEX BG, PART 2
Issue 147-148
THE MOST POPULAR AND HIGHEST RANKING ORTHOPEDIST IN BULGARIA IS A GREEK
CHIBI: THE REBIRTH OF THE PHOENIX
CAUSE WITHOUT REBELS
Issue 166
THE DISH THAT (DIS)UNITES CIVILIZATIONS
Issue 2
PROFESSION: TRAVELLER
Issue 7
WANTING TO DO THE HAJJ, BUT ENDING UP WITH A HADZH INSTEAD
Issue 7
HISTORY OF BULGARIA: FROM THRACIANS TO NDK
Issue 7
BULGARIA FOR BEGINNERS
Issue 7
TOP 10 EYESORES
Issue 26
BOOM OR BUST
Issue 7
LAST DAYS OF BOLATA
Issue 141 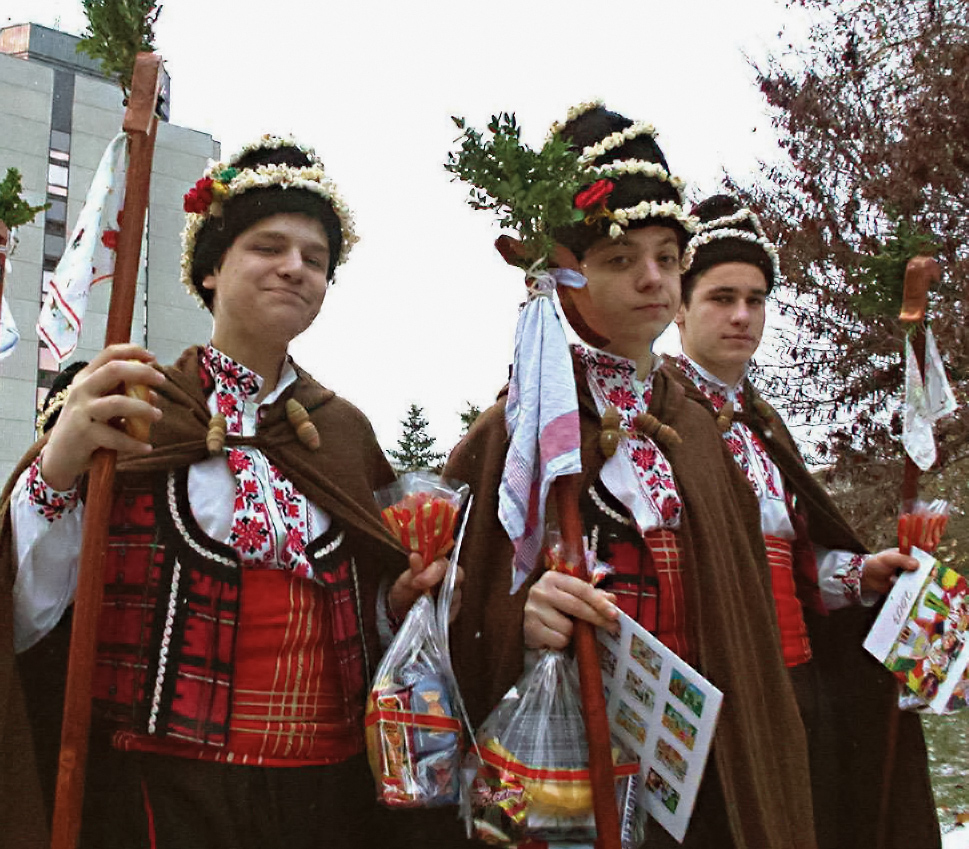 BULGARIAN CHRISTMAS
You're an expat in Bulgaria this Christmas and you want to celebrate the winter holidays with the locals.

HOW TO EAT BULGARIAN FOOD POLITELY
Anyone spending more than a couple of days in Bulgaria will have dined out at least once.
A BRIEF HISTORY OF BULGARIAN CHALGA MUSIC
For 45 years the Communist state kept the lid very tight on every aspect of social life, including music.