With political correctness having failed, the only hope is that Bulgarians' unabashed racism rarely translates into action 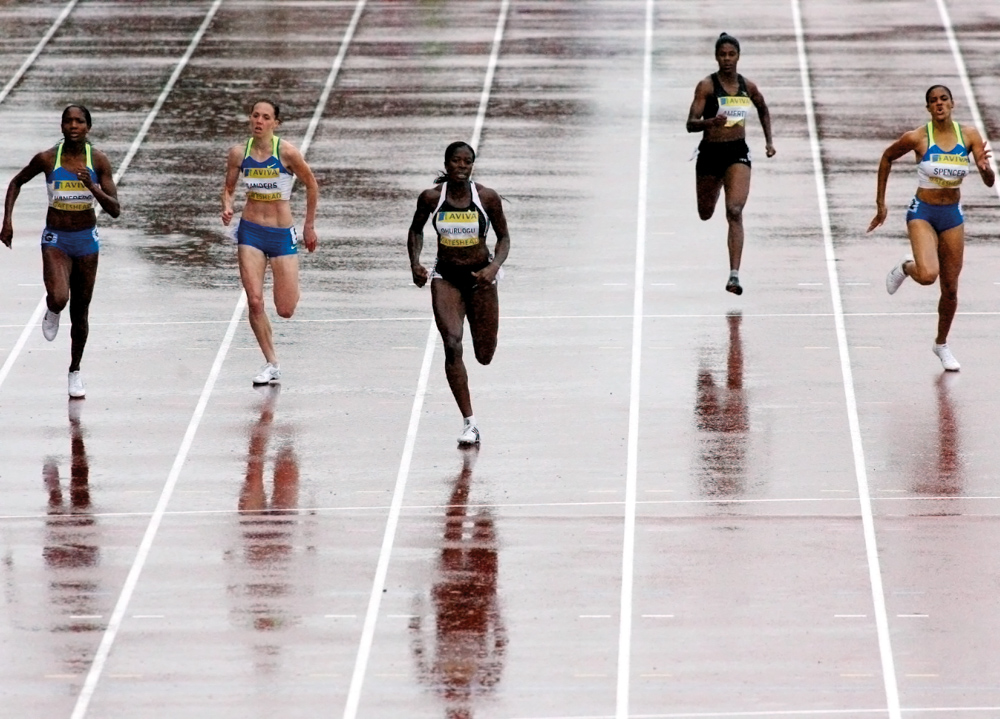 "So many black people, unfortunately!" The source of this comment on the Olympic Games is educated, cultured and Bulgarian. Should it make the average UK listener feel smug? I'm not sure. As far as racist attitudes go, Bulgarians have a tendency to shamelessly reveal attitudes that many UK citizens have learnt to conceal.

One of the overwhelming number of examples comes from a close friend. The man, a successful Bulgarian entrepreneur, sent his daughter to study in an UK university. After a year the girl came back to visit with a black British boyfriend. "Will she marry?" I asked. "If she marries, I have a plan," my friend answered. "I will take him out hunting. And then... at a certain point... there will be a hunting incident..."

I was as horrified as a Bulgarian being talked to by a black civil servant at the Home Office might be, but then – the pun is unintended – things are not as black-and-white. My friend, a man whom I've known for years, is a highly educated, intelligent and kind person. But many like him share his views on the "negri," the Bulgarian plural for black people. In Bulgaria, being an appalling racist does not necessarily mean you are a bastard. Racism is not ingrained in the Bulgarian mentality any deeper than it is in the English mentality. The difference is that a) Bulgarians have had little or no contact with non-indigenous "aliens" and are therefore unused to them, and b) the post-Communist governments and media have done little if anything to genuinely enforce any kind of political correctness. We are in a country where even the German-owned newspapers call the Turks in Germany gastarbeiter.

The Bulgarian word for men and women of Afro-Caribbean origin is "negar" or "negarka." All those who might hail from the Asian subcontinent are known as "indiytsi" and especially during the World Cup Latinos are written off as "tsigani," or Gypsy. And the Bulgarian expression for living decently is "to live like a white man."

Back to the Olympic Games. I am sitting with Bulgarian friends watching the athletics. The women's 400-metre final is announced. I get excited – there's a British athlete competing. Christine Ohuruogu appears on the screen. My Bulgarian friends cannot hide their astonishment as they take in the appearance of our 400-metre star. "An English woman?!" They snort. "But she's a negarka!"

The issue of how a nation is represented reminds me of the national outcry that was raised in Bulgaria when it looked as if their Eurovision entrant might be a Gypsy. Interestingly, in the years when Bulgaria won sacks of medals in the Olympic Games, many were gained by pumpedup weightlifters and wrestlers of Turkish ethnicity. Only when the Communist government decided that the Turks should be renamed, most of the one-time Bulgarian competitors departed to boost Turkey's haul of gold medals. As Bulgarians bemoan their lack of medals this year, it might be pertinent to suggest training up a Gypsy relay team to beat the Jamaicans and restore Bulgarian pride.

Since the fall of Communism, prominent Bulgarians have had to undertake a bewildering crash course in the global rules of political correctness. Failures to understand the new rules lead to embarrassing moments as when Bulgarian MEP, Dimitar Stoyanov, commenting on the award of MEP of the Year to a Hungarian woman of Roma origin, sent out an email stating that Bulgaria had far prettier Gypsies and he knew where anyone could buy a 12-year-old for 5,000 euros.

Meanwhile, partly the result of emigration, Bulgaria's employment crisis means that more and more of the hitherto most reviled ethnic minority are gaining mainstream jobs. A Bulgarian acquaintance spoke of his consternation at being served by a Gypsy at the post office. Despite his fears, the "dark faced" woman turned out to be charming and efficient. Bulgarian racism is pragmatic and it is not uncommon now to hear stories of "good" hardworking Gypsies, meaning Roma that would take up jobs most Bulgarians wouldn't touch.

In the UK, with recession hitting hard, the talk is of undereducated British people losing out to talented immigrants. Through years of economic success, governments have allowed a largely white underclass to fester on unemployment benefit. Political correctness is now being stretched to the limit and hitherto unthinkable questions are being raised. Is diversity to be celebrated or should all people strive to adopt the same culture and values? Specifically, should society continue to support women covering their faces? These debates, however carefully polite, cannot paper over growing interracial tensions and violent incidents – the latest was an attack by a group of white boys in Hastings which led to the death of an Arab student.

In contrast to the UK and its Race Relations Act, attempts to control racist expression in the Bulgarian media have largely failed. SKAT TV continues to fuel absurd anti-Jewish conspiracy theories and fan hatred for Turks and Gypsies. So Bulgarians continue to naively share their most extreme views, without a thought about how these might be received by their more "hypocritical" Western neighbours. The truth is that racism is an inescapable human condition. Hope in Bulgaria lies in the fact that these attitudes rarely translate into actions.