Armenia's Gyumri is yet to cope with tremor 27 years ago 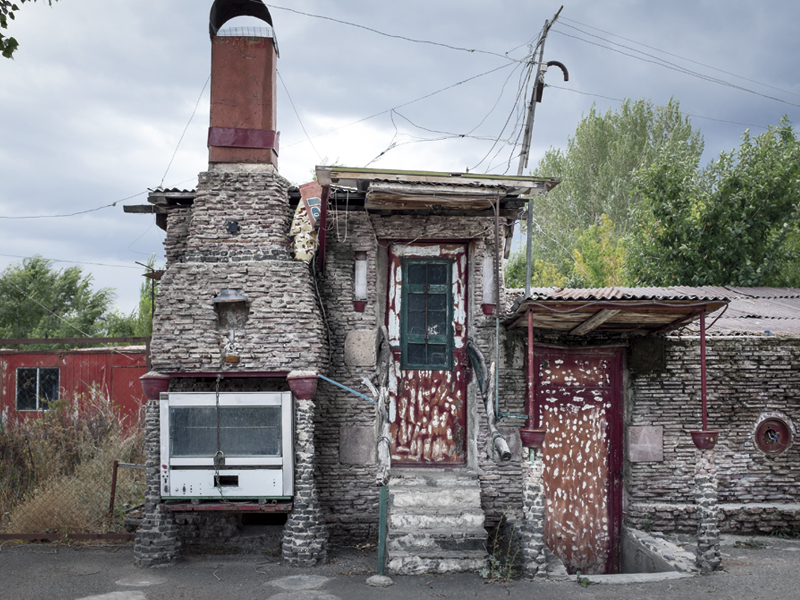 On 7 December 1988, the world was hit by the news of a devastating earthquake that killed at least 31,000 and injured about 130,000 people in the little-known Soviet Socialist Republic of Armenia. Buildings lay in ruins and thousands were left homeless in a cold winter's dawn. Shockingly, Mikhail Gorbachev, the leader of the mighty USSR, admitted his country was unable to deal with the destruction, the search for survivors, and the rebuilding. He called for international help, and it was given, but soon a question arose: how could an earthquake of 6.8 magnitude cause such disproportionate destruction?

Twenty-seven years after the Armenian Earthquake and the collapse of the Soviet Union, Gyumri, the city that suffered the most on 7 December 1988, continues to bear the marks of the tragedy.
The second biggest city in Armenia, Gyumri is actually one of the most charming places in this country. Unlike so many other cities in the Caucasus, it is not a blend of mediaeval and Soviet architecture. Instead, Gyumri has the distinct atmosphere of a 19th Century provincial town, with wide streets, spacious squares and lines of small, exquisite villas and mansions. The churches, with their mediaeval Armenian architecture, are also from the 19th Century. There is the ubiquitous Soviet imprint as well, mainly in the administrative buildings and the high-rise prefabricated blocks of the new neighbourhoods.

Gyumri came into being because of the Russian Empire. The place where the city is was inhabited in the 1st Millennium BC by the Hittites, but by mediaeval times it had slowly shrunk into an insignificant backwater. Things changed when Russia took over this part of the Caucasus, in 1803. Gyumri was now on the border of an aggressive empire with its regional foes, Iran and the Ottoman Empire, and became a military outpost. The menacing fortress of Sev Berd, built on an adjacent hilltop for the 1828-1829 Russo-Turkish War, is a reminder of these times, and is now one of the major tourist sites in the city. 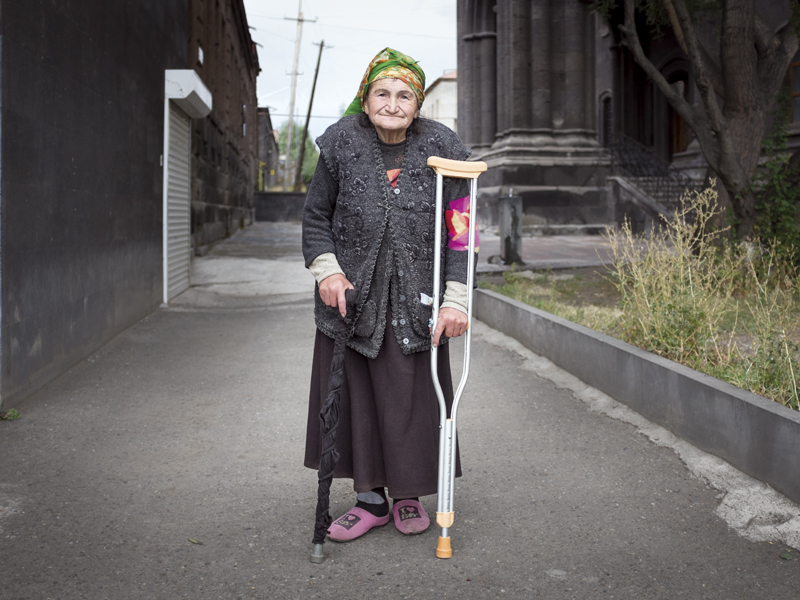 The Russian army was followed by a stream of merchants and manufacturers, and in a matter of a few decades Gyumri became one of the powerhouses of the region. Its beautiful churches and mansions reflect the wealth generated.

In 1837, Tsar Nicholas I emphasised the special place Gyumri held, when he renamed it Alexandropol, after his wife. The next time the city got a new name was soon after the Russian Empire merged into the Soviet one: in 1924, Alexandropol became Leninakan, after the recently deceased Vladimir Lenin. It remained Leninakan until 1993, when it reverted to Gyumri.

Changes of names and empires aside, little has been altered in the historical Kumayri district since the 19th Century. Slowly strolling elderly people and playing children inhabit the quiet streets. Tiny bakeries exhale the warm aroma of fresh loaves. Barbers carry on their business in salons as in olden times. Many of the mansions are in a picturesque state of dilapidation, and at sunset the dusty streets and the crumbing walls glow red and orange. Sunflower seed eating is the favourite pastime of those who flock to Vartanants Square, Gyumri's most popular gathering place, defined by two 19th Century churches, and a hotel and city hall from the 1920s-1930s.

Seen from here, Gyumri is pleasant, and the restaurants around reinforce this impression. This idyll, however, crumbles to dust under closer scrutiny. The churches bear the traces of the 1988 earthquake, and are still being repaired. Deeper, far more painful remains of the disaster are to be found on the outskirts of Gyumri, in the residential areas. 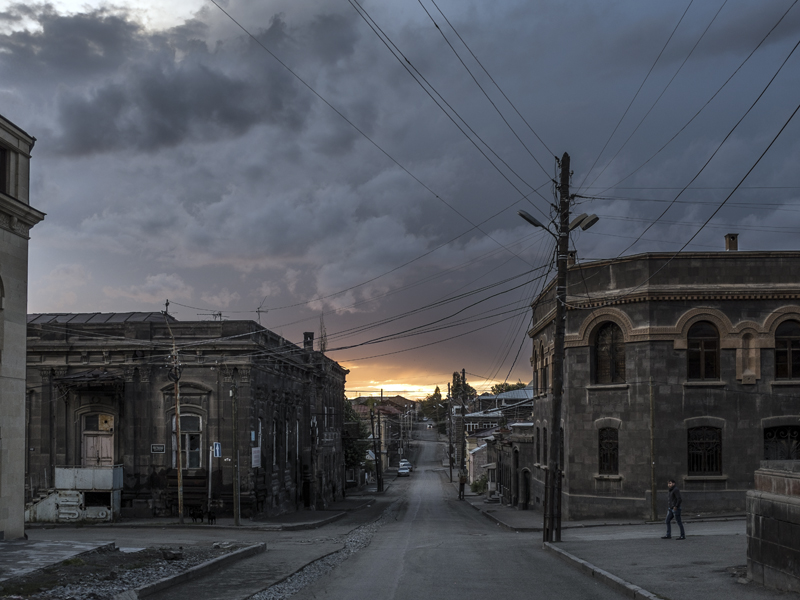 Like everywhere in the former East bloc, most of the citizens live in prefabricated blocks. In Gyumri, however, most of these blocks were only built after 1988. The reason? Their predecessors suffered the heaviest damage and what did not collapse straight away became uninhabitable. A later investigation found that the older prefabs in Gyumri had a fatal flow that made them more vulnerable to the earthquake. As they were constructed in the 1970s, when the Soviet economy was already struggling, the workers and managers stole concrete from construction sites and sold it on the black market, resulting in dangerously under-strength structures.

The result was the mind-numbing number of casualties.

Once the dust from the tremor had settled, the survivors found themselves in dire straits: their homes were either in ruins or dangerous to inhabit. The Soviet government settled the homeless in temporary shelters, the so-called domiki, or small houses. A promise was made that it would not be for long, and new housing would soon be provided for those affected.

The disintegration of the USSR, however, had already started, and the homeless of Leninakan were all but forgotten. Rebuilding took years in now independent Armenia. Today, about 3,500 citizens of Gyumri are still living in domiki. Huddled between the blocks, some with their own carefully maintained gardens or even decorated with recycled trash (tin, tyres, wood), the shanties continue to be the only homes of those whose only lucky break was to survive 7 December 1988. 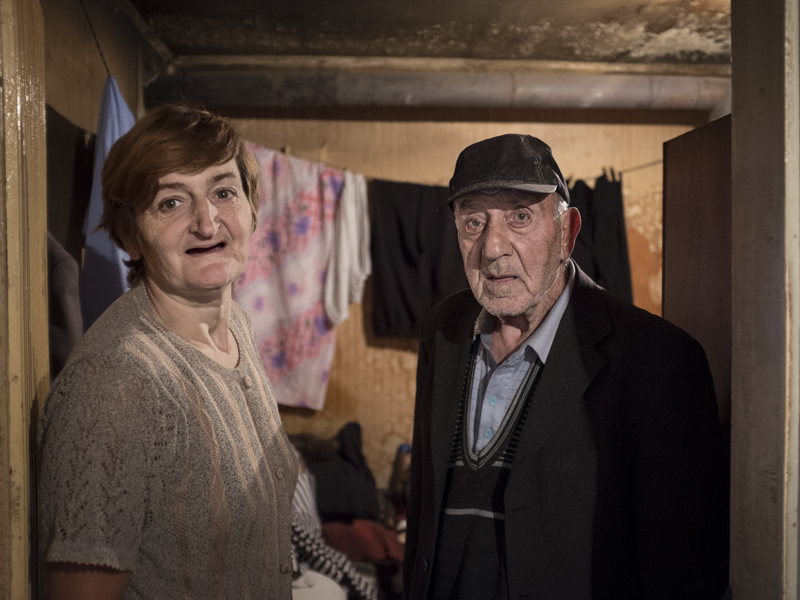 The domiki do not have a mains water supply. Their walls are thin, and their window frames do not provide much shelter in winter. Their inhabitants, now mostly ageing, are eager to show an interested foreign journalist how they live.

It is a tough life we see, from the barren two-roomed shack where a woman in her 60s lives. The only furniture in one of the rooms is a cheap carpet, hung on the wall. Her neighbours are a couple of octogenarians and their daughter. They all share a bedroom, which is also their living room. A picture of the couple in happier times hangs over their bed. The man was an Armenian from the Greek diaspora, who moved to Gyumri after the Second World War, when Soviet Armenian emissaries were travelling the world, advertising the country as a true heaven. He believed them. Now, he does not say he regrets that decision – and we do not ask. The domik where he lives and where he will probably die is a sufficient answer. 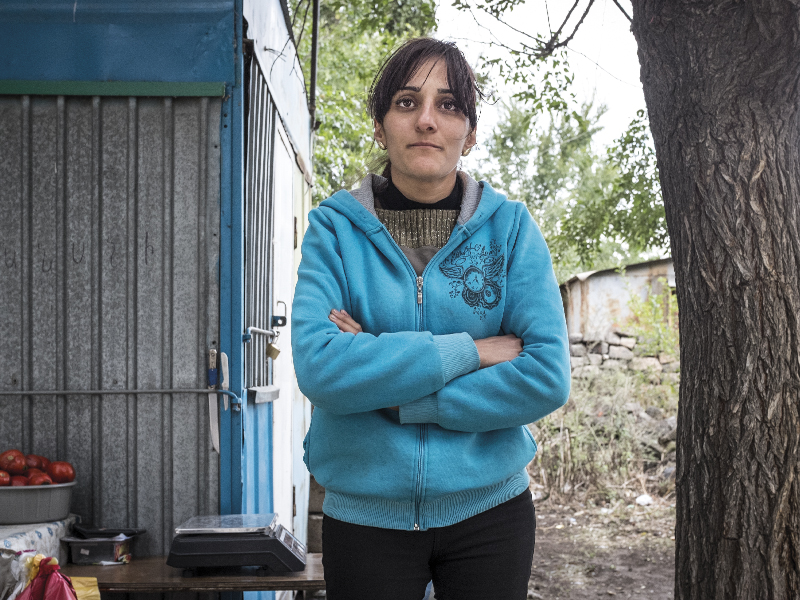 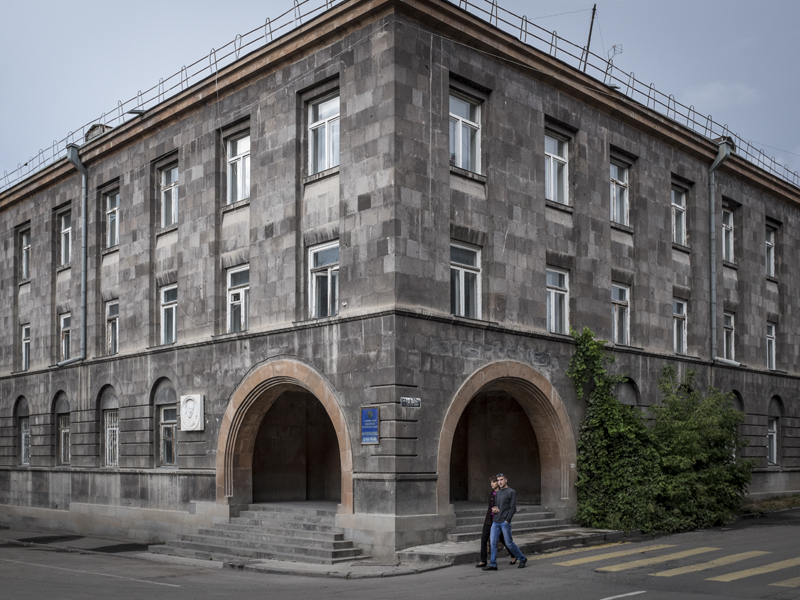 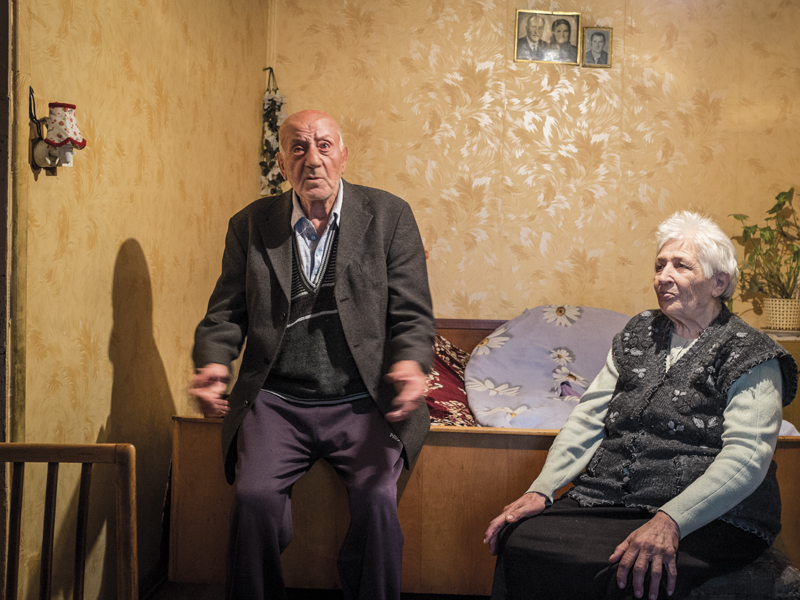