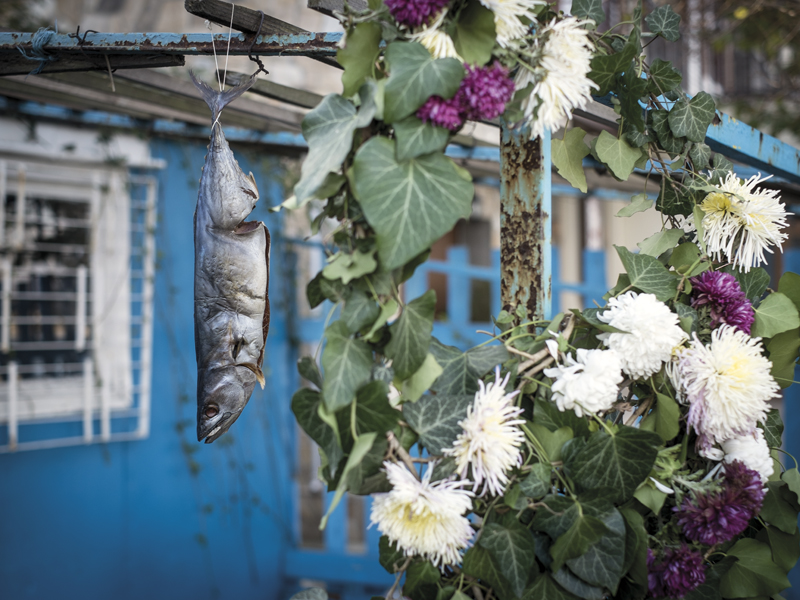 Eating fish in Bulgaria can be a complicated business. Along the Black Sea, the smell of deep fried sprats is everywhere, and the menus of seaside restaurants offer mussels and jack mackerel, bluefish and turbot. All over the country, expensive establishments attempt to lure you in with frozen salmon and bass, octopus, shrimps and squid – all imported from somewhere, mainly Greece. Sushi is trendy, and most Bulgarians eat carp for St Nikola's feast on 6 December.

None of the above mentioned varieties of fish and seafood, however, evokes such awe, anticipation and generates as many headlines as the palamud, or Black Sea bonito.

A migratory fish, the bonito live in huge shoals that spend the winter in the Aegean and Marmara seas. In spring, the bonito pass through the Bosporus and enter the Black Sea. There they swim, spawn, eat smaller fish, and grow fatter from September until the end of November. Then, together with the new generation of bonito, they return to the Marmara and the Aegean seas. During this leg of the migration, thepalamud pass by the Bulgarian coast, where fishermen vie to catch as many as they can from the shoals of bonito.

The reason for this infatuation with bonito lies both in its size and its taste. When they reach Bulgarian waters, the bonito have already reached their optimum weight, at about two kilograms. The bones are nothing to worry about, and the flesh is smelly, juicy and pleasantly fatty. Palamud tastes best when prepared in the simplest possible way – grilled and served with lots of fresh lemon and onions. Other mouthwatering methods of preparation include cured bonito, when the fish is cut into round pieces and marinated in oil, salt, black pepper and bay leaves. You can down a lot of rakiya with this.

However, not every bonito is worthy of attention. The young fish between 400 grams and two kilograms are too small, bony and lean. Local fishermen, lacking political correctness, call them tsiganka, or Gypsy woman. A palamud over two kilograms, or toruk, is equally unwanted, as it is perceived as being too old and fatty to be really worth bothering about.

Before the 1970s, when industrial-scale fishing obliterated most of the fish in the Black Sea, palamud was not that popular. People were spoilt for choice. Turbot was in abundance, and so was lefer, or bluefish. The Atlantic mackerel, now an endangered species, was a common feature in the sea and on the dinner table. Many people would eat only the fillet of the Black Sea shark, throwing the rest away. Dolphins were killed extensively, because they stole the catch of fishermen. In such an atmosphere, the palamud's annual migration was not big news. 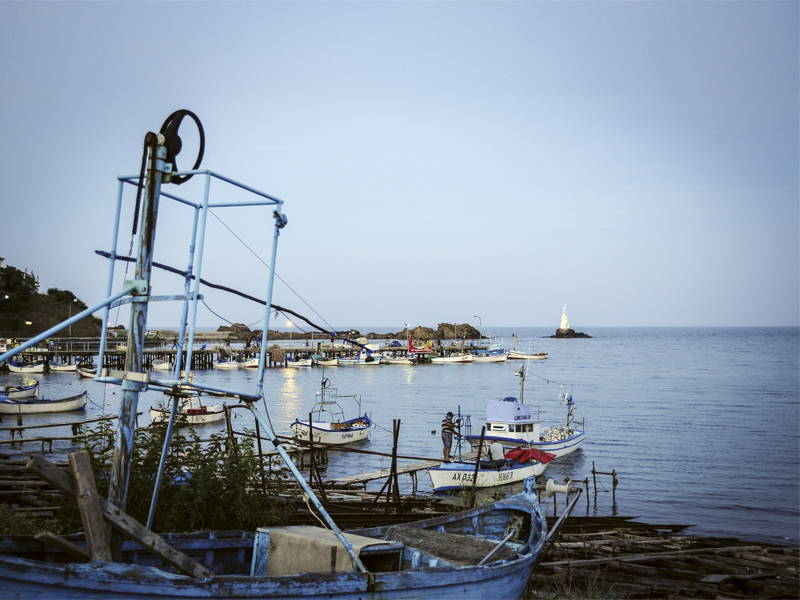 In the 1980s, the pollution of the Black Sea as well as overfishing killed all that variety, a trend which continues to this day. According to a report from 2014, the overwhelming majority of the catch in Bulgarian waters is of small fish, like sprat, and the Asian rapa whelk. The latter arrived in the Black Sea about 60 years ago clinging to the hulls of ships from Asia and soon obliterated a large portion of the local fauna. Since the end of the 1990s, the whelk has been harvested and exported to Japan, South Korea and China, where it is considered a delicacy.

The rest of the annual catch of fish in the Black Sea is made up of jack mackerel, goatfish and goby. Bluefish is a rarity, and turbot is protected by law, its catch regulated by EU quotas.

In this environment, the annual migration ofpalamud has turned into a major event. The fish prefer the waters of Ahtopol, on the Bulgarian South Black Sea. Each November, the tiny town known as Bulgaria's Bonito Capital, fills with restaurant owners from all over the country, who come to fill their freezers with palamud for the following year.

There is a catch, however. Too often, the bonito simply do not show up.

The palamud is a capricious fish, the Ahtopol fishermen say. If the water is polluted or too warm, or the shoals of smaller fish it eats are not abundant enough, the bonito will just pass by, heading straight for the Bosporus. There is also the bluefish factor. Larger than the palamud, their shoals mirror the path of the bonito. If the bluefish arrive around Ahtopol earlier than usual, the fishermen say, they scares the bonito away.

For many years, bonito have been non-existent. In 2013, for example, an Ahtopol fisherman said: "I cannot sell you any palamud as I caught only two this year and they are not for sale. I want to eat them with my family."

However, the hope that the palamud have not forgotten the waters of Bulgaria still remains. Two years ago, in 2012, Ahtopol fishermen experienced an unprecedented catch of bonito. "Sea Boils With Palamud," ran the headlines of the local and national media and, while the young scratched their heads and wondered at their luck, older fishermen were trying to remember the last time they had to deal with so many bonito. Apparently, it was sometime in the 1960s.

Will the bonito come back again in 2014, as they did in 2012? Or will the bonito-less 2013 be repeated? The only way to find out is to go to Ahtopol in October and November. Otherwise you will have to suffice with the frozen toruks imported from Turkey.