Two years ago, in the autumn of 2006, the Satirical Theatre in Sofia staged a play, My Home Is My Castle (WC/BG), by Vladimir Karamfilov. 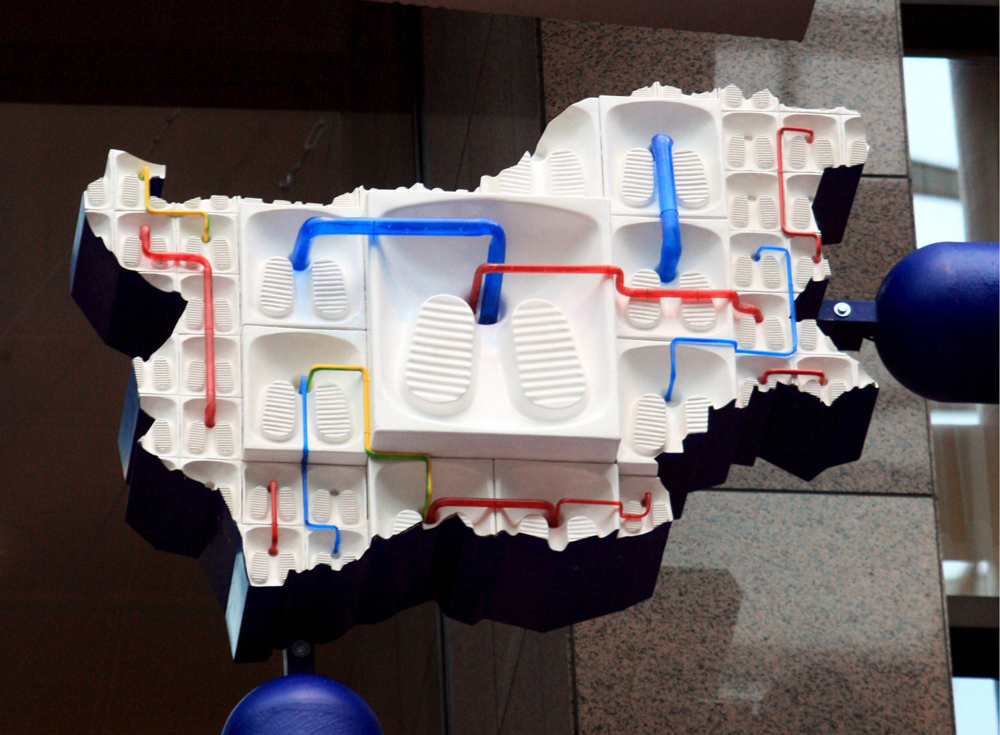 It didn't do good business, probably because the "sweet and sour story of an unemployed teacher" did not seem original enough.

This year Czech avantgarde artist David Cerny had a much bigger hit with his Entropa sculpture installation, shown at the Justus Lipsius building, headquarters of the Council of the European Union, in Brussels. In it, Cerny portrays Bulgaria as a land of squat loos, entitled Turkish Toilet. Even before the exhibition opened, Betina Zhoteva, a former TV personality and now spokeswoman of Bulgaria's Permanent Representation in the EU, complained about the piece, which she saw as an insulting image of her country. Two days later, Bulgarian EMPs launched an official protest against both the Czech presidency of the EU and the president of the European Parliament, saying that Cerny's work portrayed EU member states, especially Bulgaria, "in an offensive and derogatory way."

EU citizens can be thankful that Ataka, Bulgaria's version of the Austrian Freedom Party, did not tear down the squat toilet with their bare hands, as they had threatened to do. On 20 January 2009, however, the Turkish Toilet was wrapped up in black cloth.

Cerny's installation took an ironic jab at the issue of European integration and the stereotypes associated with each country. The Netherlands is portrayed as a land of minarets submerged in water, Greece as a burned forest, Poland as a group of Catholic priests waving a "Gay Pride" banner, and Germany as a series of interlocking autobahns resembling, yes, a swastika. And so on, and so forth. Apart from the Bulgarians, only the Slovaks protested. Cerny had depicted Slovakia as a piece of Hungarian salami. Slovak Foreign Minister Jan Kubis reportedly had a telephone chat with Czech European Affairs Minister Alexander Vondra. The result: the salami is still proudly displayed in Brussels.

In Bulgaria, politicians and indignant citizens reacted angrily at what they saw as an image that denigrated their fatherland. Members of the Youth Wing of the ruling Bulgarian Socialist Party, or BSP, marched to the Czech Embassy in Sofia and presented the Czech Ambassador, Martin Klepetko, with a brand new toilet bowl, to indicate that Bulgarians now used European rather than Asian loos.

The play WC/BG had a happy ending. But this year a black cloth draped over Bulgaria was not the best image to present a country that still struggles to meet even the most basic criteria of its newly acquired EU membership. All this only serves to show that the current leaders, and those who aspire to rule the country later in 2009, should look up the meaning of "irony" and "freedom of speech." They already know the definition of "censorship."