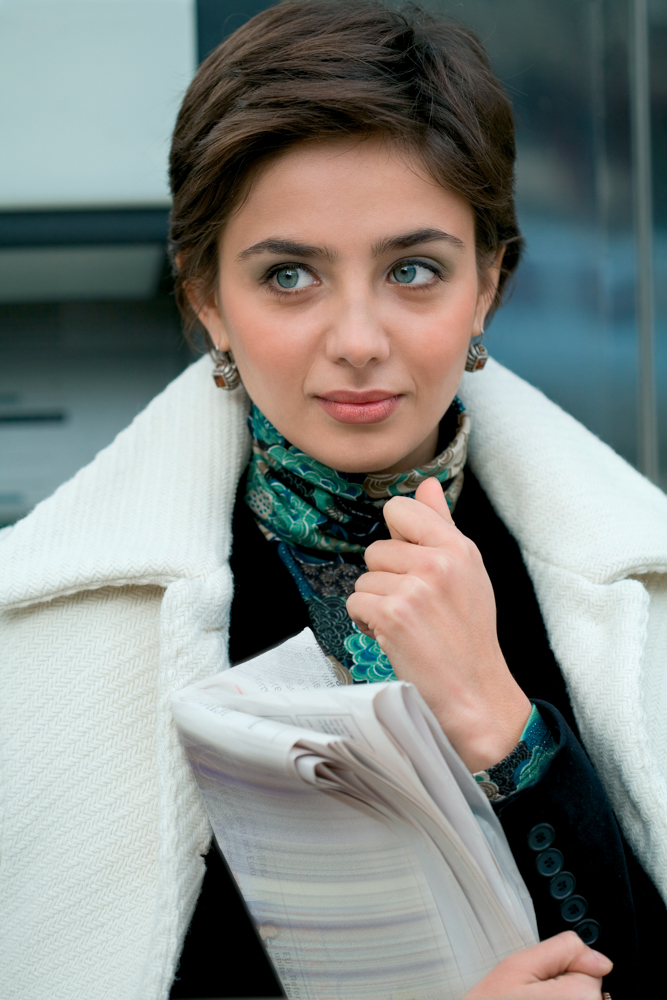 Elen Koleva is young, but she's already won the National Film Centre's best female role award for her performance in Shivachki, or Seamstresses (see Vagabond No. 14). Despite her age, she has no illusions: Bulgaria won't see the likes of Hillary Clinton anytime soon, thanks to the simple fact that Bulgarian women are not treated as equal to men.

“In high school I dated a guy of Bulgarian-Roma descent,” Elen says. “People discriminated against him because of his ethnicity, so he took it out on me by saying things like ‘all women want men with a lot of money and fancy cars' without any justification.” When Elen got to the National Academy for Theatre and Film Arts, things weren't much different: “I had a relationship with a director. After we broke up, he tried to ruin my career.”

Not one to suffer in silence, Elen Koleva is the spokeswoman for the new initiative “Equal Opportunities for Women. Now!” by the Bulgarian Helsinki Committee, or BHK. Bulgaria's new Law for Protection from Discrimination surpasses the recommended EU standards, yet Bulgarian women are still not much better off than their grandmothers. Deeply ingrained attitudes require them to be ideal homemakers, while at the same time working to support their families.

Sounds unfair? That's only the beginning: Bulgarian women are only paid 82.2 percent of their male colleagues' salaries for the same work. Many also suffer sexual harassment. Of course, there are traditionally “female” professions, but they tend to be the lowest paid: teachers, cleaning women, waitresses, secretaries and sales clerks. Little wonder, then, that Bulgaria has not yet had a female president, prime minister or speaker of parliament – with the exception of caretaker Prime Minister Reneta Indzhova in 1995. If a girl wants to enroll in an elite high school or university, she once again faces discrimination. Due to gender quotas, girls must receive higher marks than boys to be admitted.

When Bulgarian women finish their eight-hour work days, they head home and continue to slave away – as housewives. “My grandpa told me that if I couldn't cook, no one would marry me,” Elen recalls. The long-standing belief that housework is women's work doesn't look set to die out anytime soon. You'll find it alive and well when you visit any Bulgarian family, especially in rural areas. After cooking the meal, the woman will spend the evening scurrying between kitchen and table, clearing away empty dishes and serving full ones. Her husband has only one responsibility: to get the guests drunk. Rest assured that once you leave, he'll hit the sack while she washes the dishes.

Common Bulgarian expressions reflect these sexist attitudes: a good wife greets her husband at night with a little rakiya and salad and doesn't zanimava go s gluposti, or bother him with nonsense – that is, her thoughts and opinions. For these reasons, 57 percent of Bulgarian women claim they have no free time, while 75 percent complain that their days off are not their own. Ironically, Bulgarian women don't seem to realise they are being victimised, and Bulgarian men have no idea they're oppressing the women around them. Perhaps suffering from a touch of the Stockholm syndrome, Bulgarian women gladly discriminate against each other, treating “bad” homemakers and ambitious professional women as inadequate.

Fortunately, young urban Bulgarians of both genders are beginning to think differently. But as long as discrimination exists, people need to be aware of it. BHK's initiative includes an informational campaign among employers and professional associations, as well as publications on their website: www.bghelsinki.org. “Most importantly, we trained 20 lawyers from Plovdiv, Sofia, Varna, Shumen, Pazardzhik, Veliko Tarnovo, Kazanlak, Targovishte and Tutrakan on how to bring discrimination cases to court,” says lawyer Daniela Furtunova.

What should foreign women suffering discrimination in Bulgaria do? “Write to us about your problem at legal@bghelsinki.org or Bulgarian Helsinki Committee, 7 Varbitsa St, 1504 Sofia. We offer free consultations, but unfortunately our ability to take such cases to court is very limited.”

So Hillary should be thankful that Bill didn't take up a diplomatic post in Bulgaria – but things haven't been easy at home, either, with campaign trail hecklers screaming at her to “iron my shirt”. It looks like Elen and the Helsinki Committee have their work cut out.