THE CHARM OF THE SOUTH SAKAR WINE REGION

Distinct, unique, memorable: Discover some of the most fascinating wineries in Bulgaria

Tucked into Bulgaria's southeast, the South Sakar is a gem of contemporary Bulgarian winemaking. The region has its own terroir based on the balm, sunny climate and leached granite soils, creating the ideal conditions for Merlot and Syrah vines. Merlot is not only the typical variety for the South Sakar, here it is the best in Bulgaria. As for the Syrah, a newcomer, these vines thrive on local conditions that are close to those in their homeland in southern France.

Due to the strict border control, until recently the South Sakar was a terra incognita for winemakers and wine lovers. In the 2000s the trend reversed. New vineyards and wineries appeared, taking on the slow, but rewarding task to reveal the potential of this wine region. Now, the accumulation of experience, enthusiasm, know how and love among local wine producers has reached the tipping point, making the South Sakar wines a lasting trend on the Bulgarian winemaking scene.

Here are some of the wineries you should pay attention to if you love discovering new, exciting wines.

Ivo Varbanov is a rarity: A professional classical musician, ten years ago he gave up to another passion of his, wine. Ivo Varbanov spent two years of research before deciding to make wine in the South Sakar. Ivo Varbanov's winery is still in the making, but he owns a vineyard near Izvorovo village and makes his wines at Bratanov Winery. 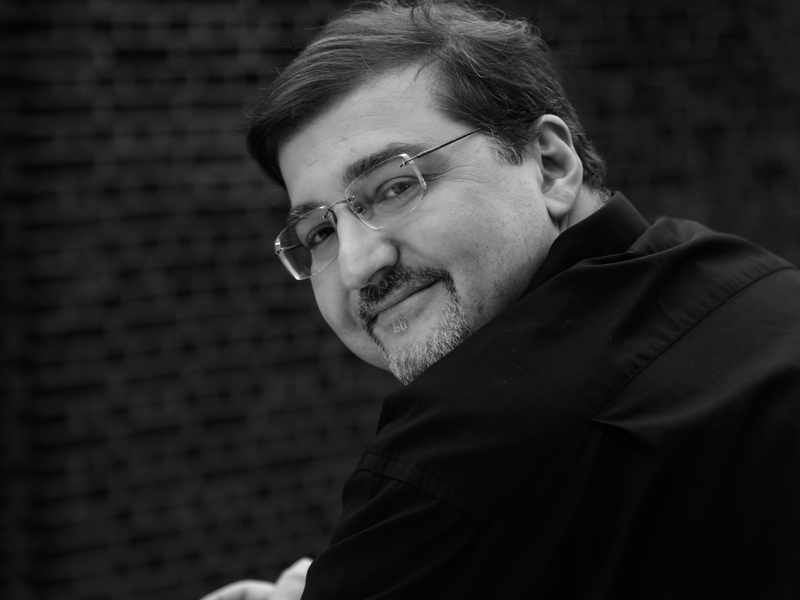 Why did you choose South Sakar?

Because it is one of the best places for winemaking in Bulgaria.

The Ivo Varbanov Syrah is the best introductory wine to the region, because it most accurately shows the South Sakar terroir. This region is the best in the country for red wines, and Syrah is making the most of the conditions here. It is a good example for terroir wine with minimal manipulations in the winery.

What is the common between wine and music?

Both are creative processes; there are no two identical pieces of music, and no two identical wines. Improvisation is crucial, as each vintage is different and has to be adjusted to the situation. I hope that my small project, which focuses on quality not quantity, will help for the development of quality Bulgarian wines.

The small, family winery is the result of the work and inspiration of a father and his sons trying to revive their family tradition in winemaking. The Bratanov vineyards are located near Shishmanovo village. Established in 2006-2008, they consist of Merlot, Syrah, Cabernet franc, Rubin, Chardonnay and Tamianka. The first red vintages of Bratanov Winery were introduced to wine lovers in 2010. Owner Hristo Bratanov tells more. 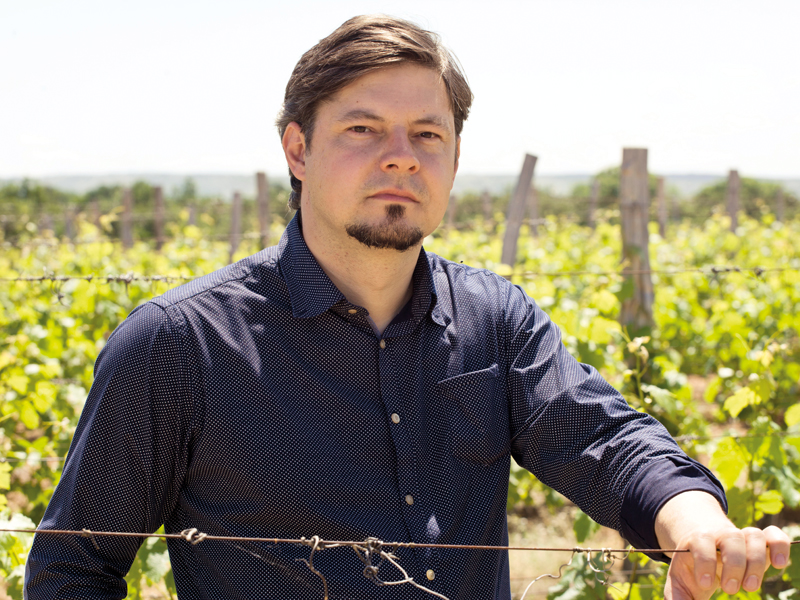 Why did you choose South Sakar?

One of my grandparents had land near Shishmanovo, where he used to grow vines. In the 1990s my father, Stoycho Bratanov, had the opportunity to restore the ownership of these lands, and bought some more. Vine-growing has been known in the region for millennia, and in the recent years South Sakar has made a name as one of the best terroires for red wines not only in Bulgaria, but in Europe. Of course, we have some good whites, too.

The variety of soils with good permeability, the plenty of sun and the Aegean air arriving along the Maritsa river are among the advantages of the region for growing quality wine grapes.

The wine that both men and women love and that very clearly expresses the local warm terroir is from our South Sakar Selection: the blend Merlot & Syrah 2013. A delicious wine to return to repeatedly, over and over again.

A boutique winery based in Harmanli, Villa Bassarea aims at a different approach towards winemaking. Only the best local grapes of each vintage are carefully selected, and after strict control over each step of the process, the final product is presented to wine lovers through emotional and interesting labels. Co-owner Todor Bratanov and enologist Kamen Koev of behind Villa Bassarea share more. 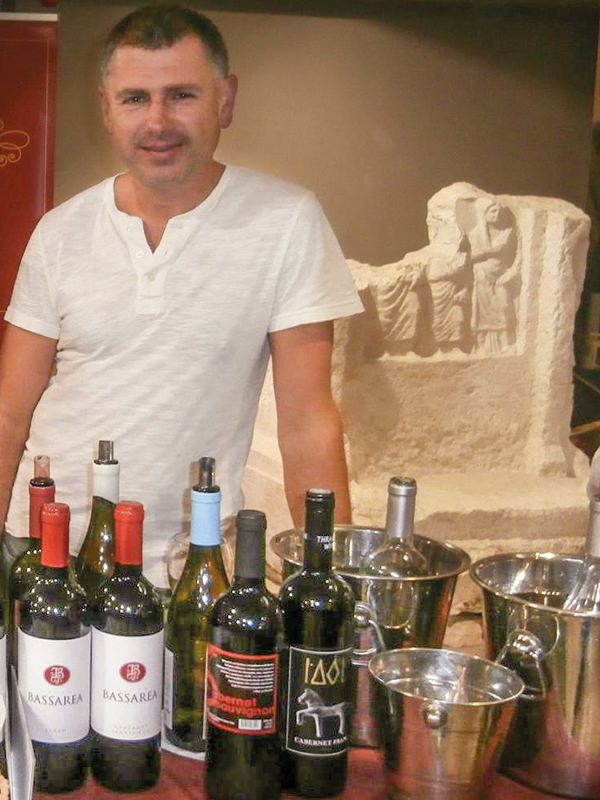 Why did you choose the South Sakar?

Todor Bratanov: This is Bulgaria's best winemaking region, with the highest quantity of sunny days, and the best soils for the vines that grow there. Instead of owning and managing our own vineyard, we have decided to select from the best grapes produced by established local vine growers, focusing our attention towards the quality of the final product.

Todor Bratanov: Our Image Reserva series. They are two top class blended wines, one red and one white.

Kamen Koev: The idea of our premium class wines is that the best grapes of each vintage are chosen, blended together, and the resulting wines are matured in casks. Each year, the ratio of grape varieties in the blends is different, but mainly Merlot, Cabernet Sauvignon, Syrah and sometimes Cabernet franc are used. 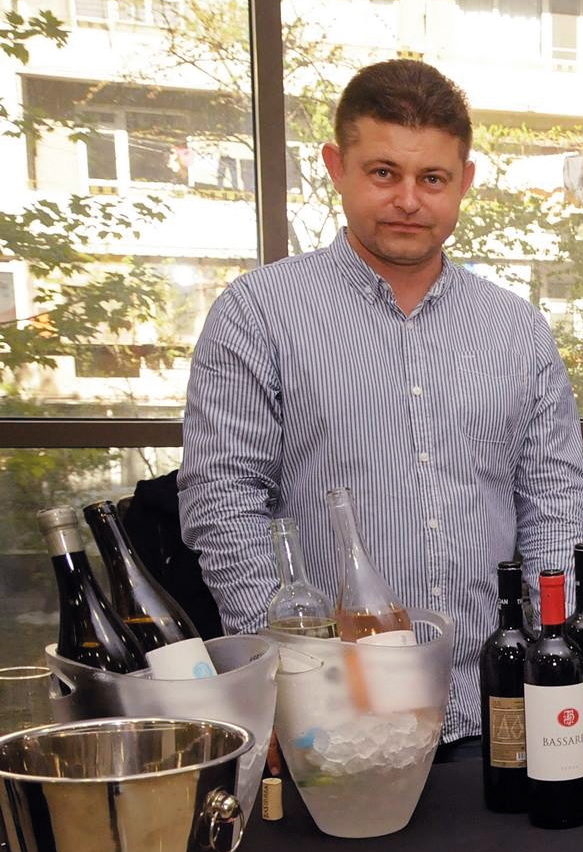 Established in 2005, the Malkata Zvezda Winery has taken its name, meaning Little Star, from a crossroad locality by the ancient Roman road Via Diagonalis. The winery's enologist Dimitar Dimov elaborates. 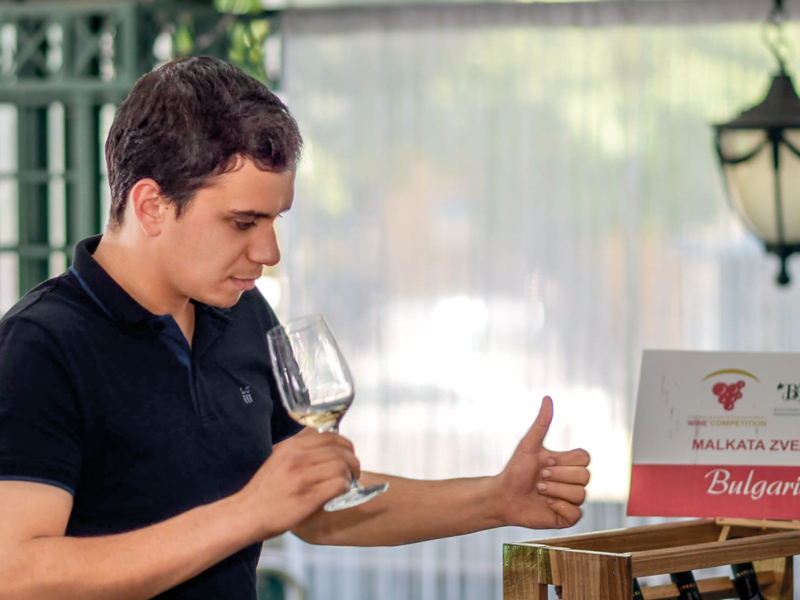 Which of Malkata Zvezda wines do you recommend?

One of the wines without a parallel in Bulgaria is our blend of Merlot and Marselan, a wine with two gold medals. The Marselan vintage is a rarity in Bulgaria. I would also recommend our top class wines, Experience and Quattro. The Quattro is a Bordeaux blend, four varieties (Cabernet sauvignon, Cabernet franc, Merlot, Petit verdot) independently matured in casks for over 6 months, then a year as a blend in a cask, and then a year in a bottle, before being introduced to the market. It is a unique wine, very soft and warm.

Our best wine, which in 2016 took gold medal from the Concours Mondial de Bruxelles and a silver medal on Vinaria 2015, is Experience. It is a blend of Cabernet sauvignon, Merlot, Syrah, Mavrud and Traminer, and is very gentle and pleasant, long, dense wine. In our region, all the grapes are well ripen and make heavier wines than is fashionable at the moment, but this is the region. 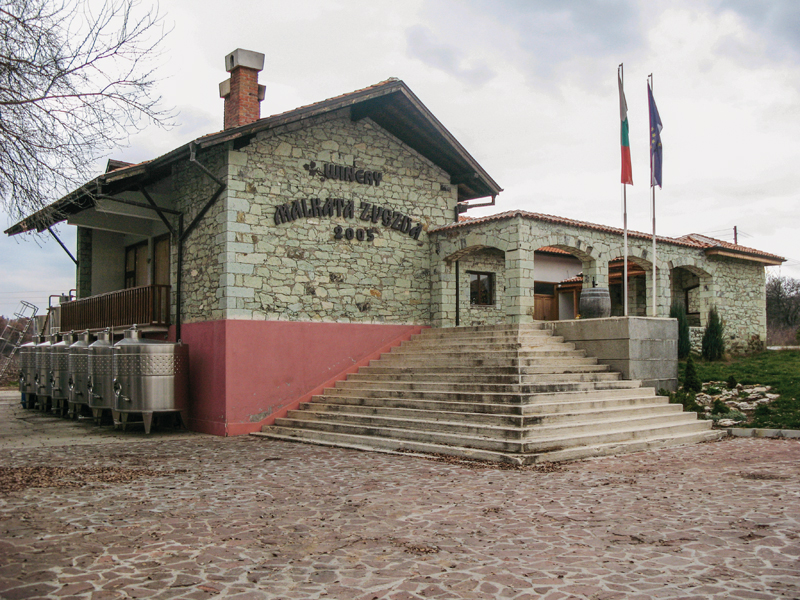 Established in 2009, the winery is located in Kolarovo village, near Harmanli, and has vineyards of Merlot, Cabernet sauvignon, Mavrud and Syrah. The owner Stoyan Stoyanov decided to turn his hobby into a full-time job with the help of his wife Iliyana Koeva, who is the winery's enologist with 18 years of experience. The result is a boutique winery producing memorable wines. 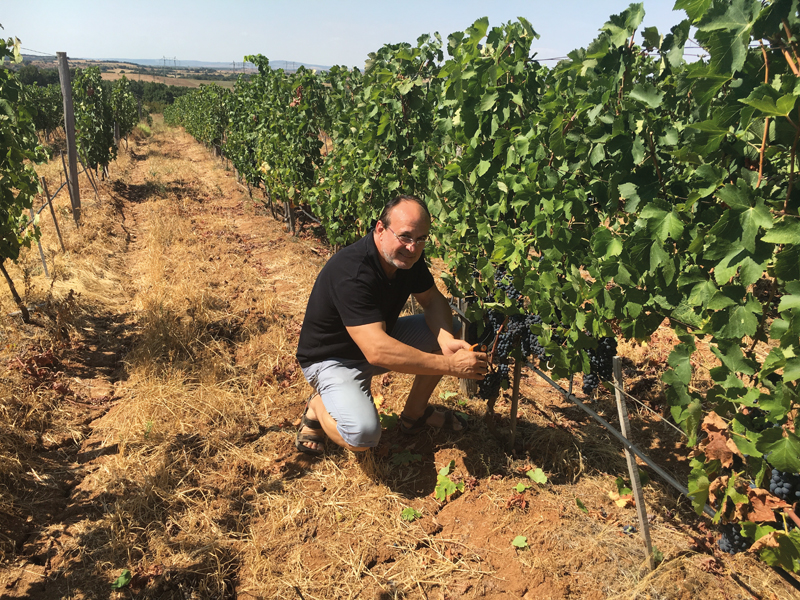 What distinguishes your wines?

Our wines are representative for the region, with a southern, warm terroir with plenty of sunshine. Our wines are powerful and strong. We put special effort on the Bordeaux blend, our top class wine, and on long maturing process in oak casks. This distinguished our wines.

Why should we try South Sakar wines?

Kolarovo has one of the largest Merlot vineyards in the world. You are welcome to try and get to know the distinctive taste of local wines, and to feel the atmosphere of the region. 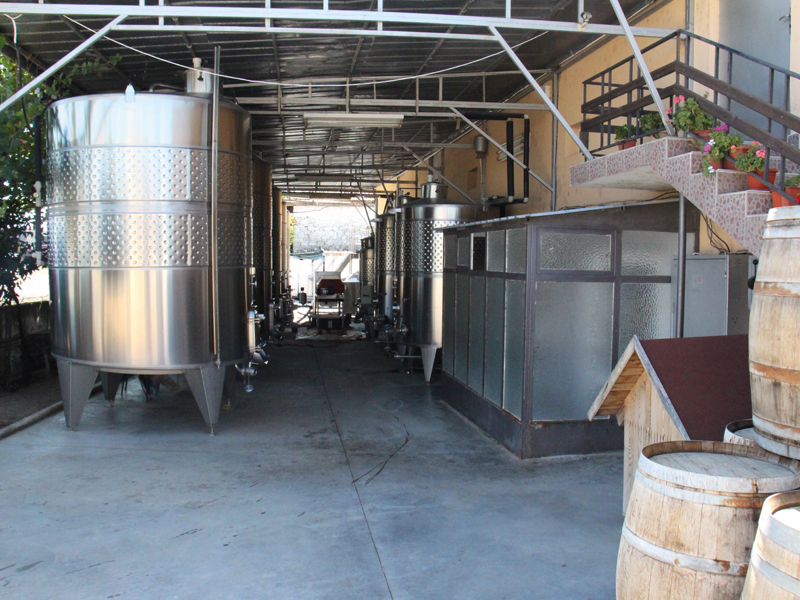 Read 1970 times Last modified on Monday, 16 January 2017 14:51
Published in Talk of the Town
More in this category: « RED CORAL KITCHEN, A RESTAURANT THAT CARES HOLIDAY INN PLOVDIV: JOY OF TRAVEL FOR ALL »