How to decipher trends in the office property market

Up, up and up again ‒ but only when it is worth it. This, in short, is the near future of office property prices in Bulgaria.

At first glance, this may seem strange. The recession and all the questions about the world economy, the eurozone, the American budget deficit, the instability in the Middle East and economics and politics in the Far East do not inspire to rent or buy new business property. 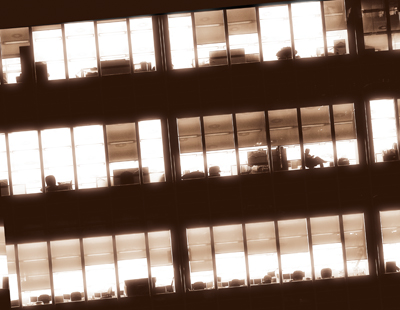 In 2010 office rent rates plummeted and Sofia became one of the cheapest capitals in Europe to rent business space. In the spring of 2011, the average rent per square metre in the centre was 12 euros, and 8 euros on the outskirts. In August, a survey by Colliers International showed that in the first half of 2011 office space in Sofia increased by 5 percent compared to the same period in 2010. The total space available was 1,378 million sq m, of which about one fourth was vacant.

Pretty apocalyptic, isn't it? But this is only half the truth. Under the surface of pessimistic predictions, more optimistic trends are emerging.

There are still plenty of companies which feel secure enough to start looking for new offices. "The most active are companies in the outsourcing and off-shore sectors, and pharmaceutical and energy companies," Anton Slavchev, manager of Colliers' Office Spaces department, told Dnevnik.

Newly-built office premises have one great advantage ‒ they are fit for purpose. In the first 15 years after the introduction of market economy in Bulgaria, most companies tended to flock to the city centres, establishing their offices in badly adapted blocks of flats. The drawbacks of that decision were clear from the very beginning, from lack of parking space to problems with people still living in the buildings to regular power cuts due to an inadequate electricity grid.

The new office spaces that have appeared during the past five years both in city centres and outskirts could not be more different. They are cheaper. They have parking spaces, excellent Internet access, security systems and well maintained landscaping. Most of them are close to the shopping malls and supermarkets.

This explains why the move from old offices in the centre to newer ones on the outskirts continues even now.

If the market continues to evolve in this pattern, one can easily predict that at a certain point in the future the higher demand for new office spaces combined with limited availability will lead to an increase in prices. If you are thinking of relocating you should not hesitate.

It is still a buyer's market. Owners of vacant office property are still eager to attract clients with tempting price reductions which depend on the rented space and on the contract stipulations.

Higher property prices are already a fact in some parts of Sofia. Rents for locations close to existing and future metro stations are up to 10 per cent higher and are unlikely to fall.

The location of Sofia High Tech Campus on Tsarigradsko Shose, Sofia, makes this modern business building one of the most convenient places in the capital. Nearby there are bus stops and in the near future a metro station will appear close to it. The building has 100 parking spaces, 36 of them are in an inner garage.

Sofia High Tech Campus offers 8,500 sq.m of offices of which the layouts can be redesigned according to tenants' requirements. The offices occupy four floors with ceiling in their light parts up to three metres high. Others advantages of Sofia High Tech Campus include round-the-clock security service, CCTV, fire alarm system, meeting halls, storage rooms, rooms for lunch breaks, coffee shop and restaurant.

The Sofia Airport Center (SAC) project has been developed by Tishman International Companies and its joint venture partner GE Real Estate Central & Eastern Europe. The mixed-use business park has been developed and managed using Western European and American standards for providing an international standard working environment in a landscaped business park setting. The wellmaintained, safe and healthy environment is secured by on site property management staff, providing a high level quality services on a daily basis.

Sofia Airport Center offers 165,000 sq.m of high-tech commercial space, including Class A office building, which will be the first commercial LEED-certified office building in Bulgaria, and prime logistics space with state of the art security and safety systems, amidst lush landscape with a central lake, green areas and winter gardens. An international hotel with dining, recreational and conference facilities is also planned as part of the business park.

Trade Center Europe is a good example for a modern place for logistics and trade in Sofia with perfect location and plenty of parking spaces being some of its main advantages. Others include, but are not limited to, the excellent architecture and the up-to-date building materials used in its construction. Trade Center Europe is effectively a passive building and its offices and stores are perfect for those who also want to minimise their carbon footprint. Tenants' business is unlikely to be influenced by any type of inconvenience – Trade Center Europe has reliable emergency power supply and the experienced staff ensures excellent facility management.

Office buildings employing the best in modern technology are increasingly popular. Silver Project's two business buildings in Sofia are such projects under development. Situated on Maria Louisa and Hristo Botev boulevards they combine commercial and administrative functional areas, with a total of 6,100 sq.m of office space, 2,500 sq.m for retail outlets and 1,000 sq.m of underground parking. Both projects are in advanced stages of development – the skeletons are finished, the facade and interior works are ongoing.

In Stella Park Business Complex, on Tsarigradsko Shose Boulevard, offices from 50 up to 300 sq.m and two 1,200 sq. m show rooms come straight from the developer. The complex was built according to the requirements for clean production and has central airconditioning and structured cabling. High ceiling is another asset, reaching six metres on ground floor and four – on upper floors. Stella Park Business Complex has also spaces fit for logistics centre, sound-recording studios, hotel, health centre and restaurant with coffee shop.

Astral Business Center, or ABC, is a boutique Class A business building located in one of the capital’s most prestigious and fast developing business zones – the Sofia Airport. It is the only place in the city where all kinds of transport – road, rail and air – converge. ABC building is truly remarkable for its innovative, elegant and dynamic structure. From a bird's view the building has the form of an eye. An innovative technology uses the energy-saving double-skin façade system for solar protection, prevention of overheating or overcooling and for energy efficiency improvement. The ABC building features 10 ground and two underground levels with multifunctional spaces.

Considering buying your own property? Then check Sofia Star Properties. The company sells its own plots of land and buildings in and outside Sofia. Some of the most tempting are incredibly beautiful lands for houses in Boyana and Simeonovo Sofia neighbourhoods; picturesque plots of land for villa properties in the town of Goverdartsi; a factory in Pernik with a total built-up area of 11,000 sq.m; a commercial service centre in Varna; large plots of land in regulation on the Trakiya Highway, near Plovdiv and Stara Zagora; the commercial complex City Halls in the town of Lom and more.

Business Park Varna is the most popular complex of multifunctional office buildings in Eastern Bulgaria owned by AFI Europe. It is situated at one of the main city entrances and only five minutes away from Varna Airport. The complex offers Class A offices for small and large companies. Business Park Varna has three buildings already in use. When the Park is finished, it will have eight modern buildings with total floor area of 200,000 sq.m, and more than 2,000 parking spaces. Technical advantages include independent power supply, satellite communications, double flooring and 24-hour access control. The tenants of Business Park Varna have at their disposal also storage and retail units, a food establishment, a bar, bank offices. They can also redesign the layout of their space according to their needs.

Central Point in Varna is worth considering when looking not only for an office but also for a flat in Bulgaria's busiest coastal city. A nominee for the Building of the Year 2010 Award, Central Point is a functional business and living complex in the central part of Varna. Built with high-quality materials and latest generation technology, Central Point fits the standards for green and energy efficient building. The complex has underground parking, round-the-clock security and professional maintenance. Offices occupy the first five floors and can be adjusted to clients needs. The five apartment floors above them have huge and comfortable flats with great panoramic views.