AM I A PAINTER?

The absurdity of public life in Bulgaria has reached new proportions with Vezhdi Rashidov, the Culture Minister, nominating Prime Minister Boyko Borisov for an honorary title bestowed by the... Union of Bulgarian Artists. 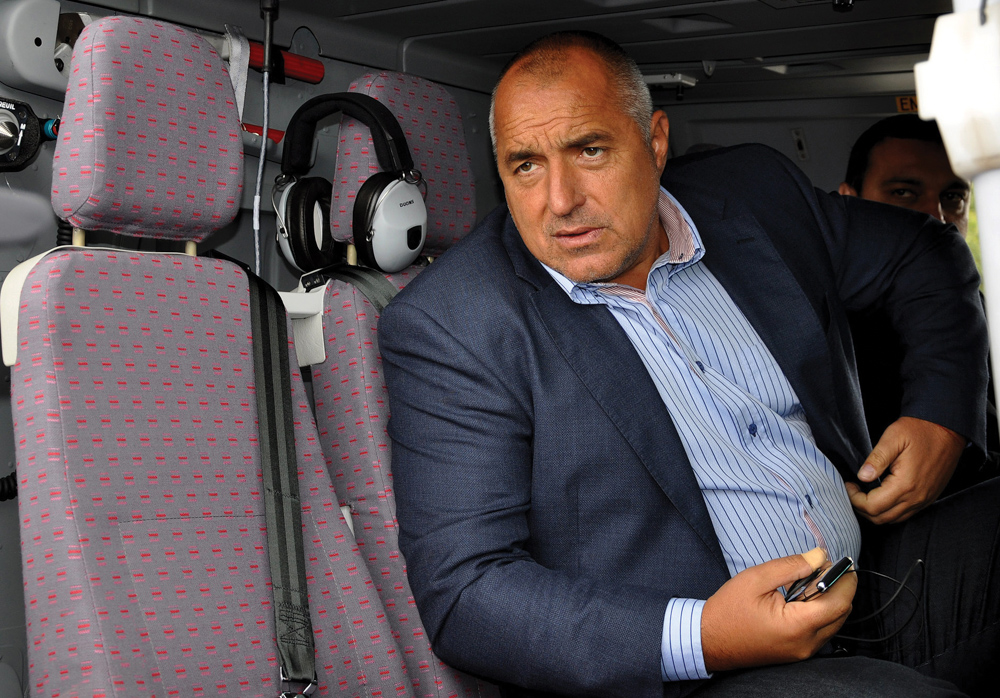 The proposal, approved by the management of the Union of Artists, was motivated by the prime minister's decisive role in securing the building at 6 Shipka Street in Sofia for the use by said union for exhibitions and offices. For years, the ownership of the building had been legally disputed by the University of Sofia, situated across the street.

While it was not immediately clear what the prime minister's "enormous contribution" to reverting several court decisions really was, many members of the general public saw the proposal by the Union of Artists as an act of almost imbecile docility. The top artists of Bulgaria, however, insisted that Boyko Borisov, a former fireman and bodyguard, deserved the honour.

To make matters look even more absurd, Vezhdi Rashidov said he had seen some "beautiful" sketches made by the prime minister during cabinet meetings. Rashidov added that no one knew when creative talent would emerge, citing the example of Sylvester Stallone, who also paints and whose artwork sells for over $50,000 a piece.

A sketch by the prime minister might in time be as valuable as Picasso's early drawings, Vezhdi Rashidov said, adding that Paul Gaugin's creativity made itself known when he was 41 years old.

Incidentally, Sly Stallone was in Sofia to shoot a film with Arnold Schwarzenegger.

At the last minute, however, Boyko Borisov's office sent out a press release stating that the award ceremony was being postponed indefinitely. No explanation was given.

Professor Velislav Minekov, the noted Bulgarian sculptor, had earlier billed the event pure and simple "prostitution." Minekov said at a press conference: "Such kowtowing to acting politicians at the time of an election campaign is a shameful act against hundreds of Union of Artists' members who deserve their membership and titles."

The really funny thing about the whole affair is that it was not a joke at all.

FRENCH AMBASSADOR TO BULGARIA FLORENCE ROBINE
Issue 181
AXPO BULGARIA: THE ENERGY TO LEAD AND SUCCEED
Issue 175
WHAT IS A MUTRA?
Issue 166
STEFANO BALDI: ITALIAN AMBASSADOR ON POSITIVE VIBES AND CROSSING ROADS IN BULGARIA
Issue 154
DERMALIFE: THE NONINVASIVE ROAD TO YOUTH, HEALTH AND BEAUTY
DAY OF ST GEORGE BULGARIAN STYLE
Issue 175
ACRONIS: REDEFINING THE FUTURE OF CYBERSECURITY... FROM SOFIA
THE FUTURE BELONGS TO THE FAST
Issue 125
BULGARIA'S MANY CAPITALS
Issue 174
HOW THRIVE: A NEW LEVEL OF SELF-AWARENESS
IS CUSTOMER SERVICE IN BULGARIA AN OXYMORON?
Issue 21
CROZIA IS... AN INNOVATIVE BRAND OF SAFFRON COSMETICS

FACE ON, FACE OFF
Happy families are all alike, every unhappy family is unhappy in its own way.
ADVANCED BULGARIAN
One thing your Bulgarian instructor will probably not be telling you, possibly because many Bulgarians will be a