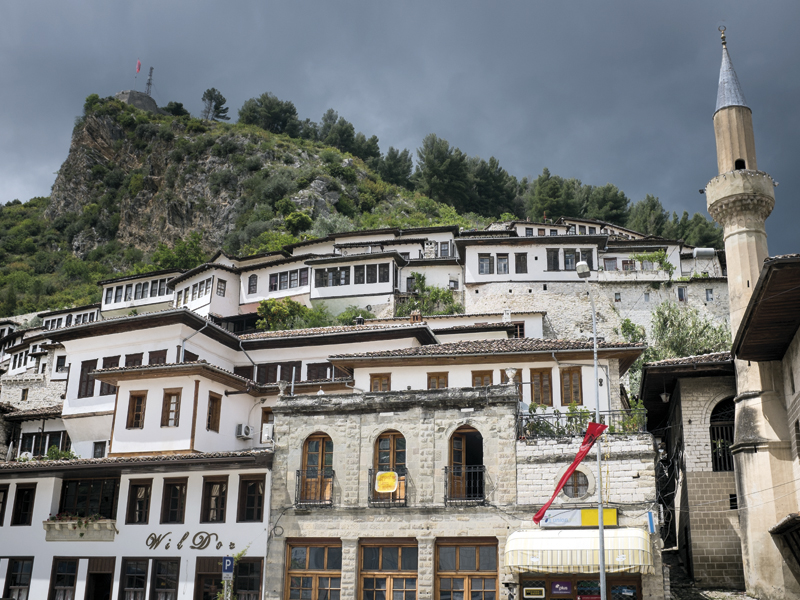 If you are trying to go off-off-off-the-beaten-track and still remain geographically in Europe, look no further than Albania. Tugged among the precipitous mountains of the Western Balkans, it has been under the radar for most of the time since its creation in 1913. During its Communist period, from 1944 to 1992, Albania was sealed off from the modern world by Stalinist leader Enver Hoxha, who dealt ruthlessly with real or imaginary opponents and ordered the construction of over 700,000 bunkers to guard himself from real or imaginary enemies. He fell out with everyone in the world, from Tito and Krushchev to Deng Xiaoping, turning Albania into a hermetically sealed-off North Korea less than 200 kilometres off the coast of Italy. 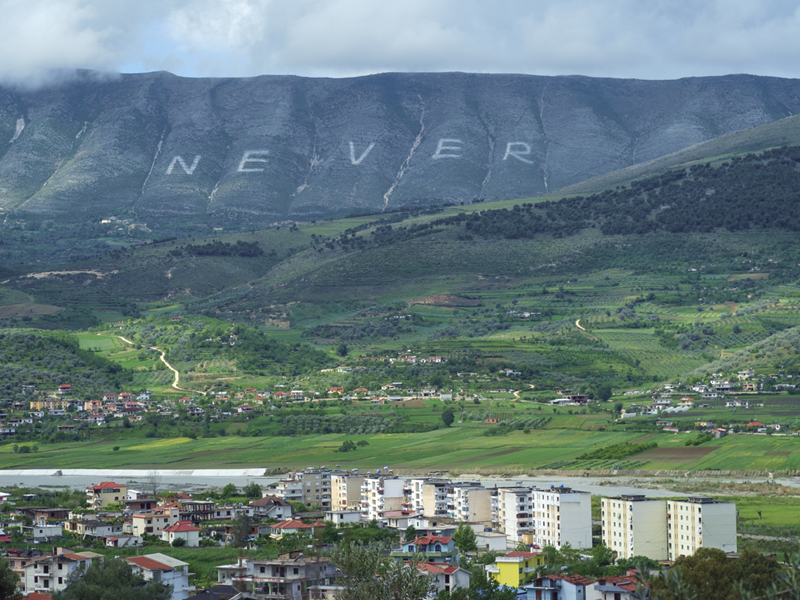 NEVER, a larger-than-life protest against corruption in democratic Albania

These mushroom-shaped bunkers are often the only thing that foreigners vaguely associate Albania with. But Albania has been a democracy for more than 20 years and is welcoming visitors, offering plenty of undiscovered beauty. Some of the roads are still pot-holed and dangerously curved, but being a tourist in Albania is one of the best things one can experience in the Balkans. It's cheap, ordinary people and polite are friendly, and you can easily explore the seaside, the cities and the magnificent landscapes. The food is great, and the espresso has an almost Italian flavour.

Berat, a city of about 70,000 people, is one of the best bits of Albania. This is not only because the combination of a fortress, Byzantine churches and hundreds of Ottoman-era houses with bay-projecting windows is a UNESCO World Heritage Site. 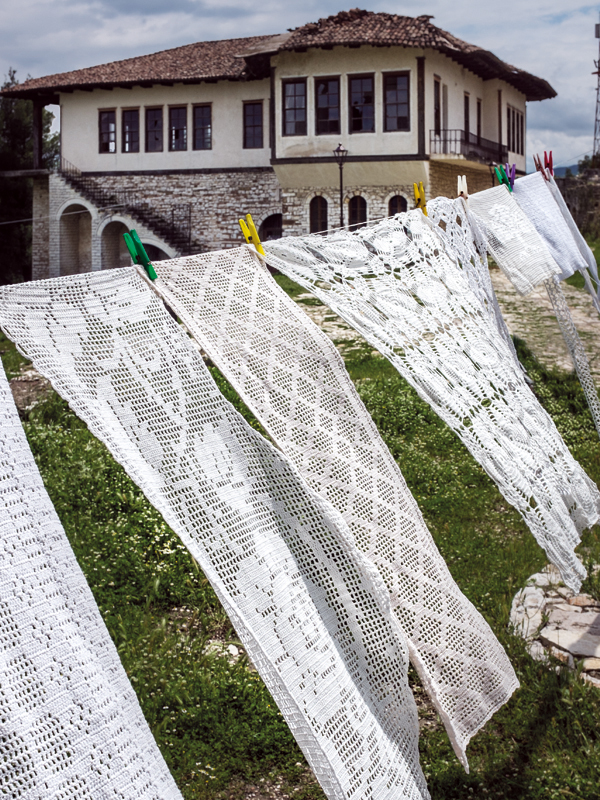 Berat is a place where different eras of local history coexist. Established by the Ancient Greeks in the 6th Century BC, the city on the gorge of the Osum River sat on a vital trade route. In the following centuries it inevitably changed hands many times, mainly between Byzantines and Bulgarians. The Ottomans took it in 1417. 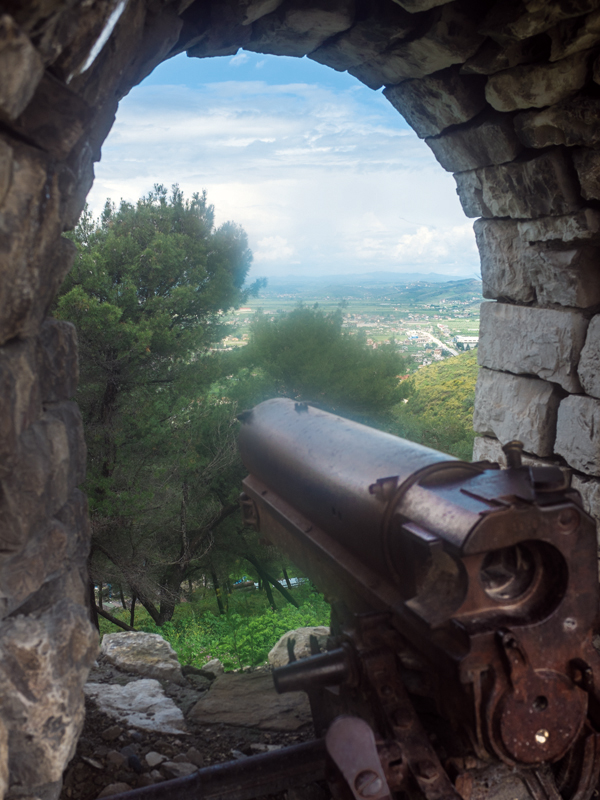 Situated on an important route, Berat was disputed between nations and empires for centuries

What remains of this turbulent history is now visible on the fortified hill which still overlooks Berat. Lying over the remains of ancient fortifications, there are the ruins of a medieval citadel, an eerie underground cistern, several fine churches and old houses, plus a building in pseudo-traditional style which was once a residence of Enver Hoxha but now stands abandoned. If you don't speak to the locals, you will never know... 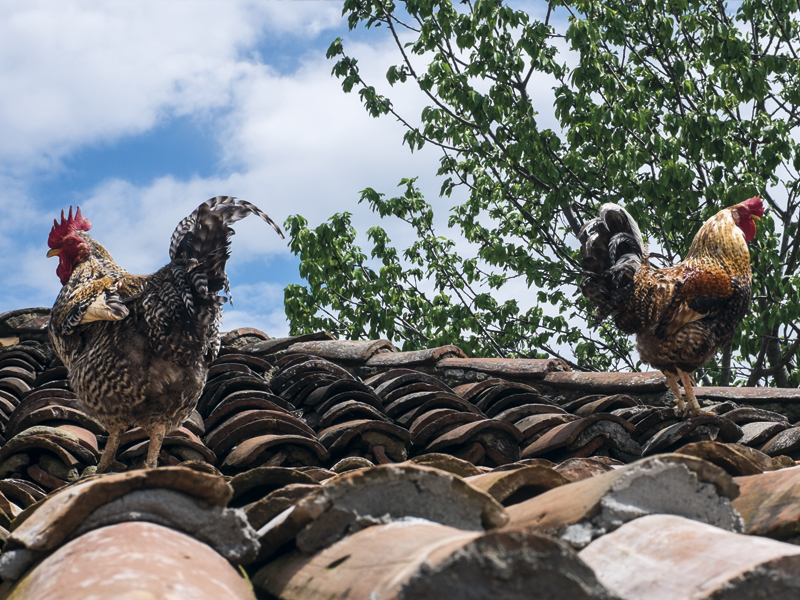 Rustic charms at Berat Castle. Known in Albania as Kala, it was traditionally the Christian quarter of the city

Another remain of Hoxha is seen on a slope across the Osum River valley: a line of 100-metre high letters forming one word, NEVER. The letters were carved in the rock by a local man, Sheme Filja, in 2012, to replace an older sign from 1968. The older sign read ENVER. Contrary to intuition, though, Filja changed the first two letters not as a sign of protest against the Stalinist leader and his legacy. Filja did it as a protest against what he sees is a "replacement of history" in post-Communist Albania. The country is indeed suffering from all the illnesses of young Balkan democracies, and political corruption and underdeveloped economy make some older Albanians feel nostalgic for Hoxha's strident, but somehow more secure Stalinism. 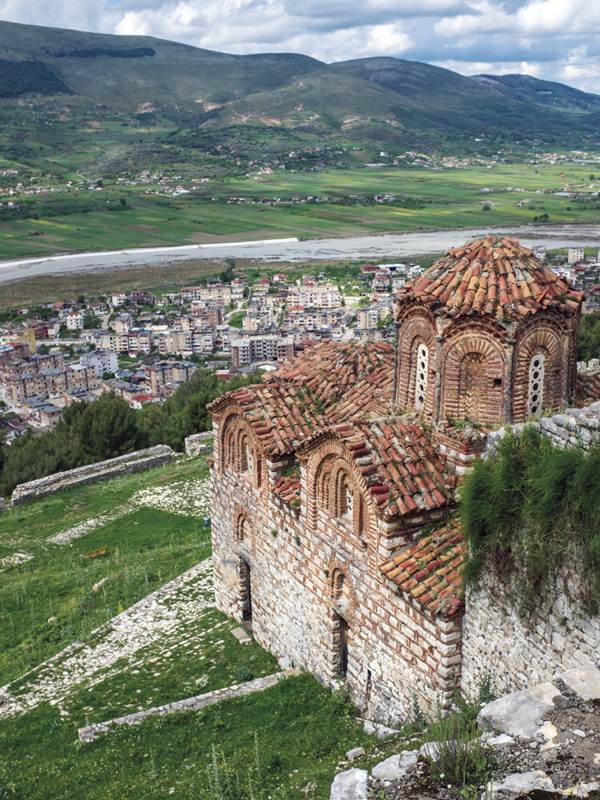 Once, there were more than 40 churches and chapels in the Berat Castle. Today about half are preserved

The lower town of Berat is less controversial.

Scattered on the steep banks of the Osum, which according to the legend were once two giants fighting over a girl, are the famous Berat houses. Tall and elegant, they look at you with their windows, inviting you to climb the steep cobbled lanes that pass here for streets, and to immense in atmosphere of erstwhile Berat.

This is why Berat is known in Albania as the City of a Thousand Windows. 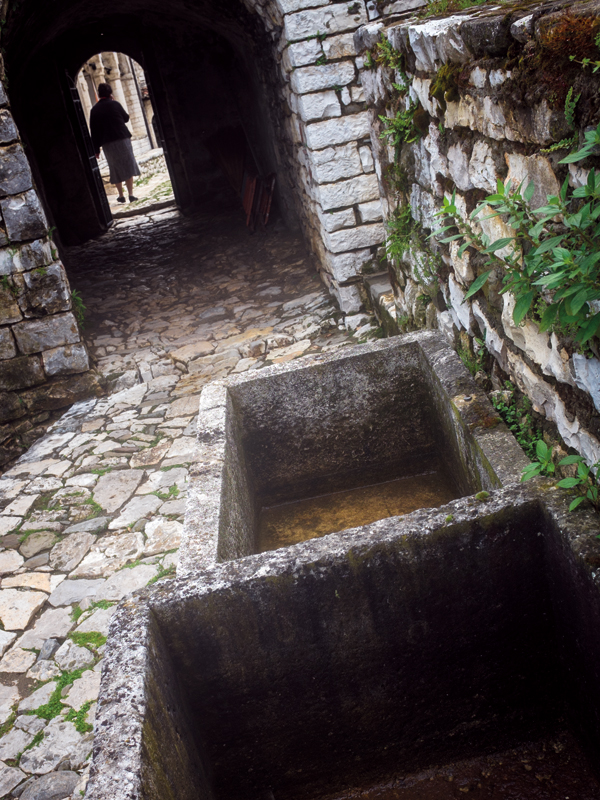 Getting lost in Berat is the city's greatest pleasure

Old mosques and churches pop here and there between the houses. Each of them has a story or an interesting detail deserving attention, but truth be told, the greatest pleasure of Berat is simply to get lost in one of the most charming and least known places in Europe.