BEST THINGS TO DO IN NEW YORK CITY IN WINTER

On their first visit to New York City a lot of people complain of a culture shock. The Big Apple is just tearing itself up along the edges, they surmise, and you will need a couple of lifetimes to explore it all. And then, if you dare go there in winter, you will be in for some other less-than-gentle experiences.

The weather can – and does – get pretty extreme, with temperatures plummeting, snowstorms creating whiteout conditions even in the middle of Manhattan, and airplanes getting landed for hours at the city's airports. However, with a bit of planning and some luck you will actually enjoy NYC in wintertime – that is, if you know where to go and what to expect. Following is a brief, tried-and-tested guide to the main attractions.

The small park on the southern tip of Manhattan is usually desolate and rather windswept in wintertime, but don't let that deter you from exploring it. The area was a part of the old Dutch settlement of New Amsterdam. Go down to the waterfront and look at New York Harbor. Take in the public art, including The Sphere and The Immigrants. Perhaps Battery's Park best known landmark is the Eagle sculpture, a part of the East Coast War Memorial dedicated to the US servicemen who died in the Atlantic Ocean during the Second World War. 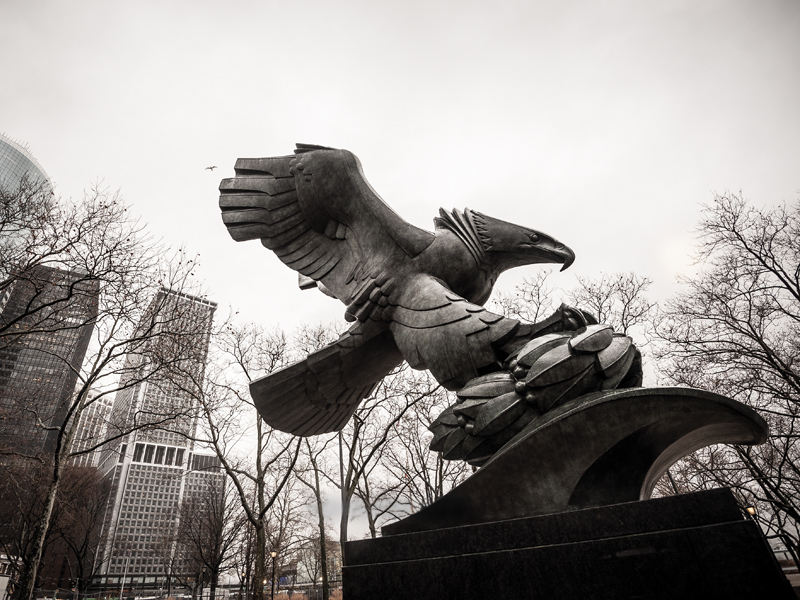 The famous bull at the beginning of Broadway is just a few steps away, and so is the Holy Trinity Church, one of the oldest in town. 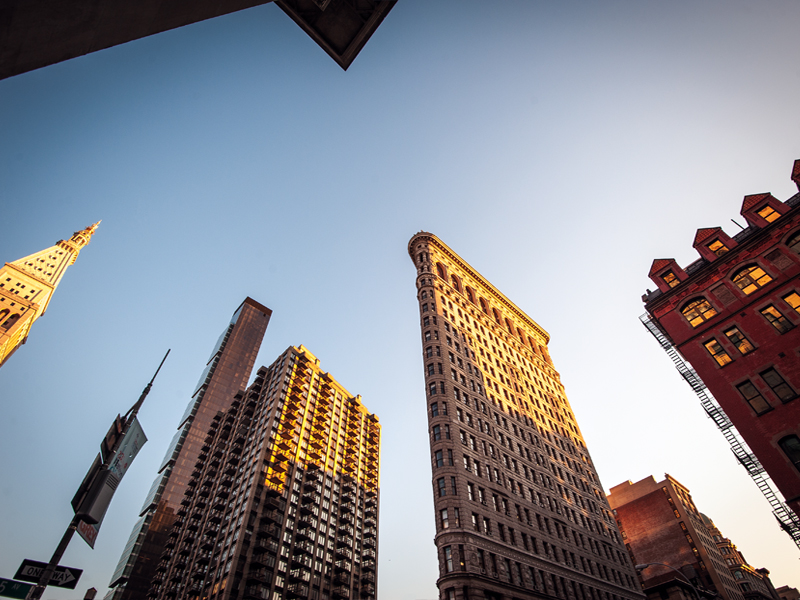 One of the most iconic buildings in the world, the Flatiron is unmistakably American. It is bold, brazen and utterly non-functional. Erected in 1902, it caused controversies from the very start. A curious creation, no doubt, but can it be called "beautiful", some asked. Others were even more straightforward: a disagree to our city, an outrage to our sense of the artistic and a menace to life! However, others extolled it, comparing it, in New York terms, to the Parthenon in Athens. Mark Twain wrote at one time he considered renting an apartment there, but gave up the idea when he discovered that the rent was in direct proportion to the height of the building. 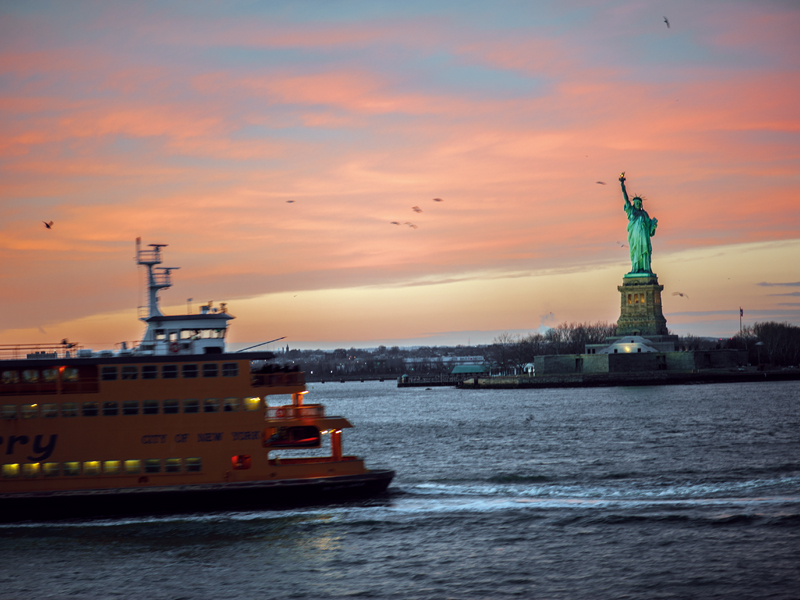 You have two options here. You can take the dedicated tourist boat to Liberty Island, alight, and spend a few hours exploring the outside and the insides of the Statue of Liberty. An ascend into the crown of the lady will probably be a highlight of your trip to America. However, admission is limited and you have to book your tickets ahead, sometimes months ahead. If you fail to get a place, you have a wonderful and completely free alternative. Hop on the Staten Island Ferry, which crisscrosses the New York Bay every few minutes. The ferry bypasses the Statue of Liberty and as it progresses towards Staten Island you will be exposed to some of the iconic views of Lower Manhattan, skyscrapers and all. 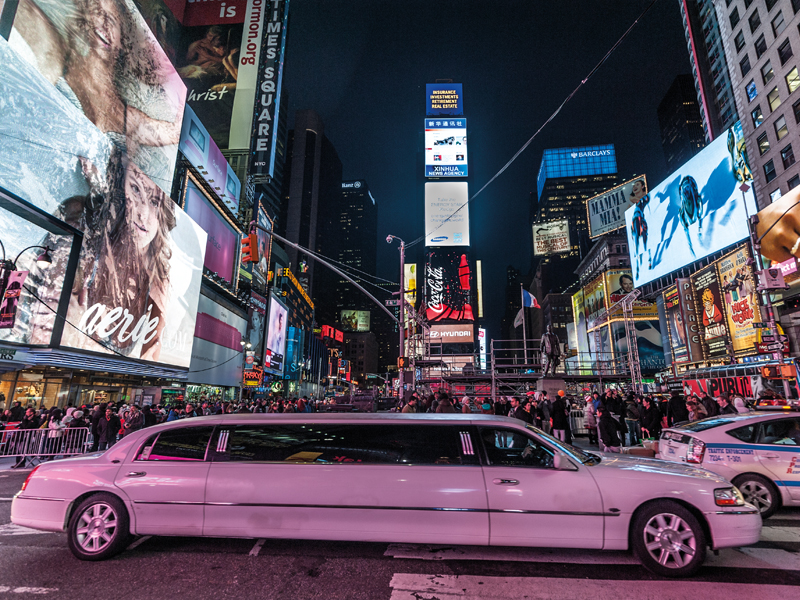 No visit to the City is complete without experiencing the rousing entertainment available in Midtown Manhattan’s Theatre District, where dozens of historic venues stage bold new musicals, long-running hits and fascinating dramas every night of the week. That's one thing. But there is another way of experiencing it. Many years ago I made a rather imprudent decision: to walk the whole length of Broadway starting from Battery Park and ending up at the southern tip of the Bronx. It is about 21 kilometres in length, and I needed a whole day to do it. If you have the guts (and good shoes) try doing it yourself. It will give you an unparalleled insight into how New York City changes south to north, with the Financial District, China Town, the Theater District, Columbus Circle and the Upper West Side. For the way back take the subway.

You may not have $$$$$ to invest, but a visit to the tiny street around which is the financial capital of the world is a must for any first-time visitor to New York. The New York Stock Exchange and the NASDAQ, the two largest stock exchanges in the world by total market capitalisation, are here, and so are a number of other major financial institutions including the New York Mercantile Exchange and the former American Stock Exchange. Wall Street was named so by the Dutch, who actually called it De Waalstraat. From 1711 to 1764 Wall Street was a... slave market. In 1789, Wall Street was the scene of the United States' first presidential inauguration when George Washington took the oath of office on the balcony of Federal Hall. This was also the location of the passing of the Bill Of Rights. 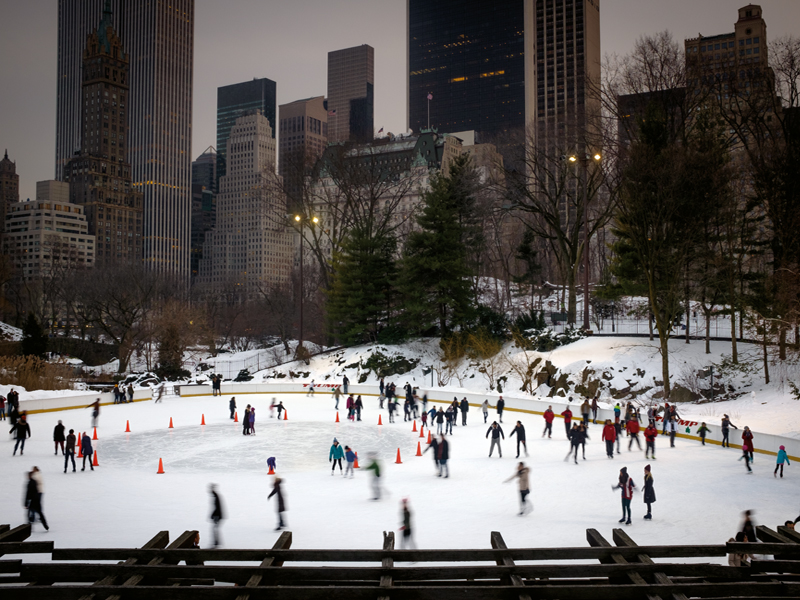 One of the most famous parks in the world probably because there is hardly a movie set in New York that doesn't show it at one point or another, Central Park is New York City's green lung. It is frequented by an estimated 40 million visitors a year. If you want to explore all its hidden treasures, you will need at least a day. If you don't have the time, focus on the highlights. Bethesda Terrace, the Reservoir, the Pond and the Hallett Nature Sanctuary are but a few of those. Early mornings are particularly fascinating.
Don't forget Strawberry Fields, at Central Park West and 72th Street. 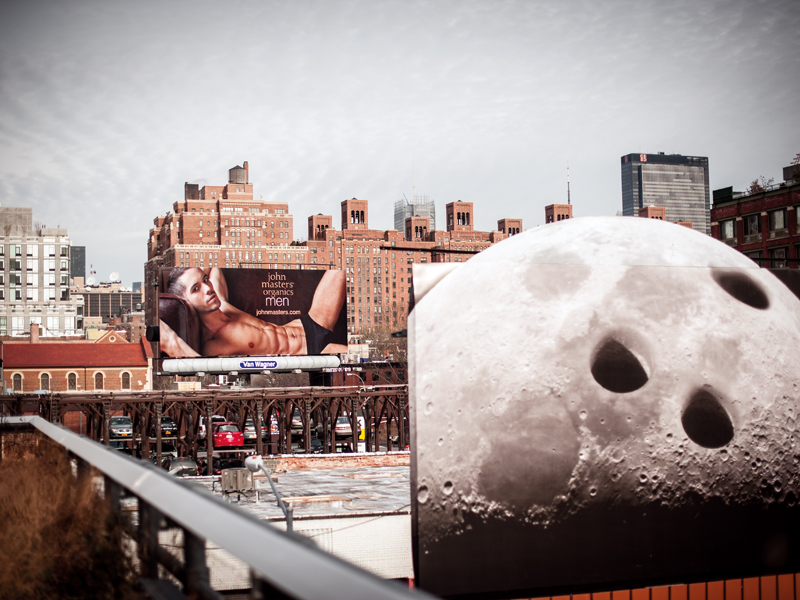 A new development in what used to be one of New York City's most rundown areas, the Meatpacking District, the High Line is an elevated walkway going roughly along the now disused West Side Railroad Line. It is essentially a park, full of cafés, publicly accessible artwork and street performers.

The new World Trade Centre, also known as the Freedom Tower, is a masterpiece. You can take the lift to its viewing platform and spend the whole day there. Enough said. But do spare a few hours to take in the 9/11 memorial at Ground Zero. It is a sombre and very evocative memento for all the people who died in the most horrific terrorist act in history. The 9/11 Museum houses 23,000 images, 10,300 artefacts, nearly 2,000 oral histories of those killed – mostly provided by friends and families – and over 500 hours of video.

Brooklyn Promenade and the bridges 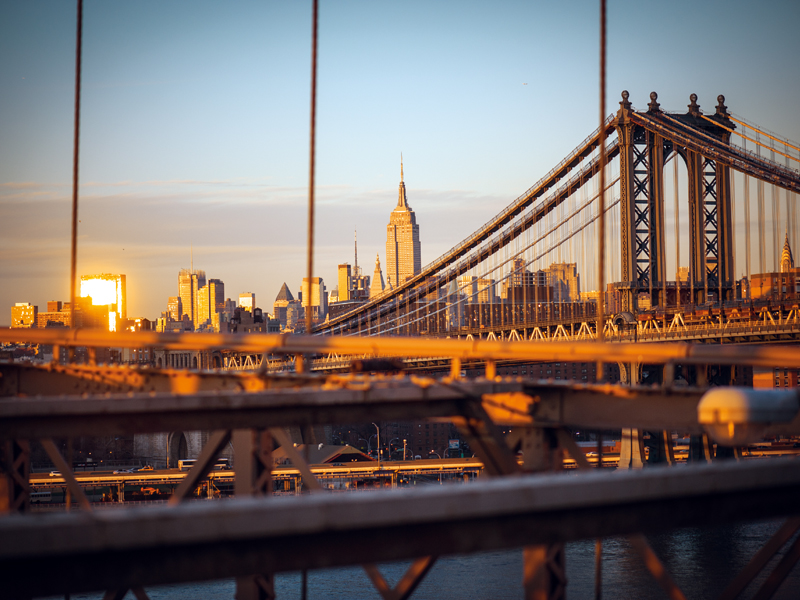 Get out of Manhattan. Brooklyn is huge and you can't do much there in a single day, but what you can do is take a stroll on Brooklyn Promenade, which offers some of the best views of the City. You can reach it by trains, but the best way to do it is to actually stroll across the Brooklyn Bridge. Completed in 1883, it is oldest suspension bridge in the United States and a major international landmark. Usually, it is very crowded to cross it, but you may be lucky (if the weather is particularly bad) and you will have the bridge all for yourself. For the way back into Manhattan, take the Williamsburg Bridge.