From ancient world wonder to centre of mass tourism 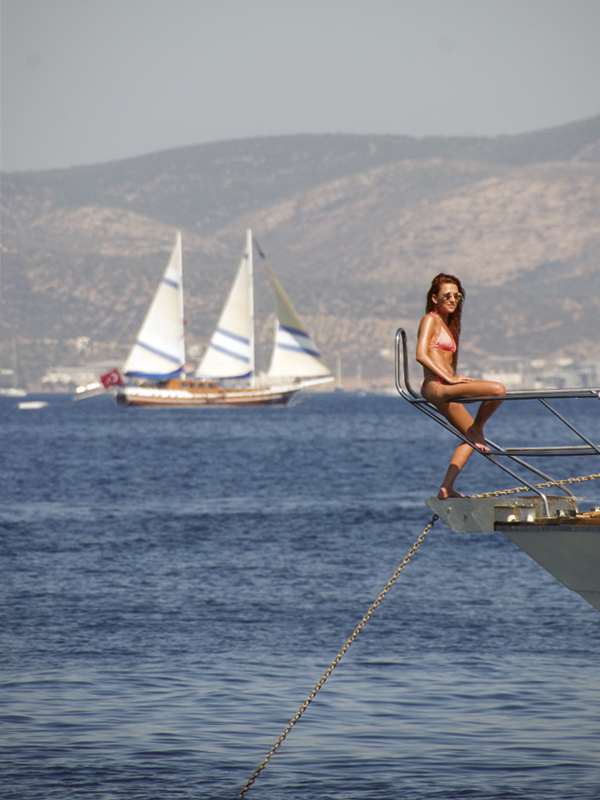 The tourists wandering around the ruins of the tomb of King Mausolus, considered to be one of the Seven Wonders of the ancient world, look dispirited, and why wouldn't they? Suffering from the night before spent in Bodrum's bars and discos, they are now baking under the strong Mediterranean sun – and for what? A couple of stones and some scale-models of the long destroyed wonder.

Bodrum (ancient Halicarnassus) was once famous for its grandiose Mausoleion but today few come here solely for its humble remains. For several decades the city on the Turquoise Coast of Turkey has been the place to come for sun, fun and sea.
Bodrum appeals to all tastes. B & Bs coexist with overpriced four-star hotels and boutique mansions. Bus-loads of Bulgarian package tourists mingle with the glossy people from the yachts and cruise ships, and the streets are full of well-to-do Turks on holiday, and sunburned Americans and Russians.

Everything in Bodrum is designed to please the holidaymaker. 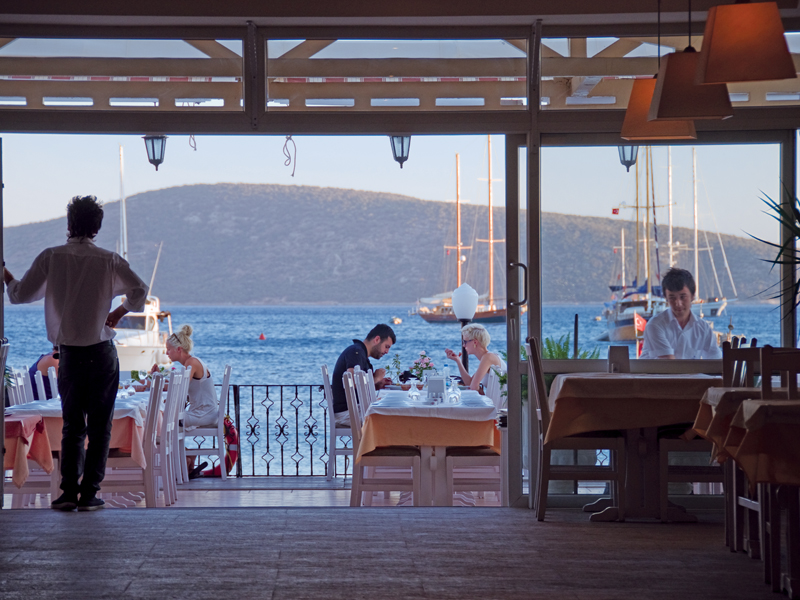 Bodrum itself is picturesque enough; a patchwork of white houses and mansions scattered on a hill overlooking a deep bay, from whose waters rises the photogenic fortress of St Peter. The seaside Cumhuriyet Street with its friendly souvenir shops, stylish restaurants and attractive bars is a gentrified, tourist-friendly version of the Orient. The marina is packed with white yachts and clumsy wooden gulets, the traditional boats rented for cruising.

There are some good beaches in and around Bodrum, but the best sea experience is to hire a gulet and head for some of the coves around, spending the rest of the day diving, swimming and eating fresh grilled bream on board.

A budget alternative is to take the sea taxi from the harbour to Bardakci Cove.

The food in Bodrum is superb if you know the right places and avoid the tourist taps. There are some even on Cumhuriyet Street, if you are prepared to pay. When in doubt, leave the coast and head into the city. The farther you are from Cumhuriet Street, the better your chances of finding a decent restaurant or a kebab joint.

Before sunset, the crowds gather at the western end of the bay, where the sea, the setting sun and a line of old windmills provide the perfect photo opportunity. 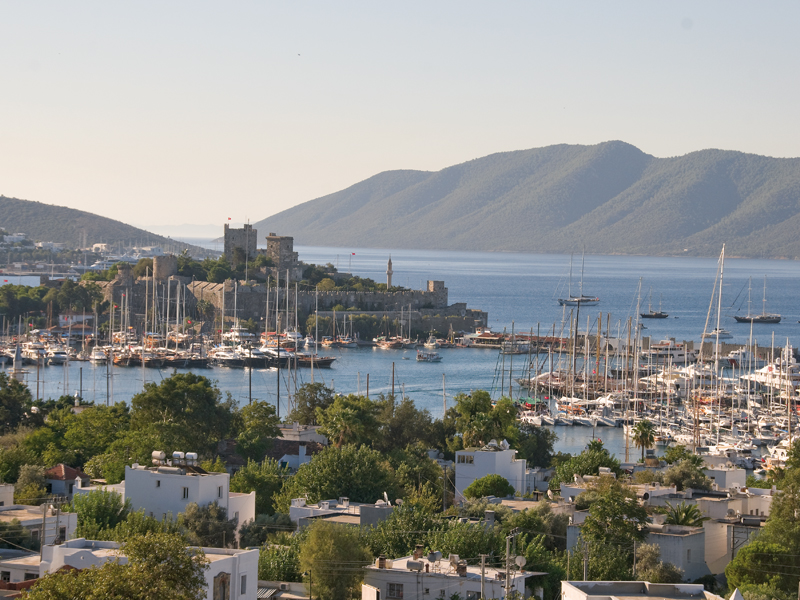 The mighty St Peter castle dominates the bay of Bodrum and features on every travel brochure. Once a knights' stronghold, it is now a museum

Then comes the time to hit – once again – Cumhuriet Street. In and around it, bars and discotheques attract customers with chill-out music, golden oldies or the latest hits, and host extravaganzas like a floating transparent dance floor or foam parties.

In the time when they are not sunbathing, swimming, eating, dancing and drinking, visitors can explore the rest of Bodrum. Luckily, there's not that much to see, yet enough to keep you interested.

St Peter's castle is the most obvious crowd-puller in Bodrum. The Knights Hospitaliers built it in the 15th Century after Tamerlane destroyed their outpost in Izmir. A century later they were forced to leave by the Ottoman Sultan Süleyman the Magnificent, who established full control over that part of the Mediterranean. Today, the fortress is a full-scale tourist attraction. Its halls and ramparts tell the story of the crusader and Ottoman past of Bodrum, and a section is given over to an interesting museum of underwater archaeology.

The remains of the long history of Bodrum's existence on the mainland are not that impressive, but still worth a visit. The only surviving city gate of ancient Myndos is from the time when the city was a possession of the Carians, a people who lived in that part of Anatolia in the 1st Millennium BC. Nearby is the incorrectly-named Bodrum Amphitheatre. This building, which could seat 13,000 people, is actually a theatre. Built in the 4th Century BC by the Carian King Mausolus, it was enlarged in the 2nd Century AD, when Halicarnassus was a part of the Roman Empire. 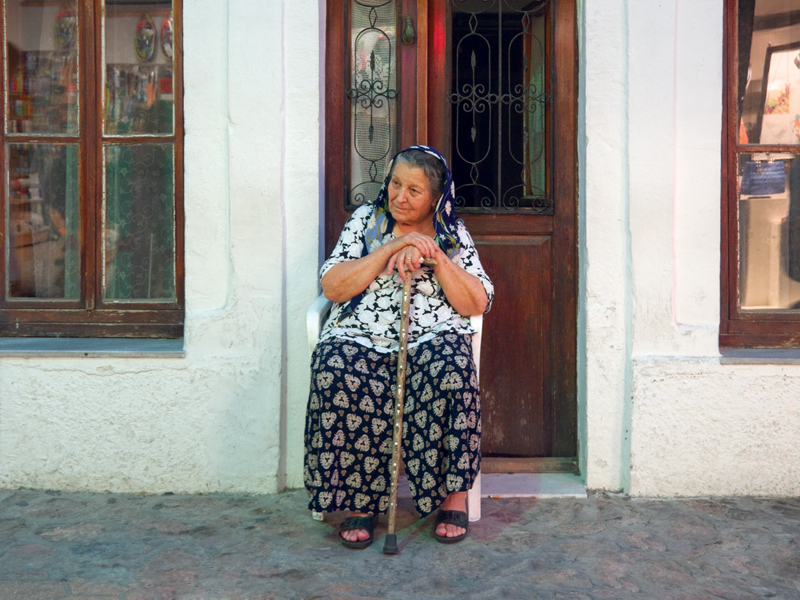 Halicarnassus was a melting pot of cultures and people long before the Romans. The Greeks arrived in the 7th Century BC and mingled with the native Carians. Soon after, the Persians came from the east and took control of the city. The result was a cosmopolitain place which produced Herodotus, the author of the first history book and a man with a keen interest in other cultures.

The Mausoleion is another product of this ancient hodgepodge of cultures. The Carian Queen Artemisia built it for her late husband and brother, King Mausolus. The tomb was enormous, about 45 metres high, and combined an Egyptian pyramid with reliefs depicting Greek myths. These were made by the best Greek sculptors of the time.

The Mausoleion stood intact, though plundered, for 1,700 years before a powerful earthquake destroyed it, and the Knights Hospitaliers used its remains for their castle. The reliefs were destroyed, and the surviving parts are now scattered all over the world, with the best pieces in the British Museum. The structure still lives on in popular imagination – the modern word mausoleum derives from it.

In the centuries after the Middle Ages, Bodrum was as forgotten as were the ruins of the Mausoleion. It was a quiet fishing village until the 1950s, when some Turkish intellectuals discovered it and fell in love with it. These pioneers settled there, then their friends followed suit, and then came the tourists, returning Bodrum to its former role as a cosmopolitain city. 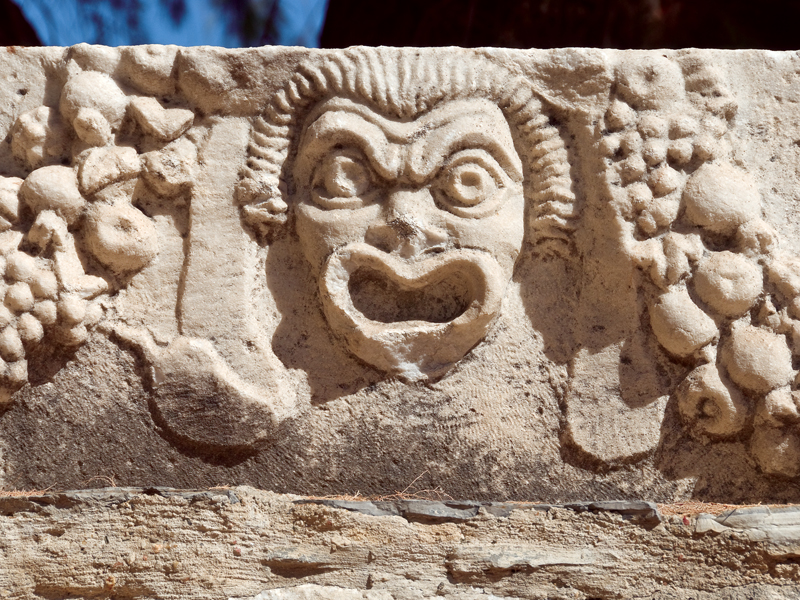 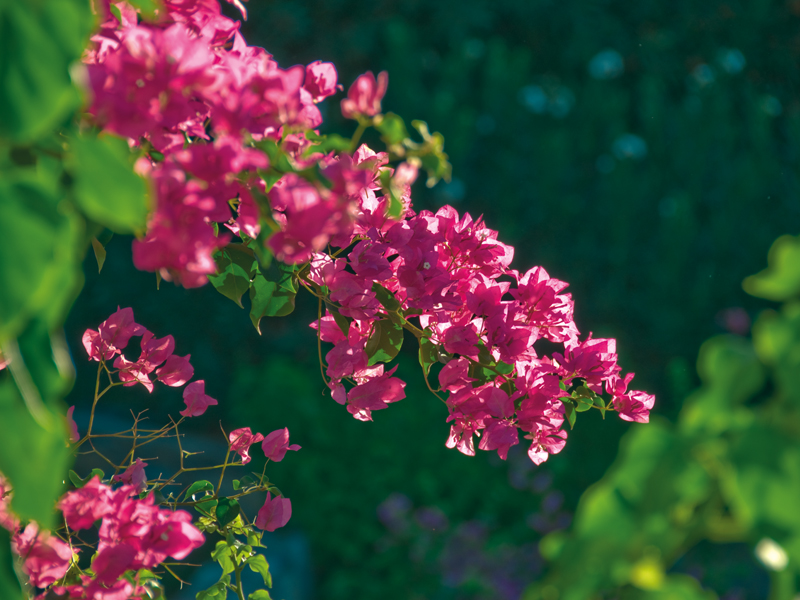 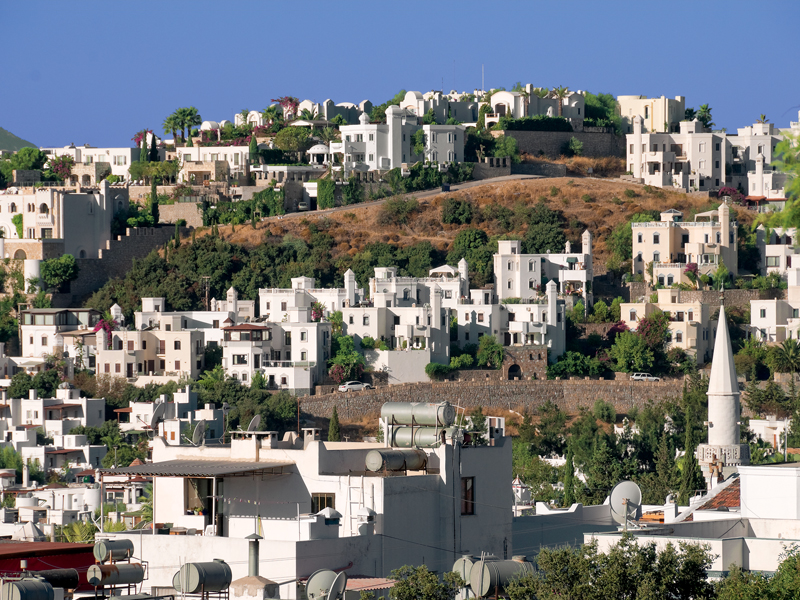