The road leading to the village of Bardarski Geran is about 10km long. 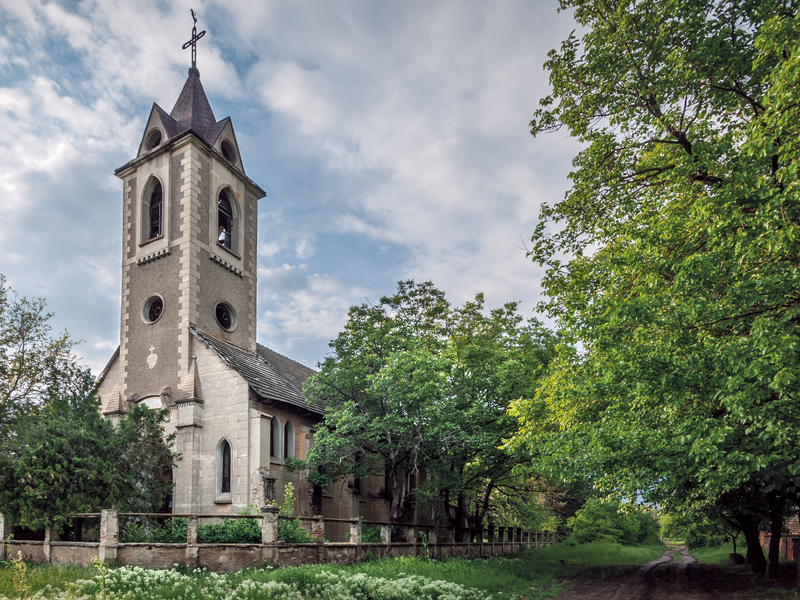 It starts in Byala Slatina and seems no different to any other road through the Bulgarian countryside. It meanders between fields and from time to time cows wander across it. Byala Slatina itself is not much more exciting. It is one of a series of dull towns north of the Stara Planina whose chief claim to fame is the extreme climate: sweltering hot in summer and freezing in winter. Year-round, you will likely perish of hunger, since only the locals seem to be able to find the restaurants.

Once you go past the Bardarski Geran sign, however, you will realise that this village is unlike any other in Bulgaria. The differences go far beyond its strange name, which even Bulgarians have difficulty pronouncing and remembering.

Bardarski Geran looks like an Austro-Hungarian village, from the time when the Hapsburg Empire was a major European power and not just a lesson in the history books. The houses have steep roofs, decorative gables and walls painted in bright colours – pink, ochre and orange – that are unusual for Bulgarian villages. In the square, the Church of St Joseph has a neo-Gothic appearance, as does the Church of the Holy Virgin Mary down the road. While St Joseph is well kept, St Mary is more picturesque in a spooky way – weeds sprout and broken stained glass windows allow pigeons to fly freely in and out.

In the middle of the village you will see a grounded Soviet jet fighter, next to a propeller-shaped monument with an inscription telling you about seven Soviet pilots who crashed near Bardarski Geran "in the line of duty" in October 1944. The villagers buried them in the local graveyard but, when the memorial was completed, they reinterred the remains at its base. Like many other Communist-era monuments throughout Bulgaria, the story of the Russians is in actual fact quite different. They got drunk on local liquor, got into a car and crashed themselves to death, "in the line of duty," so to speak.

Across from the monument, in the courtyard of St Joseph, you will find another memorial, dedicated to local men killed in the two Balkan Wars and the First World War. Some of the names are German. Strange, right?

Bardarski Geran is the only German village in Bulgaria. The abandoned church is known as the German church.

How did it happen that a German village appeared in one of the least inspiring parts in Bulgaria?

The Swabians arrived here in 1893, lured by the promise of newly independent Bulgaria's vast uncultivated lands and manpower shortage, hoping to buy cheap farms. This was not their first experiment in emigration. Their forefathers had left Germany during the 17th century and settled in the Banat, a territory in today's Hungary, Romania and Serbia, along the Danube, to escape the Thirty Years' War.

Soon Bardarski Geran had almost 100 families who found in Bulgaria a land of opportunity. 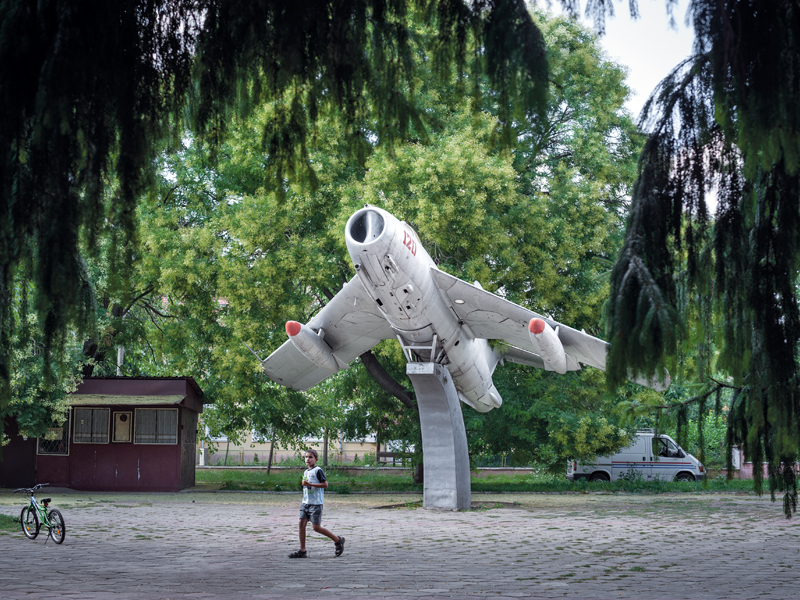 Several years later other Germans followed their example and the number of communities grew. Folk from Bessarabia and Northern Dobrudzha arrived in Tsarev Brod near Shumen, while those from the Crimea and Kherson relocated to Dobrovo near Dobrich.

The German immigrants in Bardarski Geran created a close-knit society with an active cultural and spiritual life. They had a brass band, and in 1933 opened the Church of the Holy Virgin Mary, and their own school. The village even had its own clinic run by Benedictine nuns.

Curiously, Bardarski Geran had been founded by other immigrants, before the Swabians. The village was created by Bulgarian Catholics from the Banat, who returned to their erstwhile homeland under the Law for Resettling Depopulated Lands in Bulgaria, which gave free land to people of Bulgarian descent.

The Bulgarians and the Germans living in Bardarski Geran were friendly enough to take turns using the chapel before each group built its own church, yet they lived in separate neighbourhoods, rarely intermarried and eventually began a long and complicated "internal war" because of the Swabians' desire to turn the Church of the Holy Virgin Mary into a separate parish.

Everything changed in 1943. Hitler called on Germans living outside Germany to return to the Fatherland. The Swabians of Bardarski Geran, Tsarev Brod and Dobrovo – nearly 2,100 people – heeded the Heim ins Reich war cry. Those from Bardarski Geran left on 9 May 1943. The majority of men were promptly sent to the Eastern Front. Few returned. When the war ended and the Communists seized power in Bulgaria, the abandoned Swabian houses were taken over by the Banat Bulgarians. Just one or two Germans had remained. They promptly changed their names into Bulgarian ones for fear of repercussions by the Communists. The Church of the Holy Virgin Mary began to decay, a poignant reminder of a small community swept away by a war that changed the whole world. 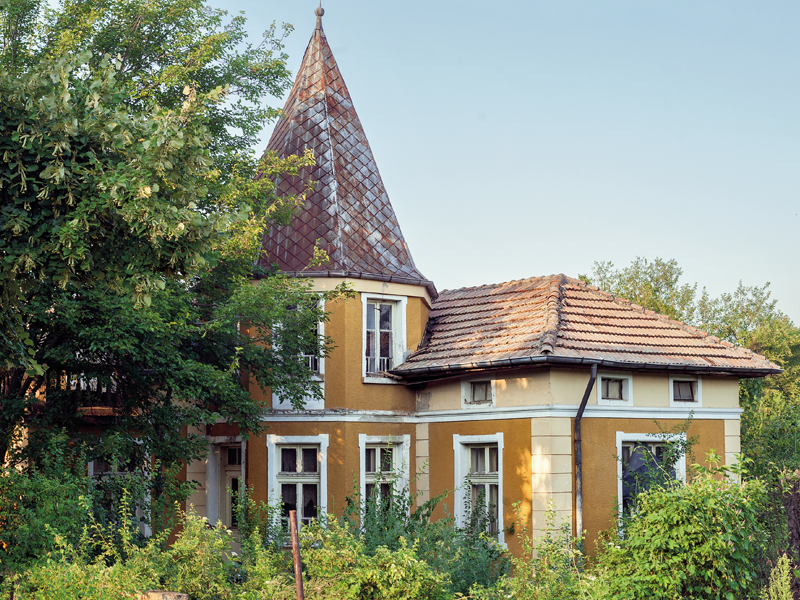 Bardarski Geran is one of five villages in the region established by Banat Bulgarians after Bulgaria got its independence in 1878. Their progenitors were Catholic Bulgarians who emigrated in the then Habsburg controlled region of Banat (now in Serbia and Romania) after the brutal suppression of the 1688 Chiprovtsi Uprising by the Ottomans 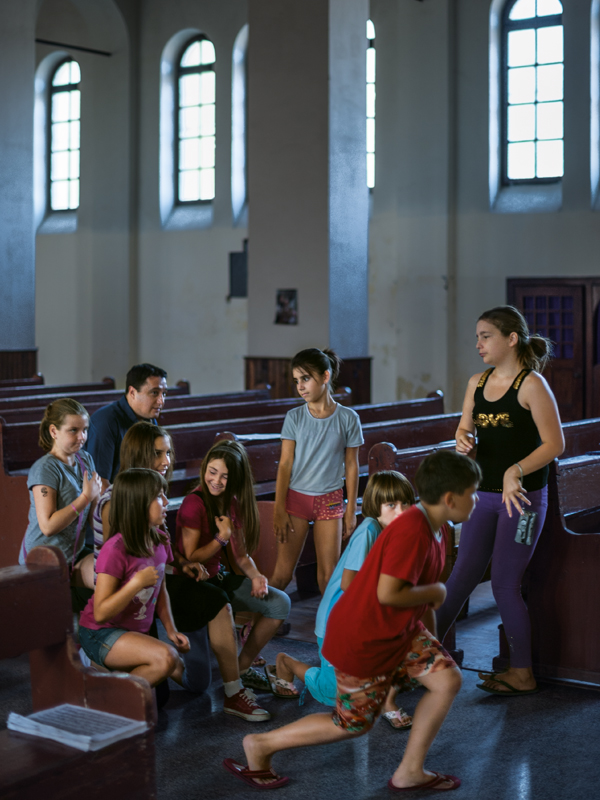 Children play in St Joseph Church, built by the Banat Bulgarians in 1930 and still functioning 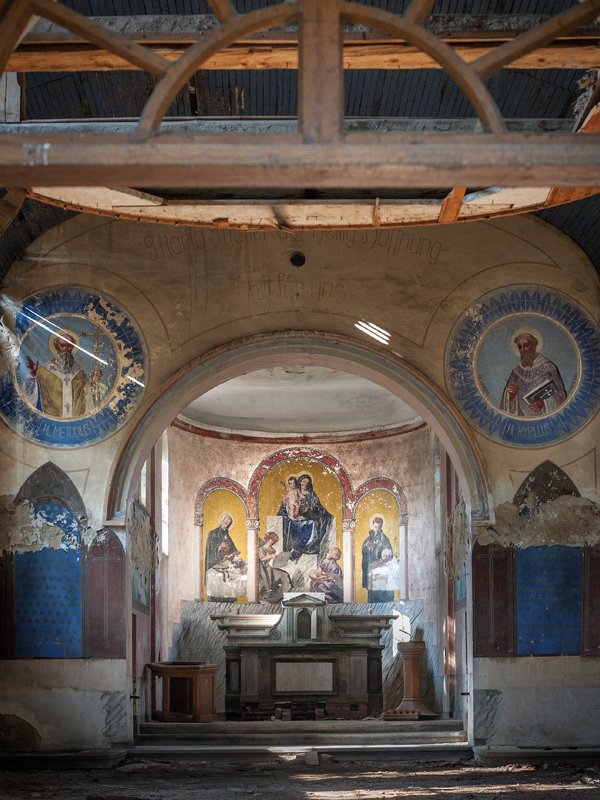 Built in 1929 by the German community, the Church of the Holy Virgin Mary is simply known to the locals as the Nemskata tsarkva, or the German Church 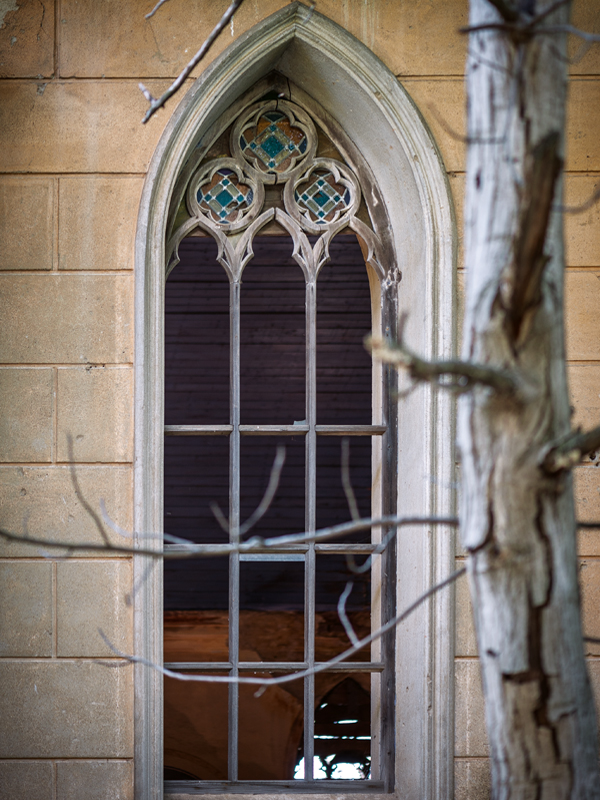 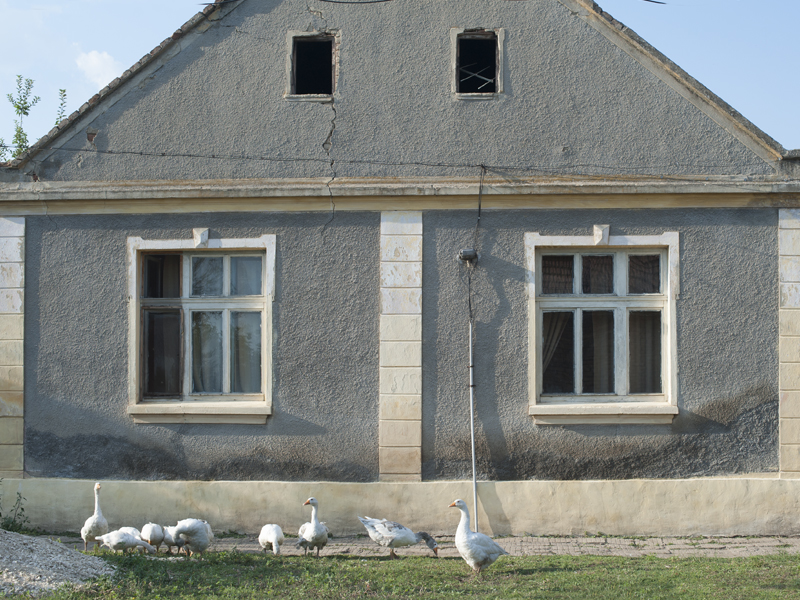