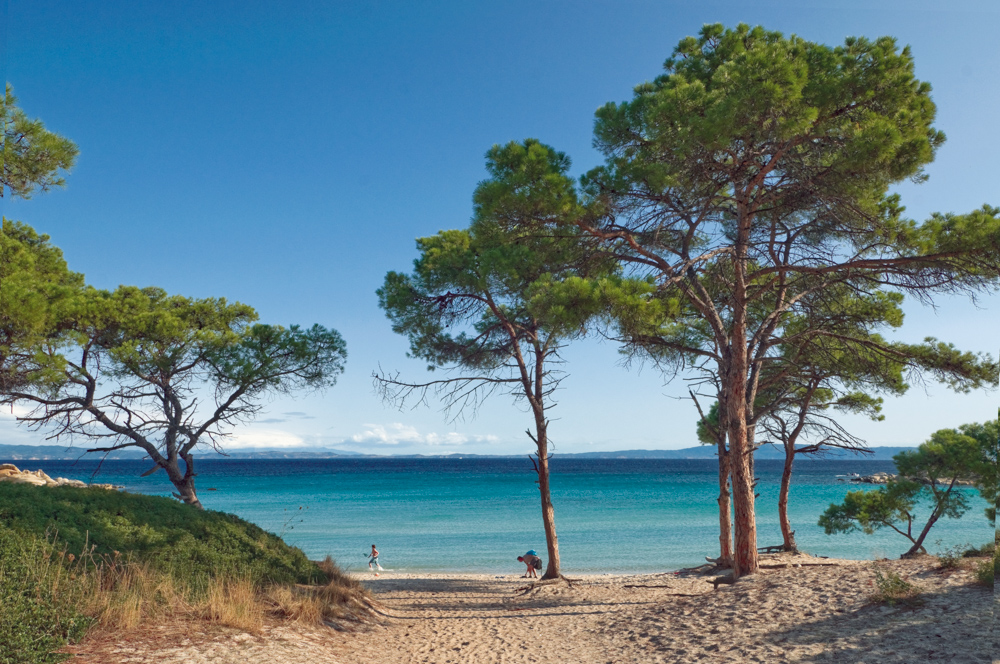 Crisis or no crisis, the results of an informal survey among friends, relatives and people overheard in cafés, bars and the Sofia metro on how they plan to spend their summer holiday are clear. The overwhelming majority will head to Chalkidiki in Greece.

This comes as no surprise. For more than a decade, Chalkidiki has been among Bulgarians' top five summer destinations and it is easy to see why. If you start from Sofia, this peculiarly-shaped peninsula is closer than Bulgaria's seaside. Chalkidiki also wins hands down for its natural beauty, relaxed lifestyle, tranquility, excellent food and long coastline.

There are even more reasons, however, to visit and revisit Chalkidiki.

At the beginning, you are suspicious. How much diversity can you get on a peninsula covering less than 3,000 sq kms? This might be true for other countries in the world, but not for a place like Greece and its rugged landscape. Indeed, each of Chalkidiki's three "fingers" has its own distinct characteristics.

Cassandra, the westernmost "finger" of the palm-shaped Chalkidiki, is low and not very green, but bustles with villages, hotels and resorts. Its easy atmosphere and splendid beaches of all sorts, including a naturist one, make it ideal for a lazy vacation. Cassandra is not boring, though – nights are busy with nightlife and the Sani arts festival at the eponymous resort is a must.

If you crave greener scenery, head for the second "finger," Sithonia. Mountainous and overgrown with lush forests, this peninsula has a good share of resorts and camping sites for people of all tastes. Serenity, however, is paramount here and even in the high season one can stumble across an empty cove. Sithonia is also the home of one of the finest of Chalkidiki beaches, Porto Coufo, or the Deaf Port.

Athos, Chalkidiki's third "finger," has limited but well used space for holiday-making. Almost right to the very border of the Mount Athos monastic community there are hotels, resorts and fine beaches, a seductive strip of places to swim and work on your tan. The set up is a bit surreal, though, as holiday-makers with sunburned noses and humble monks and pilgrims intermingle on the tiny streets of Ouranopouli, the gateway to the monastic republic. 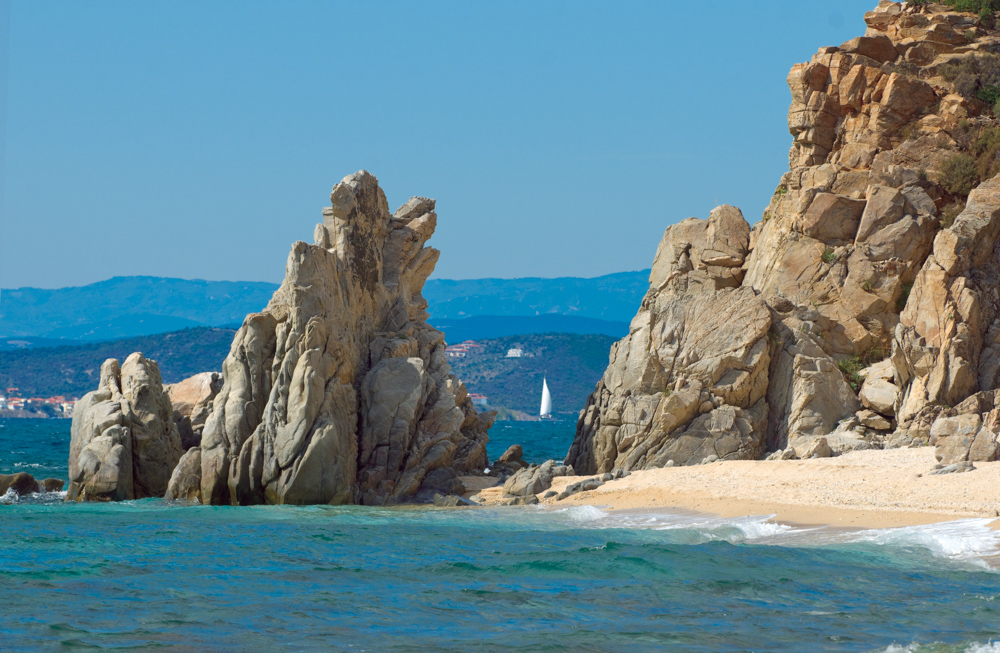 Diverse as they are, Chalkidiki's three fingers have one thing in common. They are all bordered by crystal clear waters and numerous, clean beaches. In fact, in Chalkidiki you can easily spend the whole summer swimming at a new place every day. In 2013, 27 of the local beaches were awarded the Blue Flag international eco-label.

If you look around, you'll discover that even the un-flagged ones deserve your admiration – and your beach towel.

Mount Olympus or Mount Athos are usually hovering on the horizon, and every day at sunset the sea turns wine-red in obedience to Homer's cliché. This makes Chalkidiki a place you leave with great reluctance – especially if you are heading back to the bumpy road around Dupnitsa.

The Mount Athos monastic republic is by far Chalkidiki's greatest claim to fame. This autonomous state includes 20 monasteries and several dozen Sketes, or smaller monastic establishments, and offers a rare glimpse into a medieval lifestyle, but only for men. No women are allowed to enter. Your Bulgarian friends will probably boast about the beauty of the Bulgarian monastery of St Georgi Zograf and the historical significance of the Serb-controlled Hilandariou monastery, where the first modern Bulgarian history was written, in 1762. However, Mount Athos has more to offer – from the Russian pilgrim-packed Agiou Panteleimonis to Agiou Pavlou at the tip of the peninsula.

Chalkidiki has much to offer the tourist eager to explore farther than the borders of the hotel swimming pool. Driving through the inland parts of the peninsula provides a rare opportunity to enjoy lush forests and traditional villages.

The Petralona cave is notable for its stalagmites, stalactites and the fact that the skull of the oldest hominid in Europe was found there. If you are interested in archaeology, don't miss the remains of the ancient city of Olyntos, east of Cassandra, and the remains of the canal at the beginning of Athos, dug by the army of the Persian King Xerxes in 480 BC. His aim was to escape the treacherous waters around Cape Athos in his pursuit to conquer the Greeks. His engineers succeeded, but the Persians were defeated anyway.

Chalkidiki suffered greatly during the Greek War of Independence in the 1820s, and many people settled here after the forced exchange of populations with Turkey in the 1920s, with the result that there are not a great many traditional villages left. However, there are still places that preserve an old-time atmosphere. The villages of Afitos on Cassandra and Parthenonas on Sithonia both have a fine collection of stone houses, winding streets and attractive taverns.

If you have the opportunity, don't miss Stagira, north of Athos. Today it doesn't look much, but it is the birthplace of Aristotle, after all.

In an average year, Chalkidiki enjoys 300 sunny days. The peninsula is also sheltered from the strong Meltemi wind, which may steal your beach towel in Santorini, but will only cool you pleasantly in Chalkidiki.