Pictures of Cold War leaders decorate your “bugged” room in a theme hotel offering a Socialist experience. The profit, however, is definitely capitalist

You're in a prefabricated, concrete-housing building, furnished with the standard, ugly wallpaper, carpeting and lamps from the era of “developed Socialism”. It's the kind of home few Europeans aspire to in 2007. Indeed, until 1989, thousands risked their lives to leave this type of apartment and the drab uniformity that stretched far beyond interior designs.

But, strangely, 17 years after the Berlin Wall fell, the Communist lifestyle is pulling in punters. The newly-opened hotel with a nostalgic GDR (German Democratic Republic) “feel” in Berlin's centre is becoming a lucrative enterprise.

The location of the Ostel (from ost meaning “east”, and “hotel”) is particularly symbolic. It lies in a classic Plattenbauwohnung, a Communist-era mass-produced concrete apartment building, near Ostbahnhof, or the East Train Station, on a corner of Strasse der Pariser Kommune (Paris Commune Street). Its owners, Daniel Helbig, 35, and Guido Sand, 33, have rented a whole wing in the block, transforming the 12 flats into 33 separate rooms. Then they acquired furnishings. They spoke to friends and relatives, searching dusty store rooms and flea markets as well as the Internet. Despite almost two decades of democracy, they managed to find enough interior decorations, linoleum and rolls of genuine wallpaper from the GDR's heyday.

The result is stunning. The rooms are a spitting image of the Communist homes that every East German of a certain age remembers, visible also in films like Goodbye Lenin or The Life of Others. Helbig and Sand have succeeded in vividly recreating the past. The luxury Stasi Suite is decorated in the style of the 1960s (forget associations of flower children – Communist countries were very different) with real furniture used by former Politburo chiefs complete with equally authentic listening devices.

The quality of fixtures and fittings is far lower in the more common rooms. The “Pioneer Camp” is a dormitory with three sets of bunk beds. Breakfast is served in plastic East German dishes against a coupon costing 3.5 euros. 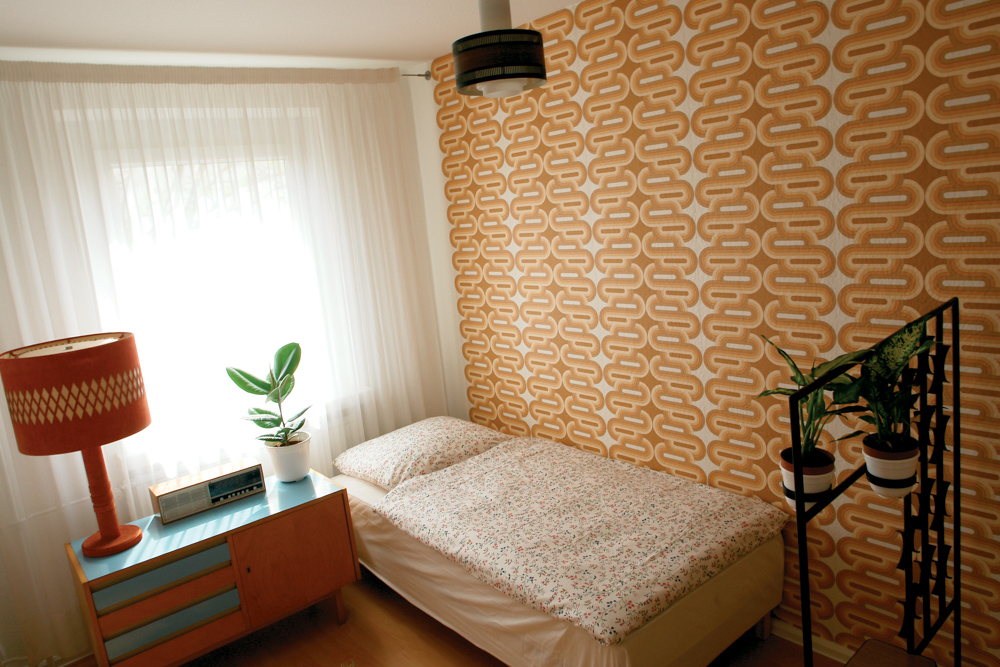 As in any hotel, clocks hang in the reception area, but in the Ostel they show the time in Berlin, Moscow, Peking and Havana. The opposite wall is dominated by a huge portrait of Willi Stoph, East Germany's last prime minister. He was indicted for many crimes but was acquitted for health reasons.

The proprietors, erstwhile performers from the GDR's State Circus, say they are apolitical and maintain that the former Communist leader's portrait is a joke. But some guests proved excessively enthusiastic. They stole all the original portraits of the ex-general secretary of the Socialist Unity Party, Erich Honecker, hung in heavy frames in the guest rooms. So the owners decided to replace them with colour copies.

Helbig and Sand's venture may have a Communist appearance (they came up with the idea for the hotel over a drink), but the outcome is decidedly entrepreneurial. The monthly rent for the complex is 7,000 euros. They made a profit during May alone, their first month of business. The media boosted business by giving extensive coverage to the Ostel. Currently, there are no vacancies in the holidays or the high season. In June, the hotel proved extremely popular with young anti-globalists, en route to protest against the G-8 summit at Heiligendamm on the Baltic Sea coast. 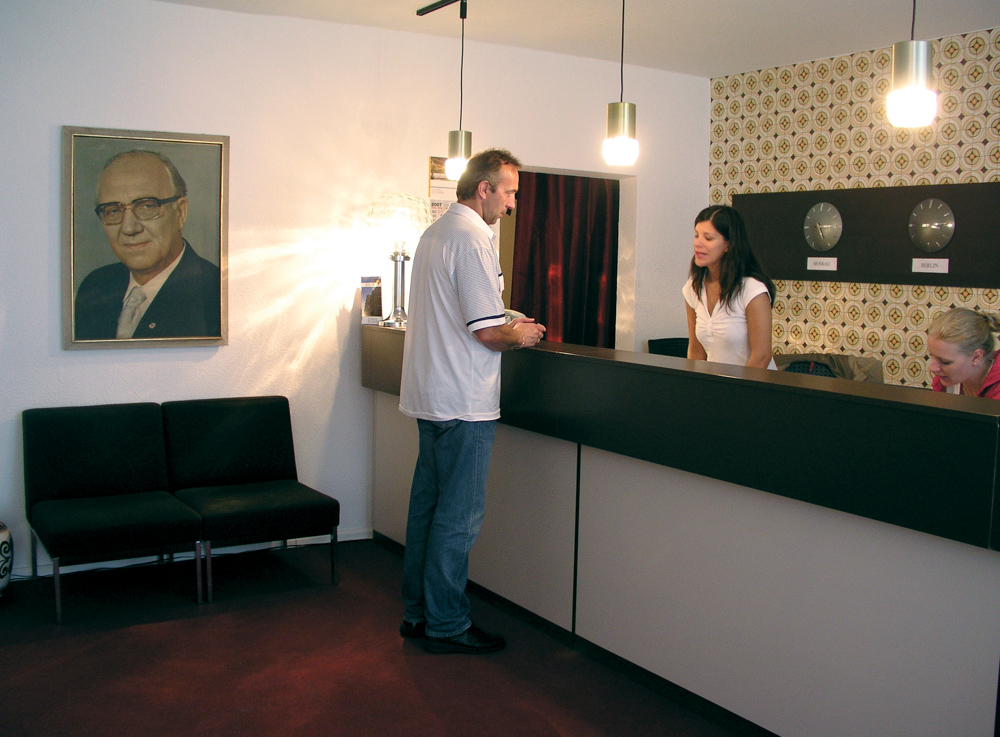 The Stasi Suite is the busiest room. Helbig says that older men, particularly those who lived well in the GDR, now visit with young girlfriends. However, few other visitors are from the old East Germany – perhaps understandably. But many tourists, around half, come from what used to be West Germany and the remaining guests are mostly American or Japanese.

However, it's not just aficionados of the Communist-era, or “alternative” holidays, who flock to the hotel. People come for practical reasons too. The most expensive room, the Stasi Suite, is 53 euros per night and a bed in the Pioneer Camp is just nine euros. Helbig and Sand are already planning to expand their business. Soon, Ostel hotels will appear in two other former Communist bastions in East Germany, Dresden and Leipzig.

What is the bad news? The hotel occupies only a part of the prefabricated block. Unfortunately, ordinary people still inhabit the other part of the building. Perhaps the thrill of the Communist lifestyle pales a little after a few years. 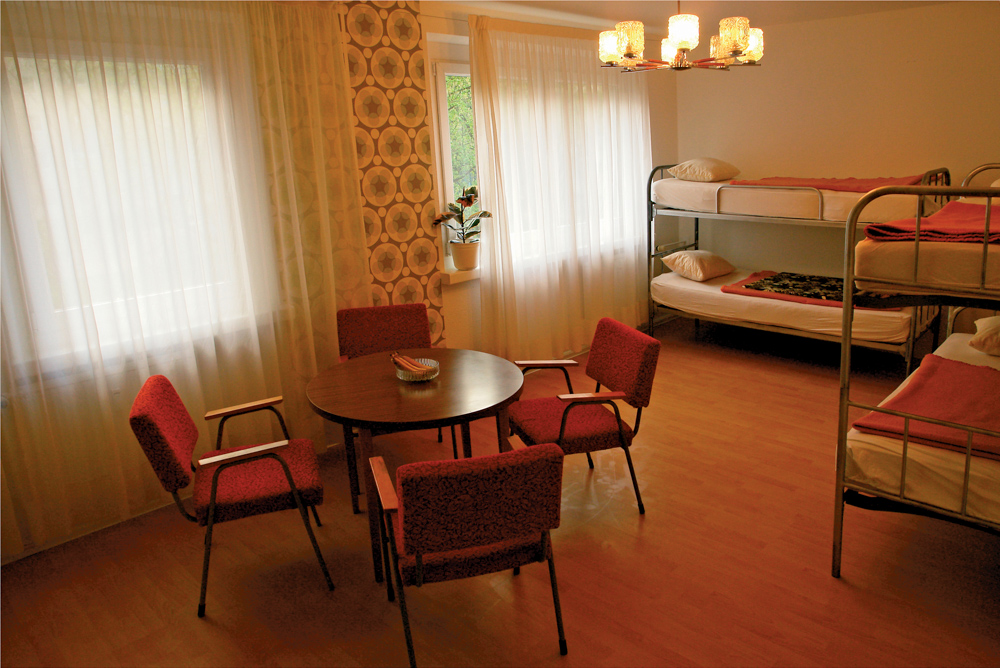