Even the most fascinating archaeological site is nothing more than an accumulation of stones if its history and contexts remain unknown. 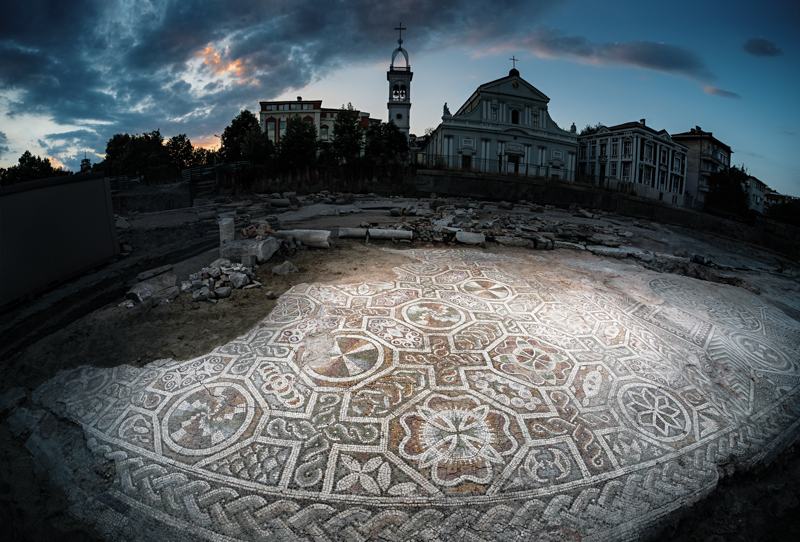 This May, for two days, historians, archaeologists, restorers and experts in other fields shared their findings and ideas about the Bishop's Basilica of Philippopolis at a scientific conference in Plovdiv.

The basilica in central Plovdiv is Bulgaria's largest Late Antiquity church. It was constructed over the remains of a pagan building and was in use between the 4th and the 6th centuries. The basilica's most memorable feature are its mosaic floors that cover more than 2,000 sq.m and feature more than 100 birds and intricate geometrical designs. In the 10th-13th centuries a large necropolis appeared over the remains of the basilica. It had a richly painted cemetery church. In the mid-19th century, the Plovdiv's Catholic St Ludwig Cathedral was built nearby.

The site was discovered in the early 1980s, but remained untended for more than 20 years. In 2015-2017, the basilica was thoroughly researched and excavated, and its mosaics and other decorative elements were conserved and restored. The works were initiated and sponsored by the America for Bulgaria Foundation, the Plovdiv Municipality and the Ministry of Culture. In 2019, when Plovdiv will become the European Capital of Culture, the Bishop's Basilica of Philippopolis will open as a major site to the general public.

The basilica’s fascinating marvellous mosaics, together with the nearby Small Basilica and an ancient mansion, both of which also have mosaic floors, were already approved on the UNESCO Tentative List. This is a significant step towards entering the organisation's famed World Heritage List.

The Plovdiv conference was a crucial part in understanding not only what the Bishop's Basilica was but also what was its role in society. It is a rare example for Bulgarian science where specialists of different fields engage in interdisciplinary approach, adding important context.

The basilica was built in the first decades after Christianity was legalised, in 313. It was grand and richly decorated with marble, reusing parts from the older pagan building and custom-made decorations. Murals covered some of its walls and richly embroidered curtains probably added glitter to the interior. The mosaic floors show influences by Constantinople art and craft tradition and, to a lesser extent, by the West. Most probably they were made by artisans from a local atelier, or ateliers. Two to four teams of artisans worked together on some parts of the floors.

The birds on the mosaics are of particular interest. An ornithology analysis of the 74 individual birds in the second layer in the central nave recognised both native species, like the guinea-fowl, the ring-necked pheasant and hens, and exotic animals like the Indian peafowl and the Alexandrine parakeet. Several theories explain this abundance. In early Christianity birds symbolised human souls seeking Christ, so they became a popular decorative motif. Birds, together with many others symbols, were used by generations of artisans spread via codexes of standardised images. The various clients would choose of them just like we buy stuff on Amazon today. In the Bishop's Basilica of Philippopolis, however, birds are depicted in a variety of poses, reflecting the species actual behaviour. The guinea-fowls comb themselves. The chukar partridge spreads its wings. The parrots "talk" to each other. Here is a possible explanation: the Philippopolis artisans had seen these birds in real life. It is possible that all those birds were the actual possession of someone in the city. Bird trade, including of exotic species, was huge in Roman times, as these were valued for both entertainment and food. 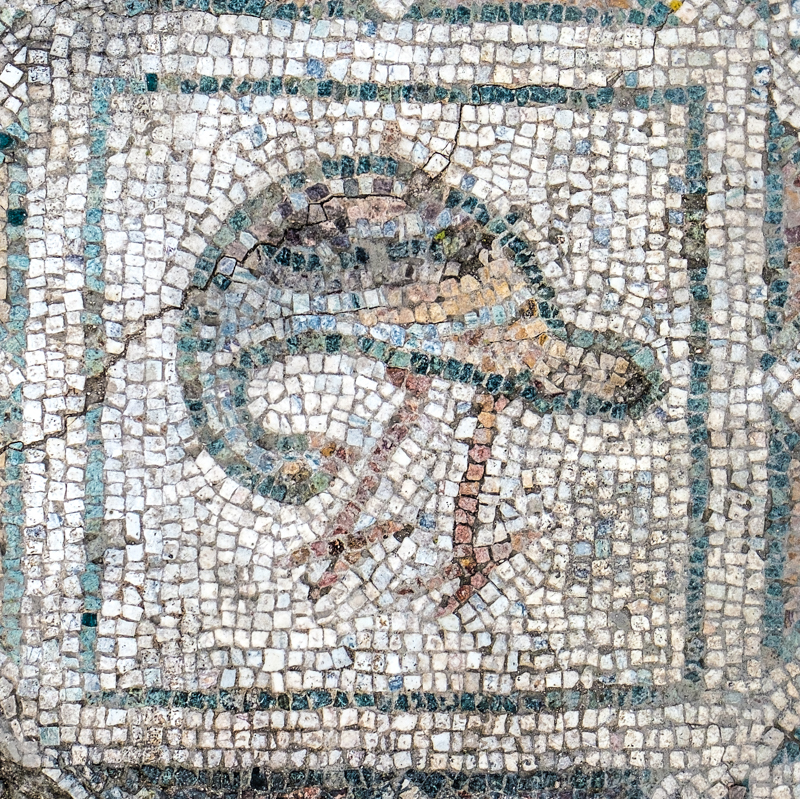 The archaeological analysis of the mediaeval layer of the site contributed to rewriting the established history of Plovdiv at the time. As the common line of thought goes, at the beginning of the 6th century the city, and the empire, was unable to protect itself from the never-ending Barbarian invasions. So people left their old houses in the plain and sought safety in the fortified hills. They abandoned the Bishop's Basilica and the area around it altogether.

Research, however, found traces of continuous presence in the basilica's ruins, in the 7th-10th centuries. Locals did not have the means to restore their church but still didn't move out altogether.

The analysis of 179 skeletons excavated from the site in 2016-2017 alone (the total exceeds 250) provides a snapshot picture of Plovdiv society between the end of the 10th and the 13th centuries. These people lived mostly peacefully. They lived slightly longer, were slightly taller, were generally healthier and enjoyed better healthcare than other communities in these lands. Several skeletons have signs of practices targeted to preventing the dead from rising as vampires. Some had their knees or ankles tied. The left foot of a young woman was cut off postmortem and was placed above the body of a child buried together with her.

A lot of questions about the Bishop's Basilica remain unanswered, bringing heat and excitement to the scientific debate. What was the pagan building below it? Did the basilica have two floors? How big was the atrium that spread along its western façade? How did it look? Was there a water fountain in it? If yes, how was it connected to the city's waterworks? Was the basilica built by Constantine the Great himself, the man who legalised Christianity and moved the capital to the shores of the Bosporus? Or was it a later emperor? Was the mosaic inscription by church's donor broken deliberately in order to obliterate his name for eternity?

These are just a sample. Unanswered questions are one of the best parts of science as they trigger debate and the flow of ideas. The conference findings will soon be published in a book, making available the information to both professionals and the general public in and outside Bulgaria. 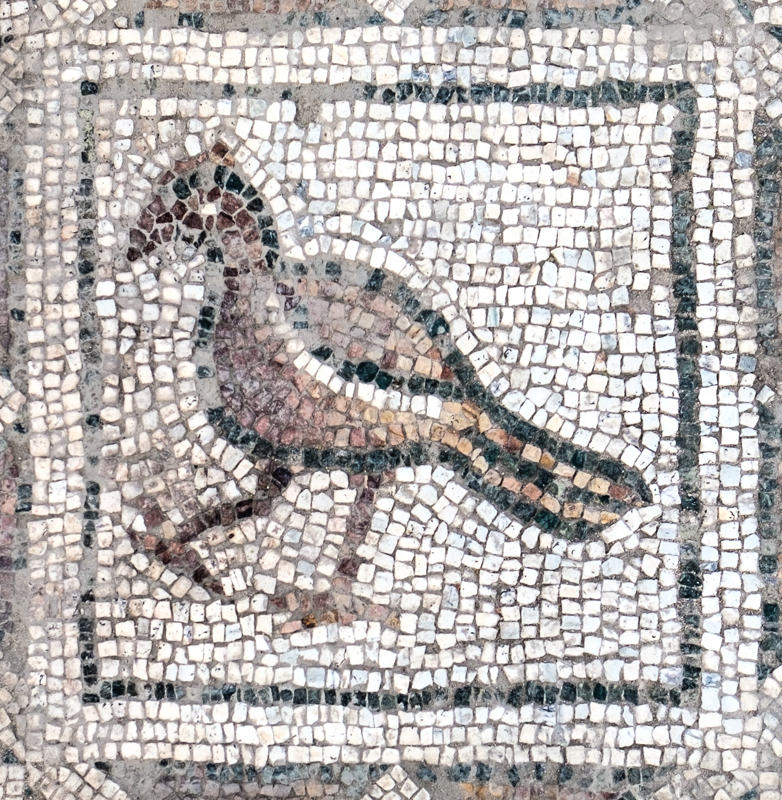 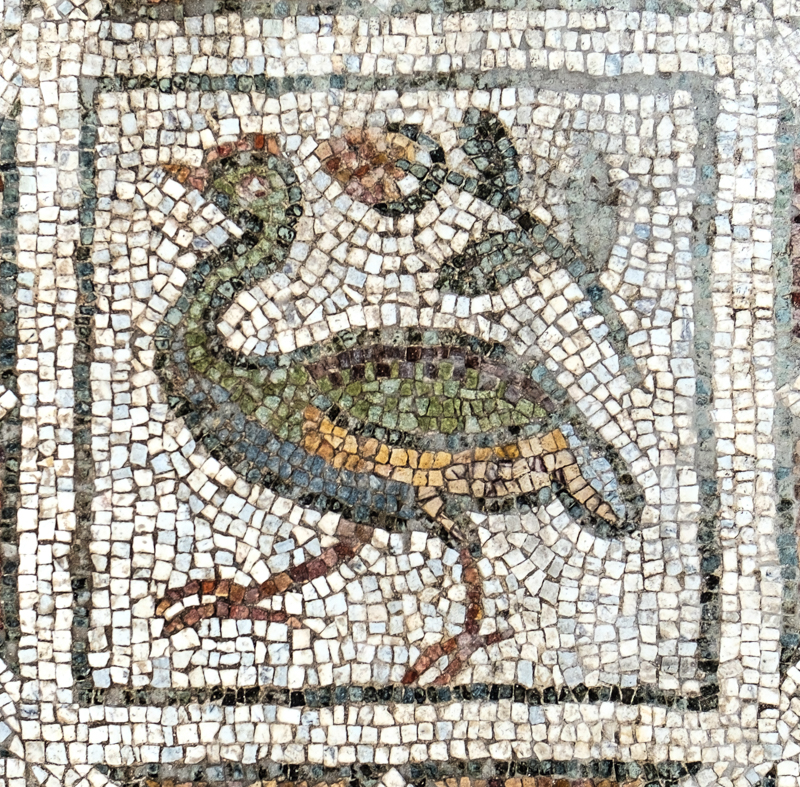