Bulgarian preoccupation with the past, its supposed symbols, emblems and monuments can sometimes reach comic dimensions, as illustrated by the bizarre case of a jazz singer, Ruth Koleva, who had a glossy magazine photoshoot near the town of Perushtitsa, in southern Bulgaria. 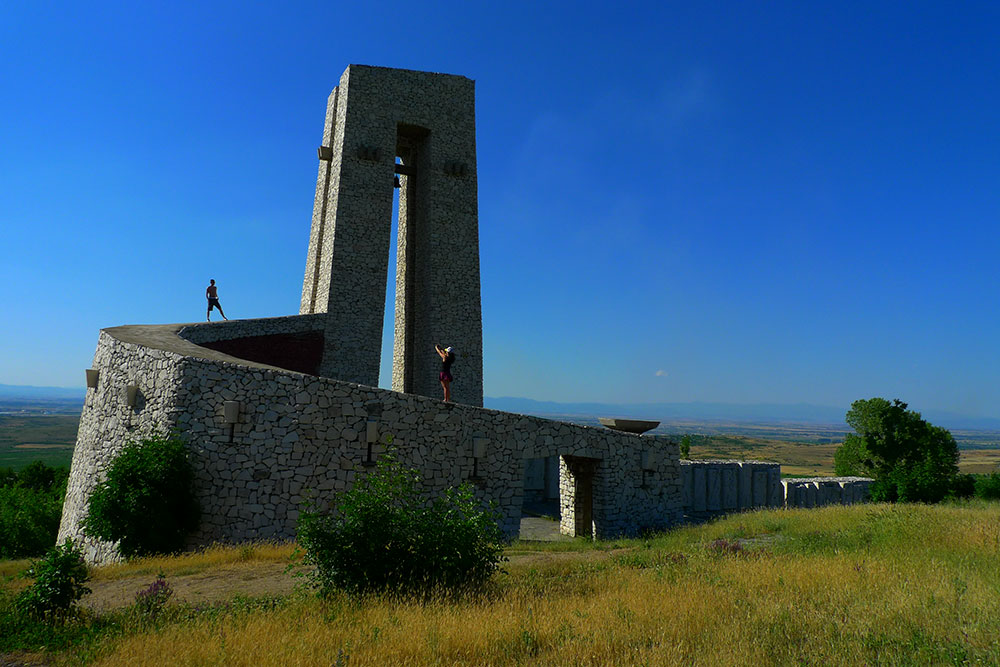 Many people climb over the Three Generations monument to have their photo taken there. So far, few have offended "patriotic" feelings. Photography by Anthony Georgieff

Perushtitsa, now a small and offbeat town rarely visited by tourists, is known to every Bulgarian as the sight of a massacre in the failed April 1876 Uprising against the Ottomans. Thirty-two-year-old Ruth Koleva is a notorious jazz, soul and R&B singer who recently signed up with Warner Music. She spends most of her time outside Bulgaria where she has excellent career opportunities.

The controversial photoshoot was done at a long-abandoned Communist-era compound on the outskirts of Perushtitsa known as the Three Generations monument. Characteristically, the Communist propagandists at the time tried to represent themselves as somehow ideologically related to A/ the participants in the failed September 1923 rebellion, supported by the USSR, and B/ the struggle for national liberation in the late 19th century, which had nothing to do with the USSR because the USSR – or Communism as such – did not exist at the time. Generations of Bulgarians have had that idea of spiritual continuity thrust down their throats.

Pun unintended, Bulgaria abounds in abandoned Communist-era monuments of all shapes and sizes, and few, if anyone, care about them. Not in Perushtitsa, apparently. 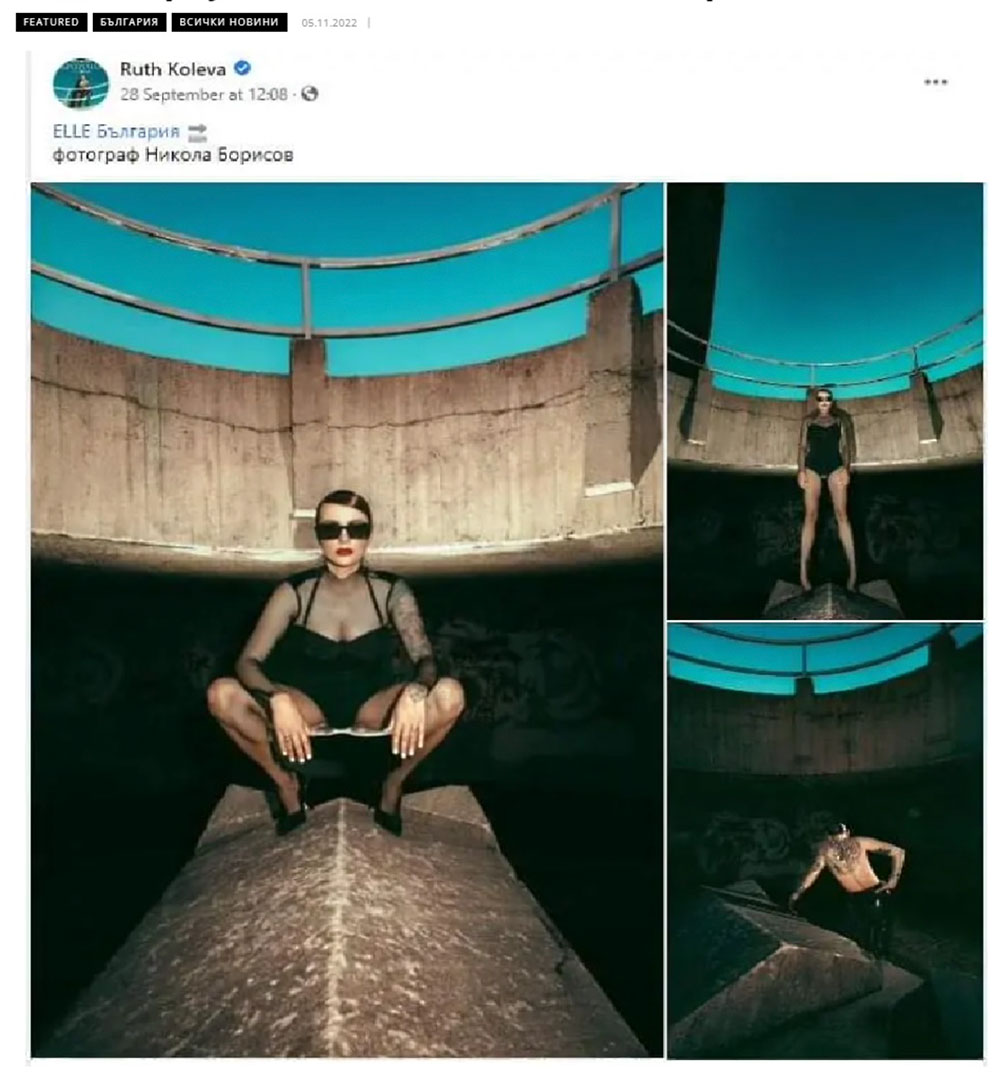 Eagle-eyed Maria Valkanova, the local mayor (elected on the ticket of Boyko Borisov's GERB), was quick to take the opportunity to pour some water into the Bulgarian nationalist mill. Enraged, she filed a complaint with the state prosecution service, claiming Koleva's photoshoot was "an affront to all citizens of Perushtitsa and to the whole nation. In addition, it involved violating public order." Valkanova did admit the monument was in "worse shape than we would have wished" because no one had cared for it for years.

It was not immediately clear what laws taking pictures at an abandoned pile of stones might have broken, but a regional prosecutor in nearby Plovdiv, Chavdar Groshev, was quick to announce a full-scale investigation of the "incident" was being put in motion. "We will interrogate the operators in the photoshoot as well as the mayor of Perushtitsa, we will see whether there was an act of hooliganism, what the monument is, whether it is maintained and what access there is to it," the prosecutor announced, adding he expects the investigation to be completed within a month. 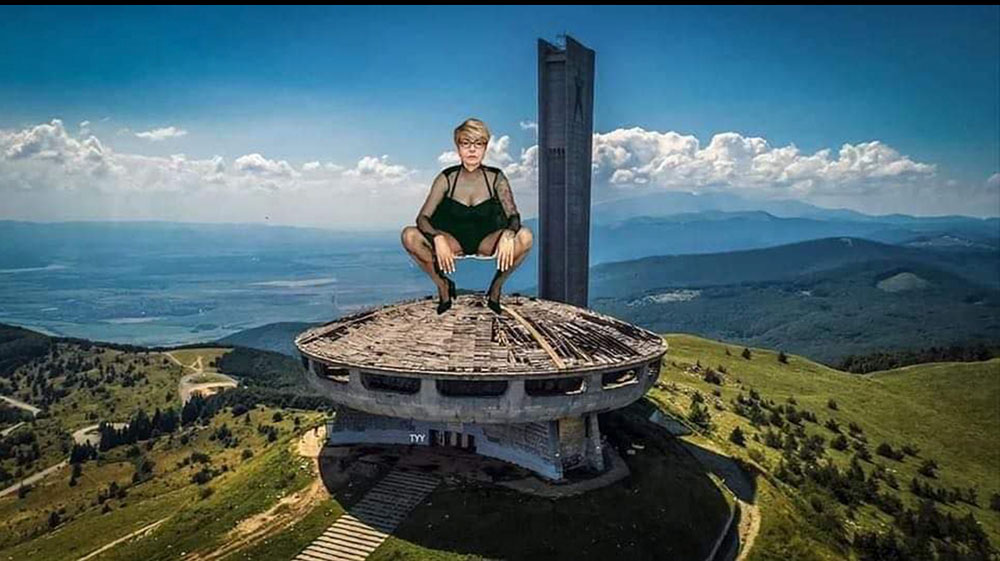 Ruth Koleva responded she never intended to offend anyone, especially as her great-great-grandfather had been a Bulgarian volunteer at the anti-Ottoman battle at Shipka, in 1877.

In the meantime, Bulgarians found yet another division line to quarrel about. Some, considering themselves to be "conservative," pronounced the photoshoot an act of desecration of holy history. Others put into circulation a collage picturing... Russian Ambassador Eleonora Mitrofanova, clad in a diaphanous bodice, squatting on top of another controversial monument in Bulgaria, the so-called Party Memorial House at the summit of Buzludzha. It is widely known as the Flying Saucer.