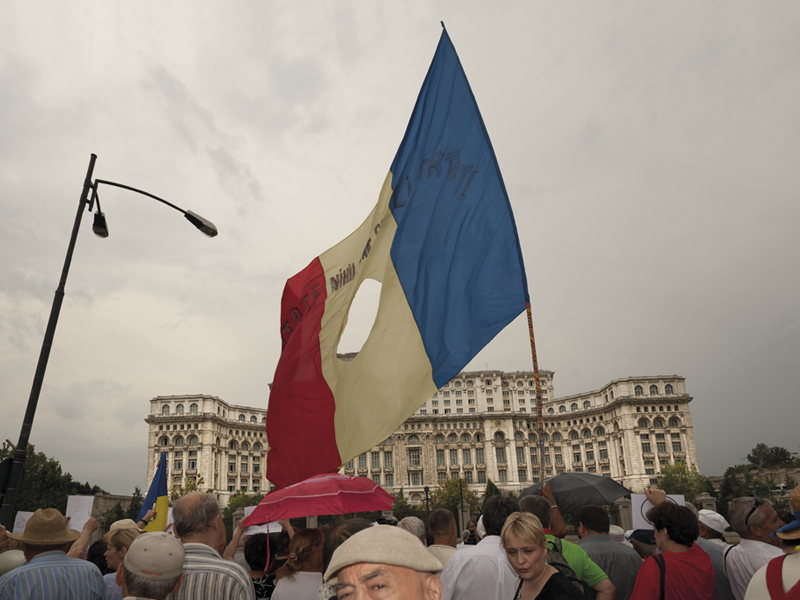 It is the second largest building after the Pentagon, its volume is comparable to that of the Great Pyramid at Giza and it is less than a day's trip from Sofia: in Bucharest, the capital of Romania.

Standing at the top of a hill, the Palace of the Parliament is the city's most memorable attraction, a construction of concrete 270 m long, 240 m wide, 86 m high, and with underground structures believed to reach a depth of 92 m. The sheer size of this mammoth of a building is probably the least exciting thing about it, however, as the story of the Palace of the Parliament is much more fascinating.

It began as did the Great Pyramid or the Palace of Versailles – with the wish of a undisputed ruler to build something bigger or glitzier than anything the world had ever seen. The man obsessed with both paranoia and megalomania was the Romanian Communist dictator Nicolae Ceaușescu who wanted a grandiose and extravagant palace from which to rule over the Socialist Republic of Romania. 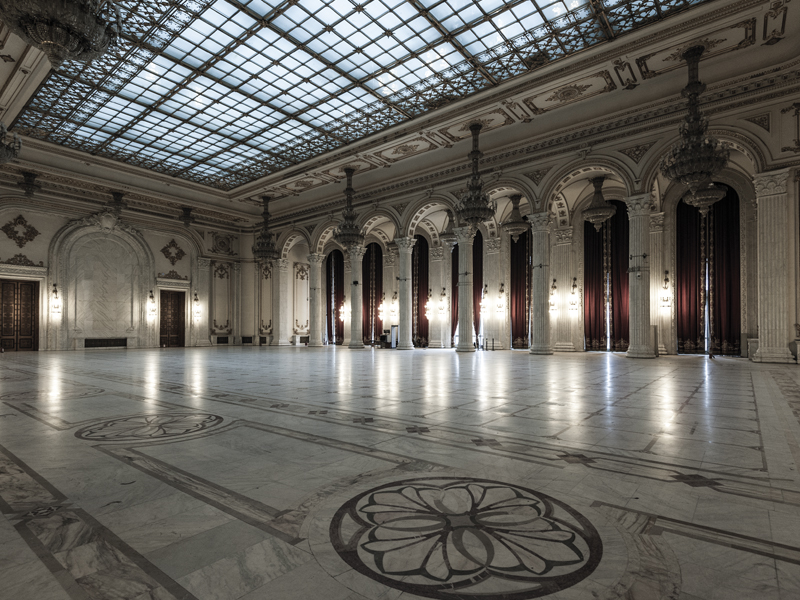 Most of the materials used for the building, including the marble, were sourced from Romania. At the time of the construction, Ceaușescu has put his country in a rigid austerity mode because he wanted to repay its foreign debts

Ceaușescu was a strange bird, even for a dictator. Born in 1918 and hardly educated, he rose in the ranks of the Romanian Communist Party and became its leader and the head of Romania in 1965. Soon after he took power, he distanced himself from the USSR, famously not sending troops for the repression of the Prague Spring in 1968. This made him the darling of the West, who saw him as the "good guy" among the rulers of the Eastern bloc. In the 1970s, Ceaușescu borrowed lavish amounts of foreign money, restricted the relative freedom that Romanians had had in the previous decade and was genuinely inspired by the North Korean leader Kim Il-sung and his almost religious personality cult.

By the end of the 1970s, Romania was heavily in debt. To repay it, Ceaușescu started an austerity programme, which ended the times of relative wellbeing for ordinary Romanians and led to food shortages throughout the country.

Debt or no debt, Ceaușescu wanted a new place to live, regardless of the cost. According to an urban myth, his first choice of new residence was the turn-of-the-century Peleș Castle in the Carpathian mountains. When the managers became aware of his plans, they were so scared that Ceaușescu would ruin the exquisite interiors of the palace that they started the rumour that Peleș was haunted. Ceaușescu was apparently afraid of ghosts, and changed his mind. 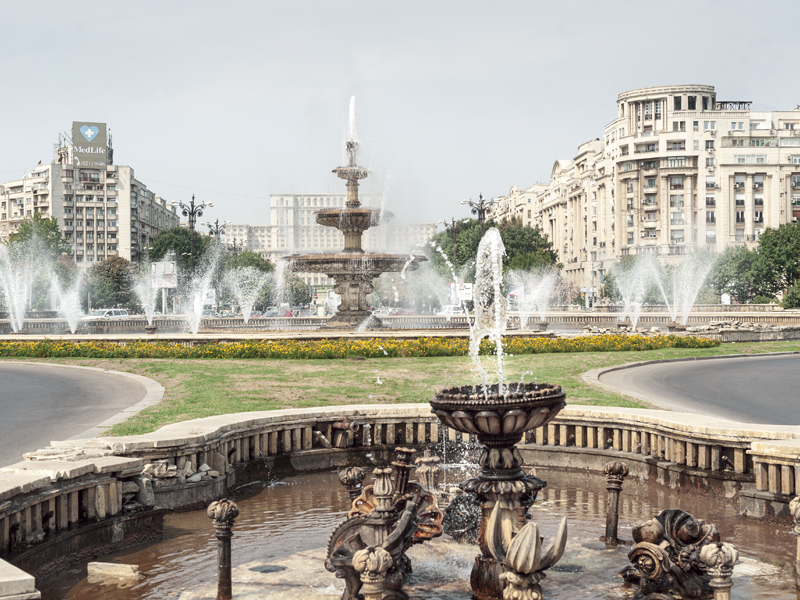 Ceaușescu ordered the construction of a grand avenue leading to the palace, with proportions dwarfing those of its prototype, the Champs-Élysées

Instead, he decided to have a completely new home. A national competition was held, and the project of 28-year-old architect Anca Petrescu won. Construction began in 1983-1984, on the top of a hill in the historic centre of Bucharest. To clear the space, 19 Orthodox and three Protestant churches, six synagogues and about 30,000 houses were demolished. Eight churches survived demolition, as they were moved elsewhere. The area around was also remodelled – the majestic Victory of Socialism Boulevard was constructed. At 3.5 km long, it was seen by Ceaușescu as the Romanian answer to Paris's Avenue des Champs-Elysées, which is only 1.7 km long.

The construction of the palace was a gargantuan endeavour – 700 architects and 20,000 workers toiled at the site, on round-the-clock shifts. All of the materials were sourced from Romania, including the marble and the wood, as a symbol of the self-sufficiency of the nation under the rule of Comrade Ceaușescu. The carpets which covered the enormous halls were so large that they were woven in situ, some by Romanian nuns. Most of the people did not get paid, as propaganda presented the construction of the palace as the gift of the grateful Romanian people to their leader.

The building has 12 stories and a 100-metre lobby, but even today some details of the structure are clouded in mystery. For example, different sources count the rooms in the palace as 1,000, or 1,100, or 3,000. The underground levels have a nuclear bunker and are rumoured to contain an underground rail system. 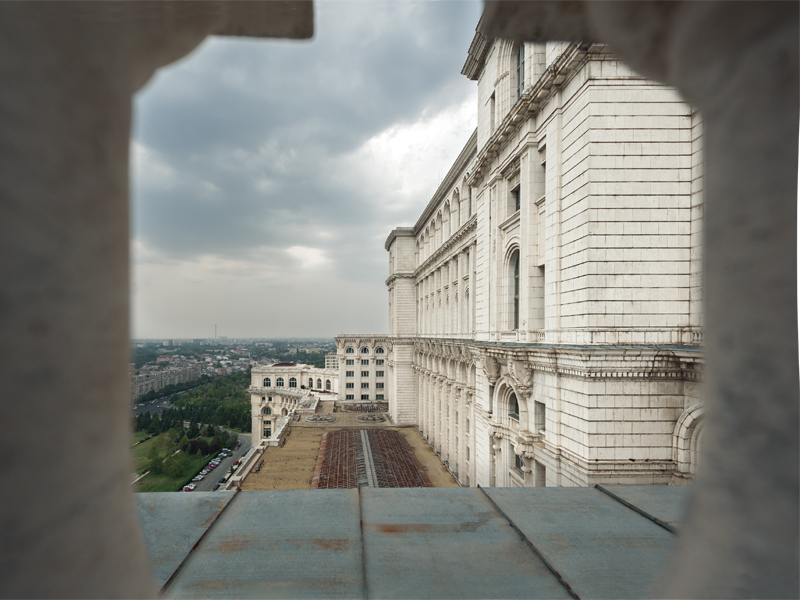 Ceaușescu himself oversaw the construction, making the lives of everyone around a nightmare. A grand staircase, for example, had to be rebuilt several times, as the steps were either too high or too low to allow the diminutive dictator to descend in a properly regal manner.

By December 1989 the palace was largely unfinished, but several reception and conference halls were ready, together with a gallery of art dedicated to the dictator, including a portrait of him as the embodiment of the world. There was also a 2.5-tonne crystal chandelier.

The time of the dictator was running out. In December 1989, the Romanians rebelled, the situation quickly got out of control and, after a failed attempt to flee, Ceaușescu and his wife Elena were captured, tried and executed, on 25 December. The footage of their death was broadcast, again and again, on national TV, to assure the people that the man who had left them to starve was finally dead. 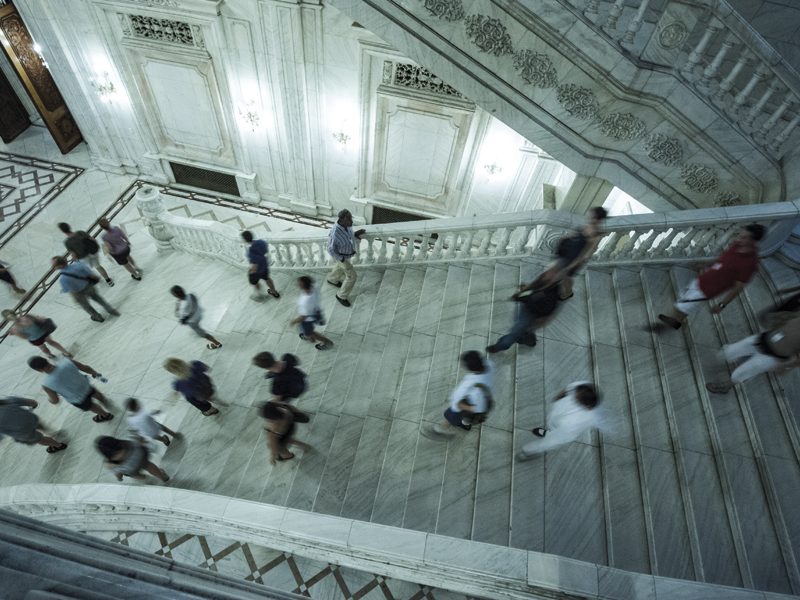 Stairway of troubles: Ceaușescu had this staircase rebuilt several times, to fit his small stature. In his dreams, the dictator envisioned himself and his wife, Elena, descending from the stairs in order to meet some awed dignitaries, looking regally. The Ceaușescu's never used the stairs as planned

His grandest project, the palace, was immediately recognised as the symbol of his oppressive regime, and in the following months people stormed it, and many of them demanded its destruction. In 1996, however, the two chambers of the Romanian Parliament moved into the premises, and the halted construction recommenced. In 2004, a wing was given to the National Museum of Contemporary Art. The Victory of Socialism Boulevard now has a new name – Unirii, or Unity.

Today, tourists can visit the palace on guided tours. The standard tour covers the inside of the building, and the extended one brings you also to the roof, for a view over Bucharest.

The palace, however, still has its contradictions. Maintenance is a nightmare – the building consumes more electricity and heat than a mid-size town. Many Romanians are not happy with the strict security and the high fences surrounding it, which create the feeling that people who make the laws want to distance themselves from ordinary citizens. Some of the fiercest critics have even suggested that the parliament move somewhere else and the palace could become a shopping and entertainment zone.

There are also the ghost stories. Ceaușescu might have built the palace as a replacement for the "haunted" Peleș, but his own creation is now said to be inhabited by the spectres of one Stefan, who was immured in one of the walls, and of young Anna, who fell to her death and is now reported to be lurking in the empty corridors, wearing a floral dress. 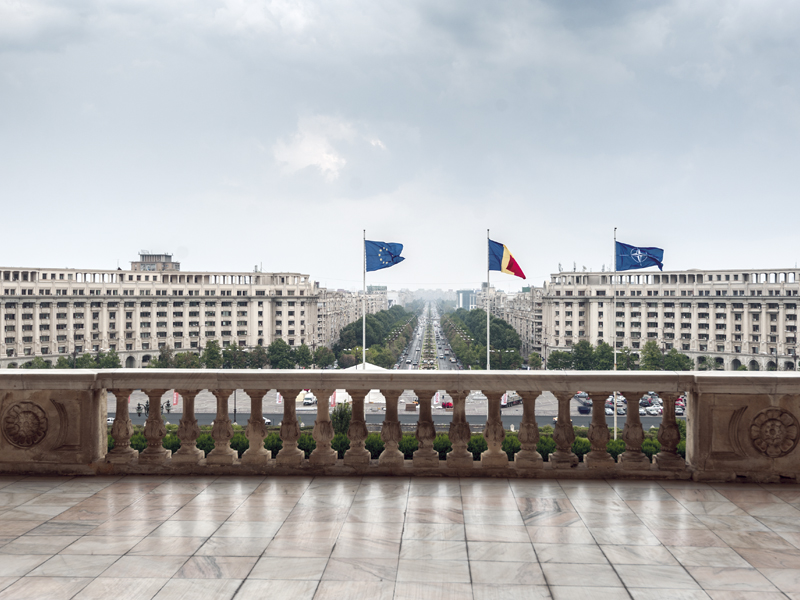 The Unirii Boulevard seen from the big terrace of the palace 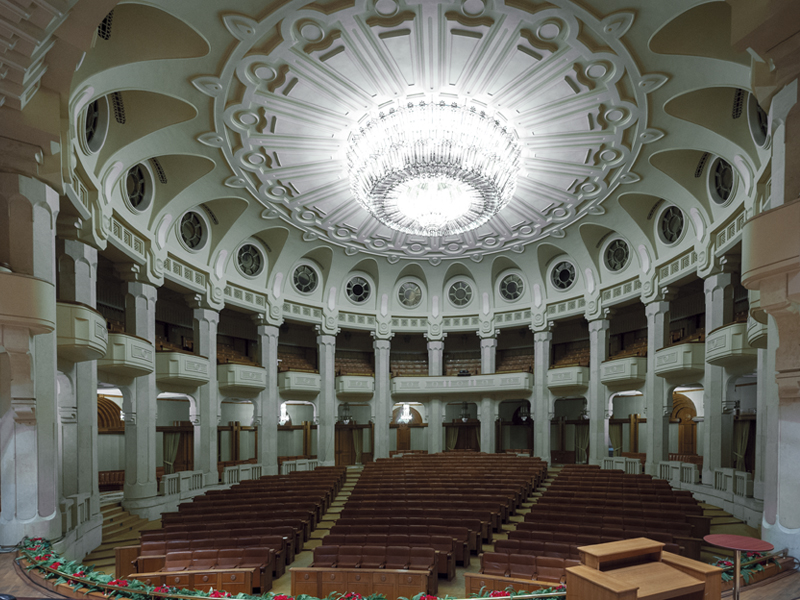 One of the meeting halls which were finished before the dictator was toppled, in December 1989 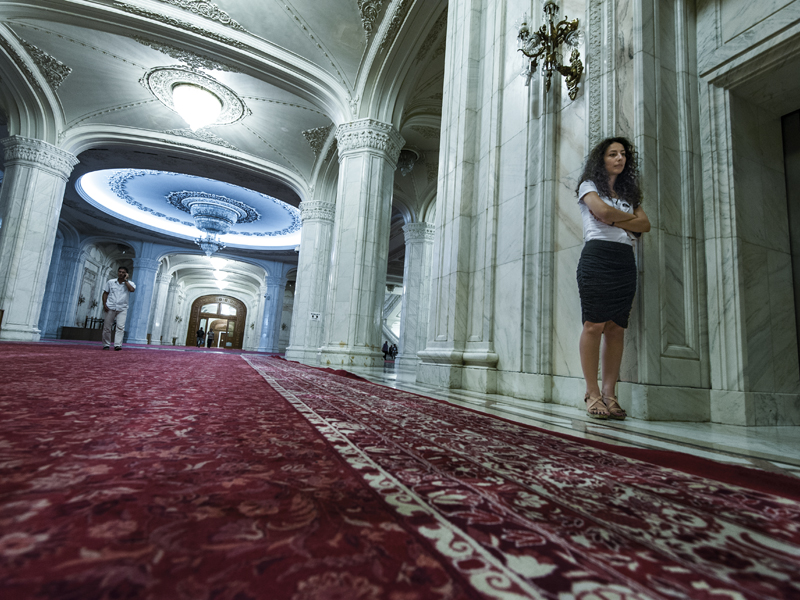 Visiting is possible, but only as part of a group 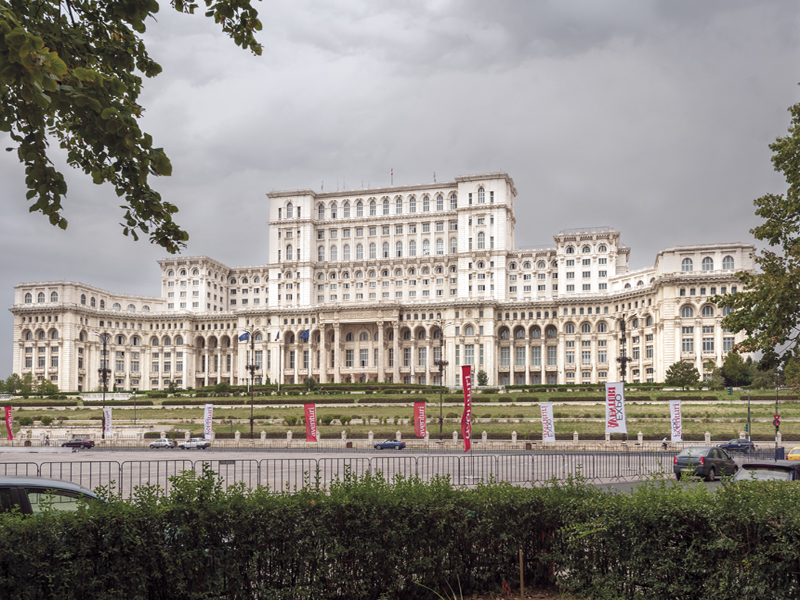