Major landmark of gods and goods 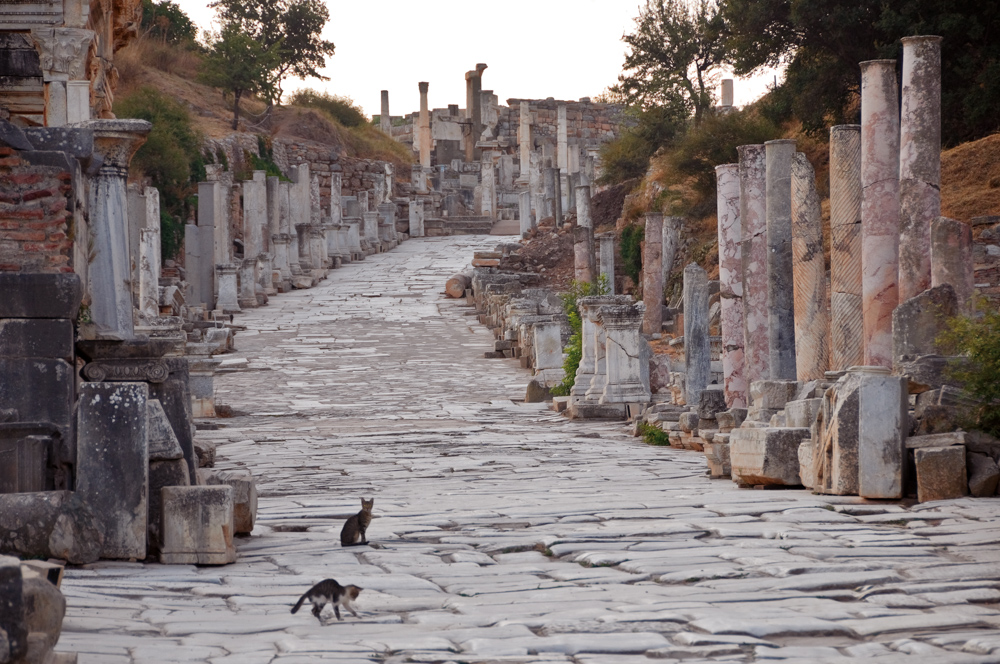 The best way to enjoy in (relative) solitude Ephesus, one of the cultural, archaeological and tourism gems of Turkey, is to come in autumn. In the summer, the crowds can get a little overwhelming. They pour in from opening to closing times, busload after busload after busload of organised tours. They queue to be photographed sitting on the ancient Roman public lavatory.

They gaze at the Celsus Library and at the colossal theatre, they flock around the famous Nike relief and the Temple of Hadrian. Then complain about the heat and the overcrowding, and laugh at the reenactment of gladiator fights by local actors dressed in fake ancient costumes. Independent travellers are also to be found, doing basically the same plus sneering at their organised peers.

It is easy to understand why Ephesus is so popular. Only 15 percent of the city, which in Antiquity was second only to Rome in magnificence and size, has been excavated. Even these remains, however, are a feast for the eyes and the imagination. The exquisite columns, porticoes and façades of temples and public baths, the sheer size of the library, which once housed 12,000 scrolls, and of the theatre with seating for 44,000 spectators are impressive. There are also the less grandiose, but still hugely entertaining remains that shed light on people's everyday life, like the said public lavatory and the famous street sign showing the way to the nearest brothel.

Ephesus also owes its appeal to its close proximity to the Adnan Menderes International Airport and to Kuşadası, one of Turkey's major Med resorts. 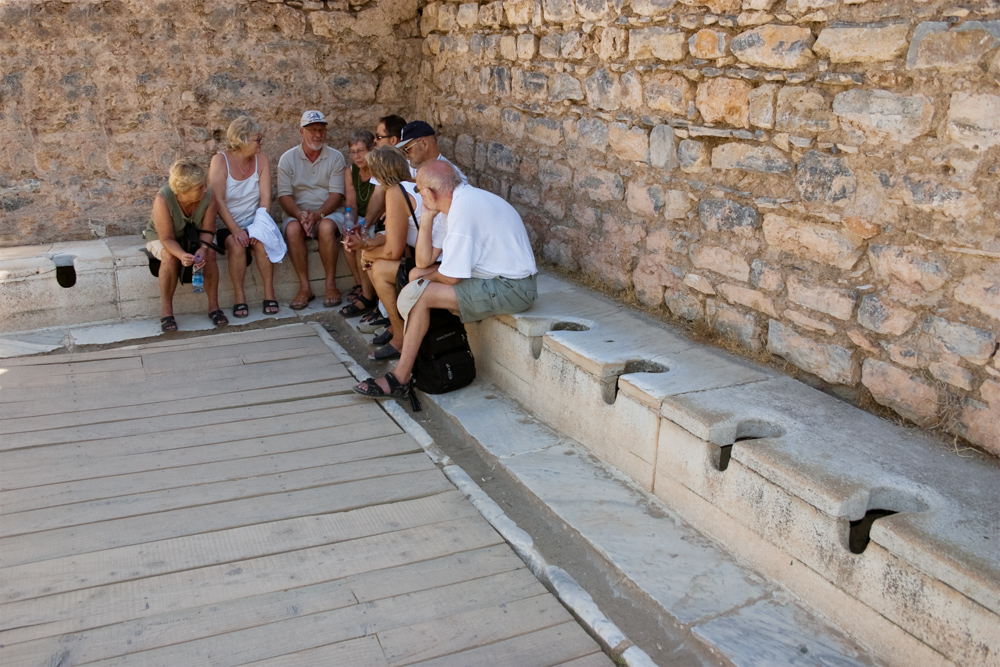 In a way, however, the crowds in Ephesus help you to visualise how the city was in its full ancient glory. Historians claim that in its heyday Ephesus had 250,000 inhabitants, a true megapolis of the time.

From its founding in the 10th Century BC to its abandonment in the 15th Century, Ephesus had two main sources of income.

One was trade. The city was on the border between the Mediterranean and Asia Minor, syphoning off a great deal of the goods and people who travelled back and forth on the ancient Silk Road. Consequently, Ephesus attracted numerous empires and rulers, including King Croesus, the Persians and the Romans.

The second was religion. Ancient Ephesus was home to one of Antiquity's greatest shrines, the Temple of Artemis. The temple gained fame as one of the Seven Wonders of the World in the 6th Century BC, when Croesus himself funded the construction of a magnificent structure 115 metres long and 46 metres wide. It was so impressive that, according to an eyewitness, it "mounted to the clouds" and caused the other "wonders" to "lose their brilliancy." It was burned to ashes in 356 BC by one Herostrates for the sole reason that he wanted to make sure he wouldn't go down in history without his 15 minutes of fame. 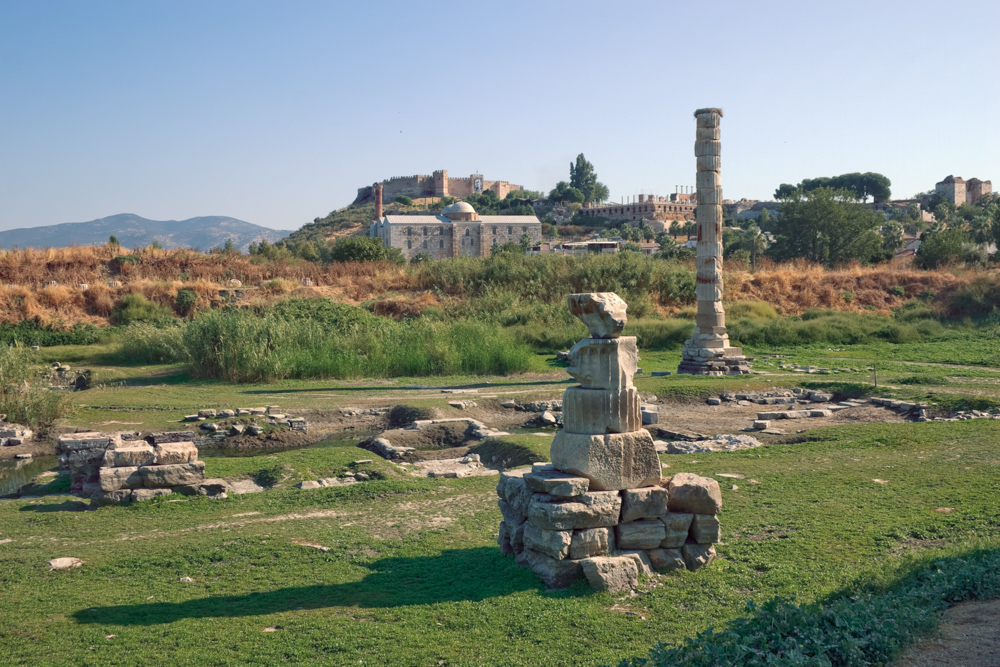 The cult of Artemis was so strong that a new and even larger temple replaced the original. It was 137 metres long and 69 metres wide and had 129 columns. It was destroyed in the Goth invasion of 268 AD and never rebuilt. Its remains were scattered all over the world, from Hagia Sophia in Constantinople to the British Museum in London.

The Goth invasion marked the beginning of the gradual decline of Ephesus. Religion was there to stay, only in a different form, that of Christianity. 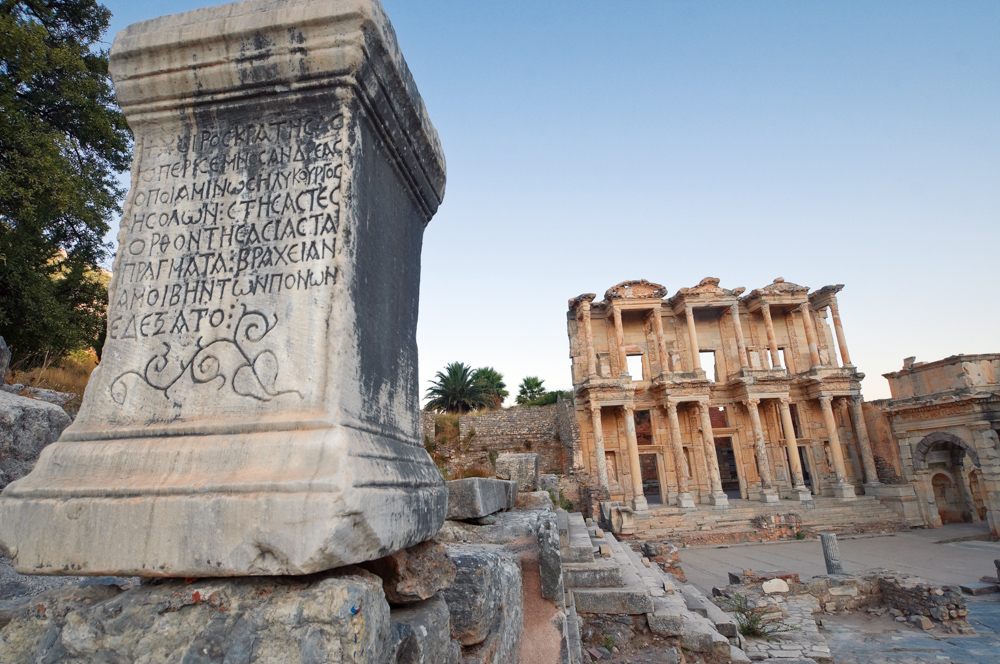 The Christian community of Ephesus is among the earliest in history. Apostle Paul addressed an epistle to it and St John the Evangelist mentioned it in Revelations. In the 6th Century, a grand basilica was built on a hill by the city, where St John was supposedly buried. Unsurprisingly, the basilica is only metres away from the site of the ancient Temple of Artemis and the exquisite Isa Bey mosque, built by the Seljuks in 1375, shortly after they conquered the region.

Ephesus also entered into Christian apocrypha. It is the background for the legend of the Seven Sleepers, young Christians who escaped persecution in 3rd Century Ephesus and hid in a cave nearby, where they fell asleep. When they awoke and emerged from the cave, they discovered that they had slept for two centuries and that Christianity was now the official religion. They very soon died, praying, in front of the astonished bishop of Ephesus. Their grotto is now on the tourist trail. 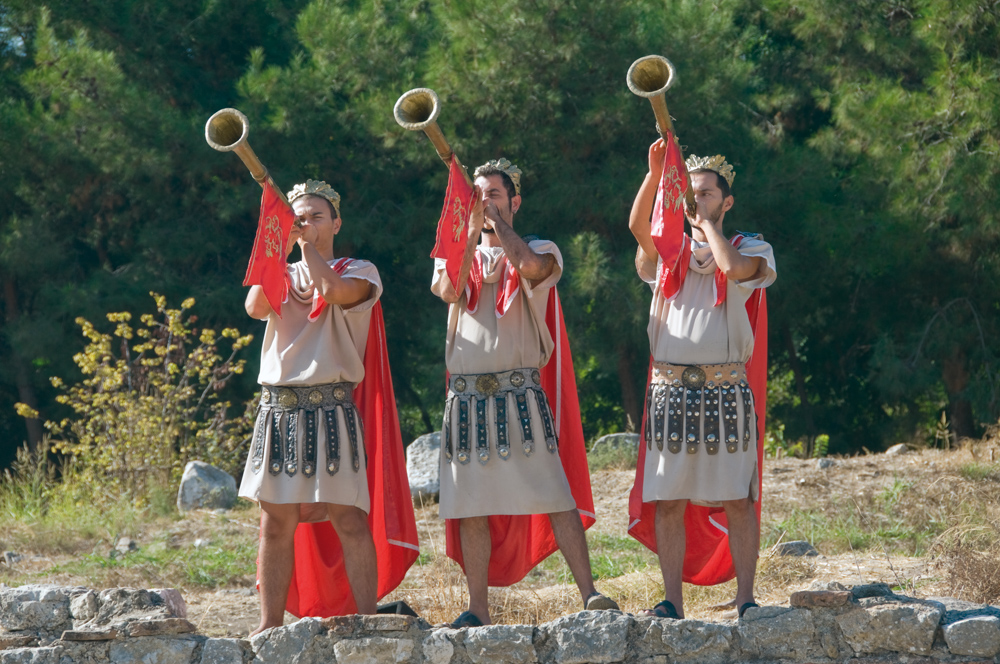 Fun for the tourists

Trade – unless you count the souvenir sellers – departed from Ephesus long ago. The mouth of the Küçük Menderes River started silting up as early as Antiquity, forcing the city to crawl seawards on the newly-formed land. By the Middle Ages, however, the city could no longer compete with the forces of nature. The ancient megapolis turned into a village, and after some time even the village was abandoned. Its inhabitants moved to the newly-formed little town around the hill with the basilica of St John, now known as Selçuk.

There are few visitors to the St John Basilica and the Isa Bey mosque, and even fewer to the marshy ground where the only column surviving from the wondrous Temple of Artemis now stands. 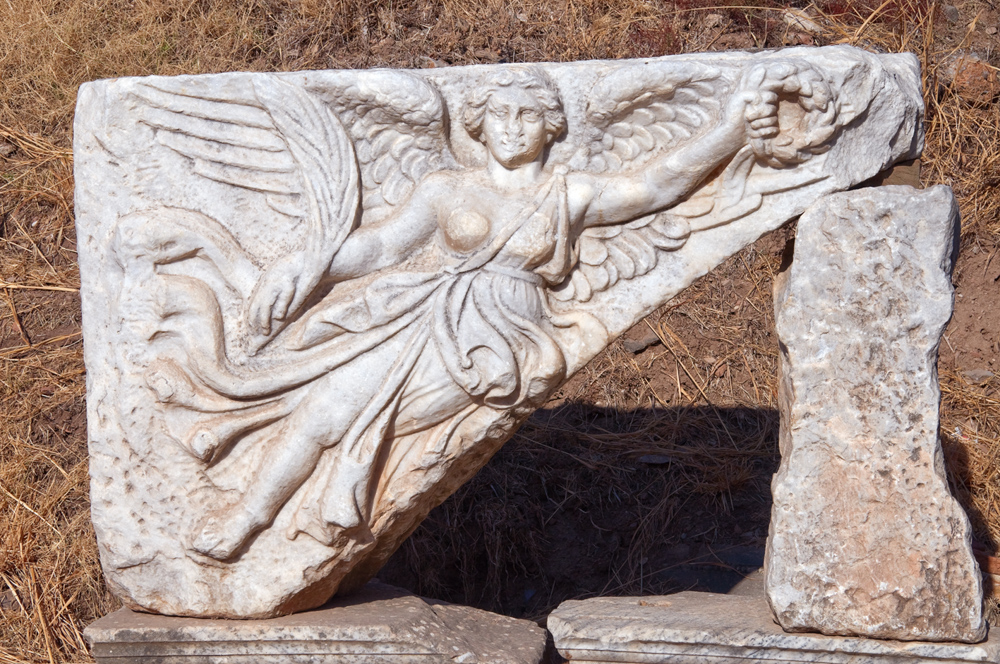 Pilgrims now flock to the quiet shady garden of an ancient house on the slopes of a mountain several kilometres away from Selçuk. In this building the Virgin Mary supposedly spent the last days of her life before ascending into heaven. The building was "identified" as this location in 1881, when a believer followed the description given in a mystical vision received by the German Anne Catherine Emmerich a century earlier. 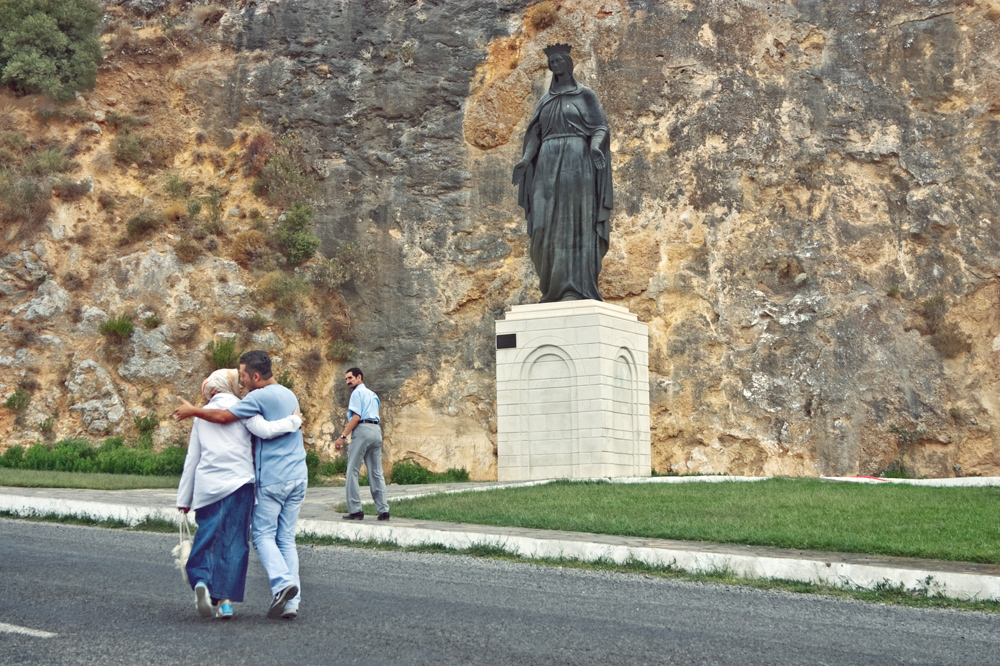 The building does date from Antiquity, but its connection with the Virgin Mary has never been proved scientifically. This has not stopped it from becoming a shrine, where believers and curious visitors can pray, light a candle, write their most cherished wishes on a scrap of paper and leave it there, with the hope that their desires will be fulfilled.