Millennia-old history, amazing cityscape and a vital spirit: this is a city we cannot live without 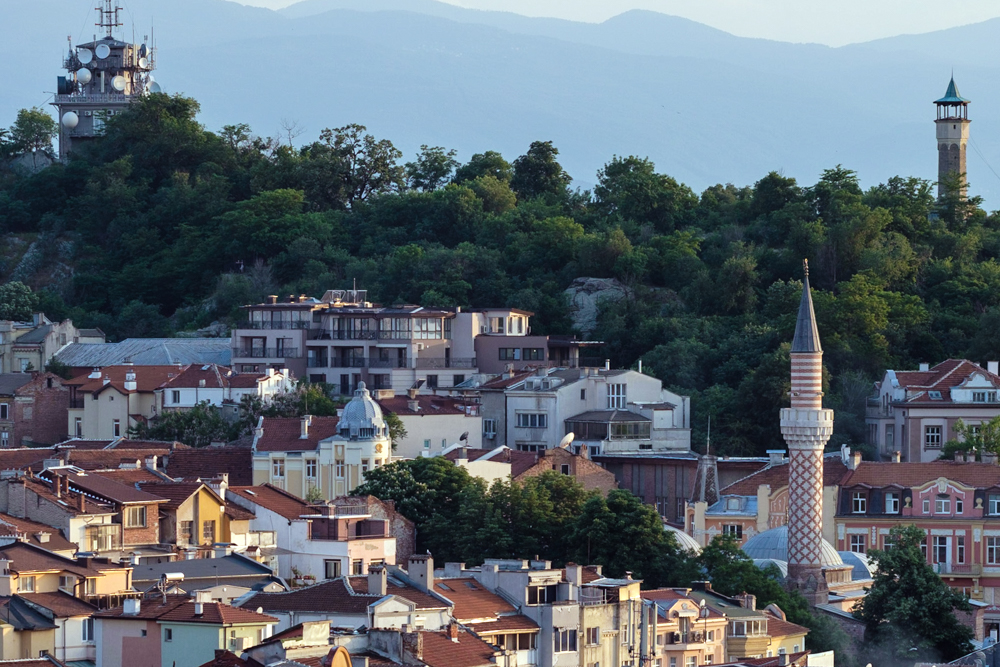 When talking about a city that epitomises Bulgaria and stays in the heart with its scapes, atmosphere, history, and people, Plovdiv always wins hands down. Located on its emblematic hills by the River Maritsa, Plovdiv is the result of the meeting of different people, civilisations and cultures through the millennia, an inimitable combination of antiquity and modernity that we are happy to rediscover with each new visit.

Plovdiv's Old Town is the epicentre of all this. The picturesque Revival Period mansions and churches scattered around the cobbled streets on the three hills appeared in the 18th-19th centuries. The carefully restored glory of the so-called Plovdiv Baroque architectural style immerse us in the romantic atmosphere of times long-gone. But under the bright façades of the beautiful mansions and the richly painted churches is hidden much more. Here and there in the Old City still stand the strong walls of medieval and ancient fortifications built in the times when Plovdiv's citadel stood on the three hills. Commanding a vista of the magnificent Rhodope mountains and the vast Upper Thracian Valley, white under the bright Plovdiv sun, elegant with its marble columns, the ancient theatre tells another story. In the centuries when Plovdiv was a part of the Roman Empire, citizens would gather there to watch spectacles, sometimes even in the presence of the emperor himself. 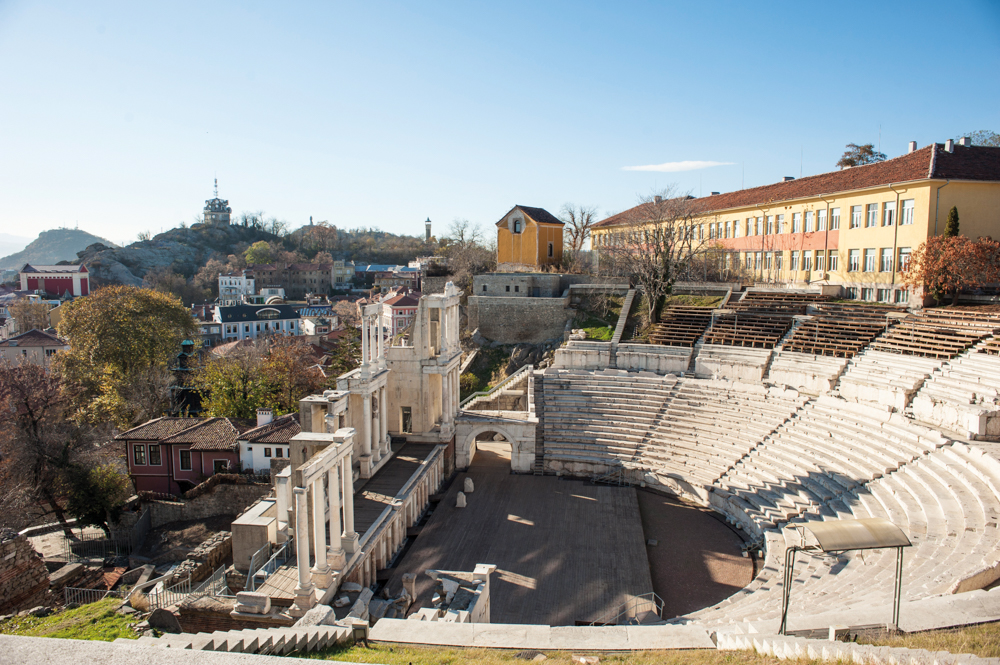 The inimitable mosaic of historical sites in Plovdiv stretches as well at the foot of the Old Town. The picturesque Cuma Mosque and the excellently restored part of the ancient Roman stadium are surrounded by the colourful façades of elegant turn-of-the-century buildings.

The walk along the Main Street towards the Maritsa leads to Kapana, the charming creative industries quarter. In the past few years it has become a magnet for citizens and visitors of Plovdiv who just cannot get enough of its intriguing graffiti, cosy cafés, little shops and art galleries, restaurants and bars offering craft beer, author's cuisine and excellent wines.

With each passing year Plovdiv continues to add new interesting places on the map of its must-see sites. The Bishop's Basilica of Philippopolis and the Small Basilica are among them: two early-Christian churches that stun with their marvellous mosaics.

At each step and corner Plovdiv enchants with the wealth of details and stories awaiting to be discovered. Hidden under two lines of tall trees, Ivan Vazov Street brings together old tobacco warehouses and elegant mansions built for the foreign diplomatic missions in Plovdiv. On Sahat Tepe hill we discover an old Ottoman clocktower, some houses in the modernist style and the neo-Gothic Evangelical Church, built by one of the oldest Protestant communities in Bulgaria. The emblematic Bunardzhik Hill stands out not only with its famed monument to the Red Army, called Alyosha, that offers marvellous vistas, but also for its nice park where it is a pleasure to walk and relax from the city noise.

Plovdiv's museums and galleries are an opportunity to learn more about the city's past and art. The Archaeology Museum reveals the millennia-old history of Eumolpia-Pulpudeva-Philippopolis-Paldin-Plovdiv. Located in a picturesque Revival Period mansion, the Ethnography Museum takes us back to the 19th century and the nearby Hippocrates Old Pharmacy charms with its smell of herbs and the ostensible chaos of pharmaceutical vials, scales, drawers. The paintings by Zlatyu Boyadzhiev, exhibited in a dedicated art gallery, amaze with their colours and compositions, while an ancient public bath now houses an intriguing contemporary art gallery. 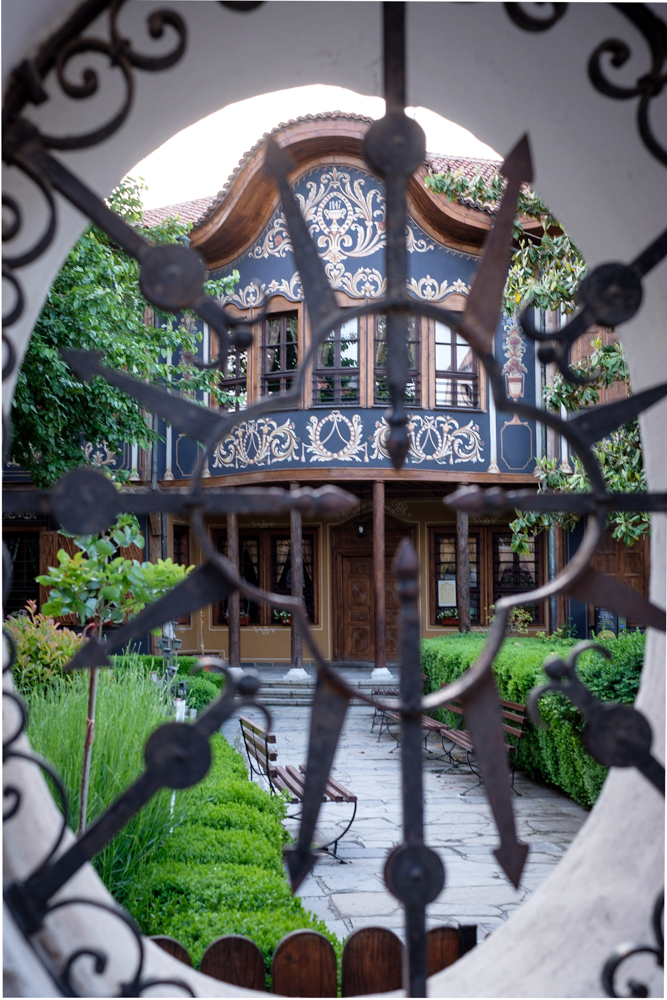 All of this considered, it is hardly a surprise that in 2019 Plovdiv was the European Capital of Culture.

One of the best things in Plovdiv is that in spite of its millennia-old history that makes it the oldest living city in Europe, it is not frozen in a rigid museum atmosphere. On the contrary.

Plovdiv is alive, a city that never ceases to evolve, grow and attract new inhabitants, visitors and businesses. Its industrial area is an example for clever investment and in the past couple of years Plovdiv has become a hub of Bulgarian IT industry. The city's educational institutions and universities are among the finest in this country and the specialists who graduate from them create new opportunities for business and medical treatment. For years, Plovdiv has been known for its entertainment opportunities and its rich cultural calendar is busy with concerts, festivals, exhibitions, thematic events.

All of this makes this incredible Bulgarian city a place where we return again and again with unchanged pleasure by the rediscovery of known places and experiences and the impatience to find something new. And Plovdiv never fails to deliver. 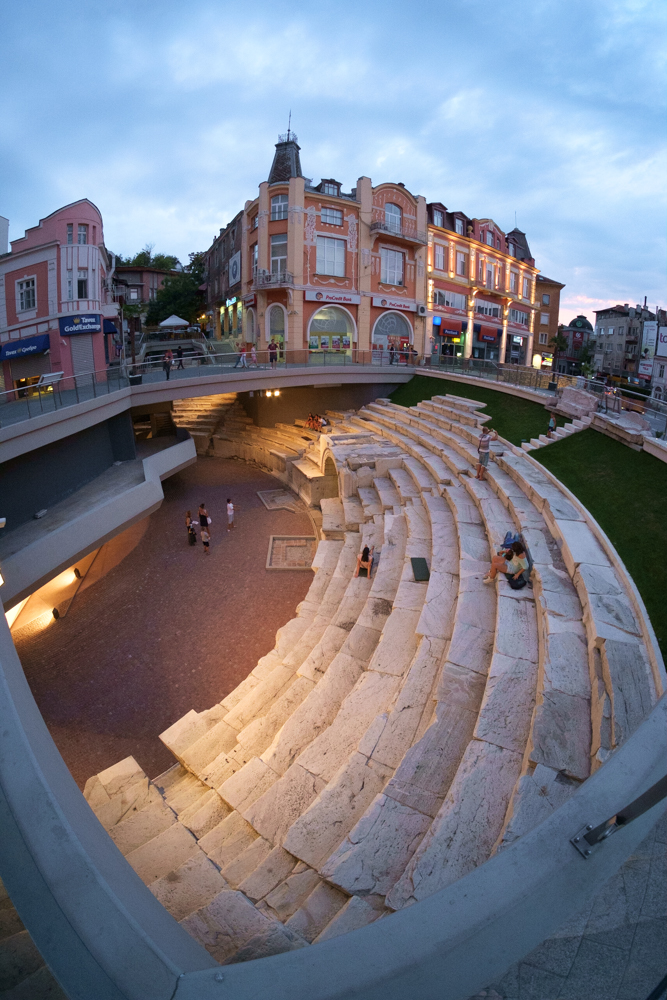 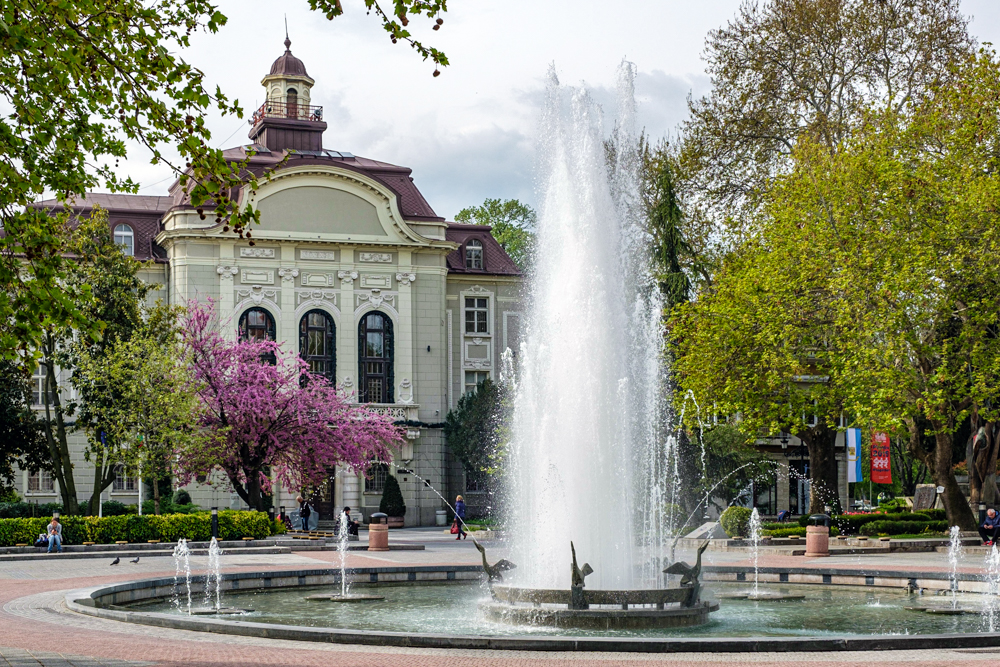 TO CATCH A MOMENT
Few things can be such an intense and rich experience as hunting.
5-STAR BULGARIA
Higher quality: one of the effects of the pandemic, which is now ending, was the change in our attitudes when choosing where to spend our vacation.
FACE TO FACE WITH NATURE
Bulgaria is one of the European countries where hunting and hunting and photo safari tourism are a true pleasure. The country's diverse geography offers a variety of landscapes and habitats where numerous animals roam.
LET'S GO ON A LUXURY HOLIDAY!
When we crave to let ourselves in exclusive pleasures. When we seek a place of quiet seclusion among nature. When we want to indulge in exquisite spa experiences and amazing cuisine... we do not book airline tickets for some exotic destination anymore.
THE CALL OF THE WILD
Let's go back to nature! This is the motto of the modern urbanite in 2021, when the time for planning the summer vacation arrives.
CLOSE ENCOUNTERS WITH WILD ANIMALS
The lockdown of the previous months made it crystal-clear for us how important active connection with nature is for our psychological wellbeing and physical health.
THE BULGARIA PLEASURE
Exotic experiences are a good thing, but for people of today, local tourism is one of the most rewarding forms of travelling. There is no need to fly and waste our energy and the precious time of our vacation at airports, waiting for connecting flights.
HUNTING IN BULGARIA

ADAM MICKIEWICZ IN BURGAS
What's in a word?
ADVANCED BULGARIAN
One thing your Bulgarian instructor will probably not be telling you, possibly because many Bulgarians will be a

AN ENGLISHMAN LOST IN MLADOST-YOUTH
I recently flew to Sofia to holiday with my Bulgarian wife and daughter.

MY OWN CHOICE: SWISH SWISS
I came to Bulgaria as a hospitality industry expert, and gastronomy is an important aspect of my work.
VAGABOND READS
In 2008 we published East of Constantinople/Travels in Unknown Turkey, a travelogue about some of the h