FAR FROM SUMMER CROWDS IN GREECE

While you speed westwards on the Egnatia Odos highway in Greece towards the port of Igoumenitsa with its ferries, you are passing by places that deserve more than just reading their names on the roadsigns and then forgetting them.

North of the highway you will find several towns deserving of a detour because of their situation and interesting history.

Kastoria is one of those. Huddled on a promontory on the Orestiada Lake, the town looks the way Bulgaria's Nesebar would if overbuilding and touristification had not taken its toll. The old part of the city is a maze of cobblestone streets squeezed between Byzantine churches, 18th-19th century mansions, and elegant buildings from the early 20th century. The reason that made Kastoria prosper since the Middle Ages is still present: fur and leather shops are everywhere. The promenade along the lake makes for a pleasant stroll and the nice restaurants are more than reasonably priced. 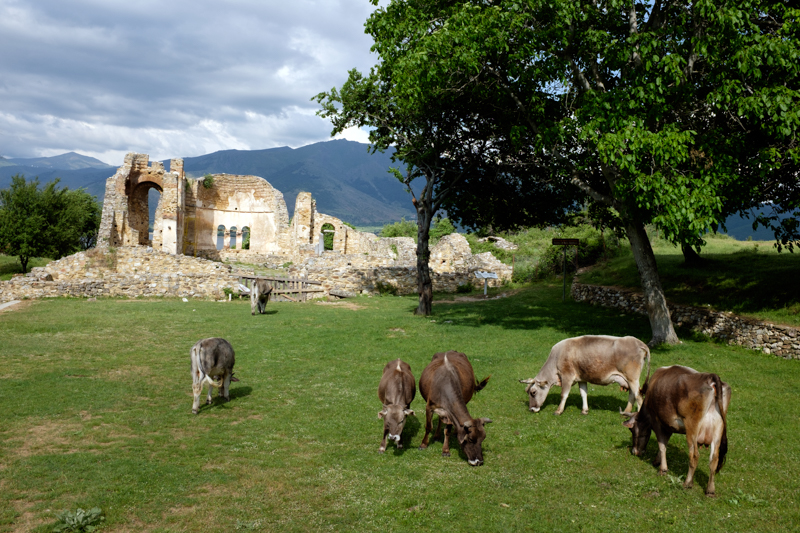 Located about an hour's drive north of Kastoria, the Prespes Lakes mark the border between Greece, Albania and Macedonia. Isolated in the high mountains, they have preserved rare plant and animal species, including Dalmatian pelicans. The area was a place of refuge for people, too. Here was the last capital of embattled Bulgarian King Samuil, who fought against the Byzantines. The king himself was buried in 1014 on the St Achilles islet in the Small Prespes Lake. The remains of St Achilles Church still stands, against the backdrop of the mountains. Another part of Samuil's story is preserved in the richly painted mediaeval church in the village of Agios Germanos. There Samuil buried his parents and his elder brother, years before he became a king.

The small hotels in Psarades village offer authentic Greek hospitality unspoilt by organised tourism. Bearing in mind the lakes' isolation, this is unlikely to change in the foreseeable future. When eating in the local restaurants, do try the regional variety of kidney beans, called Gigantes, or gigantic.

While visiting Kastoria and the Prespes Lakes requires from you to leave the Egnatia Odos, two other interesting places are right on the highway. 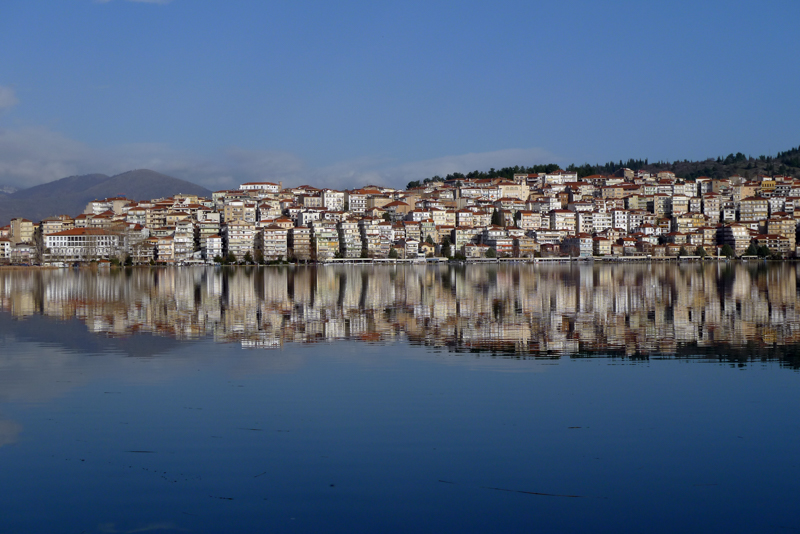 Metsovo is a town of old stone houses scattered at the foot of the demanding slopes of the Pindus mountains. It is the centre of the Aromanian minority in Greece and is popular with tourists mainly in winter, because of its ski centre. In summer it is calmer. There are a few tavernas in the centre, all of which serve excellent, hearty food. Their lamb chops are heavenly. Metsovo's centuries-old traditions of sheep husbandry have resulted not only in excellent chops, but the town is also the home of Metsovone, the semi-hard smoked cheese, an European protected designation of origin.

The Sanctuary of Zeus at Dodona is the oldest Greek oracle. The first believers arrived in this picturesque mountain valley in the 2nd millennium BC and made it so famous that it was mentioned in the Iliad. For centuries people flocked there to ask Zeus himself important questions such as: "Am I the father of her child?", "Did Pystos steal the wool?" and "Who should I marry?". Apparently the god was more than happy to answer through the rustle of his sacred oak grove. Today Dodona cannot compete in popularity with the Sanctuary of Apollo in Delphi, but the locality, combining divine nature and ancient ruins, is filled with the spirit of times long gone. There is even an oak there. It is not an offshoot of that ancient grove, but a younger tree, planted by an archaeologist of romantic inclinations.

Tourists have already discovered the Ionian islands. If you want to try one of them, let it be Lefkada. You do not even need to take a ferry as there is ground connection to the mainland. Lefkada's beaches are out-of-this world. The western and the southern coast of Lefkada is lined with steep bays with crystal clear water. The star among them is the sapphire Porto Katsiki, a deep cove of grey rocks, blue sea and white pebbles. 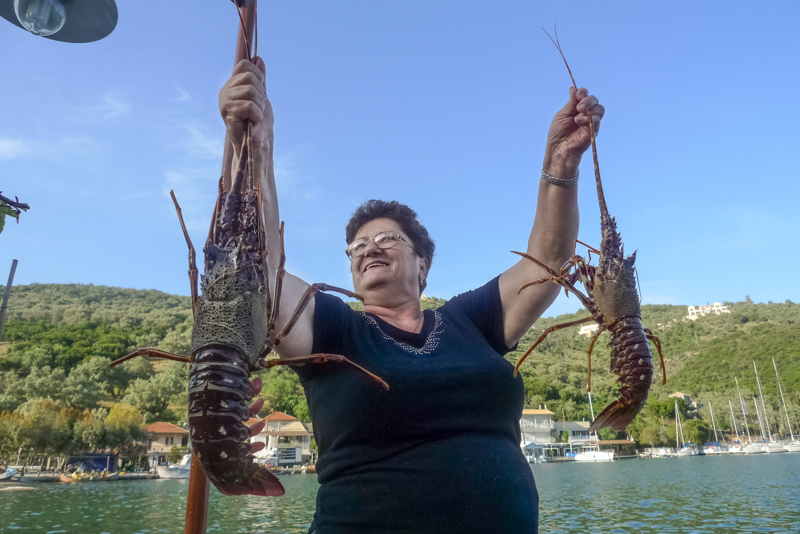 Lefkada taverns will deliver a lobster straight out of the sea

With the exception of tourist-infested Parga, the Ionian coast is largely unknown to foreign visitors, yet you will find an impressive archaeological site there.

A half-an-hour drive from Parga with its deep coves, pine trees and Venetian fortress takes you to a macabre place: the Oracle of the Dead on the Acheron. Yes, the river that in ancient myths flows through the underworld also flows through actual Greece. Its sources at Glyki are a marvellous combination of turquoise waters, steep rocks and the dark fame of one of the entrances to Hades.

The oracle itself is near Mesopotamos village; a surreal combination of an 18th century church standing on megalithic walls built in times before history was recorded. This is not that surprising, though, as religious ideas often linger for centuries at particular places, changing only the names of the deities that are said to inhabit them. If you think that your summer vacation is fine without a trip to an oracle of the dead, please reconsider. The underground inner sanctum of the sanctuary, where ancient Greeks asked ghosts for advice, is pleasantly cool after the scorching heat outside. 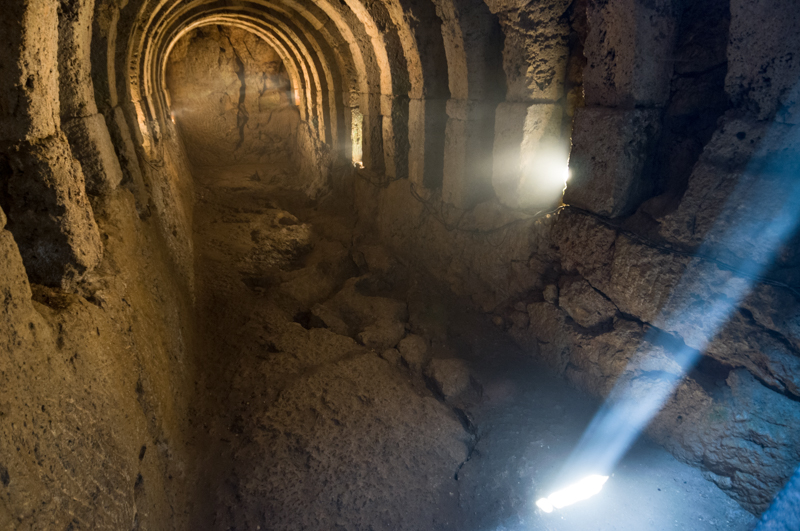 The inner sanctum of the Necromanteion, where ancient Greeks flocked to discuss the future with the dead 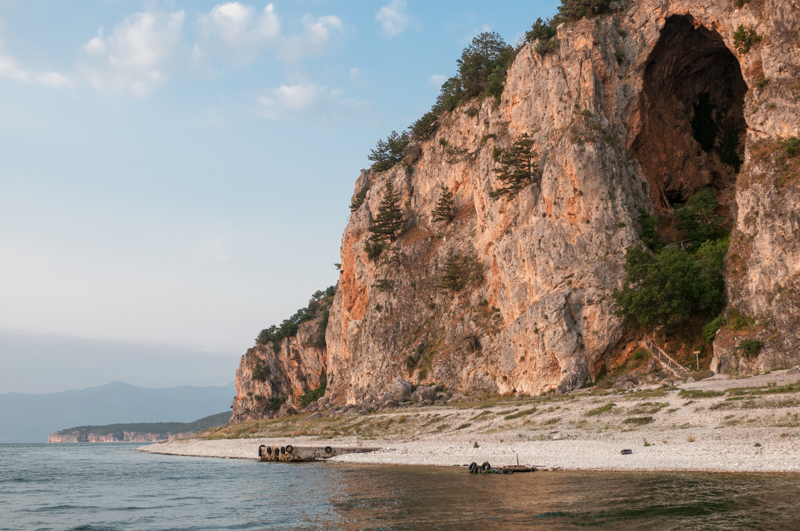 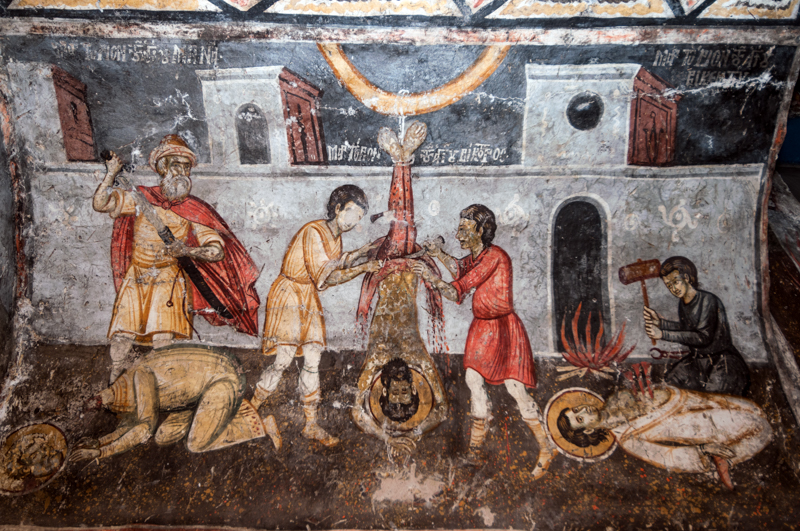