The first statue of the dictator appeared in Pravets in 1987. It was quietly dismantled in 1988. In 2001, another statue took its place – a 1970s work, made at the height of Zhivkov's rule © Anthony Georgieff

Tyrant to his country, benefactor to his village

You are in an unsightly socialist town where rustic houses are scattered amongst prefabricated housing blocks. Men are repairing Ladas and Moskviches and women are dusting carpets in the patches of green. You head for the town square and discover that it is appropriately covered with the large white slabs to be seen in so many other Bulgarian towns, the result of a 1980s plan by Communist rulers to implement pedestrian zones. But there is something a little out of kilter here. The town is oddly clean and the pavement is not falling apart. There are few stray dogs in the streets. The used Fords and Opels seem to outnumber the Ladas and the Moskviches.

A look at the street signs will provide an answer to most, if not all, of your questions. You are standing in Todor Zhivkov Square. Take the wide boulevard used as a promenade and you will end up at the monument of – you've guessed it – Todor Zhivkov. Finding the way to Todor Zhivkov's house and museum is easy – any passer-by will gladly furnish you with directions.

You might have thought that Todor Zhivkov, alongside other East European Communist dictators, was irrevocably ditched into the dustbin of history, like Honecker in the former German Democratic Republic, Husák in former Czechoslovakia and Ceausescu in the former Socialist Republic of Romania. Not in his native village, Pravets.
Here Todor Zhivkov, the top boss of the Bulgarian Communist Party for nearly 40 years, is accepted not as Brezhnev's and Andropov's docile puppet, who at some point wanted to prove his loyalty by making Bulgaria the 16th Soviet republic. Not even as the evil local strongman who is said to have personally ordered the 1978 assassination of dissident writer Georgi Markov in London and whose security services used to crush with unparalleled cruelty any act of dissent. The people in Sofia, Plovdiv and Varna still have living relatives who used to be sent to concentration camps for listening to Elvis Presley, dancing the twist and telling political jokes, but for the Pravets people Comrade Zhivkov would remain the fellow villager who used all his power to have new prefabs built for them, who got their cooperative farm off the ground and who created the pedestrian zone, the abovementioned stretch of pavement. The system the Red Army and Todor Zhivkov imposed in Bulgaria was a disaster whose victims surpass the number of Bulgarians fallen in the Second World War. But in his native village of Pravets Todor Zhivkov is remembered for turning it into a thriving town. It is a position it continues to enjoy in the early 21st Century.

For history students, Todor Zhivkov's life and rule would probably be one of Bulgaria's greatest puzzles, both from a merely factual and a psychological point of view. They would find it hard to imagine how a semi-literate "son of the soil" could dominate his political opponents for so long. 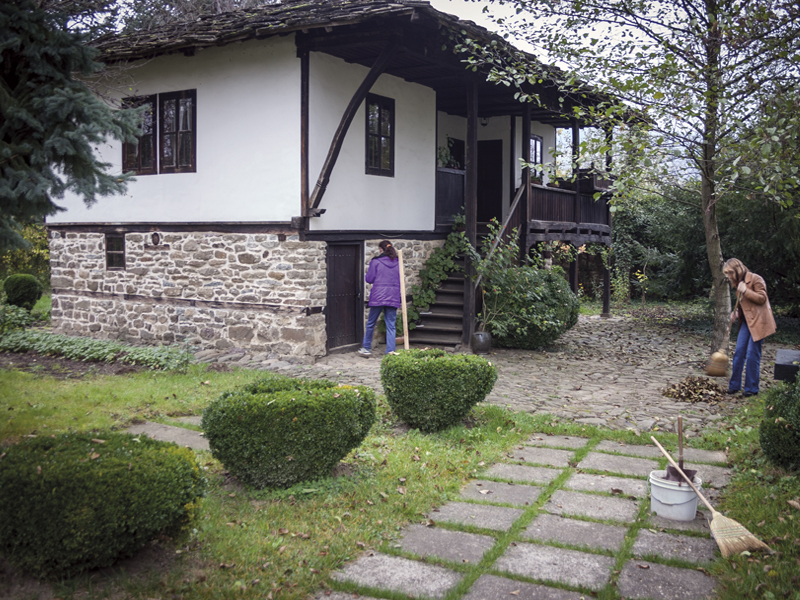 The house of Todor Zhivkov is now a museum

Born into a peasant family in 1911, Todor Zhivkov joined the Communist Party before the war. Why and how exactly Zhivkov rose through the party ranks after the Communist coup on 9 September 1944 remains a mystery, especially after his "heroic" involvement with the Chavdar guerrilla unit turned out to be mostly fiction by obsequious biographers. His higher rank party comrades ignored him until 1954, considering the lowly, dialect-speaking hick harmless. But with the help of Moscow,

Zhivkov managed to progress to the post of first secretary of the Party and oust Stalinist Anton Yugov from the prime minister's office.

In 1965, having all the power to himself, Zhivkov uncovered and quashed an attempted coup, at the time described as a "leftist" plot and later identified as a conspiracy of nationalist-minded army officers. Three years later Zhivkov enthusiastically sent Bulgarian troops to suppress the Prague Spring.

It is hardly possible to talk of any particular ideology devised by Zhivkov, despite the fact that his complete works were published in numerous volumes in Bulgaria and even in the West – by the late media tycoon Robert Maxwell. In the 1970s, Zhivkov-ruled Bulgaria became involved in arms deals with "progressive" Third World regimes while Zhivkov's actions domestically aimed at discrediting prospective rivals. The beginning of the end of the relative economic prosperity in Bulgaria came in the early 1980s. It coincided with the megalomaniacal celebrations of the 1,300th anniversary of the Bulgarian State, orchestrated by Todor Zhivkov's daughter Lyudmila, whom he had appointed minister of culture. The celebrations were paid for with taxpayers' money.

In a typically totalitarian attempt to divert the public attention from the inadequateness of Communist economics by inventing an "internal enemy," Zhivkov started persecutions of the large Turkish minority. The culmination came in 1985 when almost a million Turks living in Bulgaria were forced, sometimes at gunpoint, to change their names into Slavic ones. In 1989 they emigrated en masse to Turkey. The biggest peacetime human migration in Europe after the world war caused an economic collapse in Bulgaria.

Zhivkov was toppled by "reformed Communists" at the end of 1989. Predictably, they tried to represent him as a scapegoat, blaming him for all the misfortunes which had befallen Bulgaria in the preceding 45 years. But Zhivkov remained a militant self-promoter until the end of his life. 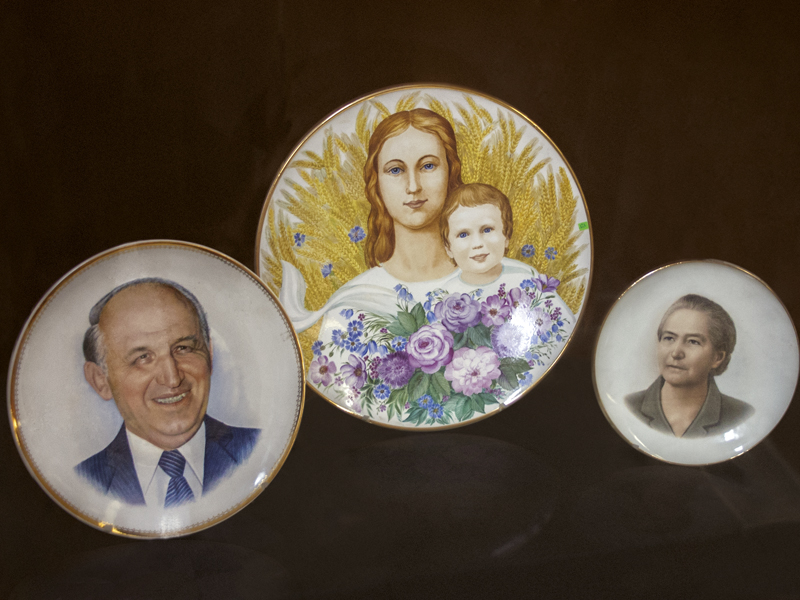 Though sentenced to seven years imprisonment, which he started "serving" in his comfortable villa in the elite Boyana suburb of Sofia, he gave interviews to everybody who would listen. He stated that his own version of Perestroyka had started long before Gorbachev, and that the latter was a traitor because the havoc he had caused led to the disintegration of the Soviet Union.

Though he was supposedly under house arrest, in May 1995 Todor Zhivkov made a triumphant comeback to his native Pravets, where he was welcomed by thousands of tearful villagers. He danced the horo in the central square.

Unlike Hungary, the Czech Republic, Poland and even Romania, where the Carpathian Museum of Hunting – Muzeul Cinegetic al Carpatilor, Ceausescu's former hunter's hut – is located, Bulgaria has no museum of Communism. Slowly and painfully, at times even comically, Bulgaria has been trying to break free of Communism, as the 1999 attempts to demolish Georgi Dimitrov's Mausoleum in central Sofia illustrated. The Communist legacy is still ubiquitous, but mainly in the shape of tumbledown factories, bad roads and the omnipresent prefabricated housing estates. Nobody wants to remember the ideology.

In this respect Pravets is indeed a hidden treasure since it is practically a large museum of Communism. We would recommend a visit to Todor Zhivkov's house of birth, an unassuming and architecturally inconspicuous structure, by which a modern two-storey building has been erected. There you can take in some of the gifts Todor Zhivkov received while in power. Standing alongside some predictable presents from leaders of states such as Syria, Iraq, North Korea and "Palestine," you will be surprised to see bowls and vases brought over to Bulgaria by emissaries from Austria, Great Britain and the United States.

A similar exhibition is displayed in the town museum too. It is of course situated in Todor Zhivkov Square.

Pravets is only 60 km away from Sofia. If you find the atmosphere of Todor Zhivkov's attractions a bit suffocating, you can always stop by the artificial pond in the western outreaches of Pravets, which is a much better place to relax. It is illuminating to know that the original recreation facility was also built on Todor Zhivkov's orders. 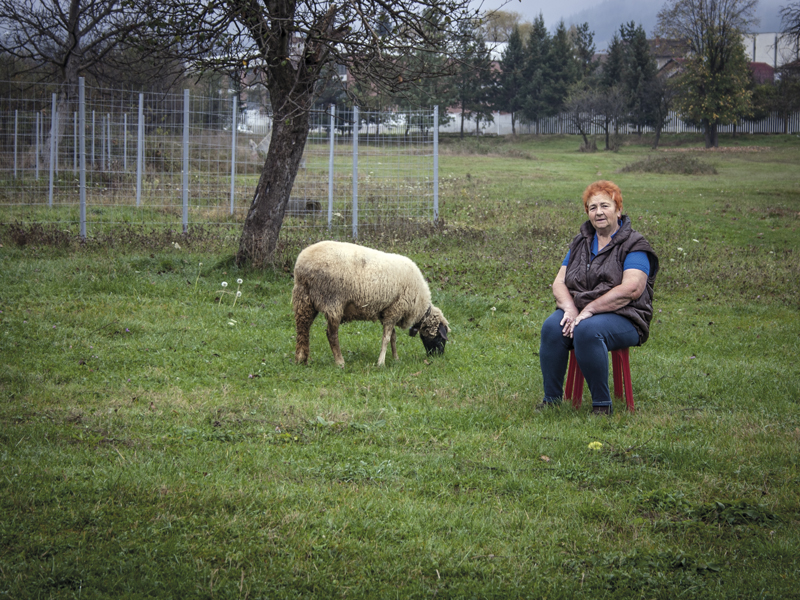 The memorial to Todor Zhivkov at his museum in Pravets repeats the last sentence of his bestselling 1997 memoir: "I, Todor Zhivkov, used all the power I had for the wellbeing of my people" 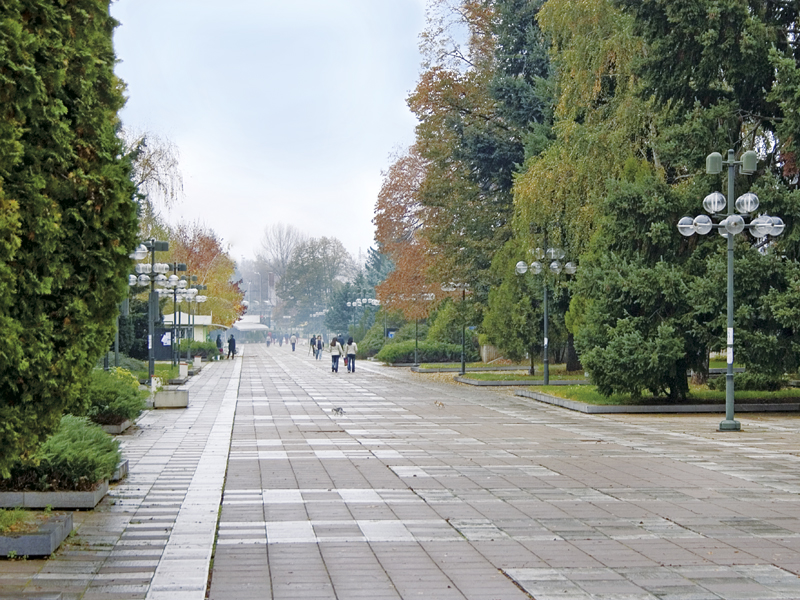 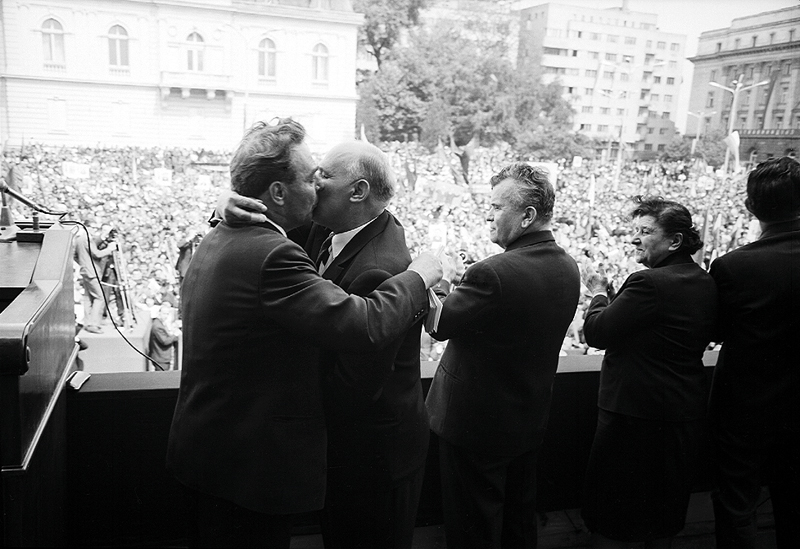 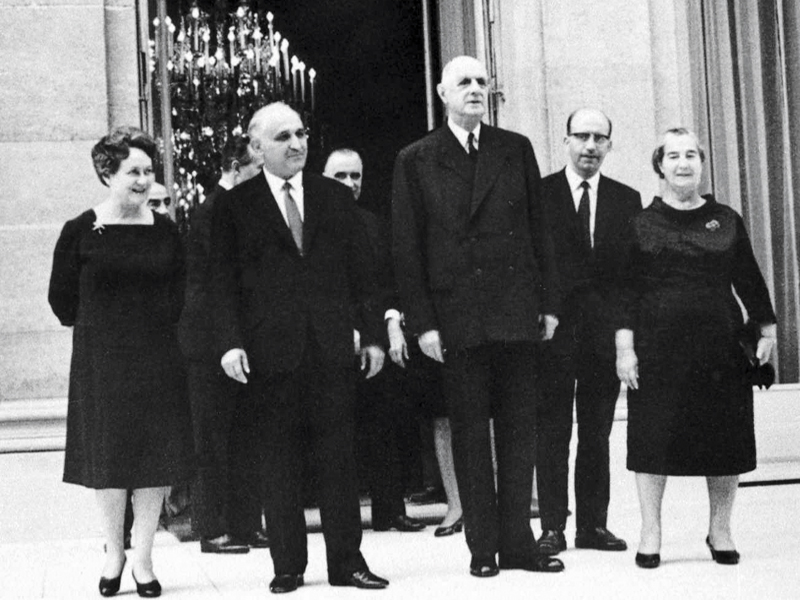 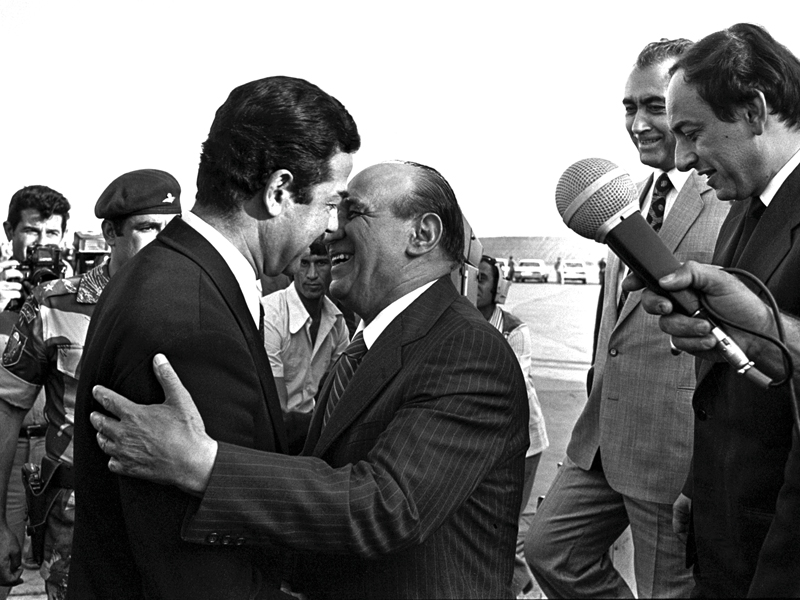 ... and the President of Iraq Saddam Hussayn 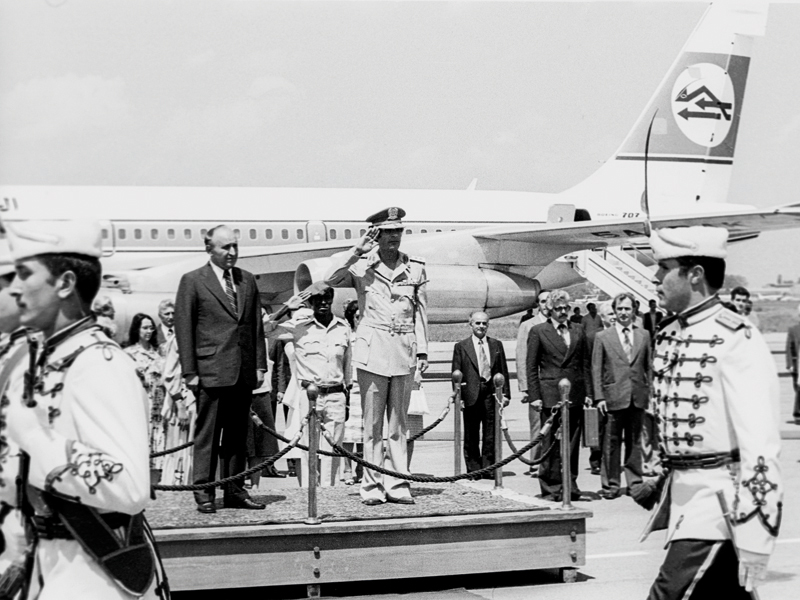