FROM THE FIRST ROOM WINDOW

Expat managers of foreign companies discover their own Bulgaria with a smile rather than a grunt. Yet, the best way to survive is to have a "stomach of steel"

"If you don't learn to savour the upsides of living in a foreign country, the downsides can drive you crazy," observes Mark Stevens, director of British defence and aerospace company BAE Systems in Sofia. His words capture the attitude shared by many general managers of large international companies in Bulgaria. 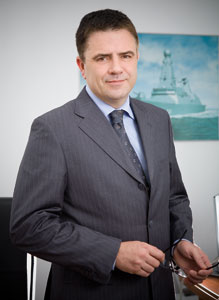 These corporate pioneers appeared in the country during the very first years of the transition to democracy in the early 1990s. Their numbers have steadily grown along with the economy – which, they say, is on the upswing. As a group, the jet-setting execs constitute an interesting part of Bulgaria's expat community. They didn't arrive as tourists, adventurers or romantics attracted by the dream of finding their niche in a picturesque Bulgarian village. They were sent by their companies to work and to share their experience with Bulgarian co-workers, expand their firms and cultivate a Westernised work environment. 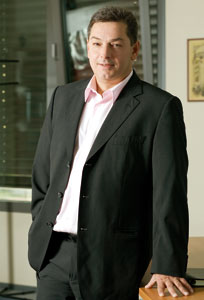 Even a brief conversation with this breed of expat quickly reveals that life in Bulgaria isn't all wine and roses – although to them, as well-paid foreigners, the country offers more blossoms than thorns. 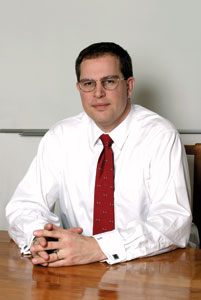 "In other countries it's harder to be a foreigner. In Bulgaria, you find reverse discrimination – Bulgarians trust foreigners far too easily," notes Kenneth Lefkowitz, president of New Europe Corporate Advisory, a corporate finance and consulting firm. For upper management, life here is stress-free, if you don't count those little surprises that crop up every single day. For example, you can be driving your car along your usual route to work in Sofia. It's only after you head down a narrow one-way street where turning around is impossible that you realise that the road is blocked off and under construction. The warning signs? They are placed in a manner that you see them only when it's too late. Belgian Johan De Smet-Van Damme, general manager of Kamenitza brewery, adds: "The first thing you learn in Bulgaria is that anything is possible here." 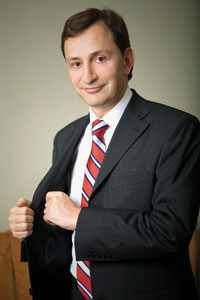 Executives are people just like everyone else, so the things that irk them about Bulgaria are the same that irritate everyone else. Their list of complaints is certainly not original, yet painfully astute: corrupt and/or incompetent traffic cops; bad roads; homeless dogs; crumbling building façades; and filthy, litter-strewn public spaces. Another annoyance is the ear-splitting music in restaurants: "It's so loud that you can't have a conversation." Another culprit is the traffic: "Pedestrians don't even have the right-of-way in crosswalks!” The Cyrillic alphabet is also a source of stress when it is used "without transliteration into Latin." However, Bulgaria's linguistic incivility also teaches foreigners to appreciate pleasant surprises: "Once I saw a directional sign in Sofia in both Bulgarian and French," exclaims Jacques Brune, general manager of the Hilton Sofia Hotel. Voilá! 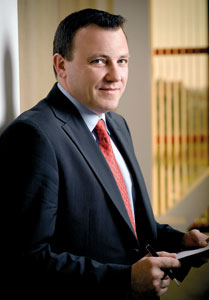 Not all executive expats are so critical. Nicolas Treand, general manager of integrated circuit and sensor manufacturer Melexis Bulgaria, claims to enjoy the Bulgarian driving style. Foreigners usually characterise Bulgarians drivers as "maniacal" or "suicidal." According to Treand, Bulgarians' biggest problem isn't that they're from the Balkans and it shows, but rather that they try to blindly copy lifestyles from the West. 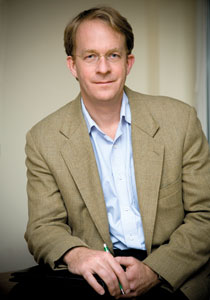 In the long run, the pros and cons balance each other out. "I'm happy that I'm in Bulgaria and not in Western Europe," says Jan Derk Van Karnebeek, general manager of Zagorka brewing company. "If you have young children, Bulgaria is the perfect place to live." 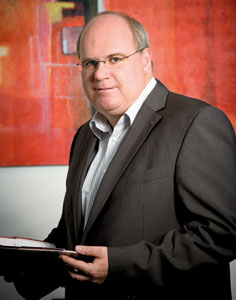 While the international credit crisis is shattering financial markets and stock exchanges, managers remain optimistic about Bulgaria's financial future. They all agree that what matters is not the size of the market but its dynamics and potential. "The most exciting thing is that everything in Bulgaria is still in its formative stages. Others can follow the trail that you have blazed," explains Josef Vinatzer, general manager of M-Tel, the mobile communications operator. 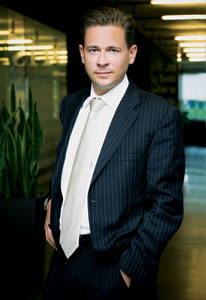 The bureaucracy, however, can be intimidating – and awfully so. "I spend more time than I would like figuring out what procedures a project has to go through than on productive work," laments Englishman Ralph Holland, who manages projects for commercial real estate giant Forton International. Banks' excessively high interest rates, the absence of an up-to-date commercial register and the flood of cheap Chinese products also frustrate foreign executives' work in Bulgaria.

Cultural differences can be a major problem too. Foreign managers are from Mars, their Bulgarian counterparts and employees are from Venus – and the chasm between them sometimes seems impossible to cross. 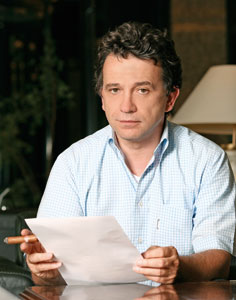 According to Tomas Witt, general manager of personal care products maker BDF in Bulgaria, when a Bulgarian says "yes," it doesn't always mean "yes," just as "no" doesn't necessarily mean "no." He explains: "Sometimes people prefer to say what they think you want them to say in order to avoid conflict." , an Italian investor in the textile and winery industries, has been similarly puzzled: "Business partners sometimes reach a decision, then the next day they start discussing it all over again." 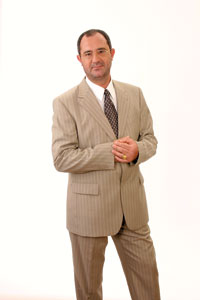 "Everything is done slowly here. When Bulgarians say 'now,' what they mean is 'a few months from now,' " explains Evangelios Kakouras, executive director Autotechnica Ltd, official representative for SEAT in Bulgaria. "What I've learned in Bulgaria is that here there's not always a direct path towards a goal. And I'm not just talking about the traffic in Sofia," adds Tomas Witt. 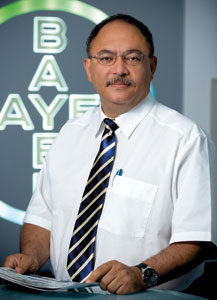 Renato Keller, general manager in Bulgaria of pharmaceutical company Bayer-Schering Pharma, offers this recipe for success in Bulgaria which many foreign managers have learned the hard way: "The most important thing here is patience. Bulgarians aren't used to making long-term plans. Their whole organisational system is focused on getting from today to tomorrow. For that reason, you need patience."

Surprisingly, all these drawbacks haven't done much damage to Bulgarians' self-confidence. In fact, Bulgarian workers often have an overblown idea of themselves. "Motivating people to have realistic expectations and to be competitive is a huge challenge in Bulgaria," notes Johan De Smet-Van Damme.

When a Bulgarian goes to work for a multinational company, he usually makes enormous demands on his employer. He feels he has the upper hand, since the low unemployment rate – 5.8 percent in August 2008 – has placed a premium on qualified employees. At interviews it's not uncommon to hear demands for sky-high salaries and brand-new company cars – right down to the make and model that the candidate thinks his position deserves. 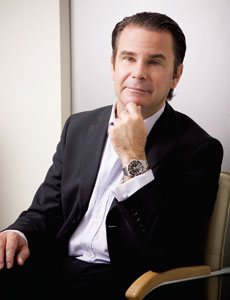 This often leads to a head-on collision with reality. "Bulgarians have extravagant, unreal expectations as far as foreign companies are concerned. They think that if you come from a big, wealthy country, you are obliged to pay them huge salaries," says Van Damme. Worse yet, Bulgarian employees often have difficulty adjusting to foreign companies' work environment and prove to be extremely stubborn. The education they have received in Bulgaria's most prestigious universities is often not enough: "The universities focus on theory, while in business, practical orientation is more important," notes media consultant Stephane Delaye. 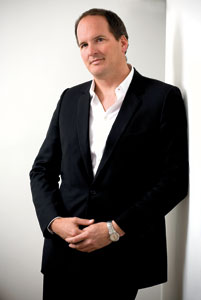 Bulgarians often cannot make decisions, finding it difficult to justify them or to accept the accompanying risks. Teamwork is also a major stumbling-block. They have more faith in foreigners than in each other: "It's easier for a foreigner and a Bulgarian to partner up than for two Bulgarians," notes Philippe Rombaut, CEO of fertiliser producer Agropolychim. Bulgarians' faith in foreigners is a double-edged sword, however. Foreign managers often don't know which of their Bulgarian partners and employees to trust. Figuring out company dynamics takes longer than usual, while the language barrier only complicates matters further.

Finding themselves in a Bulgarian environment, some managers decide to solve employee problems Bulgarian-style. They find new hires primarily through personal recommendations rather than CVs, and during job interviews rely primarily on their intuition. Their general impressions? Bulgarian women are more loyal, hard working and responsible, and generally speak foreign languages better than men. They hang onto those employees who best adapt to the company culture. "We're like one big family, so if somebody's out of place, it isn't good for him or for the company," says Josef Vinatzer. For that reason, in foreign companies' offices, rank-and-file employees' workspaces aren't segregated from the boss' office – instead, access to the manager is made as easy as possible. Execs often don't even have personal secretaries, but rely on front-desk personnel.

Some foreign managers have set their sights higher. "We're looking for a way to get some of the Bulgarians who have left the country to return," says Aurelio Calicchia, regional manager for Ericsson Telecommunications.

When it comes to clients, however, expat managers are very satisfied, especially with their female clientele. They generally agree that working with Bulgarian clients is slightly easier than with foreigners because locals aren't as capricious, aren't as aware of their rights and generally are more interested in a product's price than its quality. 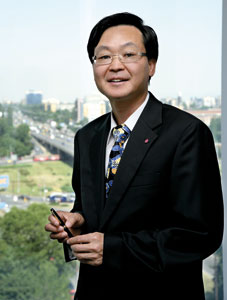 Of course, there are managers who view Bulgaria and Bulgarians in a much more positive light. "Bulgarians accept innovation more quickly and are not as conservative as other Europeans," says Yu Hyun Koo, managing director of LG Bulgaria. When Renato Keller came to Bulgaria for the first time in 1993, his friends had warned him to expect the worst: "They convinced me that Bulgaria would be like an African country and that I would miss France. I remember that even back then, in 1993, when I arrived, I said: 'This is a European country!' I've travelled to Africa frequently and can say with confidence that there's no basis for such a comparison."

For expat managers finding the right balance between personal and professional life is often the greatest challenge. Many of their spouses have decided not to follow them to Bulgaria, meaning that the majority of expat execs travel back home every weekend to be with their families. "Don't ever put your work before your family," advises Anthony Hassiotis, chief executive director of Postbank.

All foreign managers can regale you with plenty of amusing stories about Bulgaria. Most of the humour centres on cultural differences, the police and the confusion that arises from the Bulgarian custom of nodding for "no" and shaking the head for "yes." However, a few tales are downright bizarre.

Once, Jacques Brune went hiking on Vitosha. "I asked a random passer-by in English whether he knew where the trail led. He answered 'yes' in French. It turned out he was a Frenchman who'd been living in Bulgaria for 13 years representing L'Oréal. We had never met in Sofia, yet ran into each other in the middle of the woods! A week later, we saw each other again at an event."

Perhaps it is Evangelios Kakouras who summarises best expat managers' experience in Bulgaria – "To succeed in a career in Bulgaria, you have to have a stomach of steel!"

Read 10646 times Last modified on Thursday, 24 March 2016 14:27
Published in Vagabond Features
More in this category: « A FRENCH CULINARY DREAM THE BATTLE OF PLEVEN »