Stambolov's monument in Central Sofia was inaugurated in 1995 to mark the centenary of his assassination. In the 1990s, this controversial politician was presented in somewhat positive light for the first time in decades

Bulgaria's news cycle nowadays consists largely of real and imaginary scandals that grab the public attention for a while before being buried under a heap of new scandals. In July, however, a small event squeezed through the cracks and made some short-lived noise.

The tomb of politician Stefan Stambolov (1856-1895) in the Sofia Central Cemetery was vandalised. Its bronze bust was stolen and the pediment was damaged.

Vandalism of graves even in Bulgaria's most prestigious cemetery is neither rare nor newsworthy. A plethora of politicians, artists, men and women of prominence and ordinary citizens have  had their tombstones damaged, usually by thieves searching for anything they can sell for scrap metal. Stambolov's grave, which was far from being well maintained, could be one of those.

The day of the vandalisation coincided with the anniversary of Stambolov's death, in 1895. Were the two events really connected? Was this a political action and if yes, what had prompted it? So far, no one has claimed responsibility.

More than 120 years after his death, Stefan Stambolov still divides the nation. For some, he was a cunning politician and a patriot who promoted Bulgaria's political and economic independence in the first years after the liberation from the Ottomans. He was a fierce opponent of Russia's meddling in Bulgaria's internal affairs. For others, Stambolov was a bloody tyrant who decimated the opposition, banned newspapers and used violence at election times.

As often happens with prominent historical figures, in the case of Stambolov, both parties are right.

Born in Tarnovo, Stefan Stambolov engaged in the clandestine movement for independence from the Ottomans while he was still a teenager. In 1876 he was the leader of a conspiracy  in the Tarnovo region. When the April Uprising broke a few days before schedule, in Panagyurishte, Stambolov failed to raise a sufficient number of rebels. Many of his co-conspirators were captured and either executed or jailed. He managed to flee to Romania.

It was arguably the last time Stambolov showed inability to deal with a situation, at least until his assassination.

In 1878, Bulgaria's sovereignty  was restored and the country entered the tumultuous process of state building. Different political ideas clashed, fed by an ultraliberal Constitution that too many a political actor would like to see abolished. Violence against political opponents was rampant while ordinary Bulgarians, who had gone to bed as subjects of the sultan and woken up as people with freedoms and liberties, grew increasingly disillusioned. Meanwhile, institutions had to be established, the economy, deprived of its old Ottoman markets, had to be reorganised, and new infrastructure had to be build. And there was the so-called National Question. Only a fraction of the Bulgarians lived in the Principality of Bulgaria. Most had ended up in the semi-autonomous Ottoman province of Eastern Rumelia, and those in Macedonia and Aegean Thrace remained under direct Ottoman control.

Stambolov eagerly joined the chaotic Bulgarian politics of the day, siding with the Liberal Party. In 1879 he became an MP in spite of the fact that he was under 30, the required age to stand. He supported the unification of what was considered Bulgarian national territories and schemed for the resignation of the Conservative Party government. When Prince Alexander I of Battenberg suspended the Constitution and started ruling by decree, in 1881, Stambolov moved to Tarnovo, organising mass opposition in support of the very Constitution he would later so often violate himself. 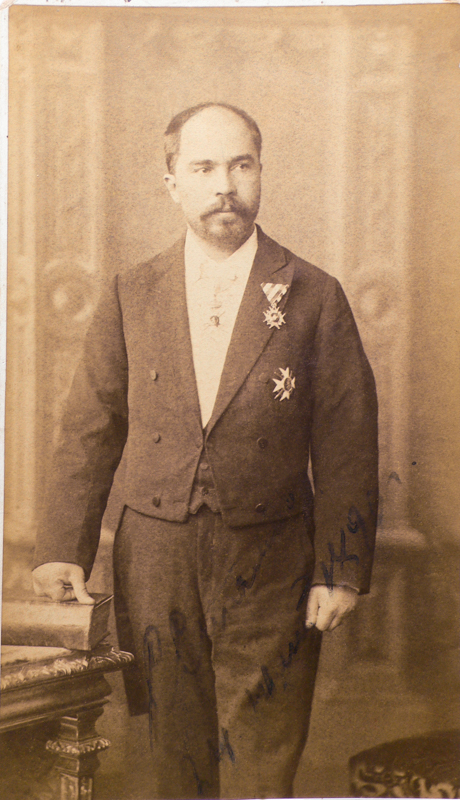 In 1885, when the Principality of Bulgaria and Eastern Rumelia united, Stambolov was already speaker of parliament. He penned Prince Alexander's proclamation that approved unification. When soon afterwards Serbia declared war on Bulgaria, he joined the army.
Stambolov's talent to seize the moment shone even brighter in 1886 when Russia forced Prince Alexander to abdicate as a punishment for his refusal to coordinate Bulgaria's foreign policy with the Tsar. Stambolov became a regent and went on a  search for a man to sit on the vacant Bulgarian throne. The following year, in a café in Vienna, he identified a candidate that seemed fit for the position: the young Ferdinand Saxe-Coburg-Gotha, a minor nobleman. In 1887, Ferdinand became a prince, and appointed Stefan Stambolov as prime minister.

Stambolov, with his newly established People's Liberal Party, remained in power until 1894. In these seven years, he achieved much, he damaged a lot, and he made a lot of powerful enemies.

Stambolov was the first Bulgarian prime minister who borrowed money from Europe. He spent most of the loans on infrastructure and modernising the army. Railways were built to connect Sofia with Europe and the Bosporus, and the Varna and Burgas ports were enlarged. The Sofia University, Bulgaria's first higher education institution, was founded. He imposed a special law to deal with highway robberies that pestered the countryside, but often used it to crush village protests against taxation.

Claiming that "I haven't killed anybody besides enemies and foes of my Fatherland," he was ruthless with his opponents. Those included a range of people such as the participants in a failed Russian plot that aimed to depose both Prince Ferdinand and Stambolov, and his former colleagues from the Liberal Party. After a unsuccessful assassination attempt against him, in 1891, in which his finance minister got killed in the crossfire, Stambolov was enraged. He took it out on the parliamentary opposition. Under his rule, elections turned violent and opposition newspapers were banned.

Stambolov's foreign policy was equally controversial. He believed that Bulgaria's greatest enemy was not the Ottoman Empire, but Russia that never shied of using its role for Bulgaria's liberation to meddle in its affairs. As for the plight of Bulgarians in Macedonia, Stambolov refused Bulgarian support for an armed rebellion in the region. Instead, he applied soft power to persuade the sultan to appoint more Bulgarian bishops across Macedonia. He thought those would be instrumental in the strengthening the Bulgarian national identity in the region.

Stambolov was a cunning and able politician, but even he could not foresee everything. Prince Ferdinand, the man Stambolov had picked seven years earlier, was no longer satisfied with being in the shadow of his more experienced prime minister. The prince wanted more power and authority. In 1894, Stambolov was embroiled in a sex scandal. He resigned, theatrically. Quite surprisingly, Ferdinand accepted the resignation.

Out of power and with lots of influential foes, Stambolov was vulnerable. At the beginning of 1895 he was already aware that an assassination plot agains him was in the making.

On 15 July 1895, he was attacked in broad daylight in central Sofia. He tried to escape the assassins, but he was caught and severely maimed with a scimitar and a knife. He died three days later.

Who and why did the killing remains a mystery to this day. The alleged killers ran abroad and the only person with an established connection to the murder was cleared in court.

Stambolov's funeral was a disgrace. Army officers were forbidden to attend. The crowd hissed and booed at the funeral procession that included Stambolov's immediate family and a couple of friends, plus the diplomatic community. There were no church bells ringing during the mass, but loud music. Happy people danced the Horo over the grave and some even planned to exhume the body and to hang it. A year later, someone blew the mound up.

When Stambolov was dead and Bulgarian politics moved onward, the image of Stambolov began to change. Under Communism, he was presented in negative light, because of its anti-Russian position. After 1989, owing to his anti-Russian position and his heavy-handed rule, he was haloed as the paragon politician that Bulgaria needed. His grave, which had been overgrown and neglected, was renovated in 1990. In 1999, someone stole the metal portrait of Stambolov. In 2003, it was renovated, with a new bronze bust – the one that was stolen in 2018. Tellingly, this bust's author is sculptor Aleksander Haytov. Today he is affiliated with the VMRO, or Internal Macedonian Revolutionary Organisation, an extreme nationalist party that is a junior partner in the current government. The original VMRO, however, was one of the suspects in Stambolov's killing because of his refusal to fund an insurgency in Macedonia.

Today Stambolov is in the pantheon of Bulgarian statesmen. A plaque on the wall of the National Academy for Theatre and Cinema Arts on Rakovski Street in Sofia marks the place of the 1895 attack against him. In the nearby Kristal Park, a macabre severed head made of bronze marks the spot where the man both acclaimed and despised as a bloody tyrant fell under his killers' long knives.

Stambolov's controversial legacy today includes questions no one has been able to answer: where is the fine line that divides good governance and despotism? Does Bulgaria need a tyrant for its economy to thrive? Is being opposed to foreign meddling in a state's infernal affairs an excuse to suppressing civic freedoms?

These questions sound quite relevant today, but they date back to Stefan Stambolov.