B. B. ON CHINESE SILK

by Stamen Manolov; photography by the Press Service of the Council of Ministers
Rate this item
(0 votes)

Whilst Europe was recovering from the terror attacks in Paris and Bulgaria reeled in an unprecedented phone tapping scandal in which two senior members of the judiciary were taped as implicating Attorney General Sotir Tsatsarov, former Interior Minister Tsvetan Tsvetanov and Prime Minister Boyko Borisov of corrupting Bulgarian justice, a large part of the Bulgarian Government, headed by the prime minister, visited China. Infrastructure projects such as linking Sofia to Beijing by high speed train were obviously on the table, in order to recreate what his Chinese counterpart, Li Keqiang, called a "New Silk Road."

Boyko Borisov went home with a present, a Chinese-designed portrait of himself. 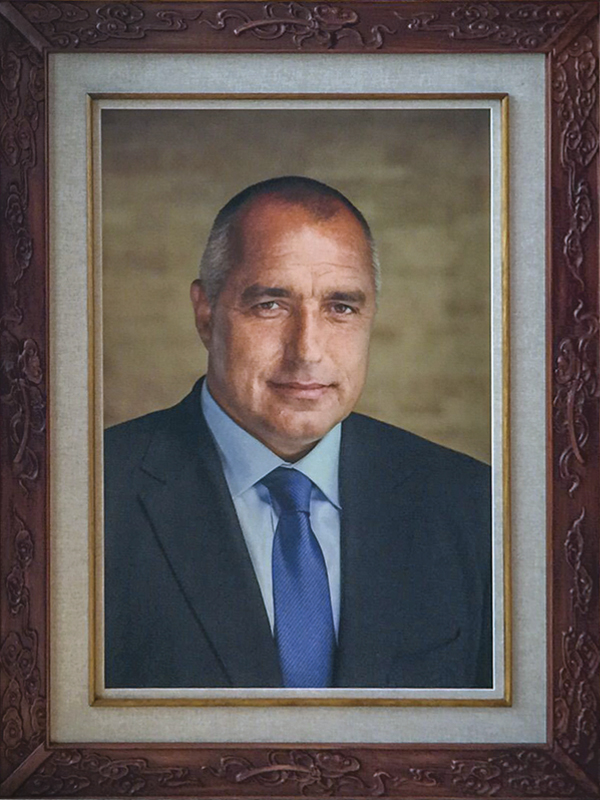 According to the accompanying note by the Chinese, proudly propagated by the Bulgarian Council of Ministers press service, the portrait was executed on silk using the latest technology of spray-painting with water-soluble material. It created a 3D shining texture revealing the beauty of silk. The painting was processed for mould-proof, light-resistant antibacterial effect. The note went on: "As a gift bring 'Good Luck and Happiness' (Gi Xiang Ru Yi), it is designed with traditional Chinese cultural elements, including auspicious clouds and Ruyi (a type of jade mare symbolising best wishes) exquisitely carved on rosewood." The product description was written in a style of small regular script of Chinese calligraphy, and the wooden packing was decorated with Song brocade, a "proud technique listed as Chinese intangible cultural heritage."

Boyko Borisov's visit to China did not go without hurdles, however. The jacket of the prime minister, a sworn non-smoker and a valiant defender of the full smoking ban in Bulgaria, was held up by airport security because of a cigarette lighter in the pocket.

Read 1991 times Last modified on Thursday, 30 June 2016 20:50
Published in Joke of the month
More in this category: « DEMOCRACY NEARLY KILLS BULGARIANS BERLIN WALL GETS PAINTED OVER »