BERLIN WALL GETS PAINTED OVER

The citizens of Sofia can now rejoice that the area around the NDK, the Communist-era megalomaniacal building previously known as the Lyudmila Zhivkova People's Palace of Culture, was given a major facelift, setting a new record in public spending for getting a square tiled. What they may not have realised, however, is that the renovation was not without its own problems, some of them comical.

To the left of the NDK, near the intersection of Fridtjof Nansen Street and Vasil Levski Boulevard, the passers-by had been accustomed to seeing a standing chunk of the Berlin Wall, a gift from the mayor of Berlin. The chunk, one of a few surviving piece of the Berlin Wall worldwide, was installed in 2006.

In 2015, the Bulgarian contractors employed to spruce up the NDK square decided to renovate the ugly stone by... painting over its graffiti. So they did. 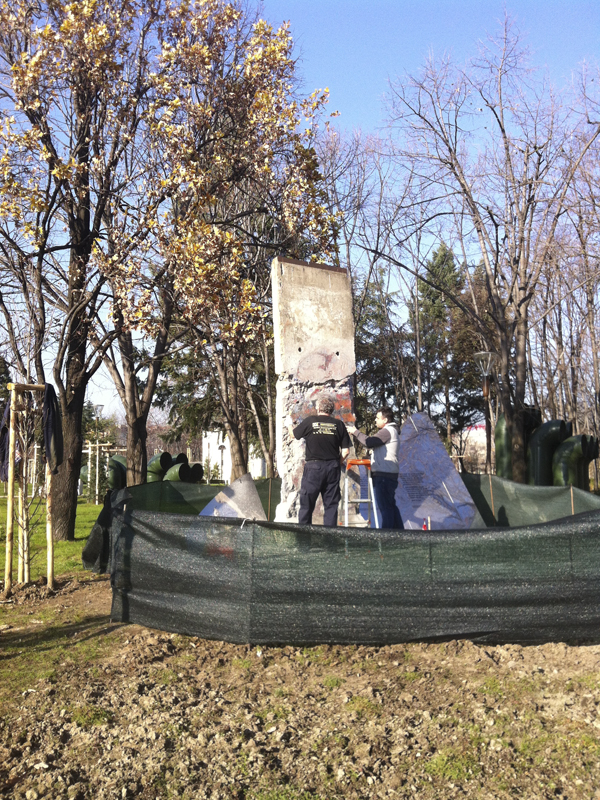 The "renovation" of the Berlin Wall created news for about two days, and the Sofia City Council ordered a reversal. So, a couple of workers with hammers and chisels went round and "restored" the stone to its original state.

Painting over history has always been problematic in Bulgaria, as is evident from the numerous attempts to "colour" the Red Army Monument in Central Sofia. The Sofia City Council usually acts very fast in such cases.