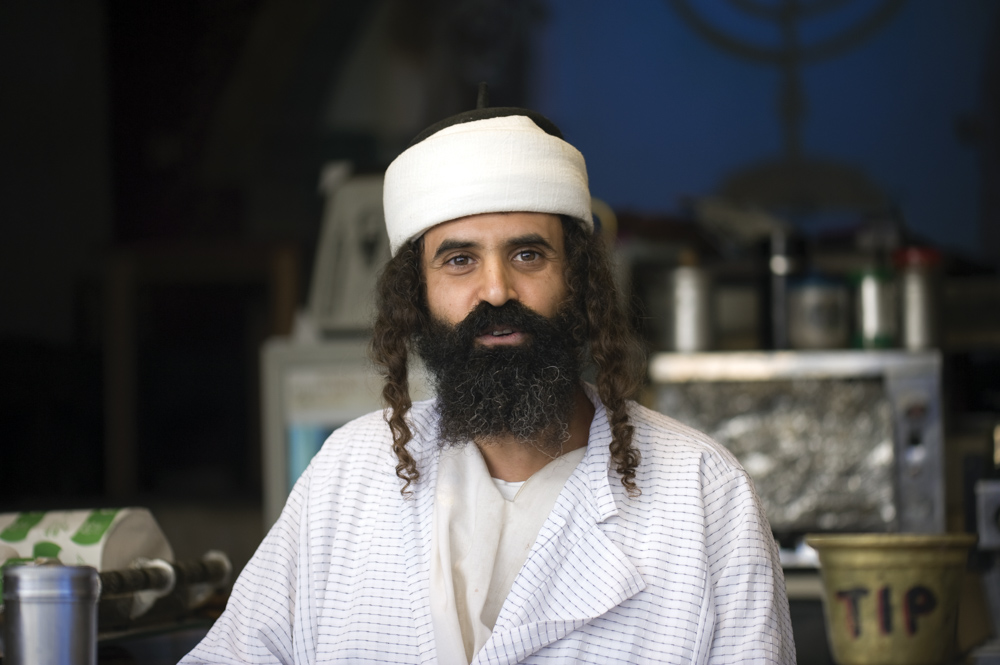 The terrible-food-and-such-small-portions jest from the Annie Hall movie was still at the back of my mind when I sat down to my very first dinner on Israeli soil, in the crowded and lemon grass scented Decks restaurant in Tiberias, on the shore of the Sea of Galilee. A week later, savouring my last dinner in the country, in the nouvelle cuisine Hachatzer in Jerusalem, I fully understood how unfair my initial prejudice had been and how much I wanted to prolong my stay, solely on account of my greed. It is hard to leave behind one of the greatest veal experiences on the planet, along with the salmon, and all those risottos, and hummus, and falafels, and roasted peppers and so on and so forth.

First-time visitors to Israel arrive with a lot of expectations. Leaving aside the strict security measures, they are ready, or think that they are, to enter the maze-like souks of Old Jerusalem and to view the sites of great historical importance, and the places where events in the Bible are believed to have happened. They are keen to stare and sweat in the desert wilderness, and to be photographed in the Dead Sea, floating in its salty waters reading a book. They come to observe or take part in the manifestations of fervent faith displayed by followers of the three great monotheistic religions; Judaism, Christianity and Islam.

They do not, in general, expect much from the cuisine. Kosher rules that forbid the mixing of meat and dairy products, and the complete ban on crustaceans and molluscs, coupled with the fact that, despite being the only true democracy in the Middle East, Israel is still in the Middle East, make you think that the food you will get there will be, hmm, Middle Eastern with a Western twist. Say, hummus and falafels and suchlike, only more expensive.

True, there are millions of falafel joints in the streets and restaurants of Israel, and the prices are on a par with those in Greece, but the country offers more, so much more, to the gourmand. In Israel you will find some of the greatest food in the world, from all over the world, and the portions are indeed, well, satisfying. Here you can lunch on French delicacies and dine on Cajun or Bulgarian specialities (these restaurants have quite a reputation in Israel). There are great places to eat kosher like Decks and Hachatzer, or non-kosher like Dixie in Tel Aviv and Zuni in Jerusalem, where you will even find pork sausages. 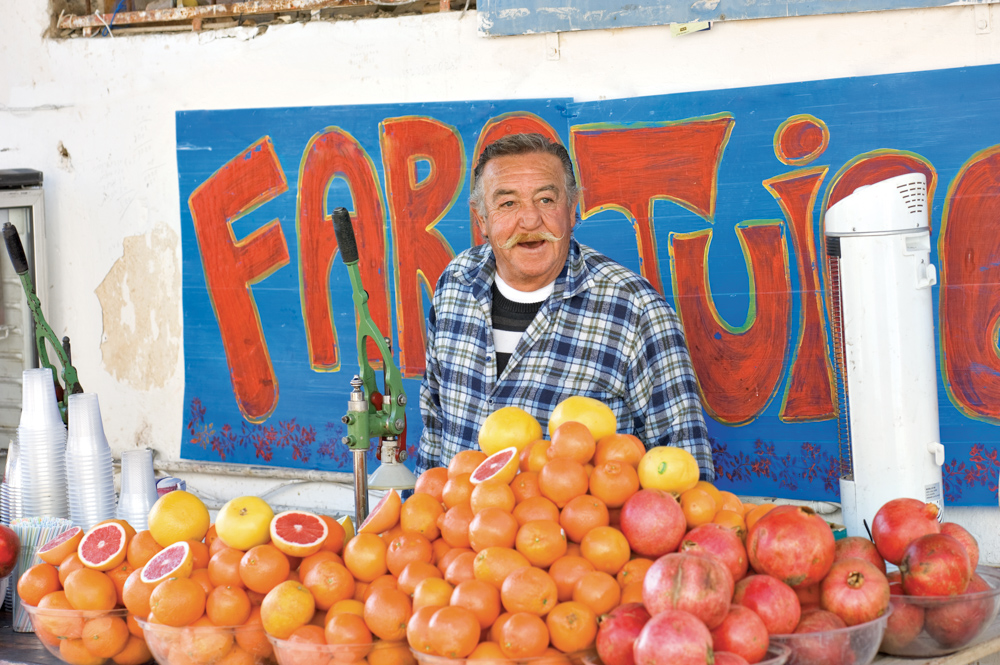 The diversity of cuisines and culinary traditions is actually not that surprising. It is in the "genes" of the state. The State of Israel was created in 1948 by hundreds of thousands of immigrants from all over the world. They brought with themselves the culinary traditions of the countries they had left ‒ France and Morocco, Yemen and Poland, India and Ethiopia. As time passed, people and recipes mingled and changed, creating an inimitable landscape of tastes. This trend continues and you will see plenty of Russian restaurants, mirroring the latest wave of mass immigration to Israel.

There are even more extreme examples of fusion. Kosher Chinese, Indian and Japanese restaurants flourish here. In a Bulgarian-owned place in Tel Aviv, you can have a hearty Greek dinner rounded off by glasses of Bulgarian rakiya which here is drunk as shots, after the food.

Quality ingredients go some way to explain the greatness of the food in Israel. As a general rule, the vegetables are fresh, the meat melts in your mouth and the bread is to die for ‒ be sure not to miss the opportunity of buying a mid-day bagel from some street vendor. All of the products taste as if GM food and industrial agriculture has never been invented. Israel grows much of the products that end up on the tables of its citizens. Every slice of arable land is meticulously cultivated; dates, tomatoes and watermelons are grown in artificial gardens in the desert. The best place to devour – with your eyes, at least – the richness of the Israeli cornucopia is the Carmel Market in Tel Aviv.

The food is not the only thing that will bring a smile to your face while you sit in a restaurant in Israel. Local wine is a reason in itself to book a flight to Tel Aviv. Viticulture has been big here since Biblical times. Noah was the first to cultivate vines and to get drunk on wine. Deuteronomy claims that grapes are among the blessed fruits in the land of Israel. In the 1920s, Baron de Rothschild gave a fresh start to the industry, introducing modern viticulture to the Shomrom region by the Mediterranean coast and Mount Carmel. This region is still one of the largest wine producing centres in Israel. Together with the Samson and Galilee regions it boasts about 80 percent of the vineyards in the country. The brightest star of Israeli winemaking these days, however, are the wines from the Golan Heights. These mountainous lands have belonged to Israel since the Six Day War in 1967 and are considered excellent for viticulture because of their hot summers and cold winters.

Wine tourism is still developing, but the country offers several pleasant possibilities for tasting in some of the best wineries. Situated in Benyamina, in the Shomrom, the Tishbi Wine Cellars are a good place to start your trip, as they offer a special, seductive and quite stunning wine and fine chocolate tasting.  Once in a winery, there is one golden rule. Do. Not. Touch. The. Barrels. It is completely against the kosher law. 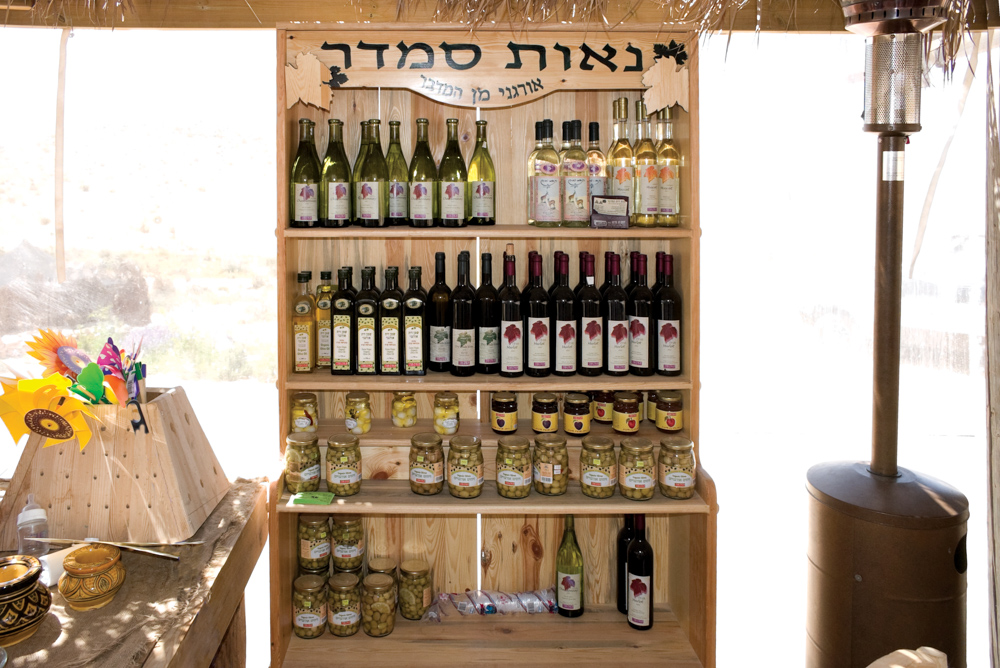