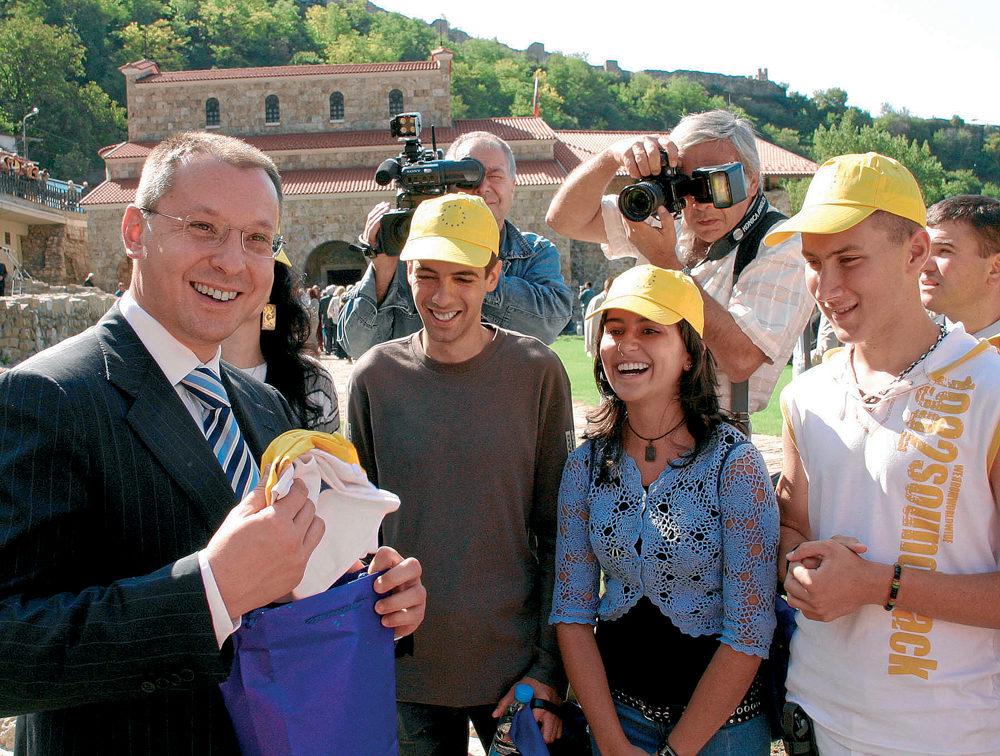 Bulgarian Prime Minister Sergey Stanishev explained that not many Bulgarians would want to go to the UK, because 'the weather there is too cold'

British journalist and Guardian columnist Polly Toynbee recently cautioned the public against confusing the British government's overall policy on immigration with the issue of work permits.

Diagnosed politically as "enlargement fatigue", Britain's decidedly negative attitude towards the next two EU-bound countries, Bulgaria and Romania, appears to be the result of the British public's discontent with government policy on a range of border-based issues, rather than an actual aversion to Polish plumbers.

Toynbee claims that Polish workers, one of the most recent bands of EU migrants to make use of Britain's open-door policy, have brought "desperately needed skills, from dentistry to plumbing, compensating for Britain's historical failure in vocational training". However, their presence in the UK has been dogged by media reports claiming that unemployment rates have increased - while rates of pay and working conditions have gone the other way.

The industry watchdog, the CBI, has called for a stay on the number of workers allowed into the UK - this was immediately rejected by the workers' union, the TUC. Brendon Barber, the organisation's general secretary, explains that the movement is opposed to restrictions being applied to Bulgarian and Romanian workers on principle, and for practical reasons. "We do not deny that recent arrivals from new EU members have had an impact, but this is because the UK's employment rights regime allows employers to exploit migrant workers and use this to undermine terms and conditions. The solution is to end the exploitation, not put up the shutters."

The arrival of what is estimated to be up to 600,000 Polish workers in the UK (there have even been mutterings about a million) has understandably had the great British public choking on its Cornflakes. The government is said to privately estimate that some 60,000 to 140,000 workers will flow in from Bulgaria and Romania in the first year; but given the Polish figures, the British public are envisaging bigger numbers. Many are now echoing the media's howls of "enough is enough" and calling on the government to introduce some sort of work-permit based immigration system that will enable the country to keep many of the undesirables, that is freeloaders and criminals, out.

One of the most outspoken critics of the government's handling of immigration is the former Home Office minister and MP for Southampton Itchen, John Denham, who now chairs the Home Affairs Select Committee. Denham believes that the government continues to seriously underestimate the numbers of Eastern European immigrants on the way.

Meanwhile Frank Field, Labour MP for Birkenhead, claims that anyone who questions mass immigration is accused of "playing the race card" to shut down debate. Field states that if current rates of immigration continue, it will change the face of Britain. "Even without any new arrivals there are not enough houses in the UK to adequately house the current population," he states.

Bulgarian Prime Minister Sergey Stanishev explained that not many Bulgarians would want to go to the UK, because 'the weather there is too cold'

Shadow Immigration Minister Damian Green has called on the government to stop "ducking and diving" the immigration issue. "It is vital that we learn the lessons of the unprecedented numbers who came into this country after the last expansion of the EU. The Government should impose conditions similar to those applied by most European countries to the last wave of EU accession countries."

Overall border concerns have also prompted further editorial investigations into the "undesirables" who are likely to try and take advantage of Bulgaria and Romania's EU status.

The Bulgarian mafia, the Balkan Roma population and human traffickers have all been widely featured, with the Daily Mail dubbing Bulgaria the "Thailand of Eastern Europe" and The People calling on the British police to "smash the Mafia of the Wild East before they get here".

For its part, Bulgaria has not taken the flack lying down. Prime Minister Sergey Stanishev told The Times that most Bulgarians were not even bothered about coming to Britain because of the bad weather and their own "lack of qualified plumbers".

The next few weeks will clearly be crucial ones for the British, Bulgarians and Romanians who now have to wait and see whether Tony Blair's government is going to bow to pressure and impose a restricted EU workers system or stick to his original plan and welcome free movement.

For the Bulgarians and Romanians, this represents the difference between the door being left open - or slammed shut.