GREECE: WHERE TRAINS GO TO DIE 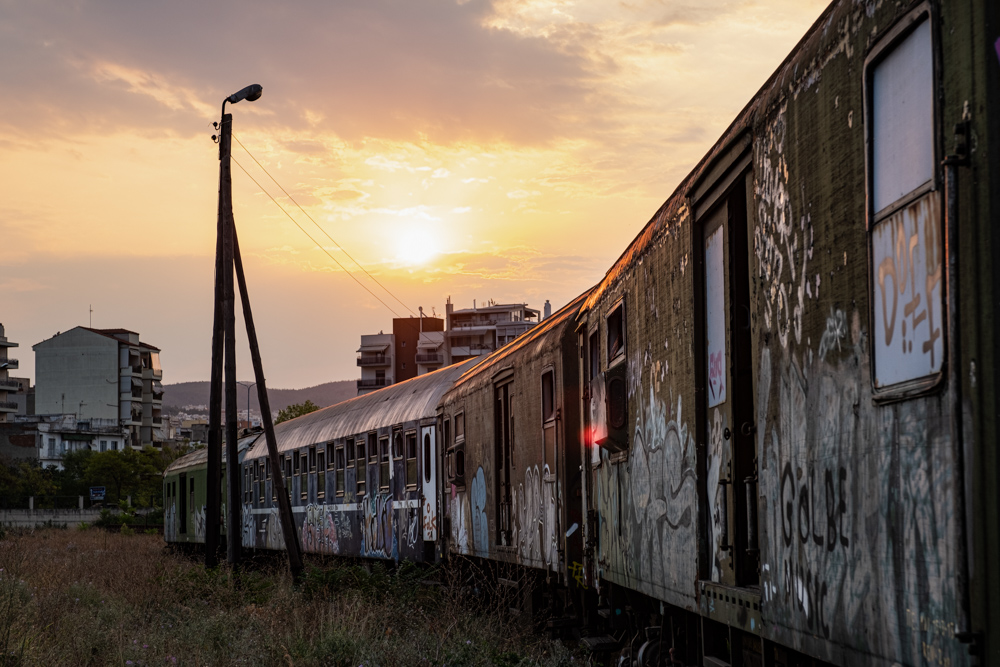 We have written extensively, with justification, about the many charms of Thessaloniki. A short drive from Bulgaria, the second largest city in Greece abounds with pleasures for both body and the soul. Excellent restaurants and charming cafés, a marvellous seaside promenade and atmospheric central streets, a lively openair market selling everything from olives to icons. Add the late-Roman ruins, Byzantine churches, Ottoman monuments, museums, bars, cultural events... You name it, Thessaloniki has it.

As in any large and lively city, Thessaloniki also has some places that are unknown not only to tourists, but also to most of its inhabitants. One of these is in a curious neighbourhood located west of the city centre; a grey zone of abandoned former industrial buildings, where clubs and late-night bars have colonised the old factories. There are several clearly labeled brothels and striptease joints among the blue-collar apartment blocks, the automobile tire and lubricant shops, a military base and some luxury hotels.

This is also where hundreds of old train carriages are rusting and turning into dust under the Greek sun. They have been there for decades, slowly disappearing and disintegrating under the undergrowth and the graffiti. 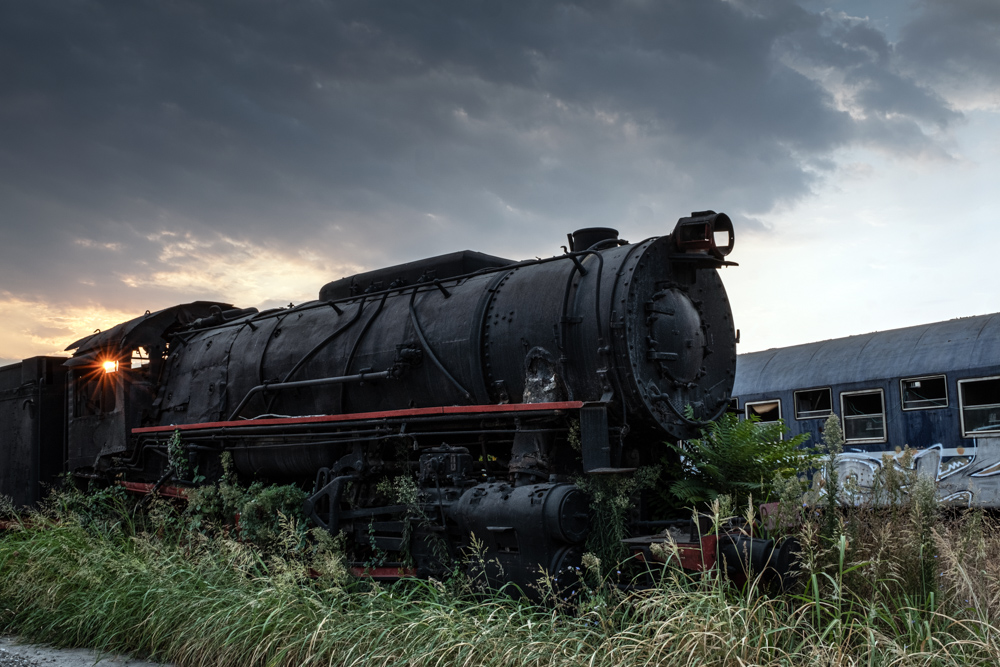 Greece, rather unsurprisingly, claims to have the oldest railway in the world. In Antiquity, a line of tree trunks crossed the narrow strip of land that connects the Peloponnese to mainland Greece at Corinth. Ancient Greeks would roll their ships from one shore to the other on the trunks, thus shortening considerably the long and dangerous voyage between the Ionian and the Aegean Sea.

The first proper railroad in Greece appeared in 1869, connecting Athens with its port at Piraeus. In the following decades, the railroad network expanded. Today, it connects Athens and Thessaloniki, extends to several other towns on the mainland and the Peloponnese, and links the country to its neighbours Bulgaria, North Macedonia and Turkey. Because of its inimitable geography of high mountains, deep gulfs and scores of islands, Greek railways could never compete in terms of speed and efficiency with highways and ferries. When an early 20th century National Geographic journalist took the train from Athens to Kalambaka to visit the famed Meteora monasteries, the journey took more than a day to cover a distance of 355 kms. Today's train covers the same distance in five hours. 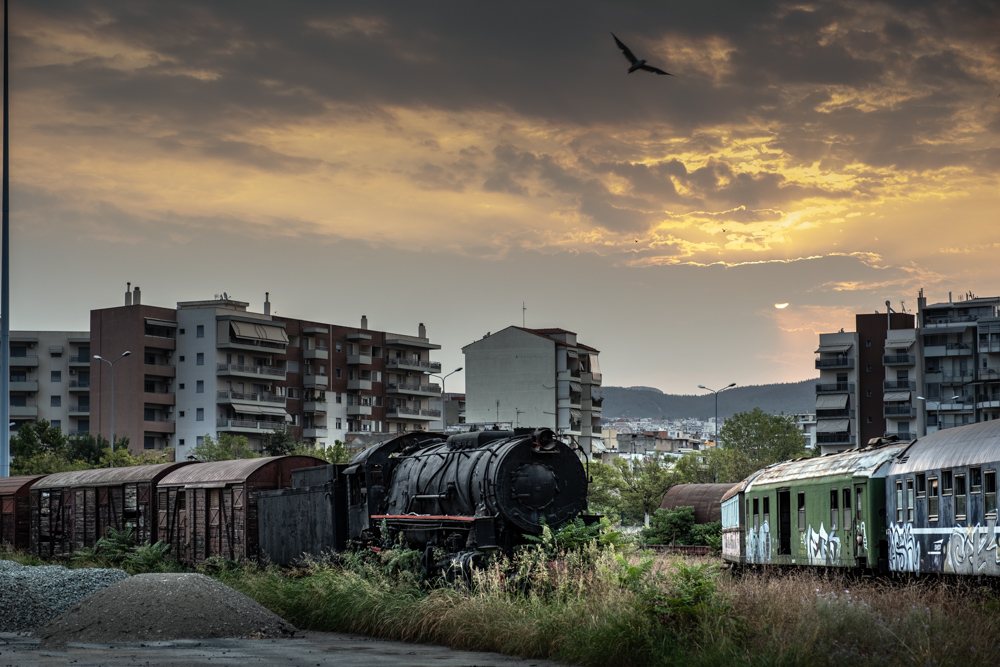 Over time, Greece modernised its railways. Tracks were widened and steam locomotives were replaced with diesel and electric ones. However, with this development came debt. Unable to compete with cars and buses or to overcome Greek topography, the railway company needed heavy subsidies to survive.

By 2010, it had accumulated a $13 billion debt, about 5 percent of the Greek GDP. Staff salaries were high, with an average annual wage of $78,000, while on some routes trains were running practically empty. Revenues were meagre. When the Greek debt crisis hit in 2009, it was estimated that it would be cheaper for the government to transport all rail passengers by taxi. Over the following years, the company was restructured and partially privatised. Some lines were closed. 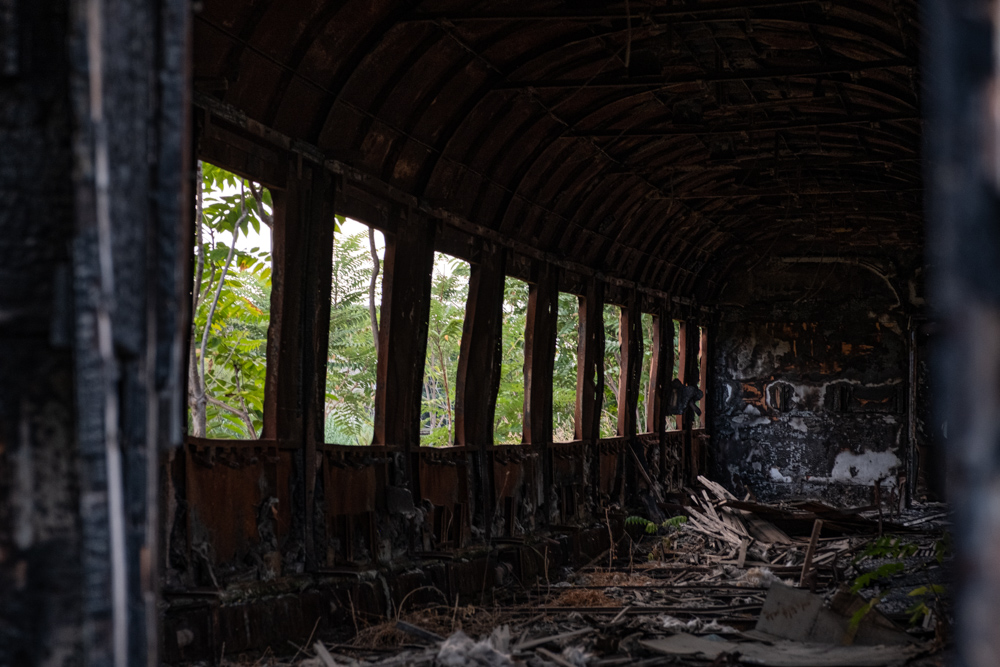 The trains crumbling into dust on the outskirts of Thessaloniki are not the result of the 2009 crisis. They are the product of better times, when the Greek economy was riding high, pun intended. In the 1980s, it seems, the best option to deal with decommissioned train carriages was to make sure they were out of sight and out of mind. In the grey area west of the centre of Thessaloniki at that time there were neither luxury hotels nor repurposed old industrial buildings. Recycling and using the old carriages for scrap metal was, obviously, seen as pointless.

This is how the train graveyard appeared, an atmospheric reminder of the ebb and flow of technology, economy and urban life. 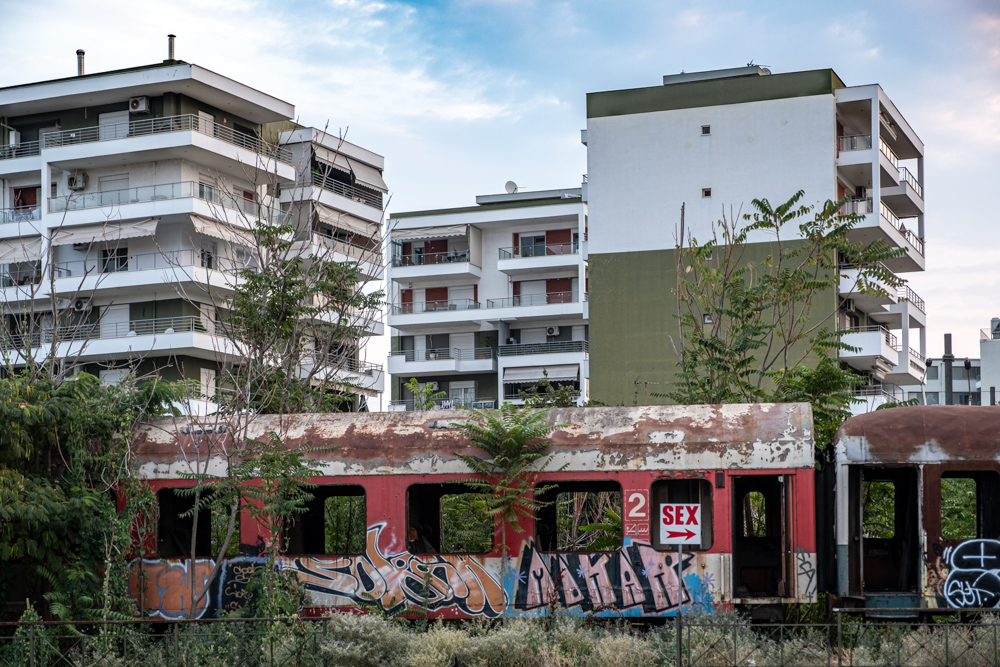