HANDS DOWN FROM BLAGO THE JESUS

Following is a verbatim translation of a press release sent out by the National Museum of History to express the views of its manager, Bozhidar Dimitrov, on the arrest, in Rome, of a Bulgarian footballer, Blagoy Georgiev aka Blago the Jesus, caught while trying to inscribe his name on a marble column in the Colosseum. 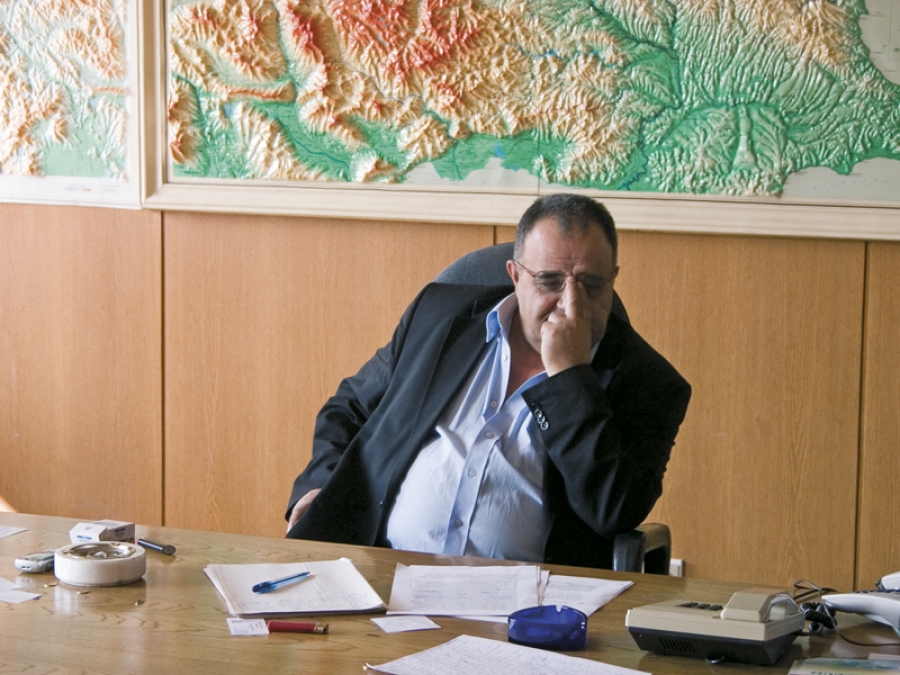 The Jesus, who is to be prosecuted in Italy for vandalism, told Italian newspaper Il Messagero that he had noted names of other people scribbled inside the Colosseum, which led him to surmise that doing that was perfectly in order.

"The attempt by footballer Blagoy Dimitrov to inscribe his name on a column in the Roman Colosseum threatens to put him in jail. However, the act of this brave Bulgarian man should not be judged too harshly, at least not in Bulgaria where scribbling on walls, columns and other antiquities has been part and parcel of Bulgarian culture for many centuries.

"Historians and archaeologists know that medieval Bulgarians used to scribble graffiti on the stone walls of forts, churches and palaces. Most were 'inappropriate.' They collectively said something like "I, Peno, a shepherd, came down to the river to water the sheep. Pena was washing shirts. So I laid her down by the riverside.'

"Archaeologists would not publish such graffiti for many years, out of modesty. At long last, 30 years ago, one archaeologist did publish a few. Two others, Academician Gyuzelev and Professor Kazimir Popksontatinov, deduced that all of those graffiti writers belonged to the low social classes: shepherds, farmers, blacksmiths, soldiers. Yet, these writings were perfectly correct grammatically. Ergo, a huge part of the Bulgarians (about 70 percent) of all social groups were literate. That was a standard, kids were being taught their mother tongue in parish schools. At the same in Europe, just two percent of the population were literate in a long-dead language that had nevertheless been adopted as official by the Church. Even emperors such as Charles the Great were illiterate, providing Georgi Dimitrov with the opportunity to mock him at the Leipzig Trial.

"Some of these graffiti were not inappropriate at all. On the famous column erected by King Ivan Assen II following the Battle of Klokotnitsa, a medieval Blago the Jesus hammered in his statement: "I, Dragan, wrote." He couldn't help it. How could Ivan Asen go down in history and Dragan wouldn't?

"So, the signature of Blago the Jesus would mean something to the historians of the future. In 200 years they could have written: 'Now that our museum of sports is full of cups and medals from world and European championships, it is hard to believe that there was a period in our football history when we were being beaten hands down in all championships, while at club championships we were beaten at the preliminary matches by village teams. The reasons for this remain unknown, especially as there is certain evidence that our footballers were literate. One of them even scribbled his name on a column at the Colosseum in Rome."