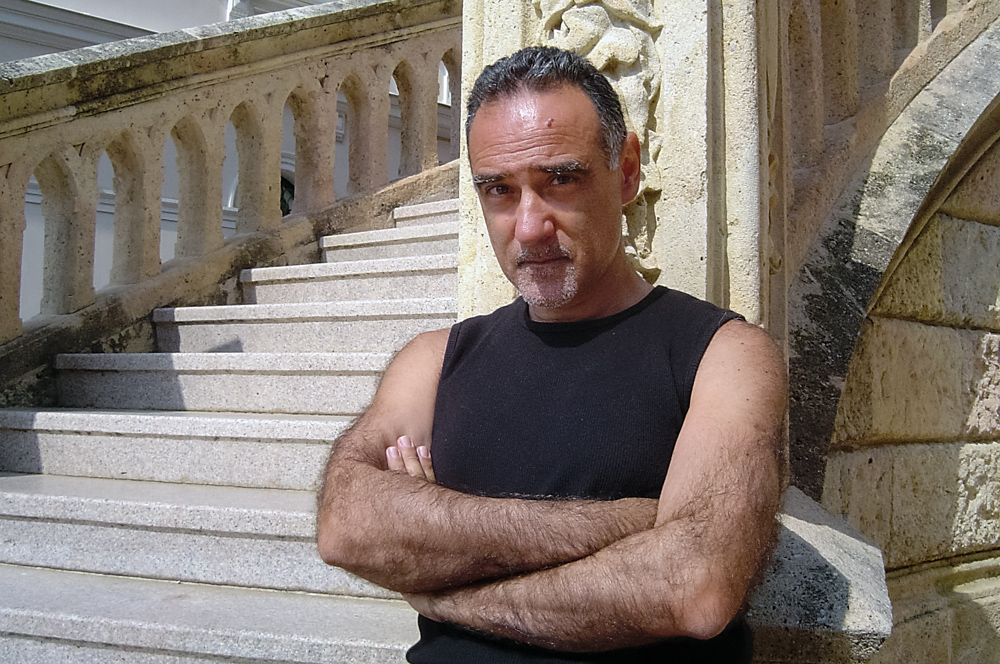 If you would rather watch seaside landscapes, snow-capped mountains, lush green valleys or deep forests, look elsewhere. Jean-Marc Caracci has focused on the urban setting as a frame for his surrealist portraits of Europeans. Ignoring political definitions, he has been travelling across the continent's capitals taking pictures of the people who live in them.

Strangely enough, the Tunisia-born Montpellier resident had the idea for his Homo Urbanus Europeanus (HUE) project during a sojourn in Chicago two years ago. "All those big buildings, all those large streets... and the 'small' people against them, looking like ants. I started shooting them right there in their natural setting, the city."

Back in France, Jean-Marc, a self-taught photographer who quit his job at a motorway company to become a fulltime artist, decided to try his hand in a mammoth project – portraits of Europeans in their respective capitals. What he meant was Europe as a continent, not the political entities confined within the EU, but the vast area stretching from Iceland to Turkey. 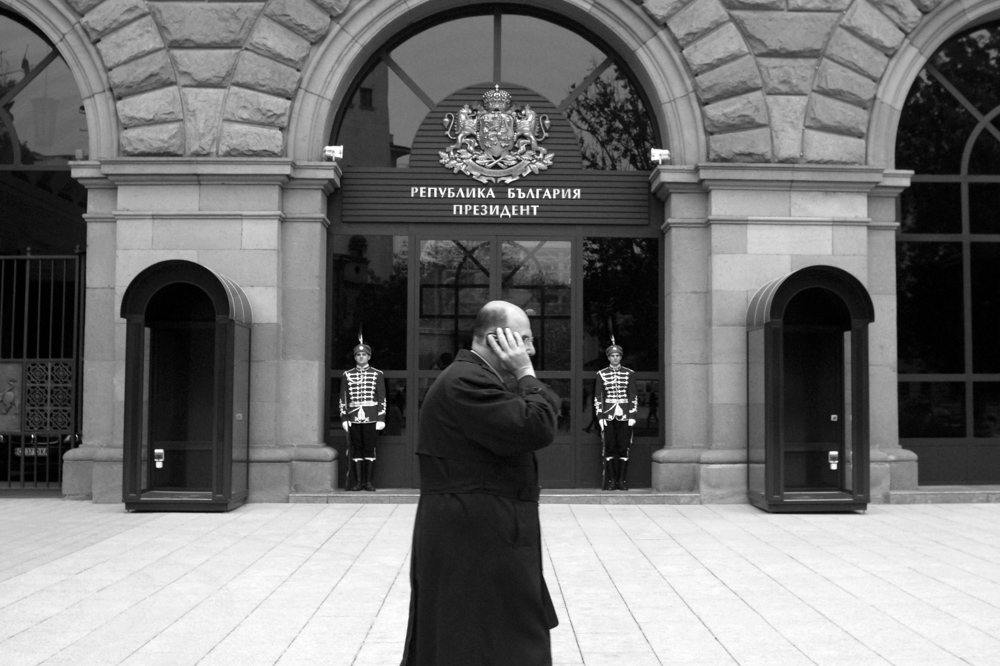 SOFIA. These two militaties are part of the architecture. Remove them ... and the building falls down

Jean-Marc says that "we are more similar than unlike." This observation is worth paying attention to, as it comes from a man who has visited 20 European capitals so far. "There are no big and essential differences. We are all Europeans… with our strengths and weaknesses. Our main strength is our way of life. Our major weakness would be to give the United States the chance to break it. My project is my way of saying that Europe should be more and more united."

Jean-Marc's portfolio is a consistently homogenous effort: instead of focusing on a city's famous landmarks he lays emphasis on its citizens in the circumstances of their everyday lives. "My main object of photographic research has always been the human being, and especially the urban man caught in a specific moment."

Following a strong French tradition of photographers such as Henri Cartier Bresson, Elliott Erwitt and Raymond Depardon, Jean-Marc tries to be "at the right place at the right time." In his case this means choosing a location, setting a composition and then waiting patiently for a passerby to come in the line of the lens.

"In the city, it's all about loneliness. My photographs bring about a feeling that we are participating in a very intimate moment of somebody's life, a moment they had allotted for themselves despite the pictures' having been taken in a public space. I like to catch this moment where people – walking, sitting, waiting – are alone with themselves, in their own universe."

What did he see in Sofia, the fourth city in the first leg of his photographic marathon, where he stayed for six days in November 2007? "The people in Sofia did not differ from people elsewhere in Europe: half of them were curious, generous and smiling…the rest were proud of themselves and closed." 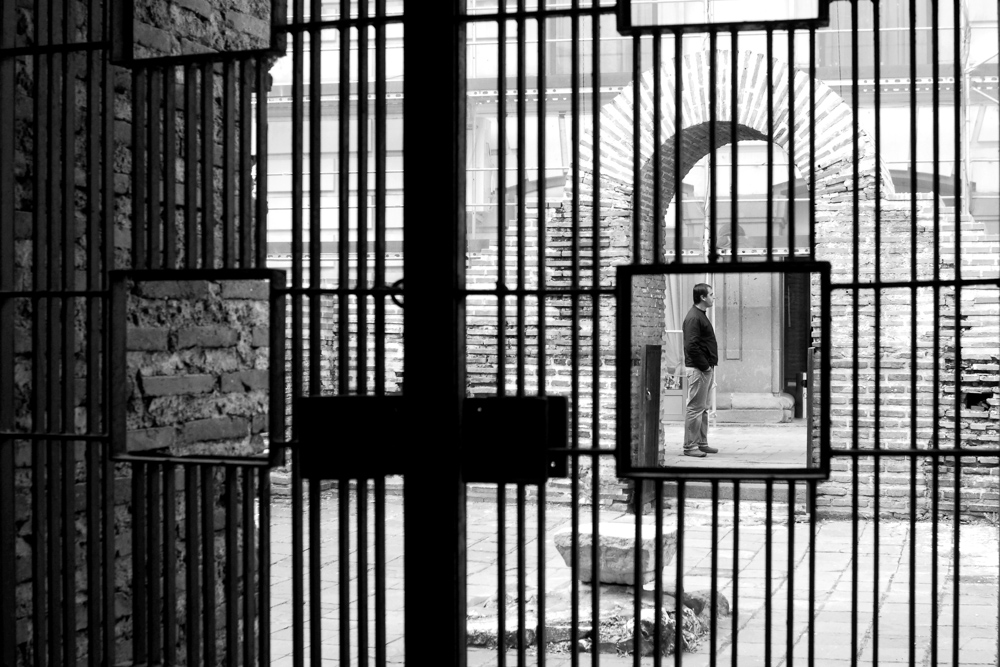 Although Jean-Marc says he never gets to know a city or a country during his short stays but only manages to scratch the surface, he did get to know a few things about Bulgarians. "What stroke me the most was the interest Bulgarians have in France, its people and culture. The fact that 'merci' is used for 'thank you' was a big surprise. I had never had Bulgarian food before my stay in Sofia, and I was happily surprised to eat so much delicious things. Oh, and I must say – although I am of Italian origin – the pizzas in Sofia were the best I have ever had."

Currently Jean-Marc is taking a break from travelling and working, and has focused on promoting his portfolio. However, his project is far from finished, and many more European capitals are on his 2009 agenda – from London to Tirana and from Lisbon to Tbilisi.

Once his photographic journey has come to an end, Jean-Marc Caracci plans to publish a book. Meanwhile, his portfolio is available at his website homo.urbanus.free.fr/europeanus. When it comes to exhibitions, Jean-Marc prefers mixing photos taken in various capitals. Taking his advice, the Estonian Ministry of Culture has scheduled to exhibit his work by displaying images taken in Tallinn as well as in other European capitals. The Warsaw University Library already did that in September 2008: photographs of Warsaw were exhibited next to ones from other capitals. The Sofia City Council has been interested in a similar exhibition, too, possibly in May 2009.

SOFIA. After the Angel of Desire, a kind of a black bird, trying to fly away